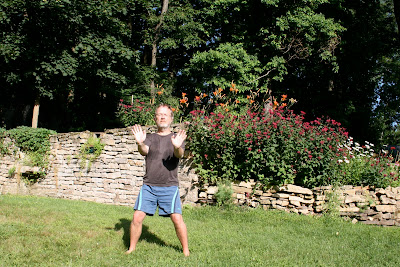 Even though I have been lucky enough to have spent most of the last weeks abroad on holiday, first in Sicily and just recently the USA, I have been on a determined bid to get back into my martial arts patterns (taught to me by my instructor Neil Johnson of White Crane Fighting Arts – see links) as a primary way of getting, and trying to stay, fit.  Luckily, the friends that I was staying with in rural New Jersey had an excellent and large garden that was perfect for my early morning routine. 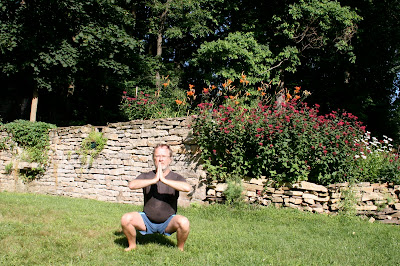 For over a month now, I have tried to do a daily session consisting of the moving meditation system named after one of kungfu’s founding fathers, the revered Da Mo. Even though it looks gentle enough, it is actually pretty demanding especially on the legs. It stretches the body gently and subtly, trains the lungs and puts you, if you can control those wandering thoughts, into an inspired state of oneness with your surroundings. It was wonderful doing this here in a woodland New Jersey garden with the sun rising above the trees and a chorus of unfamiliar and exotic-sounding birds and insects. 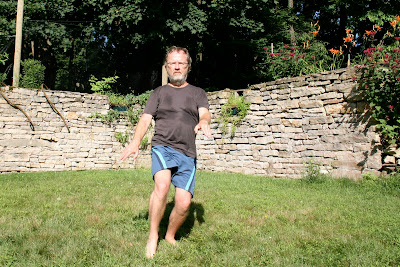 It was pretty challenging doing my Taichi and Kungfu patterns too as the strong summer sunshine racketed up the temperature. 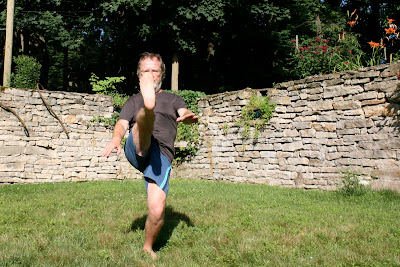 It was a great deal cooler when I started this regime at home in my small town garden in Lewes, UK. 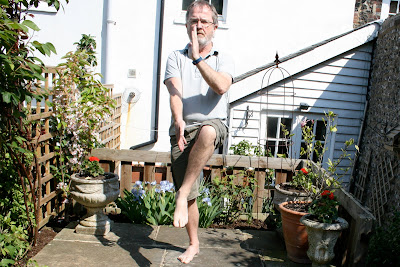 The great thing about having these patterns to perform every day is that you can really do them anywhere giving you no excuse for not keeping your body strong and flexible even if like me, you are not particularly skilled at them. 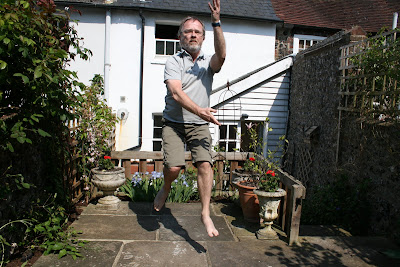 Unlike team sports or visits to the gym, you can take your exercise regime with you wherever you go and over the last year, I have done just that. As I now approach the third anniversary of a major illness, dare I say it,  the gradual recuperation and exercise is beginning to pay off. The after-effects of my brain haemorrhage now seem to be near to disappearing all together and the seizure-caused broken back too has benefited all through this period from my regular use of my White Crane Kungfu 66-move Taichi form which I began to practise again, against doctor’s orders, on the hospital ward and that has meant that I needed no physiotherapy as my spine repaired itself. So even though I can no longer take part in those highly enjoyable sparring sessions, I have been able to keep my patterns going – even my weapon patterns – in some unlikely places. All you need is the determination and a certain lack of feeling embarrassed doing the stuff in public places. 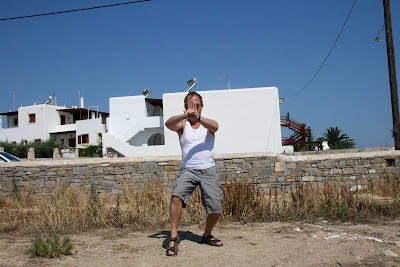 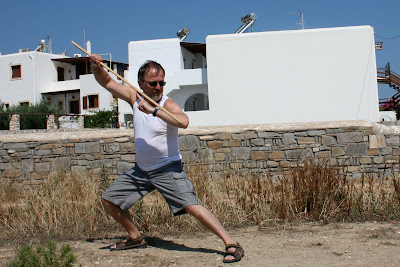 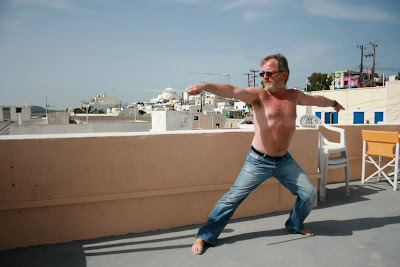 Straight sword with a strip of plastic on a hotel roof, Santorini, Greece. 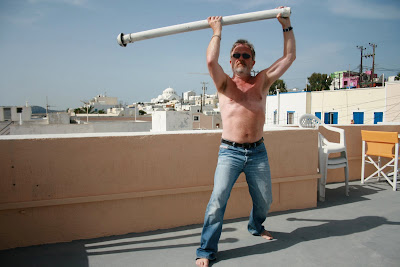 Seven and a half foot staff pattern with a plastic ventilation pipe, Santorini, Greece. 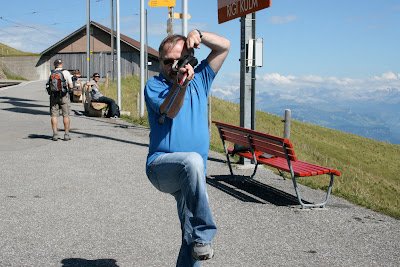 Sword pattern with a mountain walking stick on the summit of Mount Rigi, Switzerland. 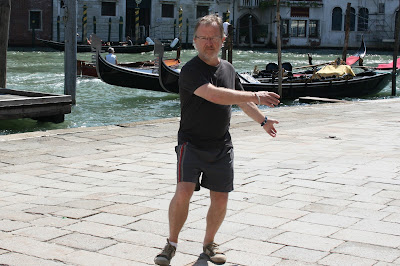 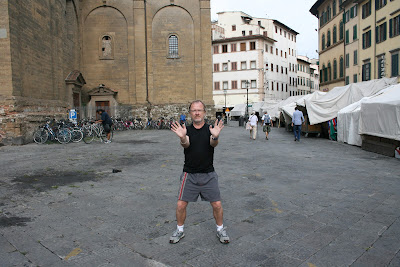 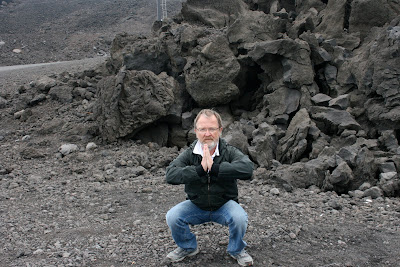 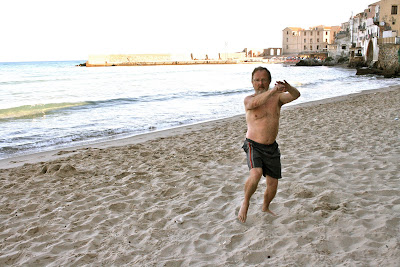 Kungfu on the beach at Cefalu, Sicily…. 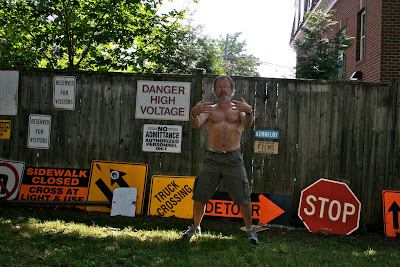 and finishing with some Chigong exercises just a few days ago in Princeton, New Jersey. It may seem strange to say this but doing these intense but also at times profoundly contemplative exercises in different lands gives me a deeper sense of the places and, don’t laugh, a feeling that I have connected with them in a special way. It all began in 2008 when I practised early morning Taichi in a park by a lake in Fujian Province, Southern China with a roaring lion breaking the morning silence in a nearby zoo. 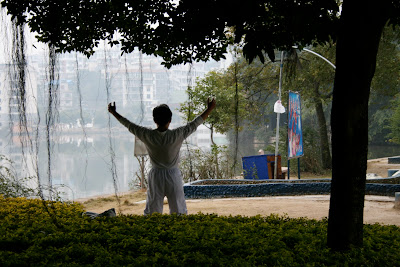 The important thing now is for me to keep it up now I am back in old England. 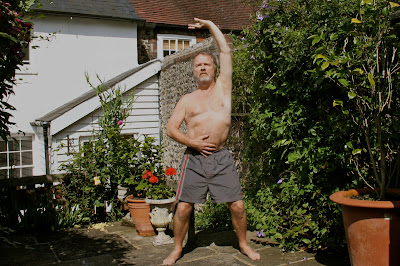