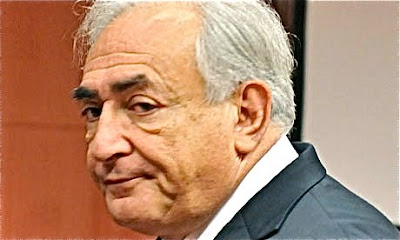 It must be very annoying getting pulled off your flight home just when you were about to leave especially if you are being arrested for a crime you didn’t commit and when you are accustomed to getting your own way. Maybe Monsieur Dominique Strauss-Kahn, the managing-director of the International Monetary Fund, is innocent of the crime – the attempted rape and sexual assault of a chamber maid in his New York hotel suite.

The New York police must be pretty sure of their case after the public humiliation of such an important man in the world of international finance at a time when the IMF is involved in the urgent financial crisis in several failing European economies.

Presuming that the chamber maid is telling the truth, it is too vivid an image to ignore and, maybe, too unsurprizing, that a rich, powerful roundly-middle-aged banker could come rushing naked out of his bathroom and try to have his way with whoever might have been unfortunate enough to be the wrong girl in the wrong place at that moment.

He wouldn’t be the first banker to think that he could get away with anything.

Monsieur Strauss-Kahn may well be innocent, as I suggest, and the crime of attempted rape and sexual assault is a serious one so we shouldn’t jump to conclusions. It is not the same as serial adultery, a reputation for being “pushy” in his sexual advances or just being French.

Certainly being a Frenchman comes with a certain set of stereotypes in the area of marital fidelity and sexual athleticism but we should be careful before we regard this alleged crime in a luxury New York hotel, as just another example of gallic laissez-faire.

Maybe the man is innocent, maybe he was just being a bit too “pushy,” maybe he thought all women  find him irresistible or, maybe, he is guilty as accused of a totally unacceptable crime. Whatever the outcome in the case, we have all been allowed to exercise our prejudices about bankers, Frenchmen, middle-aged men, fat men, rich men and politicians. Monsieur Strauss-Kahn had been the favourite in next year’s French presidential elections. His “charm” might be a tad tarnished after this and the French, God help them, may have to settle for another term with the highly resistible, Nicolas Sarkozy. 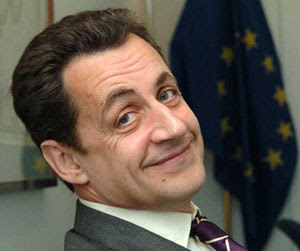