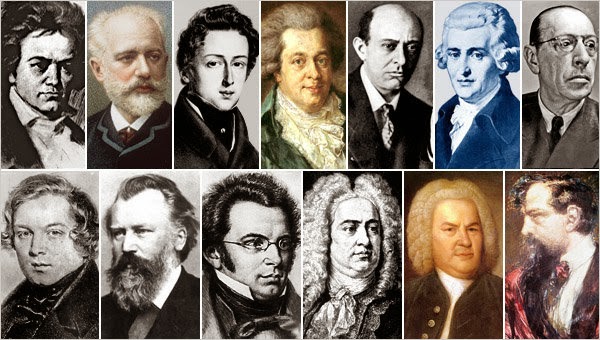 When I was a teenager I thought I had all the answers about classical music.  It was all quite simple then. Palestrina, Victoria, Byrd, Purcell, Monteverdi, J.S.Bach, Handel, Haydn, Mozart, Rossini, Beethoven, Schubert, Schumann, Bellini, Chopin, Berlioz, Verdi, Brahms, Debussy, Mahler, Elgar, Bartok and Stravinsky were the great guys. Actually, in the way of teenagers, they were more than great guys, they were my gods. I used to have plaster busts of Bach, Beethoven, Bellini, Rossini and Verdi in my room like others of my age had posters of rock bands, racing cars and football stars. Well, I was a funny lad, or so I was told (often). Now that I’m very much not a teenager any more, I haven’t changed my mind about the greatness of any of these composers but I’m a lot less condemning about some of the others, the ones not mentioned above.  Now, of course, as Oscar Wilde said: “I am not young enough to know everything.” 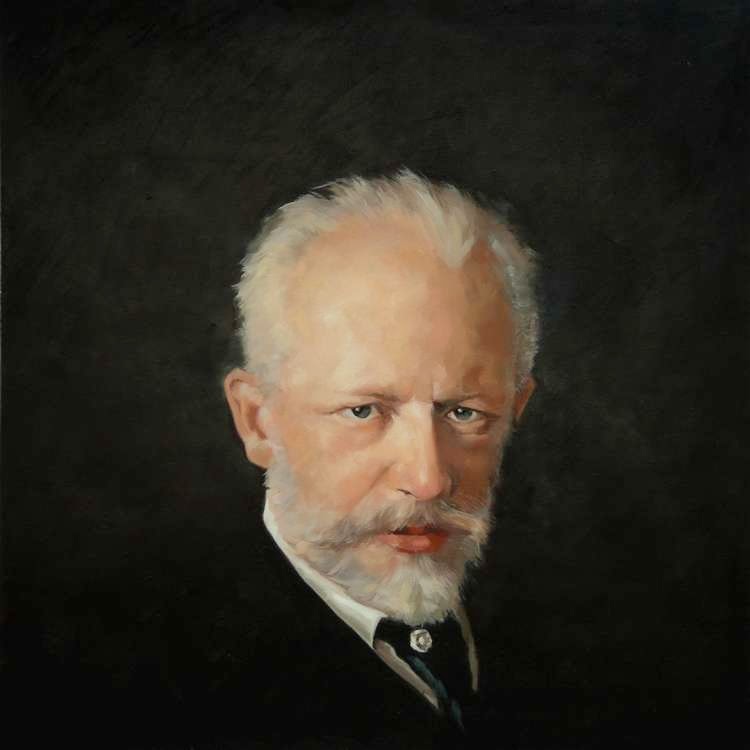 I thought of this the other day while listening to the complete ballet score of Tchaikovsky’s The Sleeping Beauty. Now, confession time, in the glory days of youth, I refused to entertain any warm feelings about the music of Tchaikovsky. I considered him nothing more than a tunesmith who got tangled up and lost whenever he tried to write anything more than a song or a dance tune. As a lad, my piano teacher made me play the waltz from The Sleeping Beauty and, how annoying young people can be, I tried to repress feelings of pleasure in that great but admittedly over-played melody. I admitted, reluctantly, that the 1812 Overture was exciting especially when the cannons competed with those tolling bells and the old Tsarist national anthem. Exciting but vulgar, I used to say with all the wisdom of ignorance and, how radical was this, I said I much preferred the Soviet Union’s national anthem (actually I still do). I was pleasantly surprised recently when I read recently that Tchaikovsky said much the same thing about what he considered was merely a pot-boiler written for the money.  Then there was the opening to THAT piano concerto – his Piano Concerto No. 1 in B flat minor – the one that comes up first on Google if you type in Piano Concerto No. 1 without mentioning any composer. Well, like the 1812 Overture, I thought the opening was thrilling but I hated to admit it. I preferred to sneer and to quote my own ‘witticism’ that Tchaikovsky was the ‘Metro Goldwyn Meyer of Classical Music.’

I think that last remark hit on the ‘problem’ of Tchaikovsky and explained why, to stupid teenagers like myself, we often underestimated the composer’s originality. So much of his music was lifted and copied by Hollywood that we have to retrain our ears to imagine what it would have sounded like before MGM and Tin Pan Alley, loving those styles as we do.

That is exactly what I’ve been trying to do on my self-imposed journey through the history of Western classical music, something I’ve often discussed on these pages. Fifteen years ago, I decided to try an experiment to ‘cleanse’ my ears of the historical memory that often stands between us and the composers original conception so I started listening to music ‘from the beginning’ again, well the year 1100, and worked my way forward chronologically excluding anything written after the date I was currently studying. 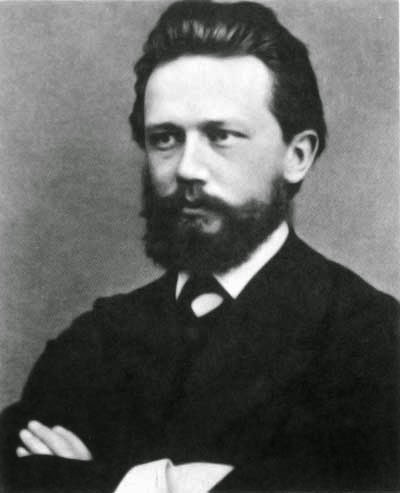 This week, I leave 1889 for 1890, and one of the many aural revelations over this period has been my appreciation of, yes, Piotr Ilych Tchaikovsky (1840 – 1893) whose music, through my ‘cleansed’ ears, sounds astonishingly ‘modern’  and, yes,  daring. Nothing more so than that thrilling opening to Piano Concerto No. 1. I have now embraced the full joy of his melodic gift, maybe unsurpassed, but also the brilliance of his orchestration now that I can appreciate his unique orchestral sound even if I can also now hear the influence of two admired but lesser composers, Charles-Camille Saint-Saëns (1835 – 1921) and Joseph Joachim Raff (1822 – 1882) . His best music is brightly coloured with daringly unexpected combinations of instruments, thematically emotional, always interesting rhythmically with cleverly hidden counter melodies that are as skillful as any of the greatest 19th Century composers.

This isn’t a complete conversion on my behalf. I still find him the great composer who, when trying to be a ‘great classical composer’, wrote some of the most boring music in the entire classical repertoire. The problem is when he tries to write what was in his time, the traditional and approved classical style: symphonies and concertos in Sonata Form with those painfully repetitive development sections. If you don’t understand these terms but just think of the middle bits of most symphonies from Haydn, Mozart and Beethoven onwards and, when you come to the first three symphonies of Tchaikovsky you will hear what I mean. Most 19th Century composers took Beethoven as their benchmark and, mostly for ill, tried to emulate his style. It unstuck Tchaikovsky whenever he tried to go there – something that happened when he felt under-regarded as a composer. His problem was trying to squeeze his very memorable melodies into cell-like themes that could be developed harmonically to build a symphonic movement of substance. This is why, say the middle sections of his overture-fantasy,  Romeo and Juliet sound so repetitive and, yes, annoying – especially as the main themes are so glorious. When it comes to, say, the outer movements of his Symphony No. 3 in D major, I just cannot bring myself to sit listening patiently to all that painfully laboured ‘classical’ style. Yes, I’m sorry, but when Tchaikovsky tries to sound like Beethoven, I’d rather start counting sheep in a field. The redeeming feature of this symphony is the unpretentious little waltz movement that shows his real genius for melody, rhythm and for miniature form – the style that would make him a great ballet composer. 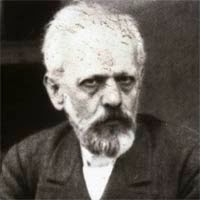 I’m now in 1890, just three years away from Tchaikovsky’s much discussed death. Did he commit suicide or was it typhoid caught from a glass of infected water? I don’t know, so I’m not going to discuss it. I do think though that homophobia has more than a little to do with why people like to think that his life had to end badly and in despair. We like to condemn ‘different’ people to painful and solitary deaths. For all the pain and anxiety in his music, there is as much joy and romantic fervour and so I’m convinced that the poor man had as much fun in his life as he also experienced pain and sadness  and you can hear all of that in his music. He was, I guess, a human being like all of us but one who could reach, in his music, those powerful emotions that we all share but which, like when I was that smart-ass teenager, we don’t always like to acknowledge.

Getting to know the music for The Sleeping Beauty, I now put it with Tchaikovsky’s very greatest music and believe that it stands up on its own as music even without the dancing. It is full of the composer’s unique qualities and has very few of his irritating mannerisms. In the end it is what we all crave, beauty itself.

As I add Tchaikovsky to the pantheon of great composers (just under those mentioned above), I would recommend that, if you haven’t already, you should get to know his opera Eugene Onegin, his ballet The Sleeping Beauty and, of course, the Symphony No. 6 in B minor, the Pathetique. No matter how often they’re played, they will never lose their power to delight, to thrill, to punch us in the stomach and to make us cry.

So here’s the wonderful Parorama movement from The Sleeping Beauty where, Tchaikovsky achieves that pure beauty inherited from his great god Wolfgang Amadeus Mozart. It’s followed by the piece that should correct anyone who still thinks Johann Strauss Jnr. was the World’s greatest writer of waltzes.  No more respect, then,  for Piotr Ilyich than this performance by the Vienna Philharmonic Orchestra under the conductor Mariss Jansons from the Vienna 2012 New Year Concert.

Wow, I feel better after this apology for my misspent youth.