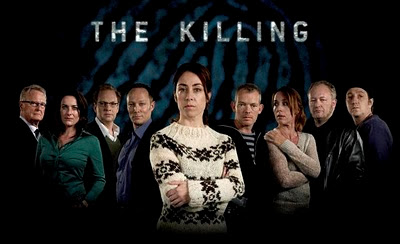 Another great moment in British television drama came to an end over the weekend. For two long, here in Britain, we have waited for a series to grip our imagination with, not just an absorbingly interesting plot but  with a cast of three-dimensional characters who were not the usual line-up of trendy teen-soap pin-ups or bland over-sexed thirtysomethings all ponced up in period costumes. We had all but given up on the idea that television drama could be more than a predictable concoction of tired cliches tied together with string and sticky tape on the patronising and often snobbishly superficial instructions of teams of mandarin TV executives. Inevitably, even as I write this, British television bosses will be writing memos telling their staff that they went the “next” The Killing – just like those poor stranded passengers who having just missed the  express train, look for a bored station porter to tell them when the next stopping train is due. America has already done it and their remake of The Killing screens on AMC in April but, no matter how good it might be, I plead with my American readers to go for the original subtitled Danish show.

There is no question that this Danish series has been the best thing on British television for years and I simply cannot wait until the Autumn when series two is coming to Britain on the surprizingly rejuvenated minority channel BBC4. The Killing’s title sequence begins with the graphic: “DR Praesenter” which, when I first saw it, I read as Doctor Presents. it is, of course Danmarks Radio Presents but, if my Danish was wrong, my instincts were right, this series was just what the doctor ordered for British television drama. 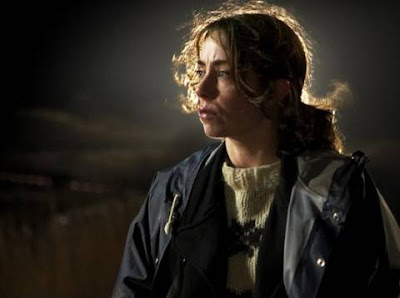 For now, we will just have to live with the memory of some terrific performances in this weekend-transforming thriller series about grubby pullovered Sarah Lund, an obsessive female detective on the verges of mental breakdown,  heart-breaking Theis and Pernille, grieving parents who are pushed to extremes of misery after the horrific and sadistic murder of their daughter, 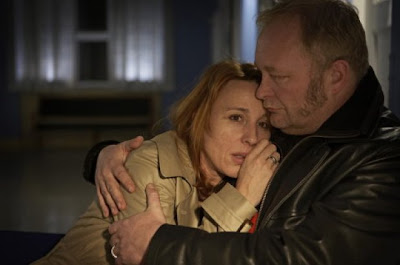 
and the troubled but silently charismatic Copenhagen mayoral candidate Troels Hartman whose electoral campaign is torn apart by the twists and turns in the ever-developing twenty episode murder plot, 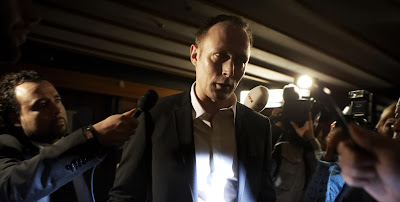 and we will all have special memories of that great television character, the ultimately loveable but thick, jug-eared, dickhead detective, Jan Meyer. 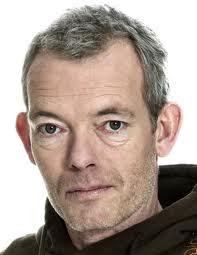