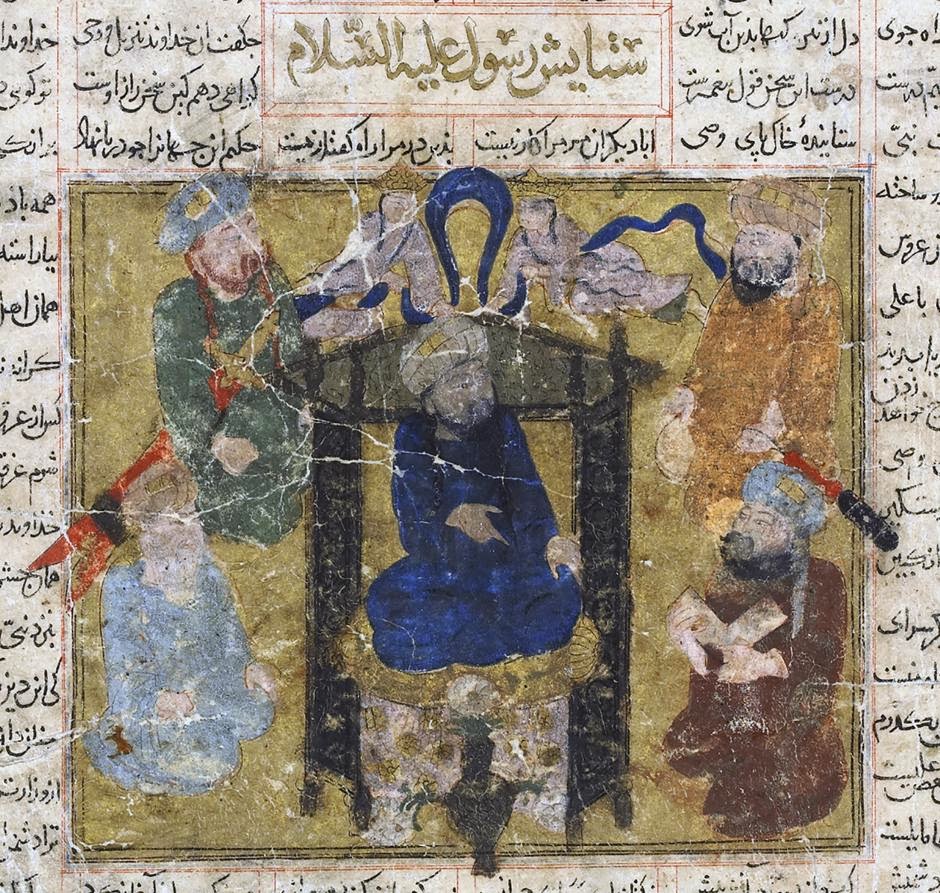 The Prophet Muhammad enthroned,  Iran, early 14th century. Freer/Sackler Museum Of Asian Art/Smithsonian Institution.
I don’t want to trespass in ignorance as my knowledge of Islam is minimal but it was only recently that I learnt that images of the Prophet Muhammad are not actually banned by all branches of Islam. This beautiful picture from the Smithsonian Institution is certainly no caricature or cartoon but you can see the prophet clearly in this realistic representation. As someone who’s always been attracted to medieval art and to the many beneficial ways European art was influenced by Arab culture, it was wonderful to see this image and to appreciate the similarities with Christian religious art from the same period. So it was news to me that The Koran doesn’t actually prohibit images of the Prophet even though some modern sects of Islam have developed a strict no imagery tradition. Apparently what the Koran prohibits is the worship of idols –  very much the same as the Christian Bible does with the Old Testament story of the Children of Israel and the Golden Calf. Moses took a dim view when, returning from the mountain with the tablets of stone containing the Ten Commandments, he found the Israelites, lead by Jeroboam, making sacrifices to the golden statue of a ‘pagan’ god. 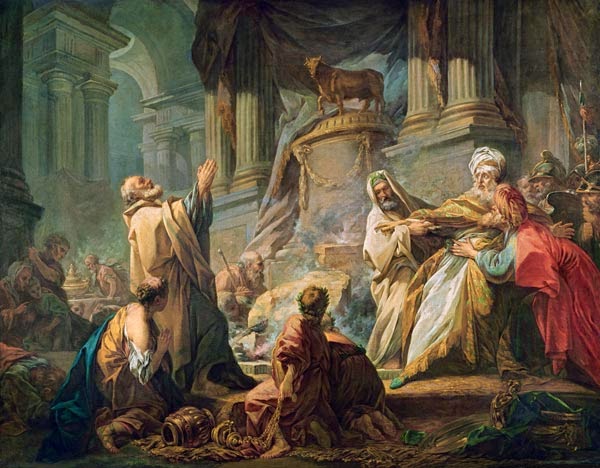 Both Christianity and Islam tried to supplant the polytheistic religions that preceded them and replace them with the theology of belief in one god. There is, according to some Islamic traditions, no comparison between icons of the Prophet and the worshiping of ‘pagan’ images. Other sects, as we have seen, take a very different view with a tiny minority, as we have seen recently, regard the showing images of the Prophet as a justification for murder. I’m told that The Koran disagrees with them over both religious imagery and murder.

The Koran and The Bible are open to interpretation but it is not for me to take a view on this. It’s worth remembering, perhaps, in these troubled times, that Christianity too has been tainted by fundamentalists who reeked destruction on religious imagery like this 15th century tomb in Hereford Cathedral where the saints heads were hacked off during the wild days of the English Reformation. 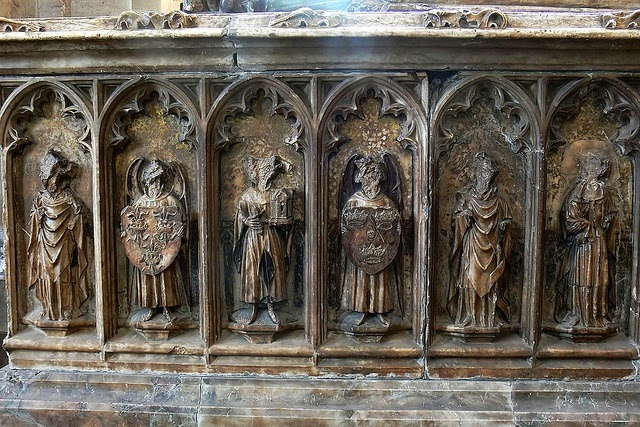 I’m sure that it’s not my place to second guess every devote Muslim’s attitude to the use of images of the Prophet Muhammad, but I for one love the dignity and sanctity of those medieval paintings that show him as a wise and loving man. 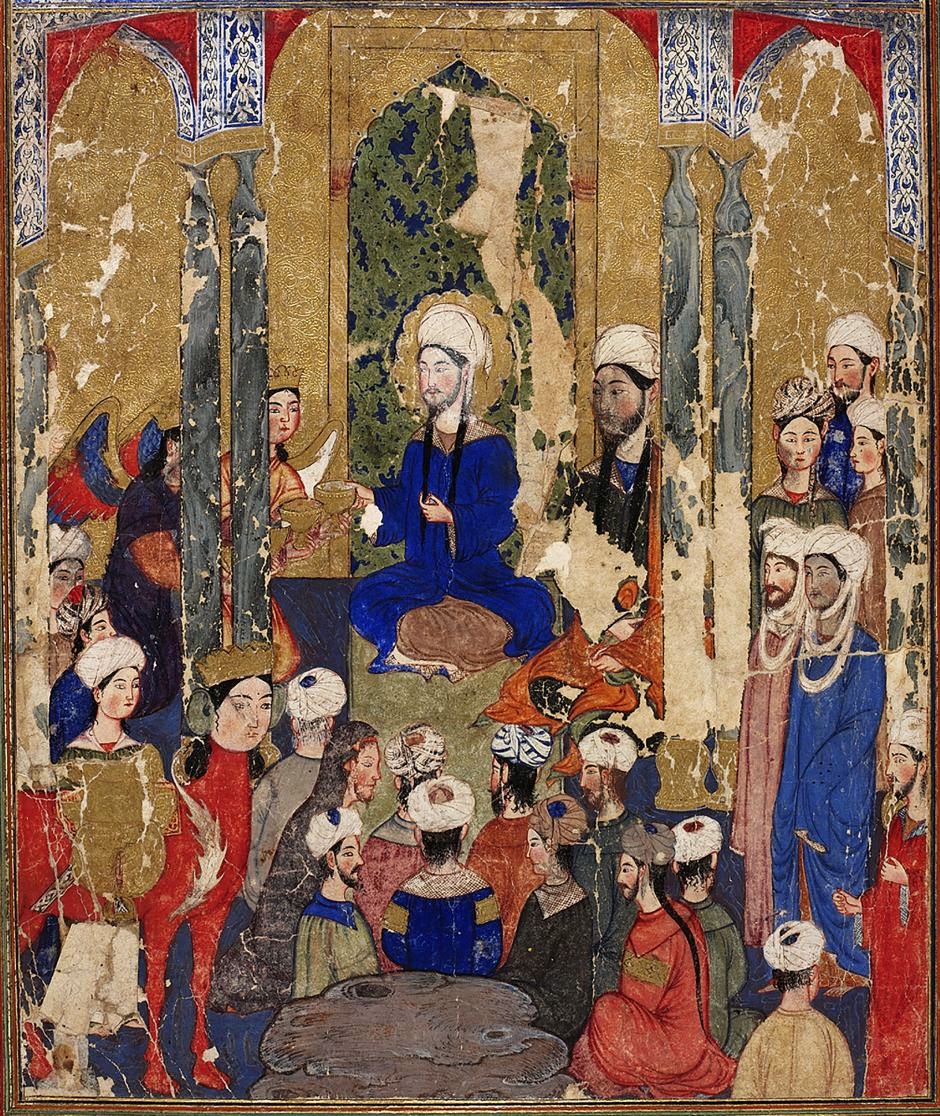