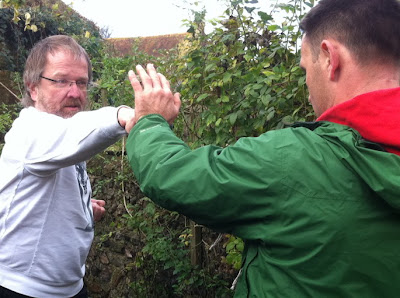 This blog is two years old this week – the first of two years worth of daily entries began on 28th December 2008 – a very long time ago, it seems.

I had been out of hospital for just a month when I started writing these entries and, at first, they were dominated by my recovery from the brain haemorrhage that nearly killed me. Two years later, I have just been discharged by my neurologist and the World seems a safer place.

Now the challenge is not so much living with illness as living with health. There is so much to do, it seems, making the most of borrowed time. Reading back at those early blog entries, I am encouraged by my optimism so I plan and hope to build on that now that I expect to be hanging around for a bit longer. 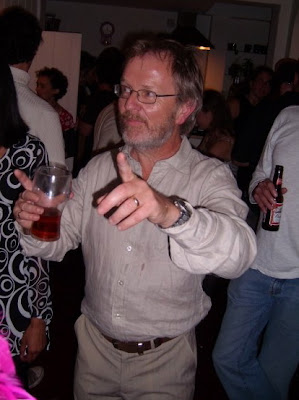 Before the brain haemorrhage in 2008 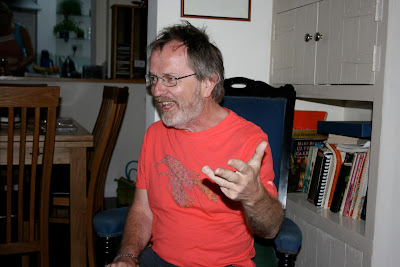 This is what I wrote then:

Coming Out Of Hospital
2008 has ended as quite a tough time for me – I came out of hospital on the 15th. November after 17 days in quite a serious state. The doctors, nurses and all the medical and auxiliary teams were outstandingly professional and overwhelmingly kind through what was quite a disturbing period in my life. So thanks to them yet again.

I will take a few months to recover but I have been told that I have made a pretty remarkable recovery and that I have been “bloody lucky”…one of the doctors put it down to my fitness due to obsessive martial arts training. Whatever it was, I am so happy to be out of hospital at last and, if you want the truth, I am actually also really grateful that I am still alive and not brain damaged or paralyzed.

It was a dramatic old time as apparently I had a serious brain haemorrhage followed by two brain seizures that were powerful enough to fracture my spine. Ouch and ouch a few times more. At first I either remember nothing or very little. I was on loads of drugs…. morphine in great quantities plus anti seizure tablets and, in fact, a daily total of over 20 tablets. I do not have to wear a back harness which is fantastic and I was allowed to practice my 66 move taichi on the ward; apparently the first time anyone has ever performed a complete martial arts form within the hospital.

It really was a reality check…the bad was very bad and the good was great. No bullshit and no euphemisms – a lot to be said for that.

I have never felt so happy about being alive. or had so many plans for the future. If I can offer you all a word of advice, albeit a well-worn cliche, live your lives for the present too and plan to achieve your dreams in the foreseeable future ‘cos you never know when you might be just wiped off the face of the Earth. Believe me, that is not as depressing a thought as it sounds, in fact it has been an inspiration to me. Let the present and the future reflect who you really are and what, deep down, you would love to achieve. Don’t let those things wait.

Hopefully that could be an inspiration to all of us as we face the unknown in 2009.