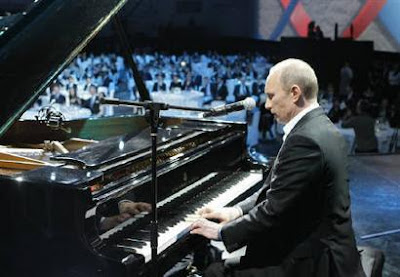 Some of us were thrilled the other day to hear the multi-talented and mega-cool Russian prime minister, Vladimir Putin, tickling the ivories at a charity event in St Petersburg. The land that produced some of the greatest of all pianists, Richter, Horovitz, Kissin, has coughed up another blistering talent. Well, Putin certainly has a talent for something – self-publicity. Let’s not knock his musical ambitions though – music is politics these days.

Remember British prime minister David Cameron, just before, er, winning the last general election? One of the many eye-catching ideas he was offering then, in April 2010,  was the Conservative Party’s school music competition, Star Schools,  where the top prize is to make a record with Gary Barlow of Take That fame. the second prize is to make two records with Gary Barlow and so on until they reach the booby prize which will is being locked in a recording studio with Gary Barlow for life. David Cameron, not a great musician himself, thinks music is “incredibly important” giving people “a feeling of self belief whilst doing something fun.” 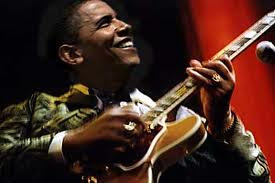 Music has done wonders for various other politicians at times when their self belief needed a bit of a boost. President obama is no hot air-guitarist….. 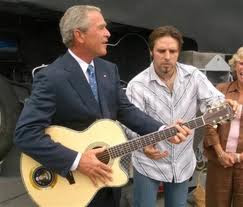 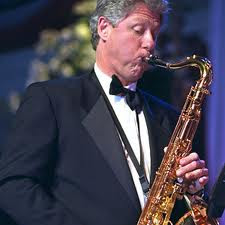 and President Clinton knows the pleasure of a good blow…… 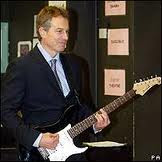 Tony Blair, the former British prime minister, gave up a promising career as a rock musician, to save the nation and lead it into war…… 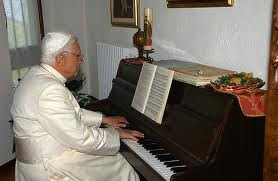 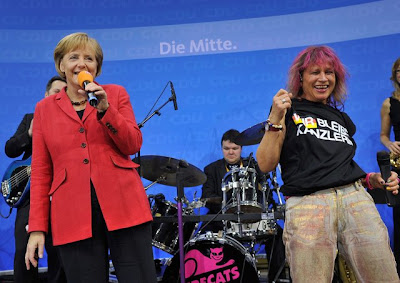 Who would have guessed that the German Chancellor, Frau Angela Merkel was a frustrated rock star after hearing her destroy a Eurotrash song with rock sensation Heidi Fudlegraf, who?, Heidi Fudlegraf, the lead singer of German mega-band, The Firecats. 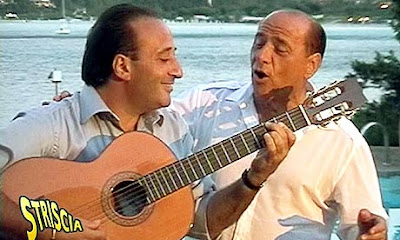 There is no surprize though to learn that Italian prime minister Silvio Berlusconi can charm the birds out of the trees with his own special brand of romantic crooning. 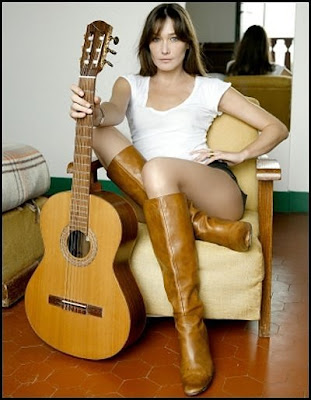 No, the World is in safe hands for as long as our polticians are sensitive musical types and don’t the know it. If they have no particular skills, like French President Nicolas Sarkozy, then at least he had the sense to marry the gifted, er, musician and singer, the leggy and not too proud to show it, Carla Bruni. 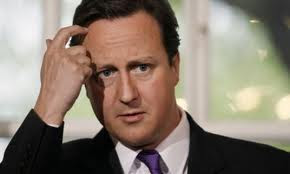