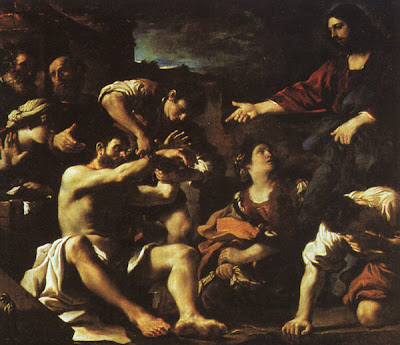 The Raising of Lazarus by Guercino 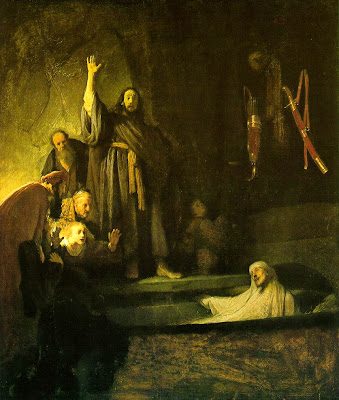 The Raising of Lazarus by Rembrandt

Well, let’s not go over the top but I am feeling a lot better today after my bout of ‘flu which followed immediately after I was told that I had largely recovered from a life-threatening brain haemorrhage. Maybe it was a feverish moment that brought Lazarus to mind but it  doesn’t take much for me to star in some Biblical epic of my dreams. Jesus raising the dead Lazarus was, for me in my childhood, always one of the most vivid images from the Bible and it has often been a potent theme in great art as you can see in these paintings by Guercino, Rembrandt and Caravaggio. I used to imagine being Lazarus and being, well, embarrassed to find myself waking up wrapped in a few rags not knowing what had happened with all those people watching and having to react to the World all over again.

It is quite a challenge, it seems to me now that I am considerably older, to justify your place in the World when you are “brought back” from a possible early exit. Somehow,  you feel, you have to have a big idea or so it seems. Maybe too big an idea for a mere human being. T.S.Eliot caught the feeling in his great Prufrock poem:

(from The Love Song of J. Arthur Prufrock by T.S.Eliot) 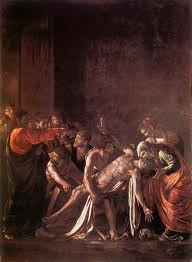 The Raising of Lazarus by Caravaggio

Maybe it is enough just to get back to “normal” life – that seems good enough for me and I suspect it was good enough for Lazarus too after the crowds had dispersed and he had got over all that embarrassment.