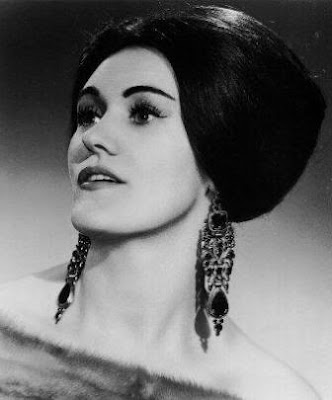 After all the obituaries of the great Australian soprano, including my quite personal recollections last week here on this site, I thought i had said my last words on Joan Sutherland but then I came across this clip on Utube singing part of act two from puccini’s opera Tosca – a part forever associated with that other great soprano, Sutherland’s near contemporary, Maria Callas who was also a great Lucia in Donizetti’s opera Lucia di Lammermoor. 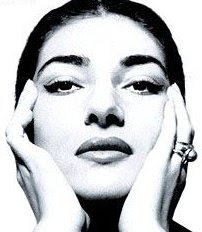 Now that sadly both prima donnas have left us, maybe it is time to stop taking sides on who was better at what. I loved Sutherland in Lucia and will always find it near impossible to hear anyone else sing it even though I respected Callas’s dramatic intensity and control over her sensational but wayward voice in the part. 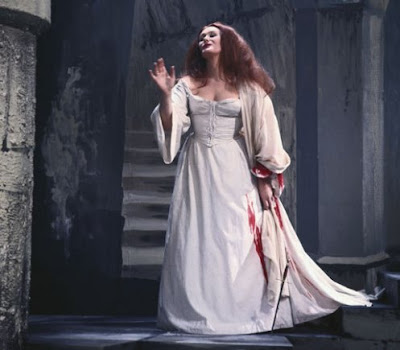 Simmilarly, having only heard Sutherland tackle the act two aria from Tosca, “Vissi d’arte”, I could never imagine her singing the part on stage and I will always love Maria Callas in that part more than in anything else that she did.

It was a surprize for me then to come across this clip made in 1968 when Sutherland sang part of that second act with the sensational, Italian baritone, Tito Gobbi as Baron Scarpia, the evil chief of the Roman police who wants to have his way with her as the price of releasing her lover. Gobbi, still the supreme Scarpia played the role many times with Callas but this short scene was his only time singing any of the role with Joan Sutherland. 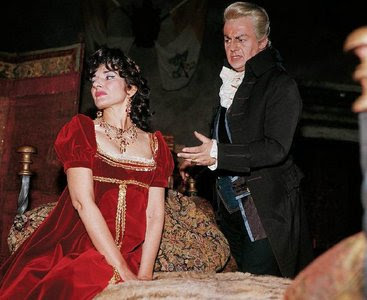 I dreaded seeing it thinking that the comparison between the prima donnas would be odious and unfair but….yay! …..the Australian did good.

She would never match Callas as an actress, of course, no other soprano ever has, but she is perfectly good in the part and a lot better than many other sopranos with much less voice. Callas was unique in her greatness as an actress on the operatic stage and, it is somehow a distraction for any of us to look for anyone else to match her art.

Sutherland was a big woman with a big voice and she was capable of singing anyone off the stage in pure vocal terms. She struggled to bring dramatic intensity to her physical movements and preferred to compensate by doing it all with the voice. She was taller than Gobbi just as she was usually taller than many of the tenors that she sang with on stage even in their customary platform heels and she developed that habit of bending forward and scrunching herself up but, just as her facial expressions are familiar from similar situations of anguish in hundreds of her other roles, she does more than enough to give us  a dramatic account of Floria Tosca’s predicament and, of course, her’s is a sensational account of the music with none of Maria Callas’ sour vocal difficulties and a beauty of tone that is sustained throughout her range with, as you can hear when comparing the size of the voice with Gobbi’s, a voice that was thrillingly gigantic too.

When Gobbi suggested that they do the part together on tour, she refused knowing that she had many other opportunities of showing of her accomplishments without tempting providence in the role of her greatest rival for greatest soprano of the Twentieth Century. The relatively few Puccini roles that she took on stage was a disappointment – I would have loved to see her Princess Turandot – but she knew what she was doing and we should all be grateful for what she gave us. I regret that we have no one of the calibre of Sutherland or Callas today and that we are unlikely ever to hear their like again so I have put my prejudices behind me and just enjoyed this scene for what it is – operatic genius. I suggest you do the same.

Tito Gobbi, by the way, right at the end of his career when he did this can show us all how powerful opera can be when acting comes  together in both voice and body – he too was unique.

Oh yes and that Oakleys’ For Sale sign across the road. Yep, still there in spite of their promise. 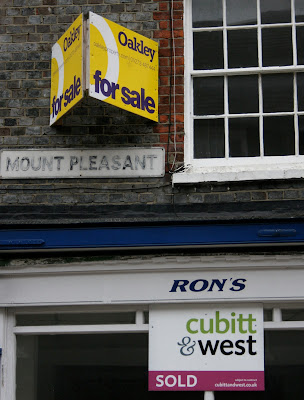