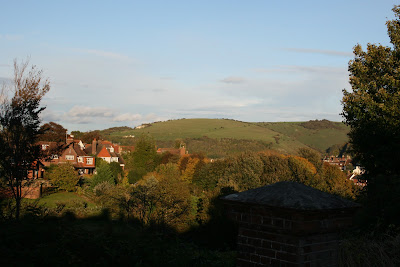 On Friday night, my fellow residents of Lewes will have noticed the Autumn sunshine and, later on,  that astonishingly bright Moon. It felt like a special day somehow and all I needed was the right music to put it into context. 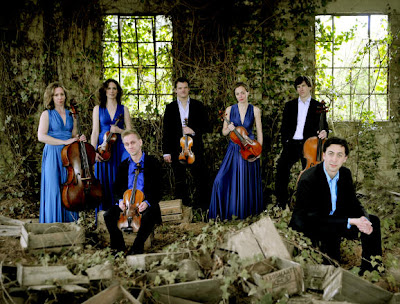 The Aronowitz Ensemble
On that evening,  I, on my best wolf behaviour, was going with my fox friend (and relative) Adam to a chamber music concert given by our town’s excellent chamber music society, the Nicholas Yonge Society, one of those splendid Lewes institutions that manages,  to bring World-class chamber musicians to our small but perfectly formed town here in what is now a part of the South Downs National Park. 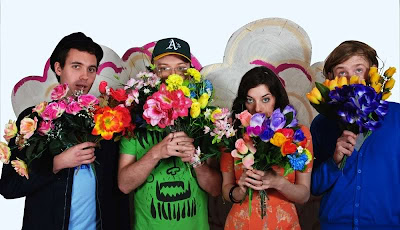 Adam is a fox in case you didn’t know, because he is one of the founder members of the rock band Foxes! who are about to embark on a national tour with the band Stornoway. This classical music concert was a welcome change, or so he said, from his own world of guitars, drums and keyboards before he hits the road for a few weeks with his own band next weekend. If you want to see them, says the wolf  plugging shamelessly, look up their dates on their website. http://www.foxesfoxesfoxes.co.uk

Foxes! are fun but they are also serious musicians and the same can be said for their classical contemporaries in the Aronowitz Ensemble, a youthful and informal group themselves who have already gathered an international reputation and have had consecutive successes at The Proms in recent years. They are really a string sextet with piano and, that night, they were playing music by Johannes Brahms (1833-1897) and the less well known French composer Ernest Chausson (1855-1899) and we were honoured by their visit to Lewes.

It was perfect music if you wanted to spend an early Autumn evening listening to romantic (with both a capital and a lower case “R”)  but intelligently constructed music played in an intimate environment by seven virtuoso musicians  with fire in their bellies. If you wish you had been with us on Friday night, well, tough, but you can hear the Aronowitz Ensemble playing the same programme at London’s Wigmore Hall on the 8th. November.

The Chausson, Concerto for Piano, Violin and String Quartet op 21 had the ideal mix, from my point of view anyway, of passion, irony, wit and beauty for beauty’s sake. Ideal music for an Autumn night after a  tumultuous, flu-strained week and played in an excitingly clean and vigorous manner by the Aronowitzes. 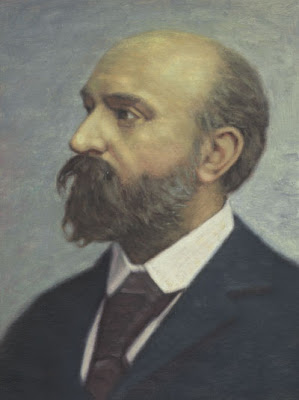 We would know more of Chausson’s music, which is an elegant mix of late Nineteenth Century Romanticism with hints of the spikier sounds of 20th. Century Neo-classicism,  if he hadn’t lost control of his bicycle at the age of 44 and crashed fatally into a brick wall in 1899. Maybe his end was, in his own way, an early version of a rock ‘n roll accident – a bit like Buddy Holly. Here is a taste of his piece: 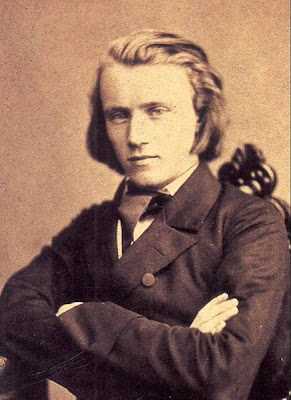 The second half of the concert was made up of Brahms’ String Sextet No. 2 which in many ways also pursues a rock music agenda with its emphasis on passion, erotic and unrequited love and the excitement of the bawdy establishments to which he was no stranger. This piece is his farewell to any hope of romantic or married happiness. It is a musical farewell to his former fiance, the voluptuous singer, Agathe von Siebold and a statement of love for his lifelong, idealised and probably platonic friend Clara Schumann. From this time onwards, he had decided to live alone as an artist and this he kept secret, he would only find sexual fulfillment in the company of prostitutes. Brahms was serious-minded but essentially a Rolling Stone at heart. The Aronowitz Ensemble didn’t shy away from this agenda even when they were looking as if butter wouldn’t melt in their mouths. Adam from Foxes! liked it too. I wonder if it could have an influence on any of the new songs. Here is the opening of the Brahms and if you like it, get yourselves a ticket for the Wigmore Hall and experience some of the excitement of these vibrant young musicians. maybe you could catch the Foxes! tour as well.