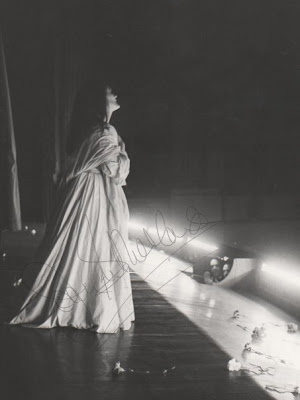 I was an excitable schoolboy living in exciting times and I must have had a thing about groups beginning with the letter B. There was The Beatles, of course, the band that turned me on, tuned me in and so nearly drove me to dropping out,  but that wasn’t the only exciting music for this strange English boy. There were also the Barenboims, the brilliant young pianist Daniel Barenboim and his charismatic young cellist wife Jacqueline Du Pre who rolled with Beethoven and lit up Elgar, and then there was Pierre Boulez, the avant garde French composer and conductor who was regularly conducting the BBC Symphony Orchestra at The Proms in London’s Royal Albert Hall thrilling me immediately and permanently with the works of Debussy, Ravel, Bartok, Stravinsky, Webern and, yes, even Schoenberg.
I was very lucky too to witness the great showman himself, one Leonard Bernstein who not only set me dancing to Beethoven’s Eroica Symphony but who also introduced me to the symphonies of  one of my other youthful obsessions, Gustave Mahler.
…and then there were The Bonynges! What can I say about them without convincing you that I was a deranged and obsessive kid who needed a spell in the army to knock some sense into him. Believe it or not, that is what my godfather told my father but that is another story. The Bonynges (dramatic coloratura soprano beyond compare, Joan Sutherland and her husband, the conductor Richard Bonynge) were my principal obsession for more years than I am willing to admit. 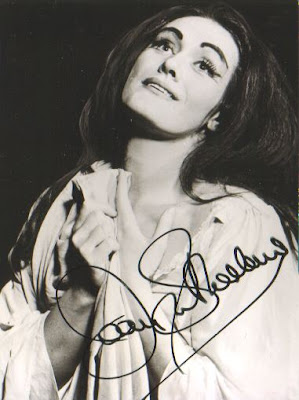 I discovered opera early and might have been a walk-over for any average opera singer singing Puccini and Verdi, if I hadn’t, one day, on the radio, heard this voice. Was it a human? that was my first reation. Had it been “improved”by some electronic wizardry, I wondered. Whatever it was, it stunned me and excited me in a way that no other music had ever managed before except maybe a tune called Zambezi that I used to beg my father to play when I was aged about three. The singer was, of course, Joan Sutherland, who died on Sunday, and the music was the aria “Casta Diva” from Bellini’s opera Norma. People argue to this day about who was the greatest 20th. century Norma, one of opera’s most difficult roles, was it Maria Callas or was it Joan Sutherland? Well, for you opera nerds out there, I would say it was neither! I think the American soprano Rosa Ponselle combined all the qualities and techniques needed in this ferociously difficult  masterpiece when she performed it in the early decades of the last century…just listen to her records if you don’t believe me. But, for sheer vocal beauty and perfect technique, Joan Sutherland was queen of them all. I was extremely fortunate to have heard her perform Norma twice in the theatre – especially as she was partnered on both occasions by another of the “Bonynges”, the American mezzo soprano, Marilyn Horne. Here though is Sutherland performing “Casta Diva” in the days of black and white telecasts with very small choruses and terrible sound. It still blows my socks off.
So I was bitten by the so-called Bel Canto bug especially when the Bonynges were performing the operas by the early 19th. Italian  composers, Bellini, Donizetti and Rossini. Joan Sutherland, exciting on record was sensational when heard live. The voice was not only perfectly controlled, thrillingly virtuosic with its trills and roulades but it was also capable of reaching high notes that I didn’t realize singers even dreamed about and it was, something not always apparent on record, a gigantically big voice. When I first heard her in concert, at the Royal Albert Hall, in a seat that was practically in the ceiling, I could hear every note pinning me to the wall. I will never forget it. 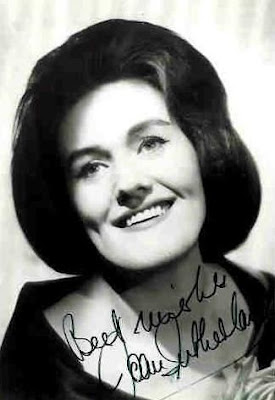 So I went to everything that The Bonynges performed in Britain at that time, largely an unfamiliar repertoire and, as far as I was concerned they could do no wrong. There was Norma with Marilyn Horne and Donizetti’s Daughter of the Regiment with a young and relatively thin, Italian tenor called Luciano Pavarotti who brought the house down and became an instant star with his stunning sequences of top C’s.  Sutherland was never worried about being over-shadowed by other great singers so Horne and Pavarotti were, as far as I was concerned, part of The Bonynge band. 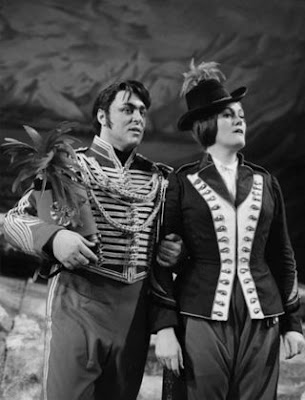 I was a schoolboy, remember, and my enthusiasm did, eventually get me into trouble. All that hanging around the stage door at Covent Garden paid off for the enthusiastic young autograph collector but signed programmes soon paled into insignificance. After one performance of The Daughter of the Regiment which I attended in my “sunday suit,” I was inspired to ask Joan Sutherland to sign the back of my starched collar and for her husband Richard Bonynge to sign my shirt cuff. They obliged because they liked to encourage my enthusiasm, I thought, even though Sutherland did throw me quite an “old fashioned” look. I wore the trophy the next day, Sunday,  for school chapel. I was singing in the choir and had forgotten that I was seated directly in front of the head master’s wife who was definitely not amused so I suffered, and celebrated, my first piece of operatic martyrdom, when I was sentenced to two hours “detention”.  I have that grubby shirt collar and cuff to this day and, significantly I like to think,  I cannot even remember the headmaster’s name. 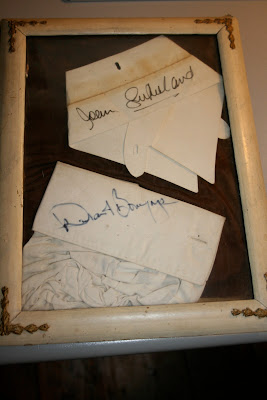 Singing was my passion in those days – especially as I was lucky enough to be a tenor. Whilst still a schoolboy I was asked to sing the tenor solos in Handel’s Messiah. It was my first time singing with an orchestra and I was very excited and more than just a little stage-struck. It also happened, by coincidence that The Bonynges were back in London doing their rather unconventionally bel canto version of Messiah too. I got a ticket, loved it and went to the stage door with my copy of the vocal score and asked Sutherland to write me a message on the page before my first entry. She obliged and wrote a note wishing me luck with my first “tenor effort.” Joan Sutherland’s message was in front of me as I stood up that night with the chorus and orchestra behind me, a large audience in front of me and my heart in my throat. Naturally, that score is still a prized possession. 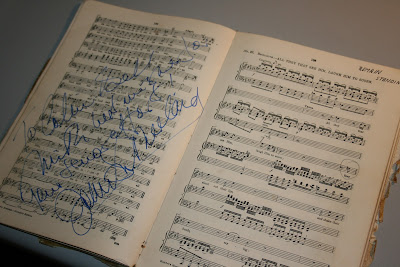 My school days were memorable for many reasons but there will always be something special about my experiences with The Bonynges, the performances already mentioned but, maybe more than any of them, a concert performance of Rossini’s, at that time, unknown opera, Semiramide, with Sutherland as the Babylonian Queen and Marilyn Horne, improbably but magnificently, as her heroic son Arsace. to this day, I have not heard singing of such supreme quality or excitement. So forgive the video tape damage on this antique recording, you won’t hear the like of these singers again:
I went on to work in television some years later and with my arts television hat on, I had a number of further meetings with Joan Sutherland and Richard Bonynge. I was always trying to make a programme with them before Sutherland’s voice deteriorated but it was not to be. I had, though, a memorable dinner with them in London, where a few whiskeys got me going about my youthful excesses and, many years later I visited them at their home in Switzerland, where, sadly Dame Joan died this week. She had retired from singing at that stage but, still talking about singing, the Bonynges and me, Joan Sutherland, sitting in a chair next to mine, demonstrated what she meant by breath control, and, sitting upright in her seat, she took one of her epic breaths and sent forth, for the last time in my life, a phrase both perfectly controlled and still full of beauty.

My last meeting was in San Francisco, where now no longer a schoolboy but an executive producer, I was making a co-production with American television of a gala concert celebrating the reopening of the San Francisco Opera House. Sutherland was merely making a presentation, wearing an evening dress that one journalist said was as big as Australia, Richard Bonynge was conducting and Marilyn Horne was singing. Not long afterwards I decided to leave the world of television behind me but not before recognising how lucky that schoolboy was that he could have seen and heard such things and yet  still managed to carry his obsessions into his working life.

In that morbid way that obsessives have, I have dreaded this day for a long time. The day that the World no longer has Joan Sutherland – supreme singer, quirky lady and shy private person. I shall miss her. If you haven’t seen it before, and you are still with me now, you can’t go without seeing what all the fuss was about when she gave that sensational performance of Donizetti’s Lucia di Lammermoor. As they say in programme notes, on her wedding night, Lucia murders her husband and goes mad. Sutherland was born for the part and will always be remembered for it.