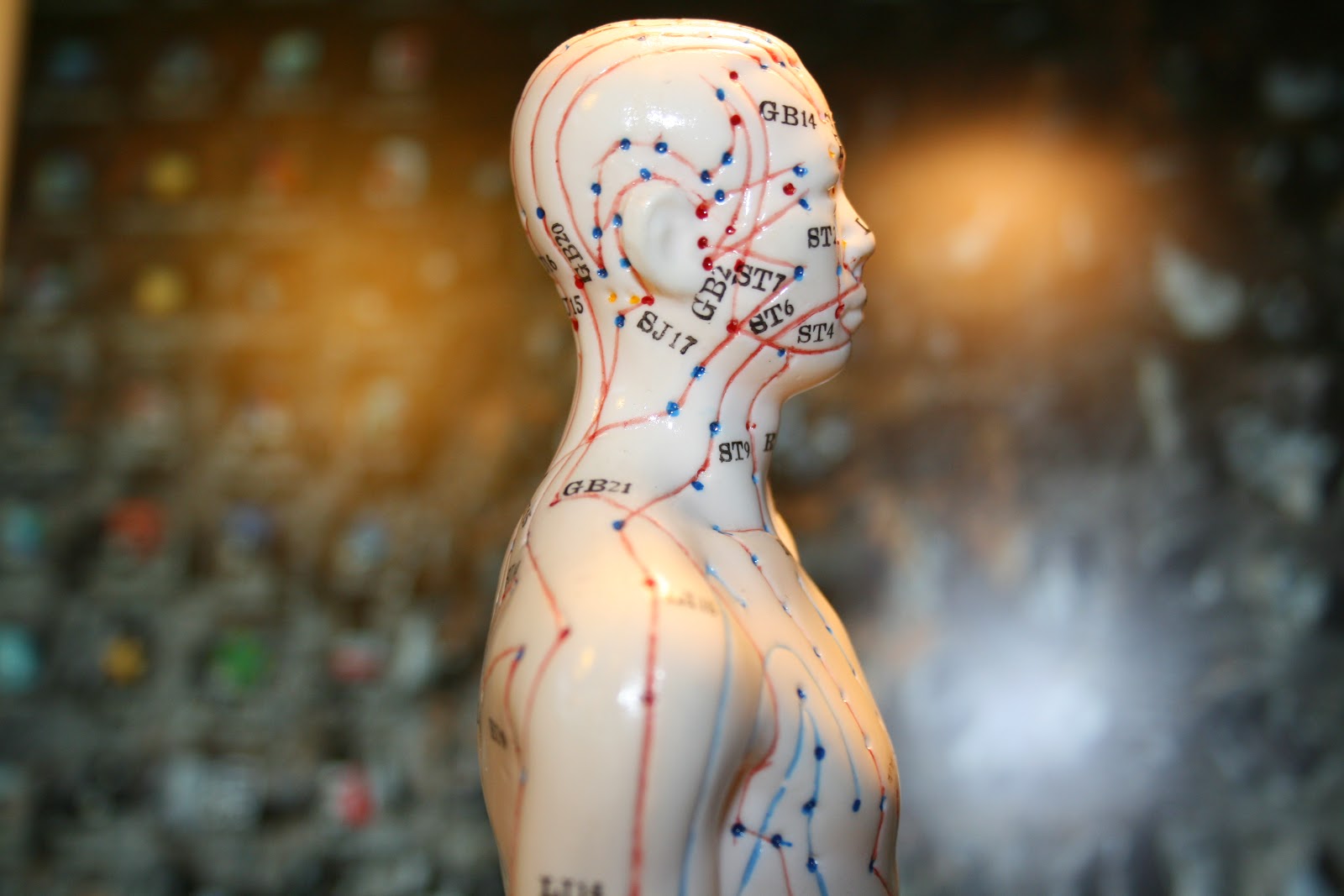 The end of October, all those orange pumpkins are beginning to show their Halloween faces, the month is drawing to its Autumnal ending and, here in Lewes, preparations are in full swing for next week’s famous Bonfire celebration. All these things remind me of something considerably less festive.  Six years ago today, I suffered a major brain haemorrhage which I was lucky enough to survive. I’m one of those lucky people known as a traumatic brain injury survivor. I’m not sure how significant six year anniversaries are, I’ve heard of the seven year itch and how, every seven years our bodies totally replaces itself, or so they say, and this gives me hope that in another year, most of the remnants of this condition will have disappeared. Certainly, this October, I feel that I am definitely better than this time last year and a number of the last minor remaining symptoms seem to be disappearing. I still have a bit of a stammer and some back pain but those random feelings of vacancy have gone as has my optical sensitivity to flashing lights. I looked back at what I’d written on these pages, when I first started these blogs, nearly six years ago and, if you’re interested in such things, it shows how there can be hope for brain trauma survivors and that patience is needed for what can be a long recovery period.

If any of you are suffering from this condition, I hope that my story is encouraging. You can follow some of the other blog entries about my recovery by typing  ‘brain haemorrhage’ into the search window on the right of this page. 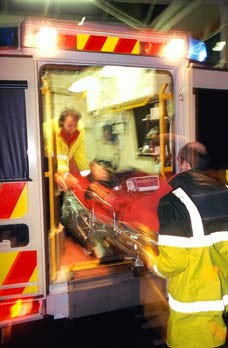 2008 has ended as quite a tough time for me – I came out of hospital on the 15th. November after 17 days in quite a serious state. The doctors, nurses and all the medical and auxiliary teams were outstandingly professional and overwhelmingly kind through what was quite a disturbing period in my life. So thanks to them yet again.

I will take a few months to recover but I have been told that I have made a pretty remarkable recovery and that I have been “bloody lucky”…one of the doctors put it down to my fitness due to obsessive martial arts training. Whatever it was, I am so happy to be out of hospital at last and, if you want the truth, I am actually also really grateful that I am still alive and not brain damaged or paralyzed.

It was a dramatic old time as apparently I had a serious brain haemorrhage followed by two brain seizures that were powerful enough to fracture my spine. Ouch and ouch a few times more. At first I either remember nothing or very little. I was on loads of drugs…. morphine in great quantities plus anti seizure tablets and, in fact, a daily total of over 20 tablets. I do not have to wear a back harness which is fantastic and I was allowed to practice my 66 move taichi on the ward; apparently the first time anyone has ever performed a complete martial arts form within the hospital.

If I am careful I should be able to use Taichi as part of my recovery treatment. I will not be able to do Kungfu for at least three months (and have to cancel my planned trip to China), will be unable to drive for at least 12 months and will not be able to drink alcohol until I stop taking anti-seizure medication which will go on until at least after the results of my next brain scan are analyzed which will be in about four weeks. I may, of course, be on these drugs permanently.

I will be able to do practically everything else though so, considering, apparently I nearly died, I am one lucky guy.

I tried to test out my brain whilst I was in hospital as at first I was seeing multiple images and having quite a lot of memory loss but I seem to have recovered from that. One of my self tests was writing poetry. This is something I wrote for the hospital staff which they were very happy to receive and which they have published in the hospital:

Patience
Every orifice offered up;
Every vein object of vampiric attention;
No internal organ free from scrutiny;
No flesh too private for examination.
All bodily fluids test-tubed and analysed.
The whole body reduced to chemistry –
Biopsied, measured, graphed, discussed.
A case history, an occupied bed, a statistic.
So patiently lie there –
The victim,
The case,
The patient.
Recipient of care, concern, dedication,
No mere anatomy, you.
The passive half of that profound symbol of man’s humanity to man.
–

The hospital staff were great and so were so many friends who send their good wishes and visited me – I was genuinely moved by such an overwhelming number of such very kind and caring people. Very strange how you can look back on a life threatening and extremely painful time as an enhancing and really happy experience.

Yes I am taking it easy but it is so good to be back in the “real” world. Mostly, I feel better every day. So much so that I am allowed to go to my taichi classes again – so better than any physiotherapy. Well I think so any way! I actually had a group of nurses as my fans when I started practising Taichi on the ward; they said if I was staying any longer they would really like me to give them some lessons.

Aww! They were so sweet.I shall miss a lot of the flirting and joking with the staff there…they really became like friends even though it was also a pretty serious situation where none of us patients on the ward were guaranteed leaving it alive…. and in fact three died whilst I was there.

It really was a reality check…the bad was very bad and the good was great. No bullshit and no euphemisms – a lot to be said for that.

I have never felt so happy about being alive. or had so many plans for the future. If I can offer you all a word of advice, albeit a well-worn cliche, live your lives for the present too and plan to achieve your dreams in the foreseeable future ‘cos you never know when you might be just wiped off the face of the Earth. Believe me, that is not as depressing a thought as it sounds, in fact it has been an inspiration to me. Let the present and the future reflect who you really are and what, deep down, you would love to achieve. Don’t let those things wait.

Hopefully that could be an inspiration to all of us as we face the unknown in 2009. 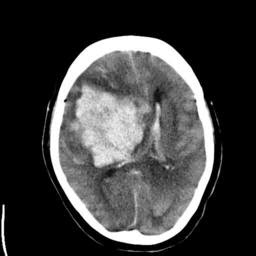 Patient cure thyself. I think that is the right cliche but I often get my cliches in a twist.

On the 30th. October I suffered an apparently major brain haemorrhage which came out of nowhere, left me unconscious and alone at home for six hours and which was then followed by one or probably two “grand mal” fits which led to a fractured spine and a period of semi-consciousness in hospital.

Well, a year on, against some medical expectations, I am still around and quite possibly heading towards a full recovery.

The truth will be discovered on the anniversary of that fateful day because on the 30th. this October I am having an MRI brain scan which may show that the haemorrhaged blood has at last left my brain.

I have bored you all with stories of my recovery here all year but, keep patience, it will all be over soon – I hope.

A year is a significant time span. We mark their passing at drunken parties, celebrate an increase in our experience of them with birthdays and watch nature as it obeys their rules as the seasons change. I know it is ridiculous in many ways but I am forced to mark this anniversary: the imminent arrival of a date that could have been my deathday.

It is, I am sure, a remnant of the trauma which most people suffer if they have had undergo sudden unexpected and life threatening illness. Those disjointed memories are my only grip on a period which was mostly about being in a coma and later coming to terms with that moment when the lights just simply went out.

During these often wet October days when the daylight gets shorter, it is easy to feel depressed. I have not avoided grim thoughts as I look back over this time. A doctor asked me when I came out of hospital if I needed counciling and I proudly said no – I guess I thought that counciling was for weaklings. Well, I don’t regret my decision except when I think how interesting it must be to have a serious one to one session with a psychologist.

I do think though that I have been counciling myself and this week, I have given myself some advice.  Don’t try to bury these irrational fears which have come flooding back at anniversary time, they are here for a reason. I have taken my own advice and embraced this often disturbing series of flashbacks.

Mixed with the gloom is a spirit of celebration because I have learnt a lot from my condition, become in many ways a new person who is now, with the passing of that anniversary, more than ready to begin a new life.

I think I have got here by looking difficult things in the face so I am not going to let these unexpectedly vivid images of a year ago come knocking me off my course. It is in this spirit that I say patient heal thyself.

You can follow some of the other blog entries about my recovery by typing  ‘brain haemorrhage’ into the search window on the right of this page.