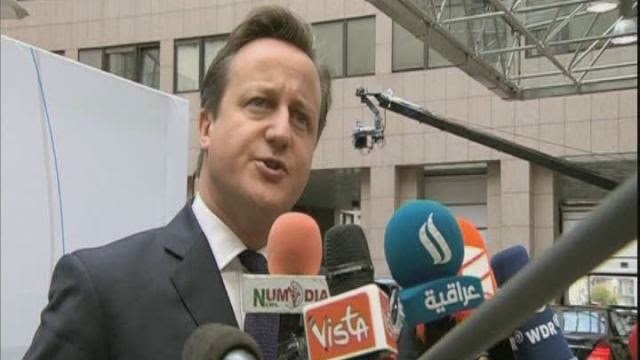 Well, I’m just not going to pay, so there! I didn’t know about this until now so I’m going to do what I always do in these situations and sound off without thinking even if I usually get things wrong. This bill may be part of the treaty we signed but I don’t understand that it would mean Britain having to pay up like this. No one told me and I’m just not going to pay.
British diplomacy hits the European headlines once again this week. Our leader, Dave Cameron, sounds off like an angry customer in a restaurant he can’t afford just when he should be guiding his country to desperately needed European reform.
Dave didn’t know about that EU bill for nearly £2billion until he’d arrived for the EU meeting even though the treasury department had known for a week. In Britain the prime minister’s other title is First Lord Of The Treasury but, in Dave’s case that doesn’t mean staying on top of the latest economic developments. Well, what do you expect, he authorised  the biggest overhaul of the National Health Service, apparently, without understanding his Health Secretary’s policy.
It’s good to know Britain is in safe hands.
0
28th October 2014
No Comments Yet