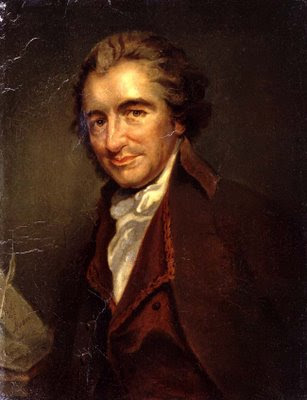 On Sunday, American Independence Day, here in Lewes England, I am proud to say that my home town is unveiling a statue to the great Thomas Paine, one of America’s Founding Fathers, who lived here in Lewes in the years before he achieved international fame as the author of The Rights of Man, a defence of the French Revolution and Common Sense, which called for America’s independence.

He argued not only for independence but also for equality, democracy, the abolition of slavery, representative government and a written constitution with a bill of rights. He was the single most important Englishmen in the founding of the United States and his words still present a resounding challenge today and remind us that, for all its problems, that American Dream is something to which we all should aspire:

“An army of principles can penetrate where an army of soldiers cannot”.

“Belief in a cruel God makes a cruel man”.

“He that would make his own liberty secure, must guard even his enemy from oppression; for if he violates this duty, he establishes a precedent that will reach to himself”.

“When men yield up the privilege of thinking, the last shadow of liberty quits the horizon”.

“The World is my country, all mankind are my brethren, and to do good is my religion”.

“If there must be trouble, let it be in my day, that my child may have peace”.

“We have it in our power to begin the world over again”.

Here in Lewes we are waiting to see what the new Paine statue will look like when it is unveiled by veteran and still radical British politician Tony Benn but it is a great thing to have built one here at all. In the World, as far as I can tell, there are only a few statues to this great man. Until now only one in England, in his birthplace, one in France and just two in the United States if we discount sculptural busts and they are both in New Jersey. Let us hope that the new Lewes statue will be worthy of the man because it does us credit to remember him. I shall report back on the new statue in a future blog but in the meanwhile, here are the others: 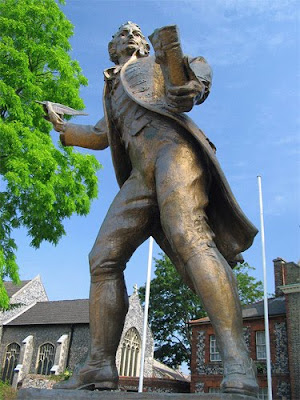 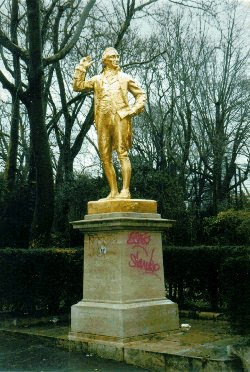 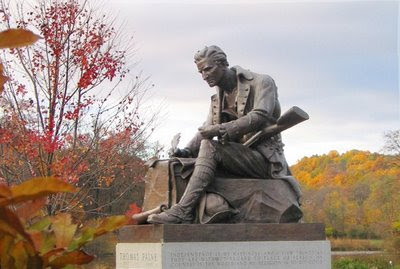 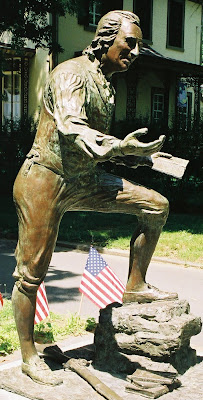