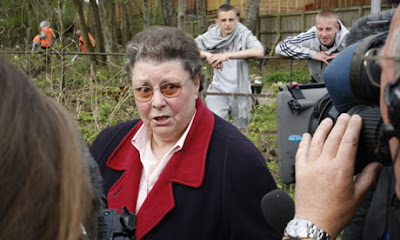 Poor old Gordon! Well maybe not. I have to say though that I am still burying my head in my hands remembering a few things that I have said over the years which I wish I could wipe from my memory.

Well I felt for all three of our potential leaders last night in fact, after their three very long but weirdly entertaining debates here in the United Kingdom.

We have had the chance to hear real debate and at least been able to see at least a bit about what these men, who want to be our Prime Minister next Thursday, are like.

I, like a lot of us, I suspect, didn’t really change my mind about my own political views but I try not to ram my opinions down your throats as you all know by now (removes tongue from cheek).

They are, all three of them normal guys, nice people on the whole, good dads and all pretty intelligent men worthy of their jobs as heads of their respective parties.

They are all, just in case you didn’t know, as tough as they come. Power hungry, brutal when need to be with their own teams, undoubtedly frustrated when they can’t get their own way and, what has to go with those ambitions, they all have very large egos indeed.

So let us be careful before we fall in love with one of the three thinking that there is anything unusual or new about them in terms of their personalities.

They would always have been over-bearing school kids, pushy students and aggressive junior politicians.

So let’s not be surprized by those overhead comments from Gordon Brown then when he called the redoubtable Rochdale widow, Gillian Duffy, a “bigoted woman.” All three of these men are big enough in their own minds to be capable of impetuous, petulant and hugely unfair comments in the apparent privacy of their own cars.

Let’s not feel too sorry for Gordon then…..maybe we should worry if the election is decided by this though.

Maybe our sympathies should be with those much sneered at political and political aids.

What did he say again?

Gordon Brown: “That was a disaster. You should never have put me with that woman. Whose idea was that?”

Poor Sue but on second thoughts, I suspect she is as tough as the rest of them. Nearly as tough in fact as the excellent Mrs. Duffy who dared to say what she thought in spite of the cameras, the politicians and even their pushy aides.

Let’s remember the three debates rather than the biggest story of the election campaign so far and let us vote as a nation this time with more than enough information about these three leaders to decide what we really want to happen to our country next week. Let’s not pretend that they are puppy dogs too because they all have teeth.