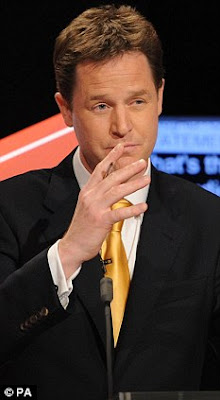 With apologies to my friends in Scotland and Wales, today I am wearing my English hat and celebrating St. George’s Day. I know England is only a part of the British Isles, the United Kingdom, the European Union and the World but it does have its distinctive qualities, quirks and faults and it is where I am lucky enough to have been born – I have enjoyed living here too.

So let’s hear it for the fictional Greek dragon slayer and wish that St. George’s Day was a national holiday and that it could be held at a time of year when our red roses are flowering in the nation’s back gardens so that we could all pluck one to wear with simple and controlled pride in a country that, on the whole, is getting the whole difficult thing called society more right than wrong.

St George’s Day should belong to all of us, not just football hooligans and their ugly offspring, the British National Party or to any one who wants to use patriotism as a weapon against minorities or “others”. In fact St. George would probably have pointed his spear at these dragons of prejudice and narrow-mindedness.

If I am proud of being English (conveniently ignoring for the moment my 50% Scottish and Irish blood), it is because it is a fundamentally decent and fair-minded country showing all the signs of getting better.

We can be too long-suffering, accepting out-dated laws too readily, too easily bored by political and ethical problems, not interested enough in the poetic side of life and too smug in our own convictions but we do seem to like “fair deals,” we give the benefit of the doubt to eccentrics and distrust wild-eyed fanatics.

On balance I think we are OK.

We still have too much poverty and inequality, many of our institutions are crumbling and under-resourced, we often over-state our importance to the rest of the World and we can turn nasty when we are whipped into hysteria by our tabloid newspapers but, hey, no one is perfect.

We, along with the rest of Britain, are in the midst of a genuinely exciting election campaign which may well mark an important turning point in our political history. Those feelings of fairness, toleration and common sense have surfaced in a nation unsatisfied by the way it has been treated by its political elite.

The one million people who walked the streets of London protesting against the war in Iraq were ignored by the Labour Government so we went to war regardless.

MPs got found out lining their pockets with tax payers money and indulging in a life style obscene in its greed.

The Conservative opposition insulted our intelligence with an amateur gloss on the worst international economic crisis for over 70 years.

And then along came that lad with the shiny golden tie.

He, like the rest of us, is no St. George, but he has become a symbol for the nation (s) to make a change.

If we can have a government, if not this time, then the next time, that reflects the real wishes of the majority of the country then it will be by changing the electoral system so that we are no longer ruled by politicians secretly tied to the power of small numbers of the landed or corporate rich or the mean-spirited defenders of out-dated lowest common denominator collectivism.

Nick Clegg has put on a dazzling show and he has lit a fire under the dry timber of our pent-up frustration with old ways of defining our country. Even if he never becomes Prime Minister, he will have send a vital message to whoever wins that office, we want our views listened to in Westminster, listened to and put into action.

We have, of course, had bright young saviours before. Tony Blair caught the nation’s mood and pocketed the benefits, David Cameron has tried to be Tony the Second but has failed even in those unsavoury ways to show that he is much more than a nice guy out of his depth. Gordon Brown, still the most sensible voice on the economy, is certainly no shining young thing so let us not get carried away by new kid charisma.

Let’s admit that we have been Clegged no matter who gets elected. We have got the chance at this election of changing our politics and our country for good.

If we could do that then we would have real reason to celebrate not just St George but St Andrew, St David and St Patrick as well.