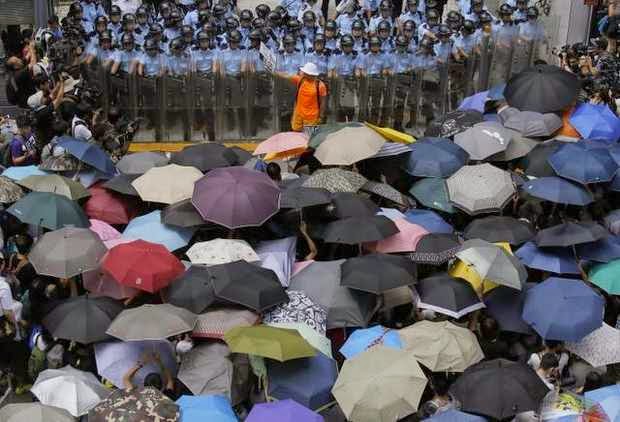 The people of Hong Kong are still out there on the streets demonstrating, illegally but charmingly, for full democracy for their state within a state. They want free elections and object to Beijing imposing a list of ‘suitable’ candidates on Hong Kong. China must be worried that the demonstrators raised all those umbrellas against the heavy-handed use of tear gas. Umbrellas, civilised, decorative and fragile, will become a potent symbol of humanity pitched against brute force. 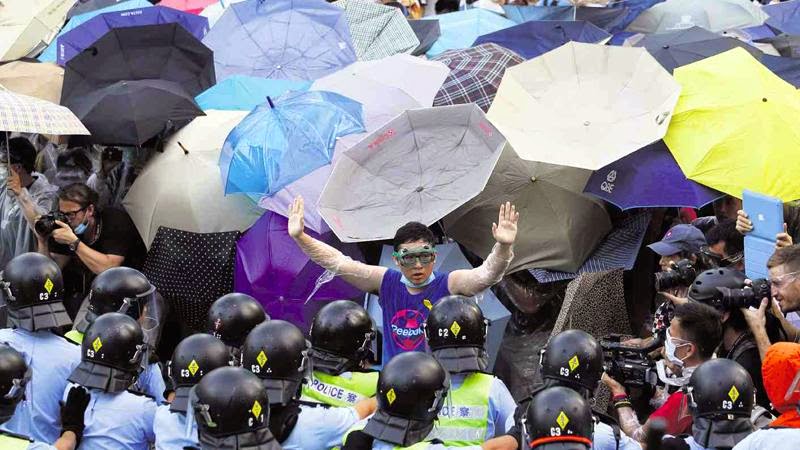 The demonstration, apparently lead by a huge body of students and academics, has been handled with charm and smiling faces and that is a lesson for all of us. How difficult it must be for the Chinese government to keep credibility internationally when these images spread around the World. 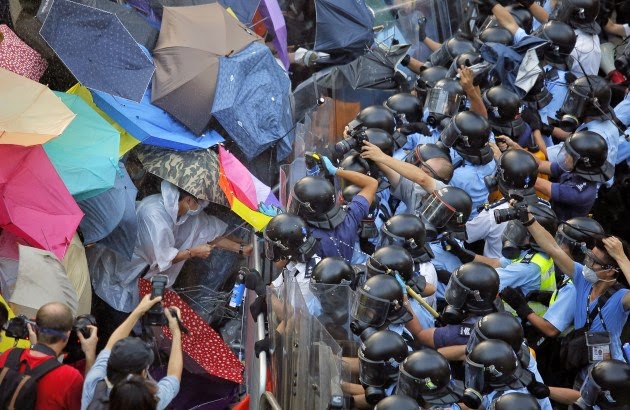 These fresh-faced, optimistic but plucky people have won our support without lifting a finger in violence. 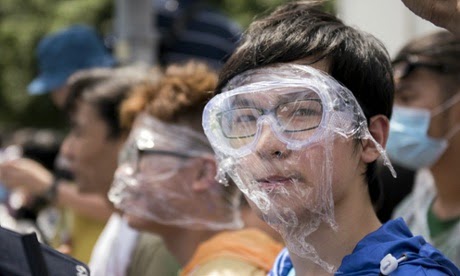 It is easier for Chinese leader Xi Jinping to keep these images away from his own people  – all he has had to do is censor the media and social networking websites. 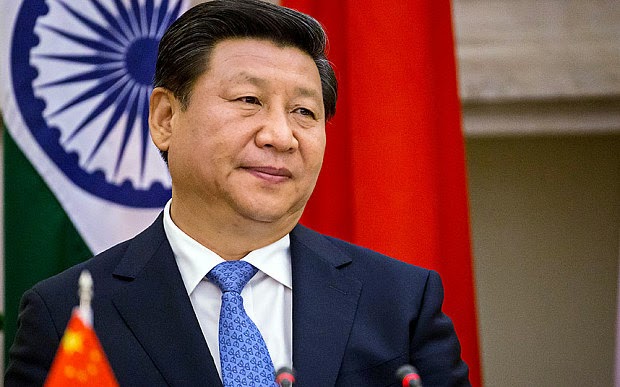 The non-Democratic Chinese government dreads its people seeing images of protest especially when they are calling for democracy and freedom. So the brave people of Hong Kong will not be seen in mainland China. Twenty-five years after the last major demonstration against Chinese autocracy, more plucky Chinese demonstrators risk the wrath of their unelected rulers. Today’s demonstrators,  just like that brave student in Tiananmen Square all those years ago,  have created images that will haunt us all just as, presumably, they must haunt Mr Xi Jinping. 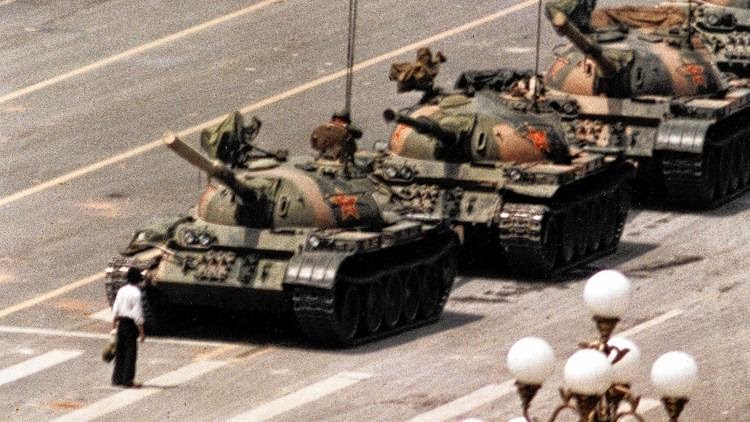