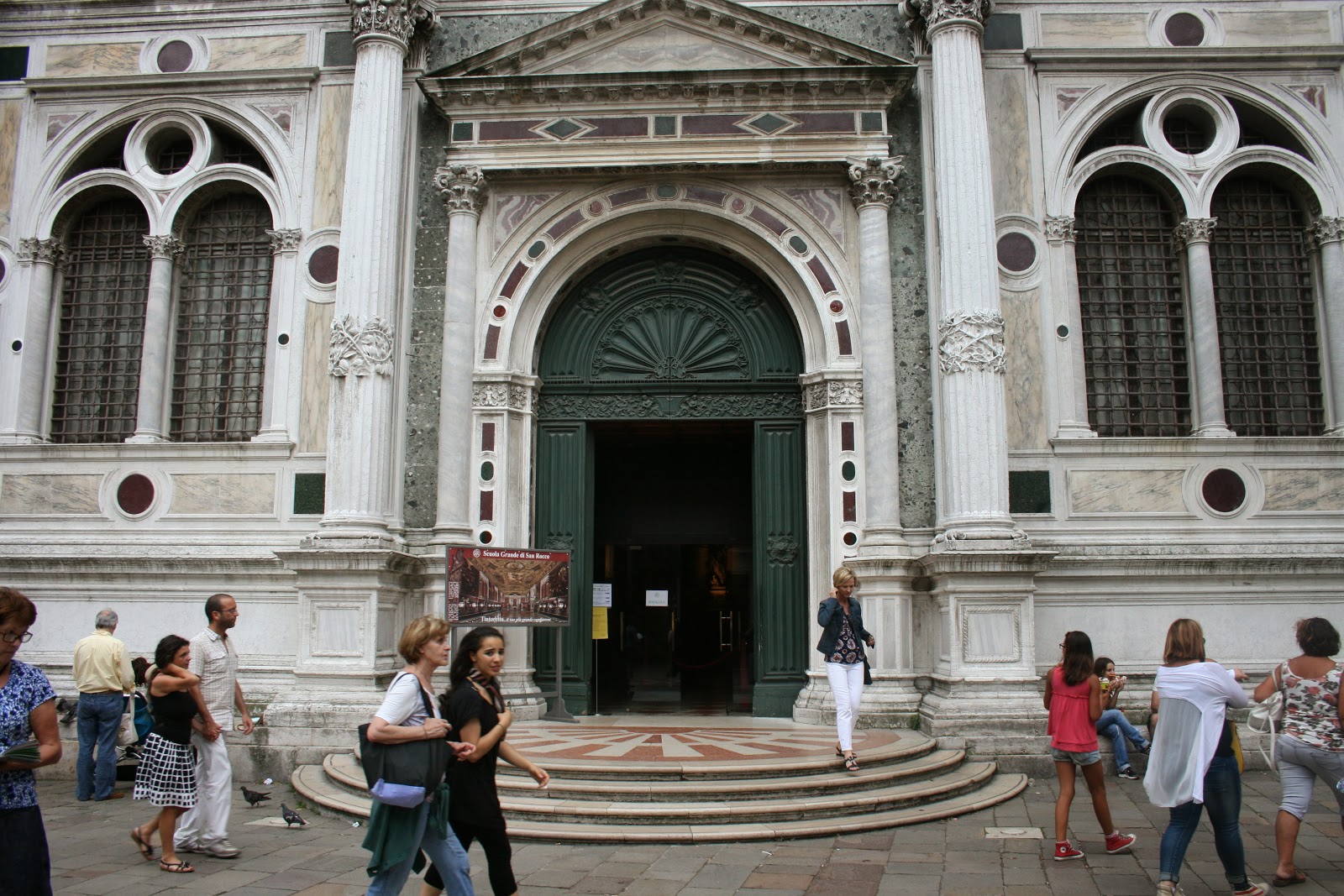 I can’t tell you about the wonders of Venice, especially as they struck me on my recent two week holiday there, without showing you some of the art. There wasn’t enough time to see everything let alone digest so much but here are some of the highlights I discovered in three special buildings. First of all the Scuola Grande di San Rocco – the Italian equivalent of a medieval Guild, dedicated to Saint Roch, or, in Italian, San Rocco, the Frenchman who was invoked after his death during an outbreak of plague which then, miraculously ceased. Venice had more than its fair share of plagues in the medieval period, so San Rocco was especially honoured and the Scuola di San Rocco,  a charitable institution set up to aid the victims of pestilence, is a truly spectacular realization of that ideal. Visually magnificent due to the series of Jacopo Tintoretto’s paintings made for the ceilings and walls of this opulent building between the years 1564 – 1587 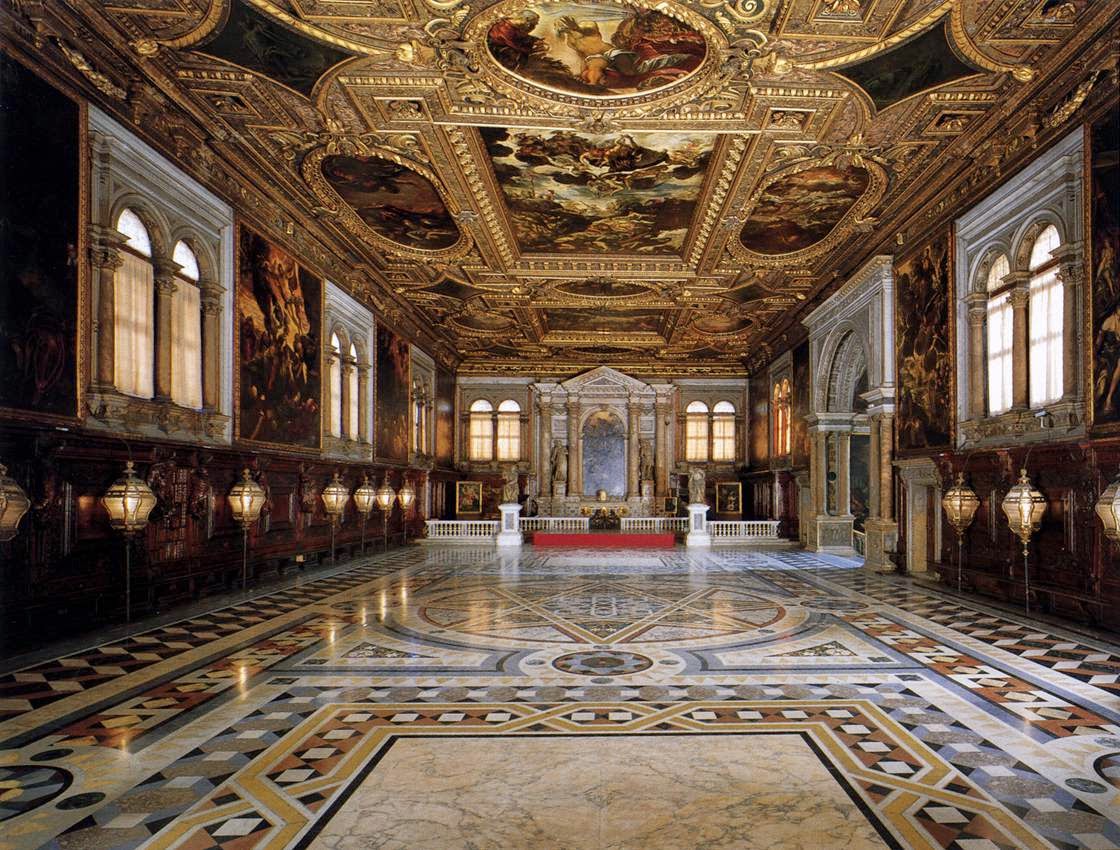 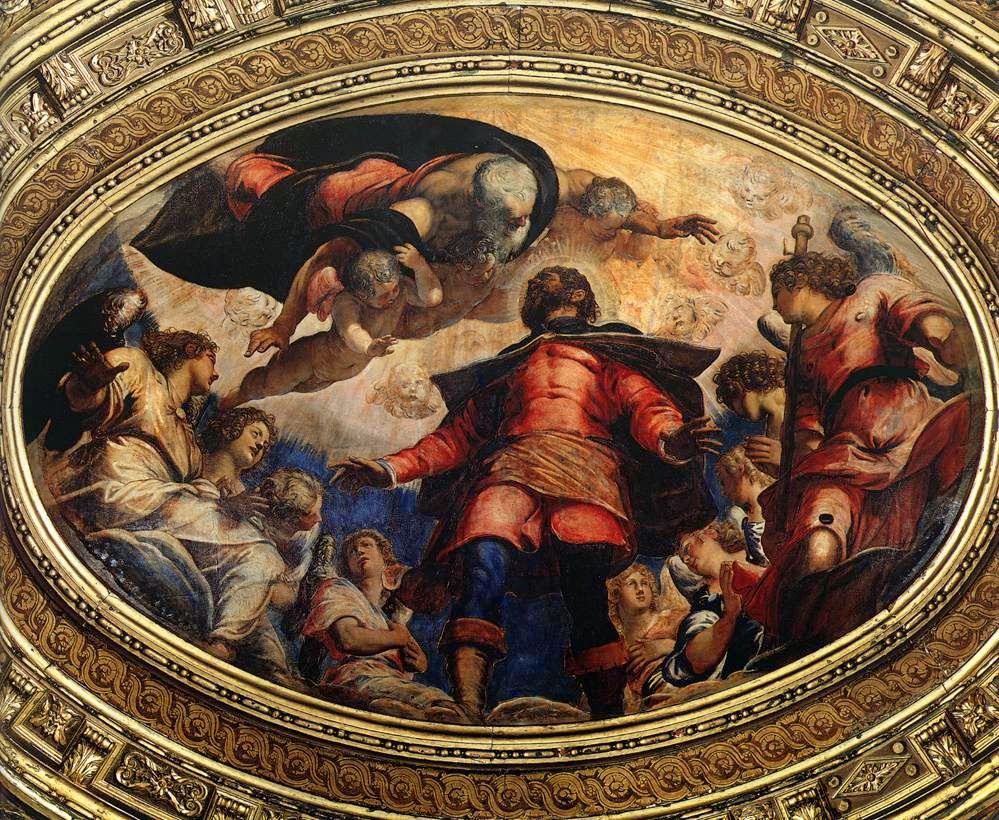 The Glorification of San Rocco by Jacopo Tintoretto (1564)

The Crucifixion by Jacopo Tintoretto (c.1565) 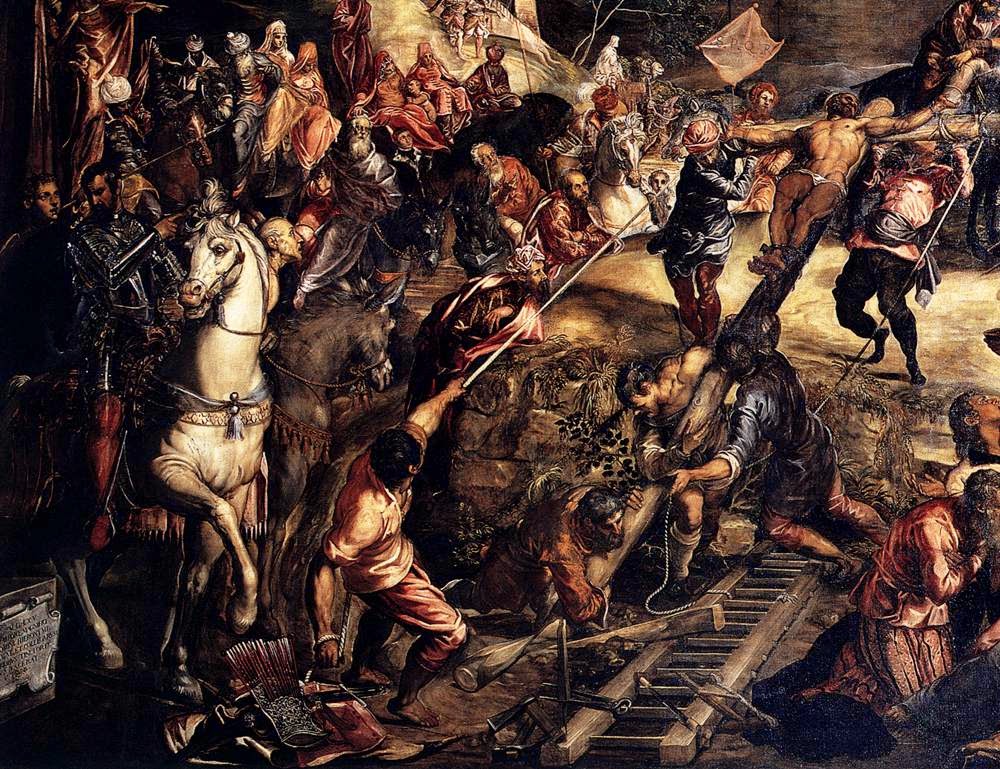 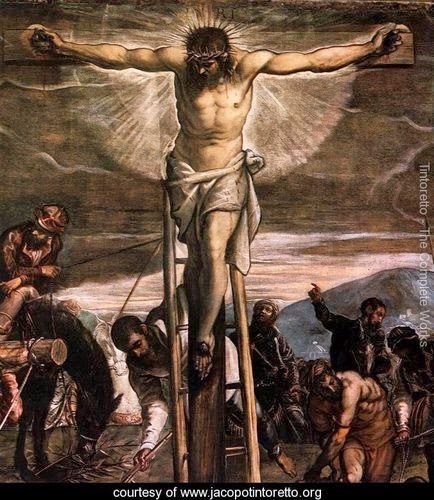 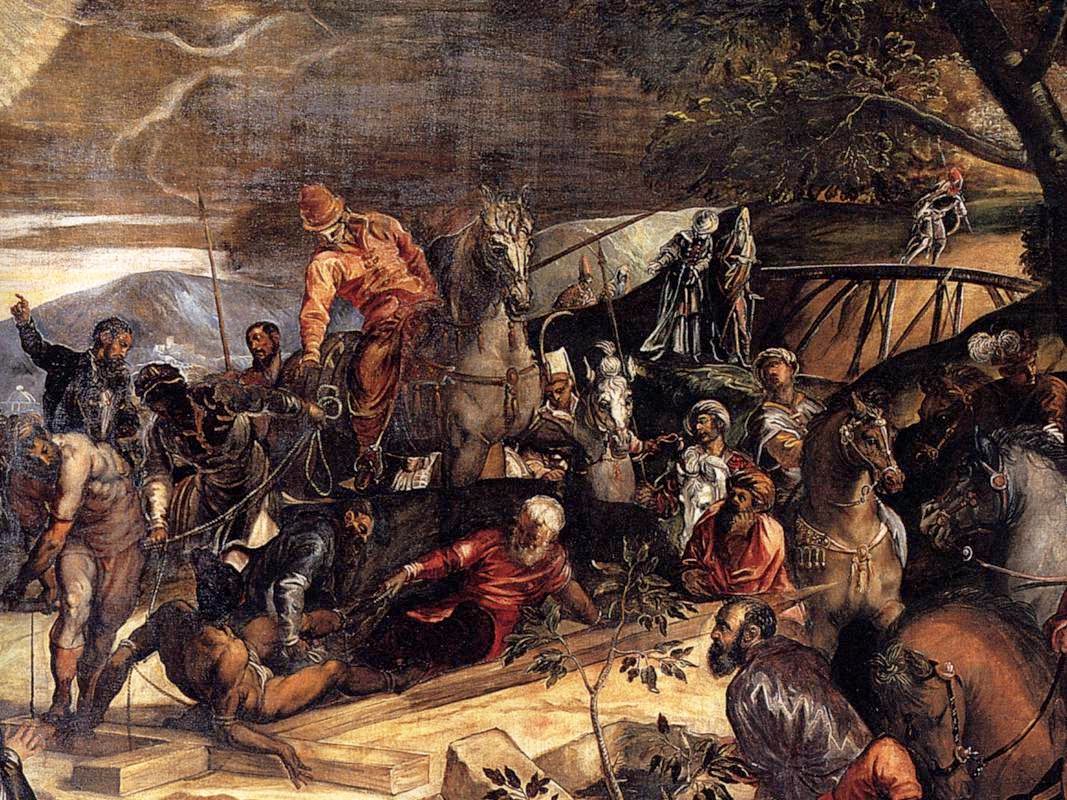 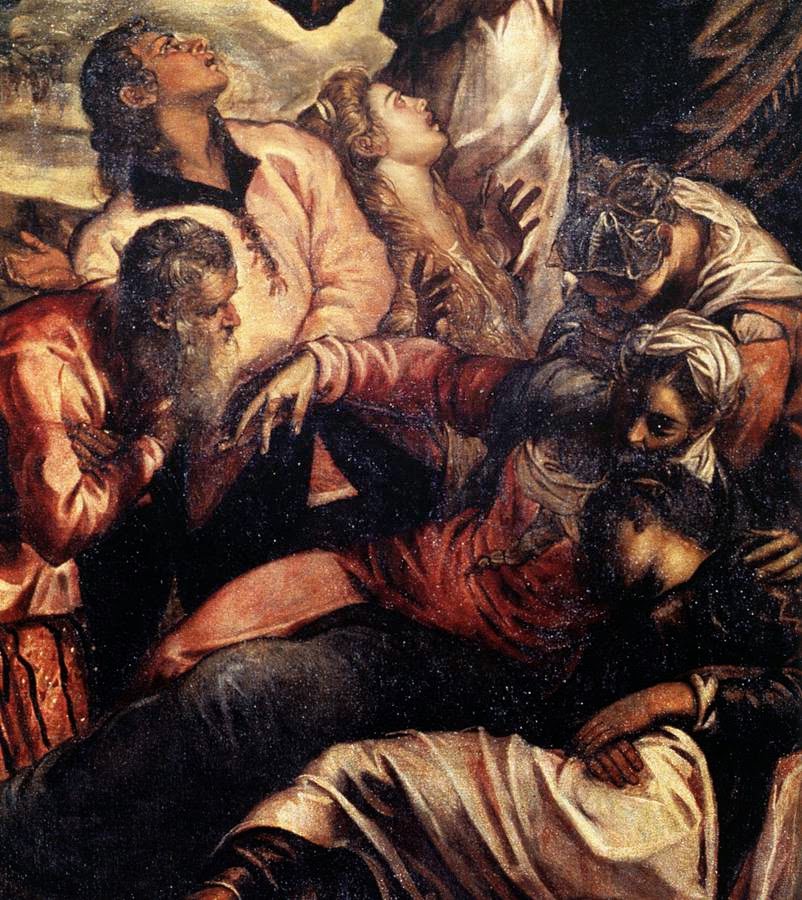 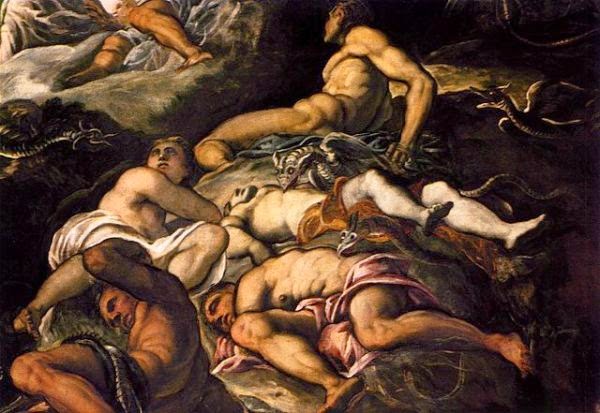 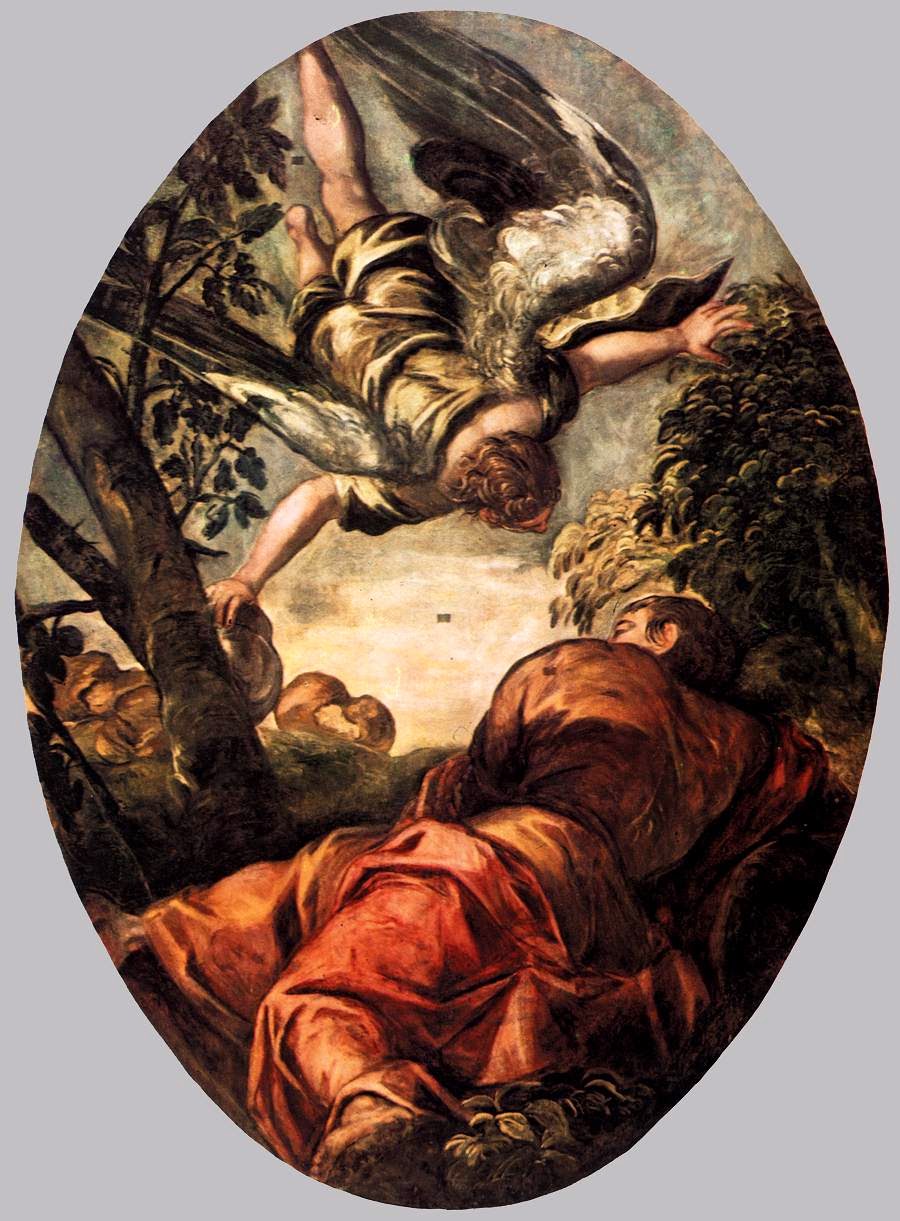 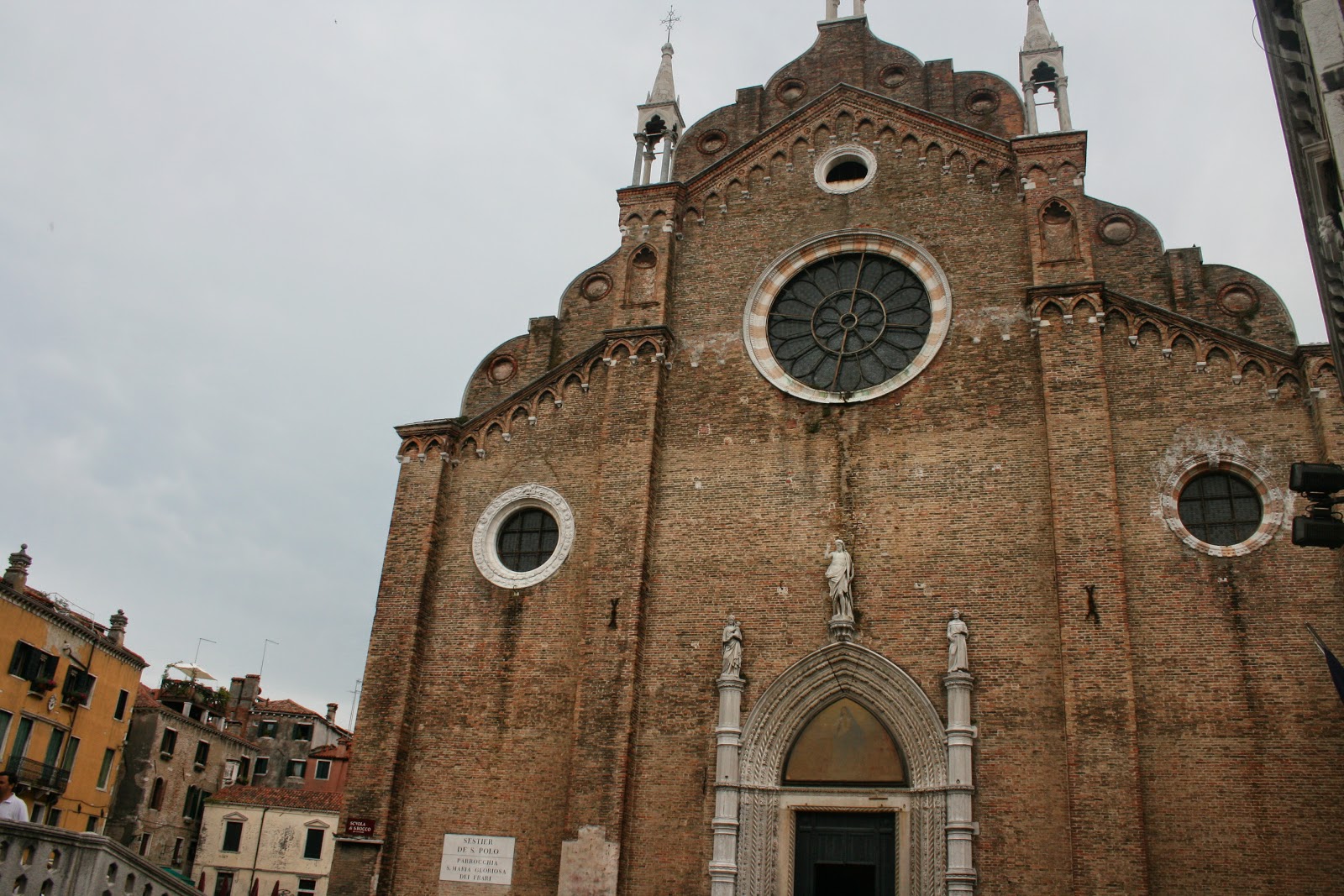 Next door to the Scuola is the church known as I Frari, worth a visit in itself but famous for one of the greatest paintings of the Venetian Renaissance – Titian’s Assumption Of The Virgin beautifully restored since my last visit here and now gloriously radiant by the high altar. 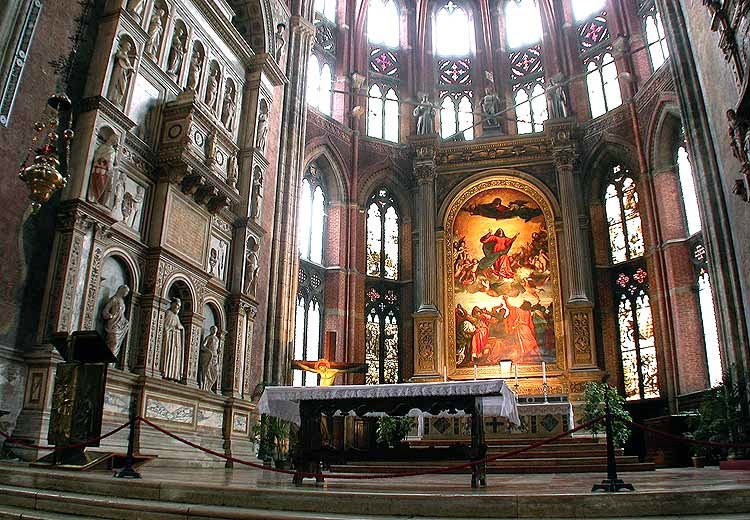 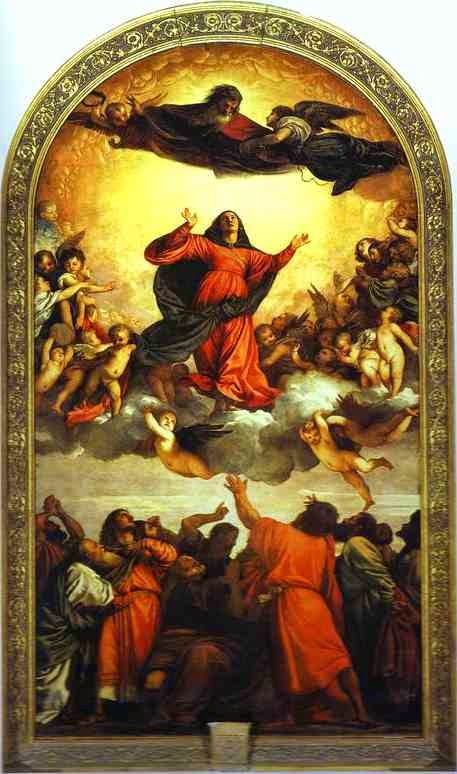 Even if you’re not a fan of 16th Century religious paintings, there is a sublimity and drama to this painting that sublimates the silliness of stories about miraculous ascents into Heaven. Those dark clouds or drapes shielding God from those below always stir me with foreboding. This is all about mystery, fear, and joy, to me. 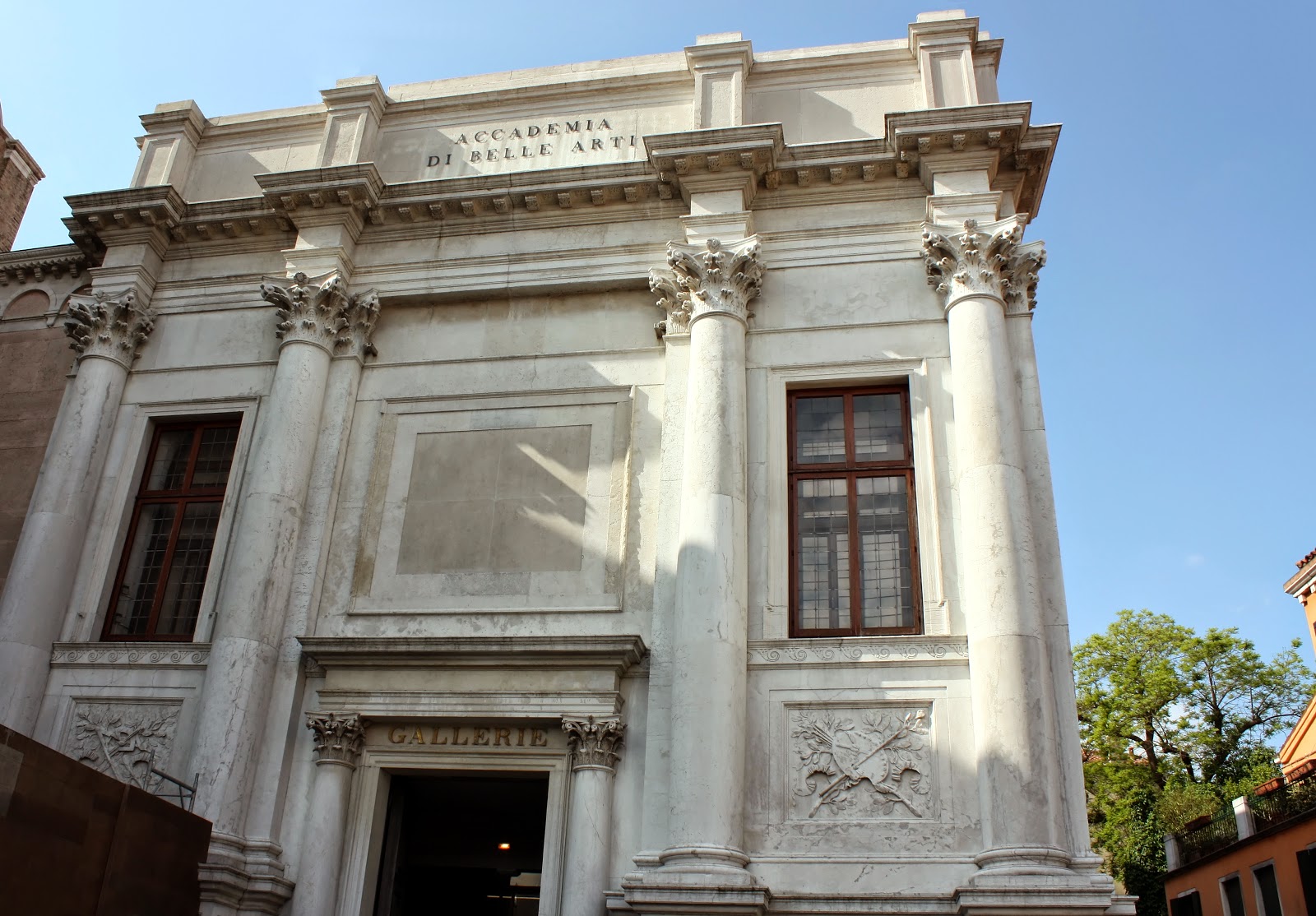 The other essential desintation for any lover of Renaissance art is Venice’s Accademia Gallery – housed in what used to be a convent and benefiting from the wonderful ecclesiastical ceilings preserved from the building’s original purpose. 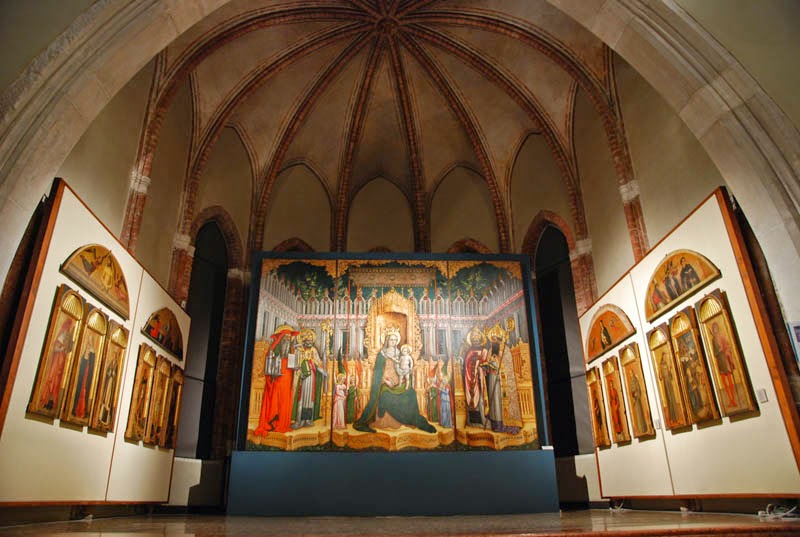 The early Venetian paintings from the 15th Century look wonderful in this setting achieving something of the spirit of their original purpose. Later, you will find some of my favourite Venetian paintings. Cool, poignant and tranquil works by Giovanni Bellini, the very palpable painting of the great Titian and Giorgione at his mysterious best as well as my new enthusiasms, the dramatic style of Jacopo Tintoretto and the sensuality of the Renaissance Renoir, Veronese. 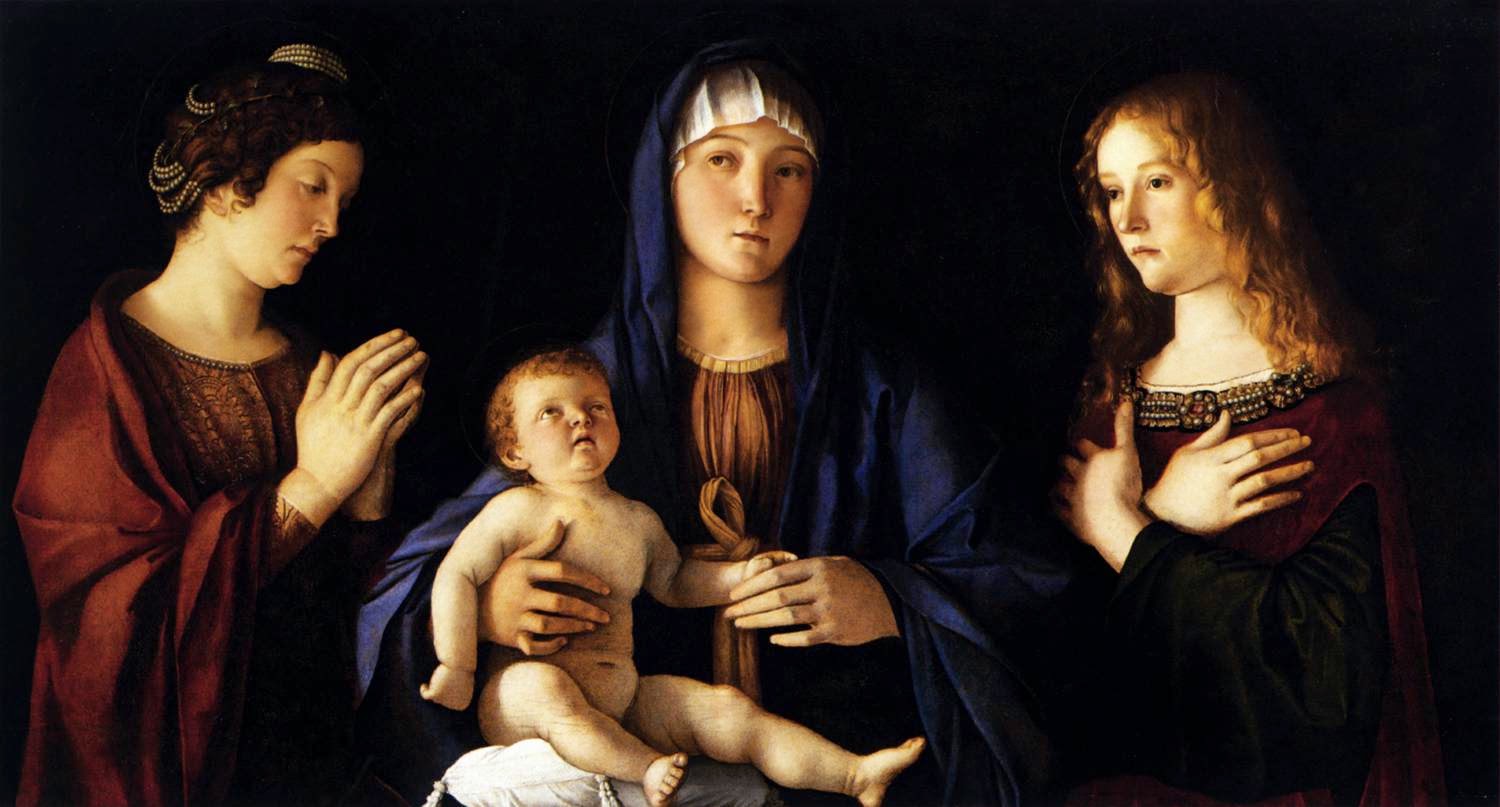 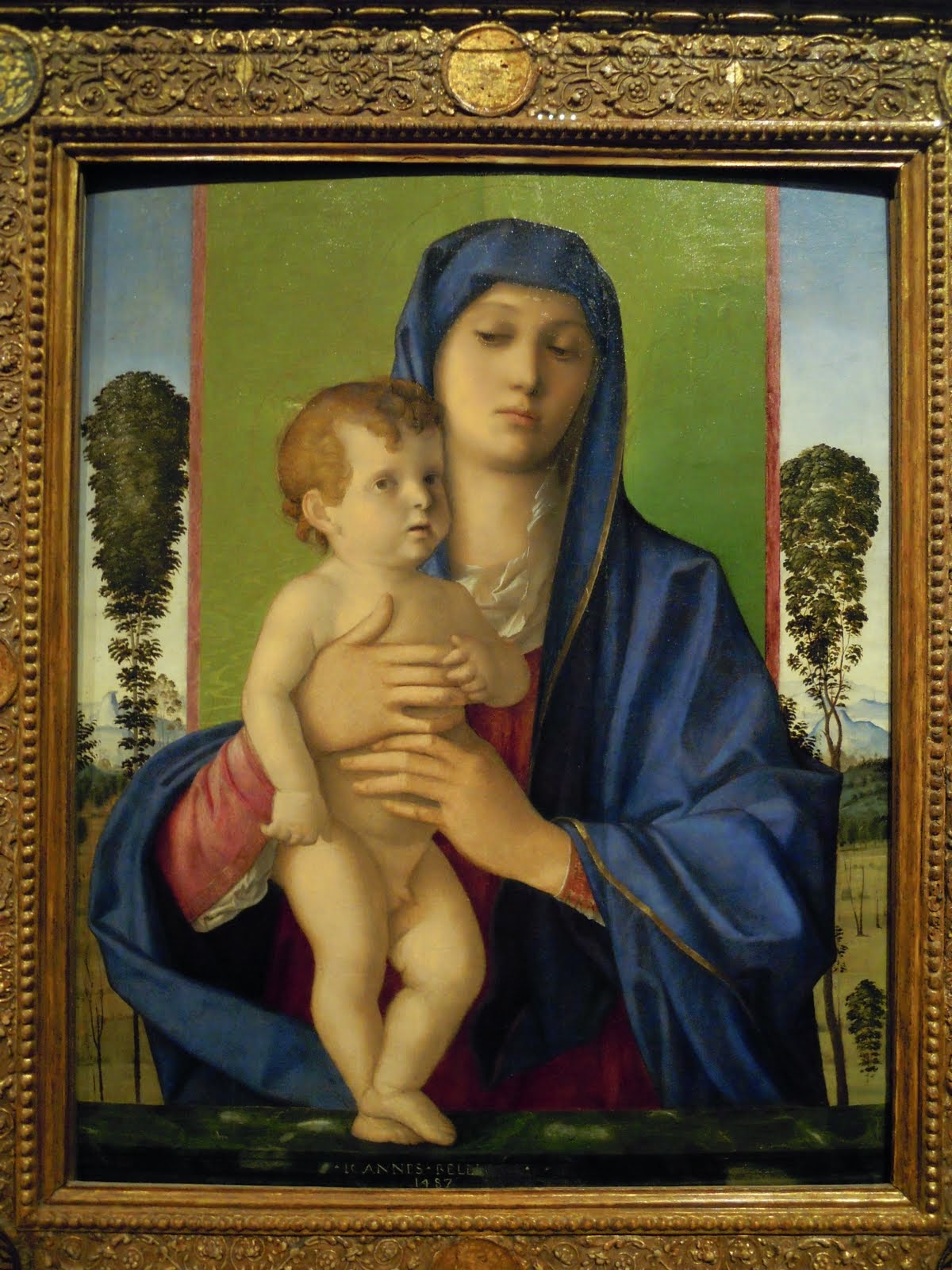 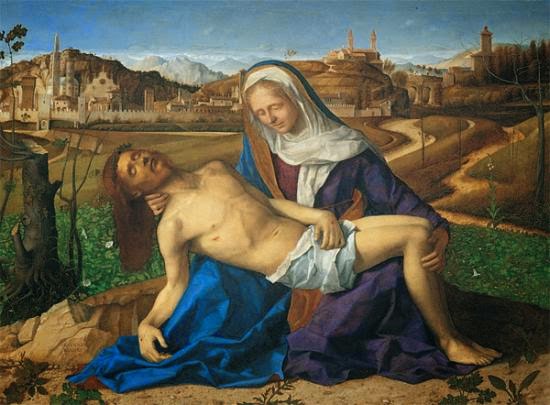 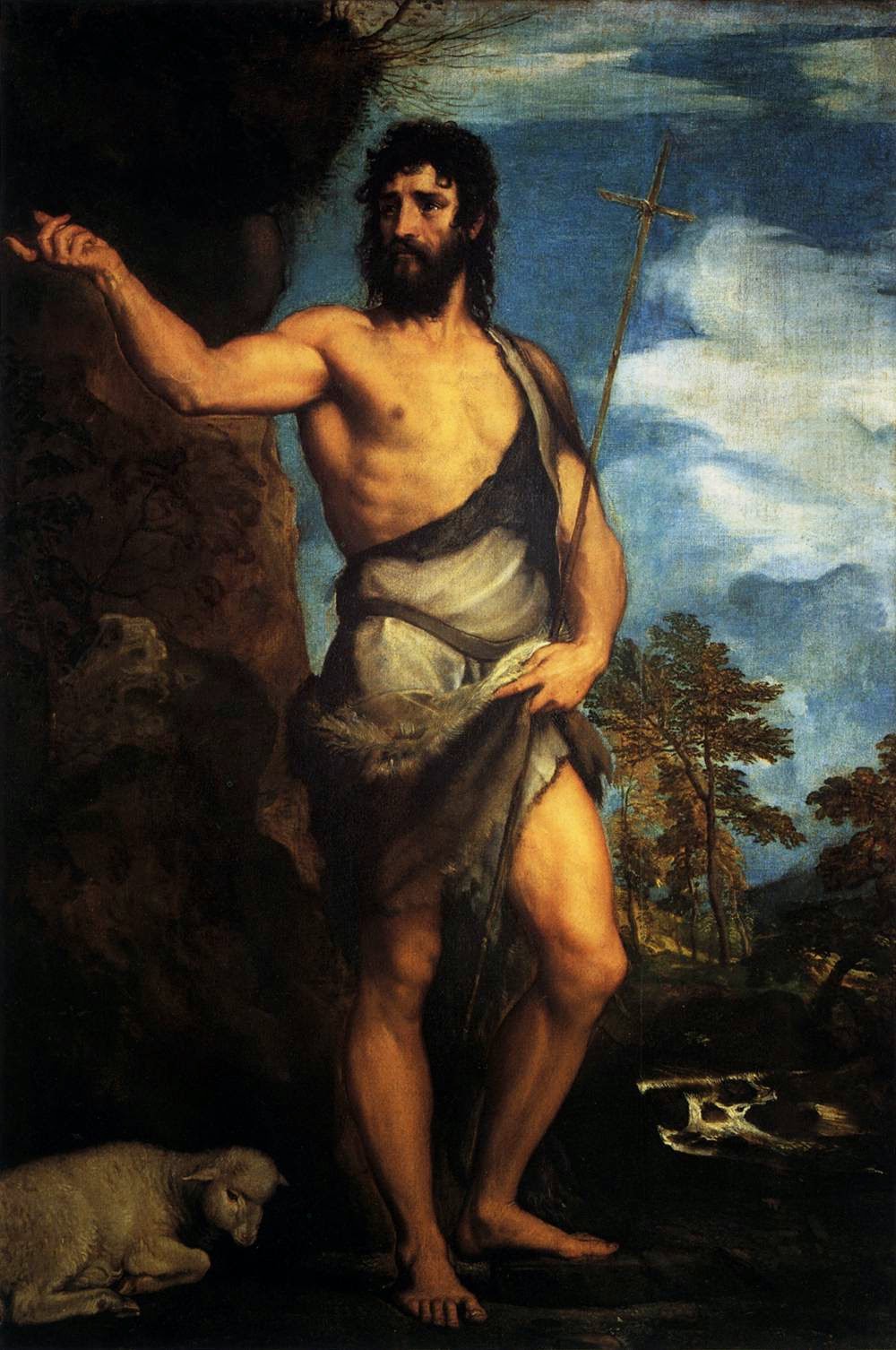 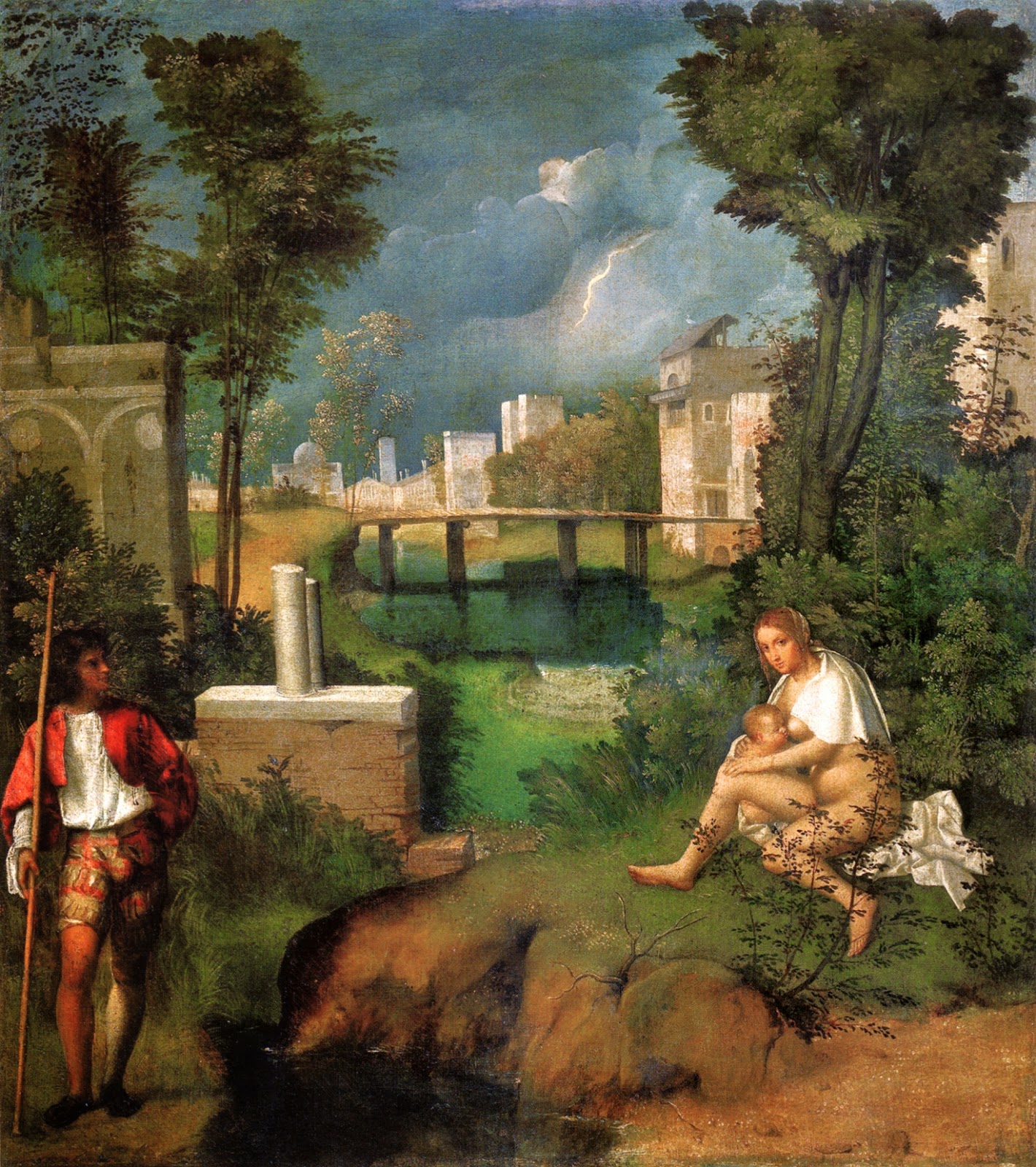 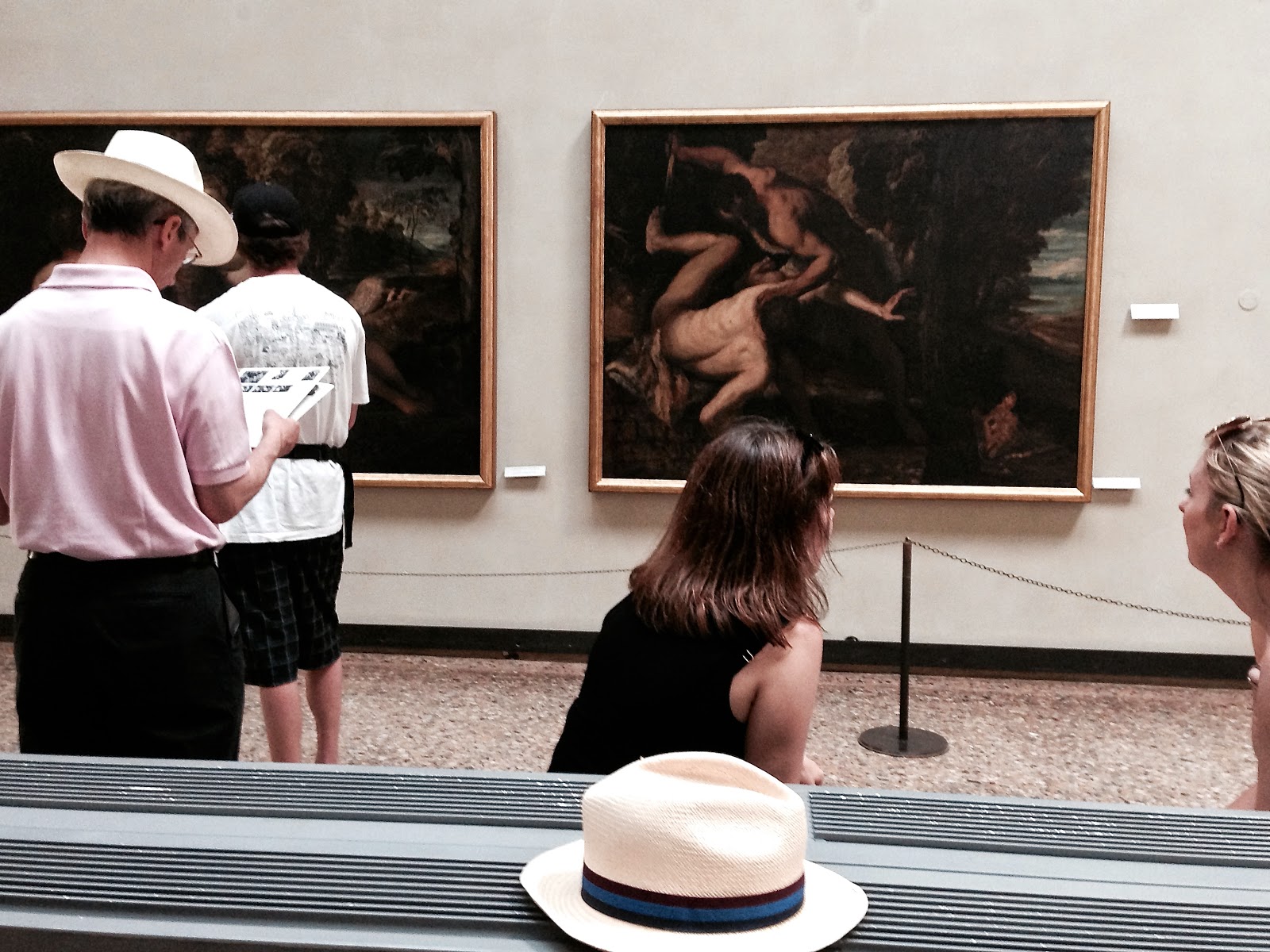 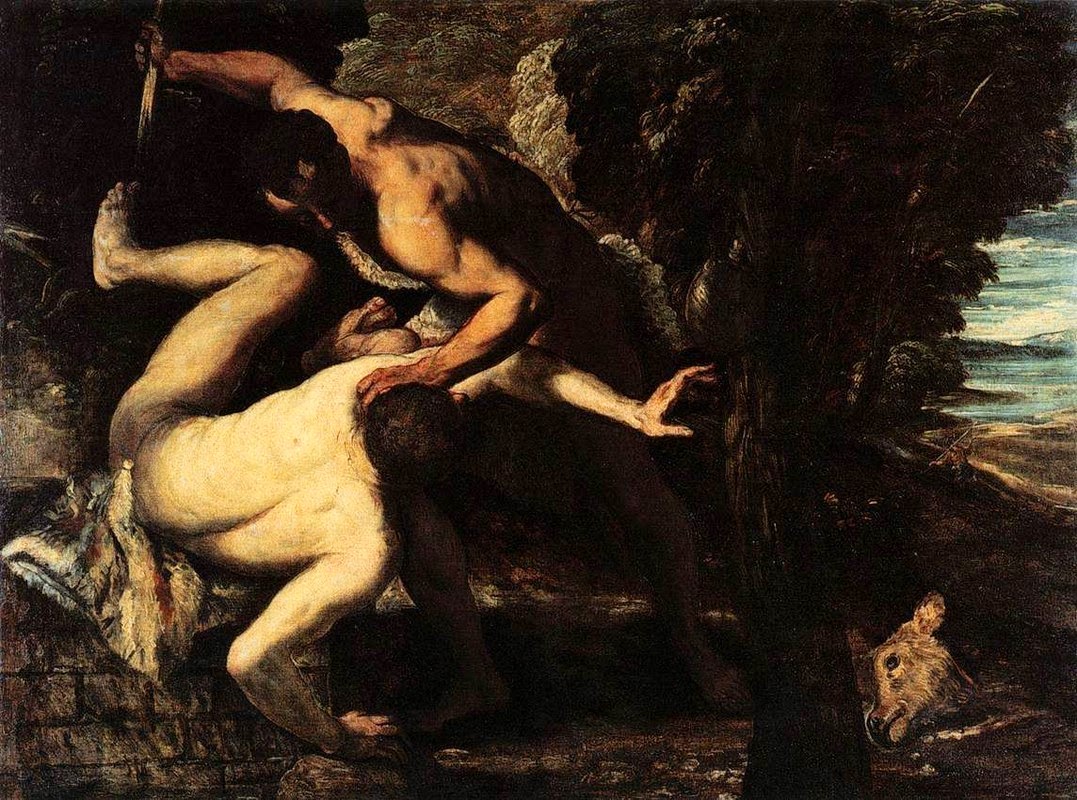 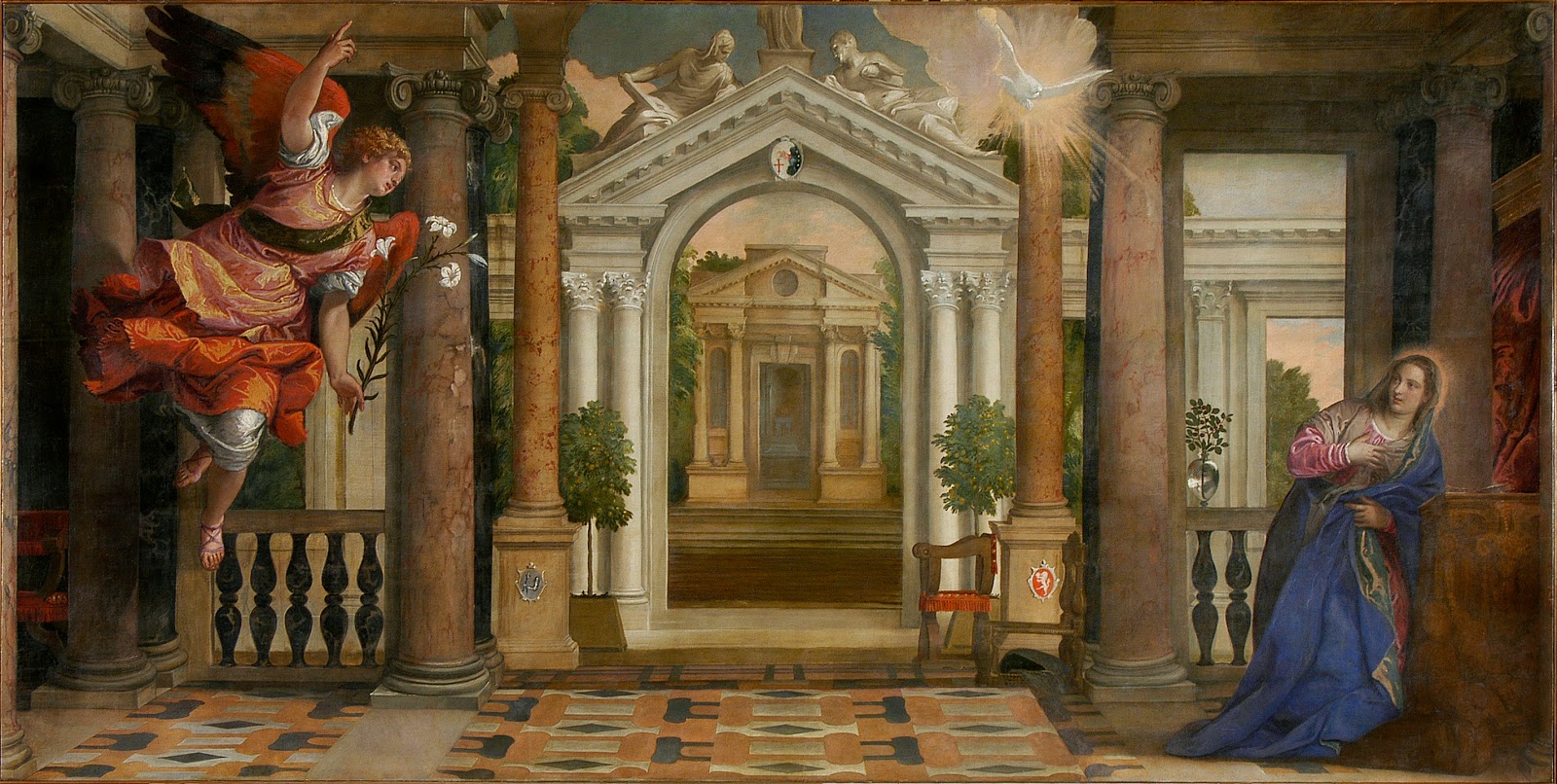 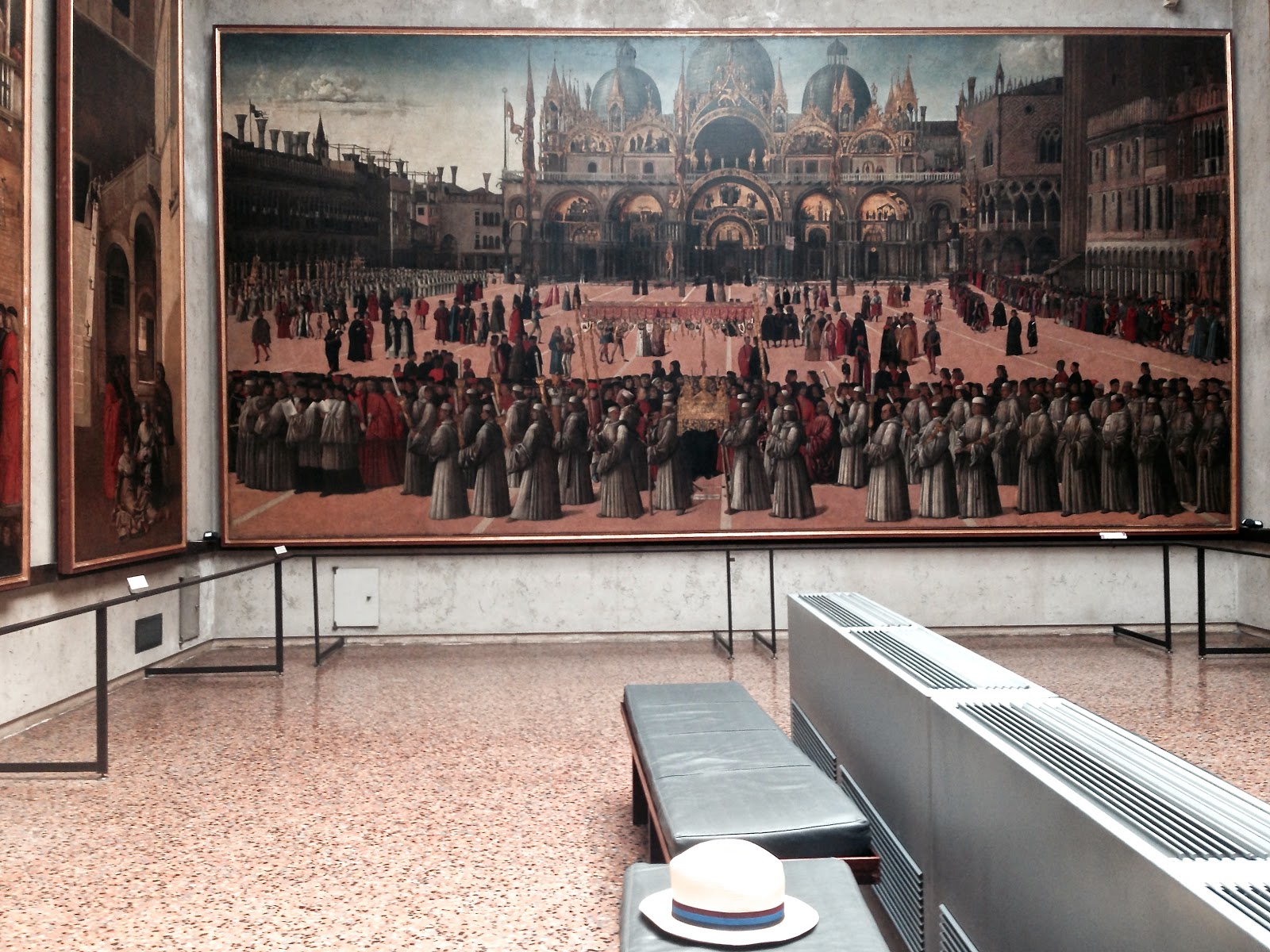 There was a special exhibition of the work of the early Baroque Venetian artist Carlo Saraceno (1579 – 1620) while I was at the Accademia. I was unfamiliar with this artist’s paintings but he was inspired by the lighting effects of Caravaggio but brought his own very individual sense of drama to paintings like his San Rocco Cured By The Angel. Note the dog, usually associated with San Rocco, this animal is reputed to have been given special power to lick San Rocco’s wounds and to heal them. It’s appropriate enough to finish this tour with an image of San Rocco, a very Venetian saint. 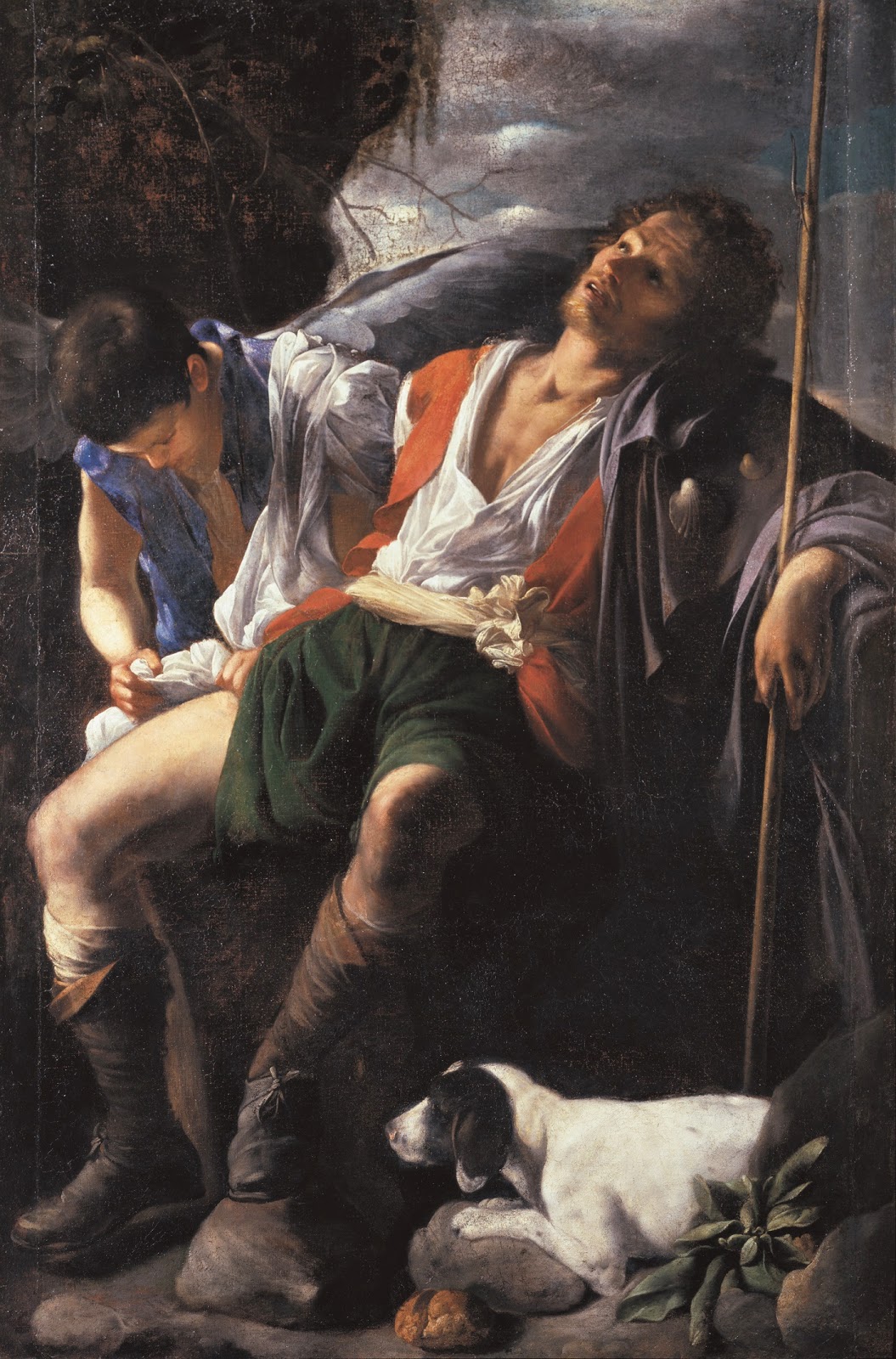 San Rocco cured by the Angel by Saraceno 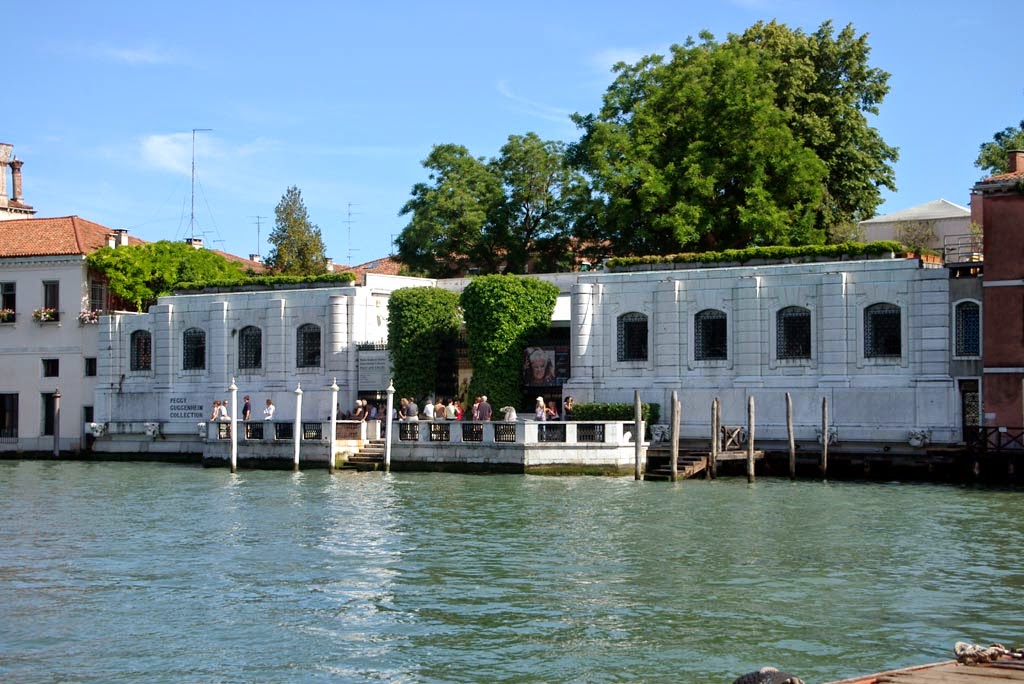 I didn’t get to the Peggy Guggenheim Collection this time but I love it there and recommend a visit – it’s an inspiring place and good antidote to all that Renaissance art. 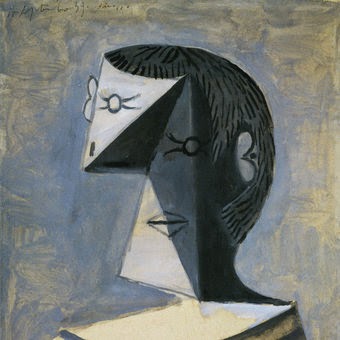 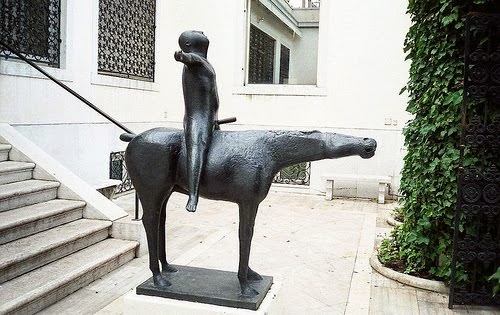