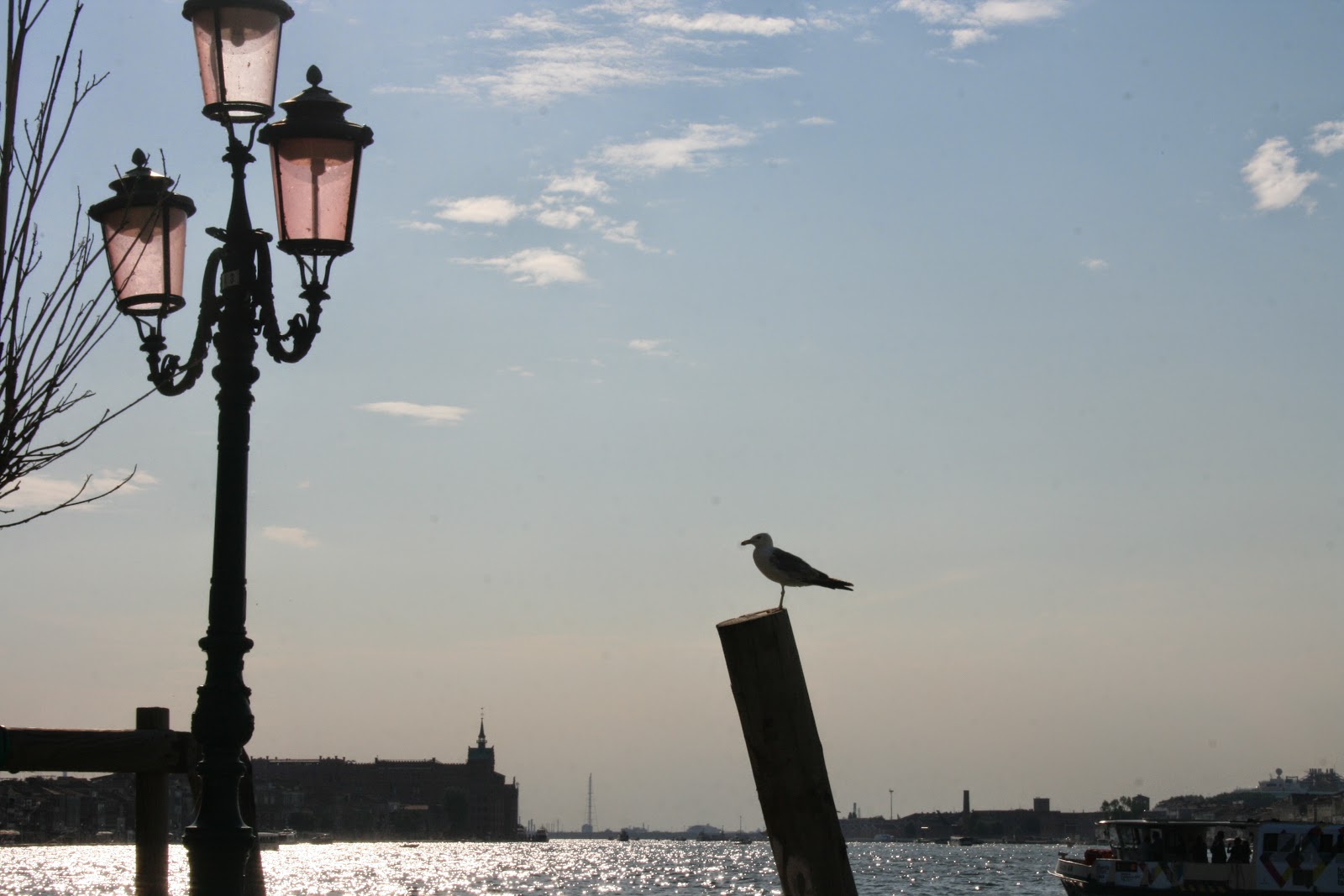 The last island I visited during my recent holiday in Venice, was Giudecca, on the other side of the enormous Giudecca Canal from the main city of Venice.  On the day, in June, when I was there, it felt very far from the madding crowd. Less glamorous than Venice perhaps but very atmospheric in its rather run-down and elegant shabbiness. 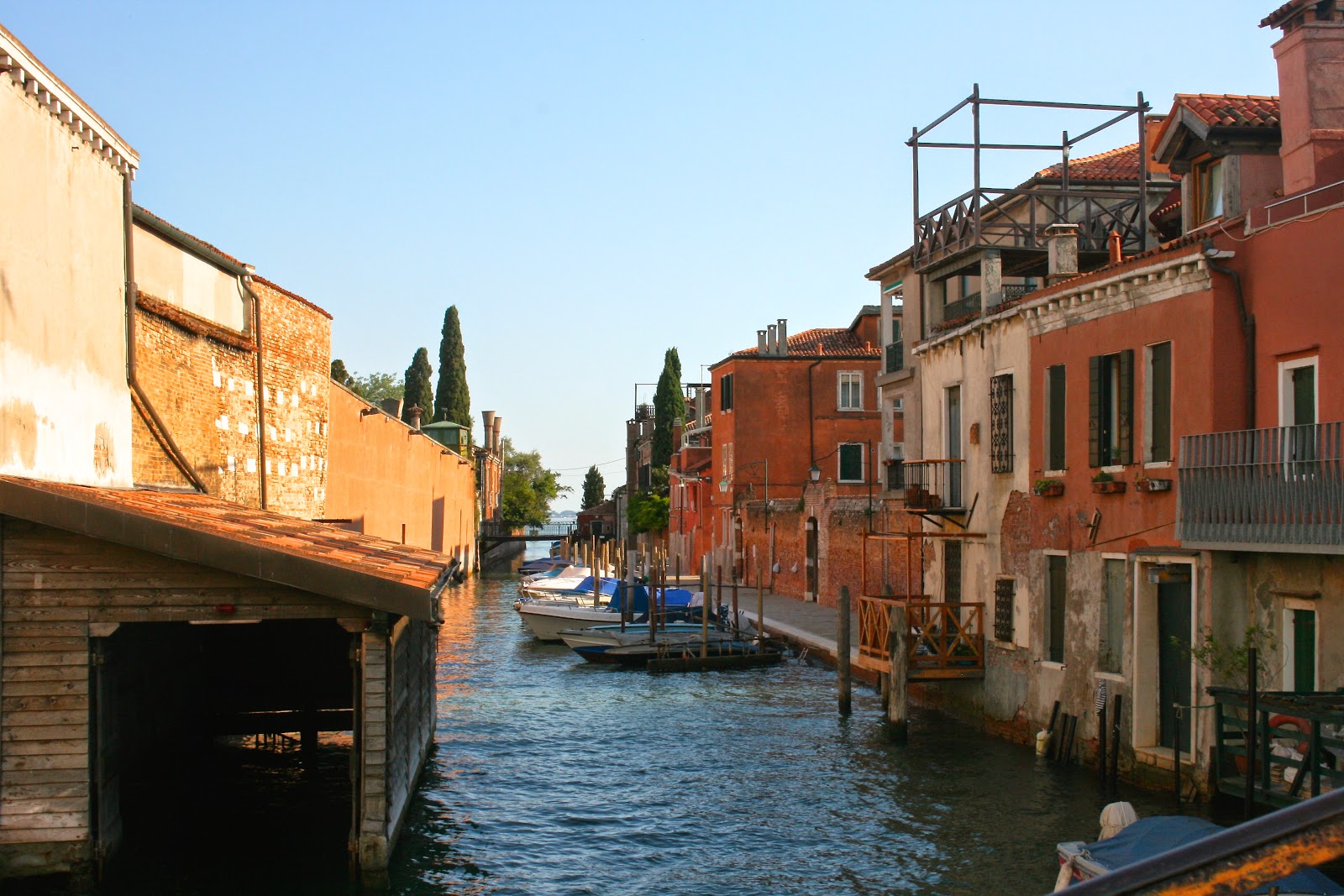 Centuries ago Giudecca was the garden island where rich Venetians came to avoid the worst of the humid city summers. Some of that mood lingers behind the high walls. 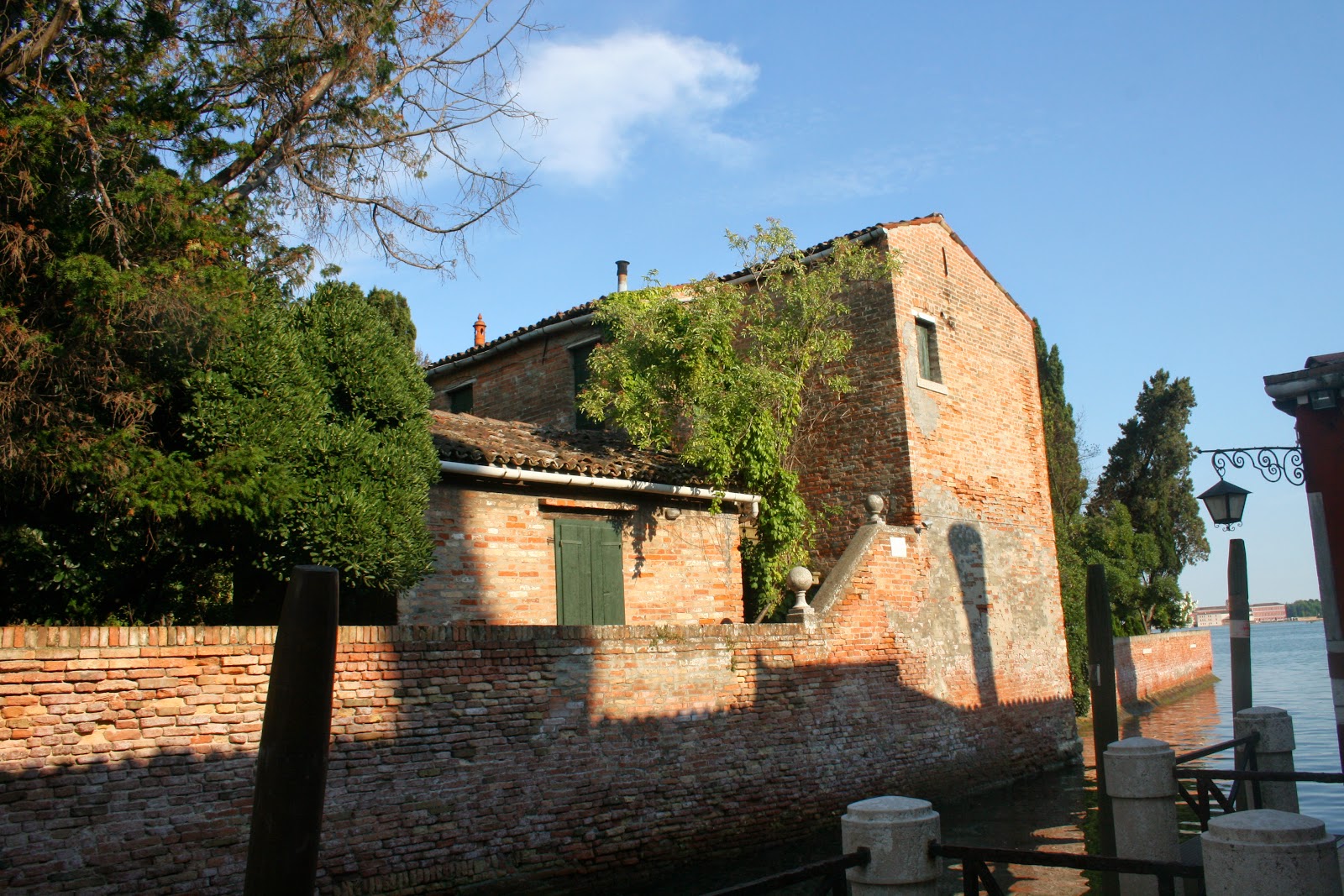 Here the afternoon sun turns the old bricks a golden brown and casts mysterious shadows for our delectation. 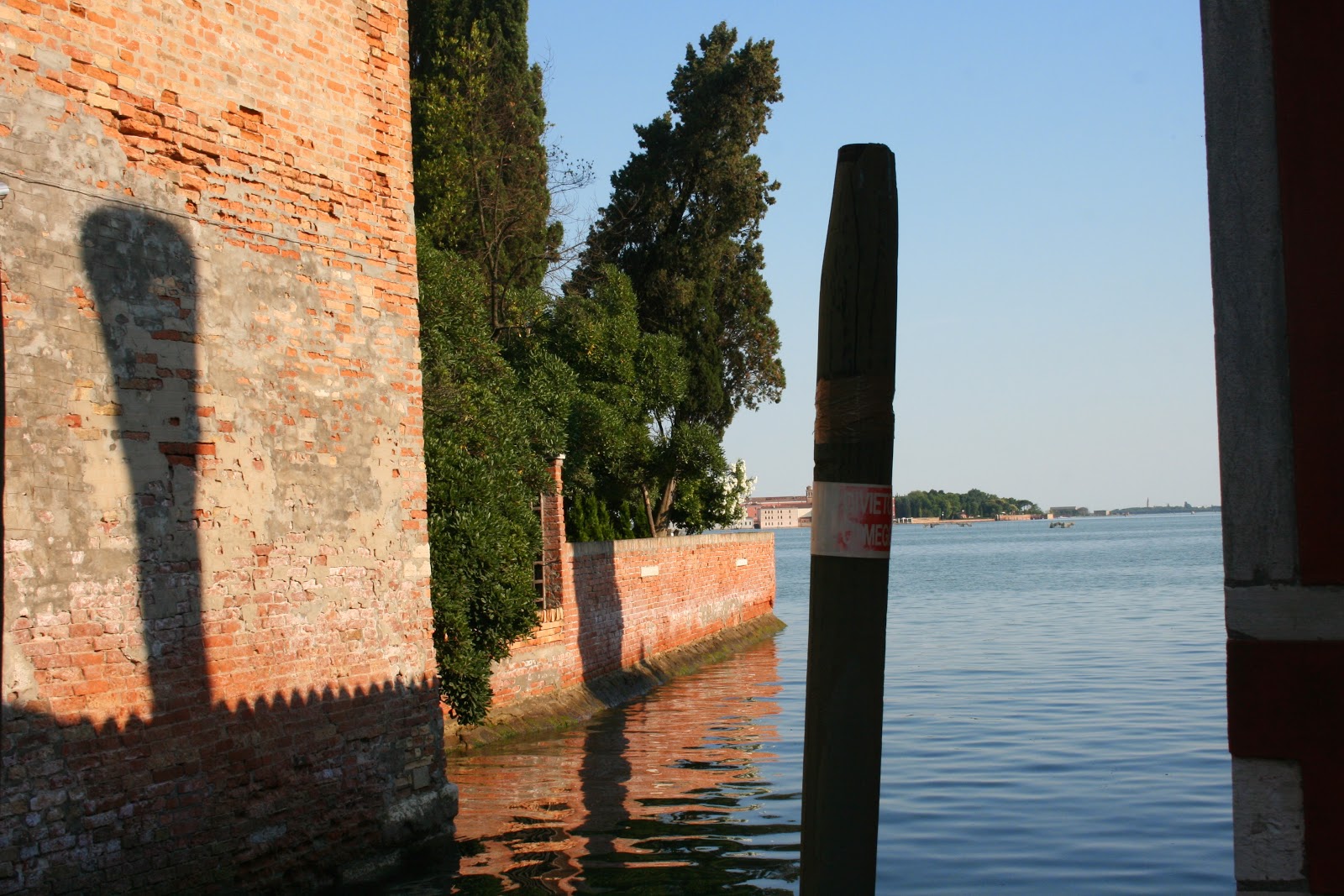 Some of those high walls, however, define the limits of a women’s prison as that watch tower indicates. 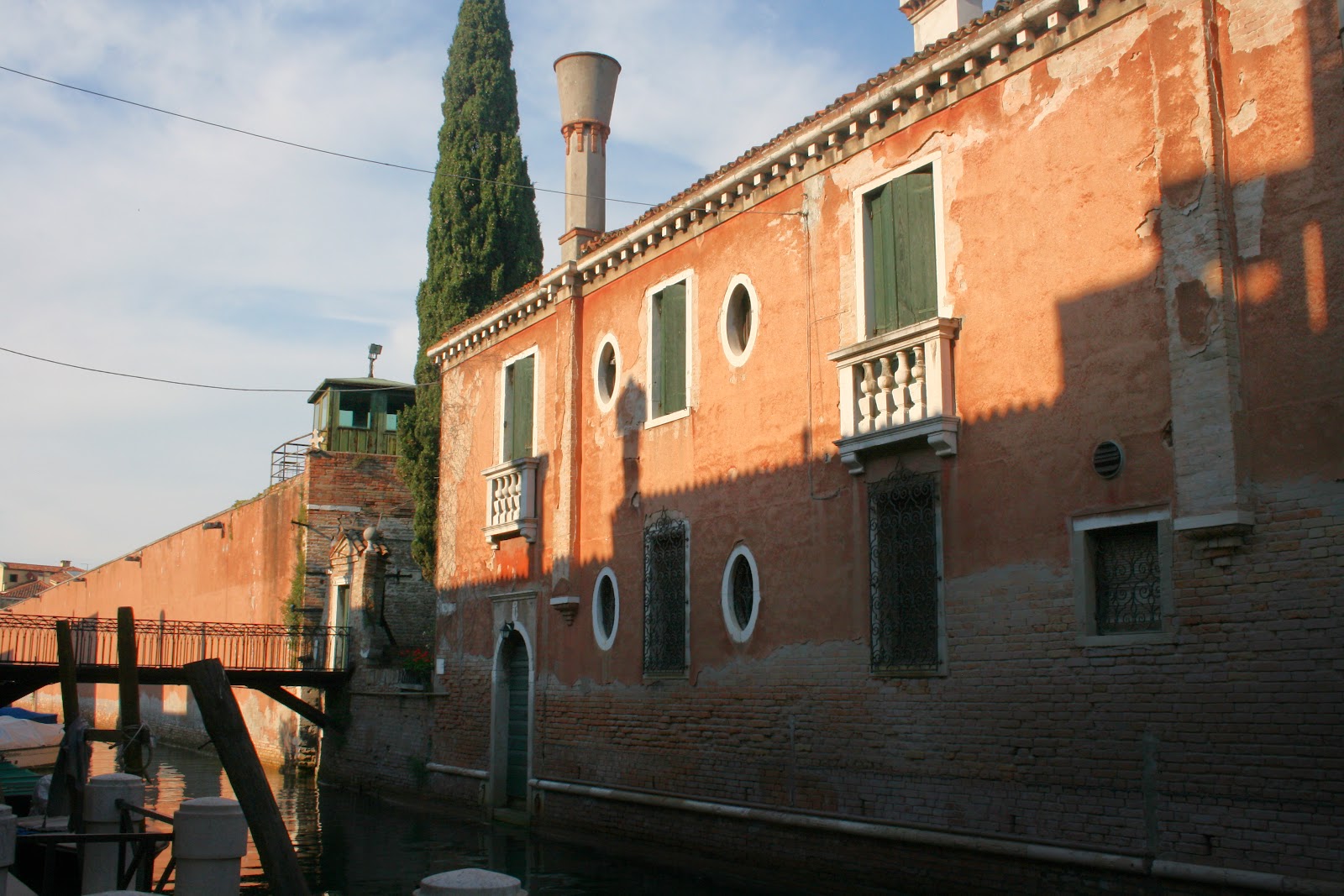 Looking through an open gate but obeying the no entrance sign, I thought I could imagine a worse place to be locked up but then I was in a mellow mood. 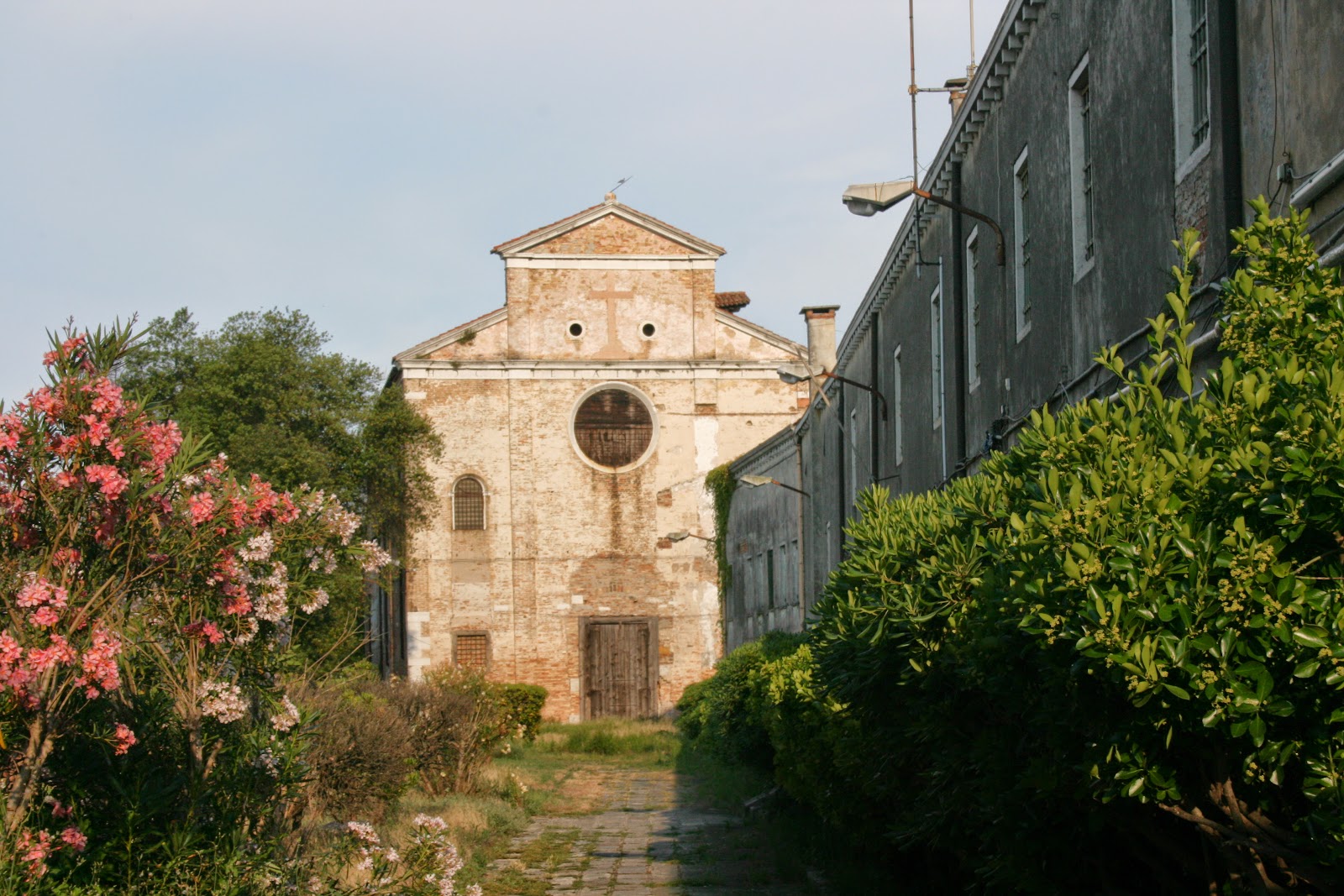 Giudecca is, I’m told, one of Venice’s arty quarters where avant garde theatre and art keep a population of students and artists amused throughout the year. Well, not much was going on that day and I couldn’t make it to the Cambodian folk dancing across the narrow strip of water to the neighbouring island of San Giorgio, home to one of the most famous buildings by the great architect Andrea Palladio (1508 – 1580), the monastery of San Giorgio itself. I never made it over there much to my regret. A project for my next visit I hope but I had a good view of it from Giudecca. 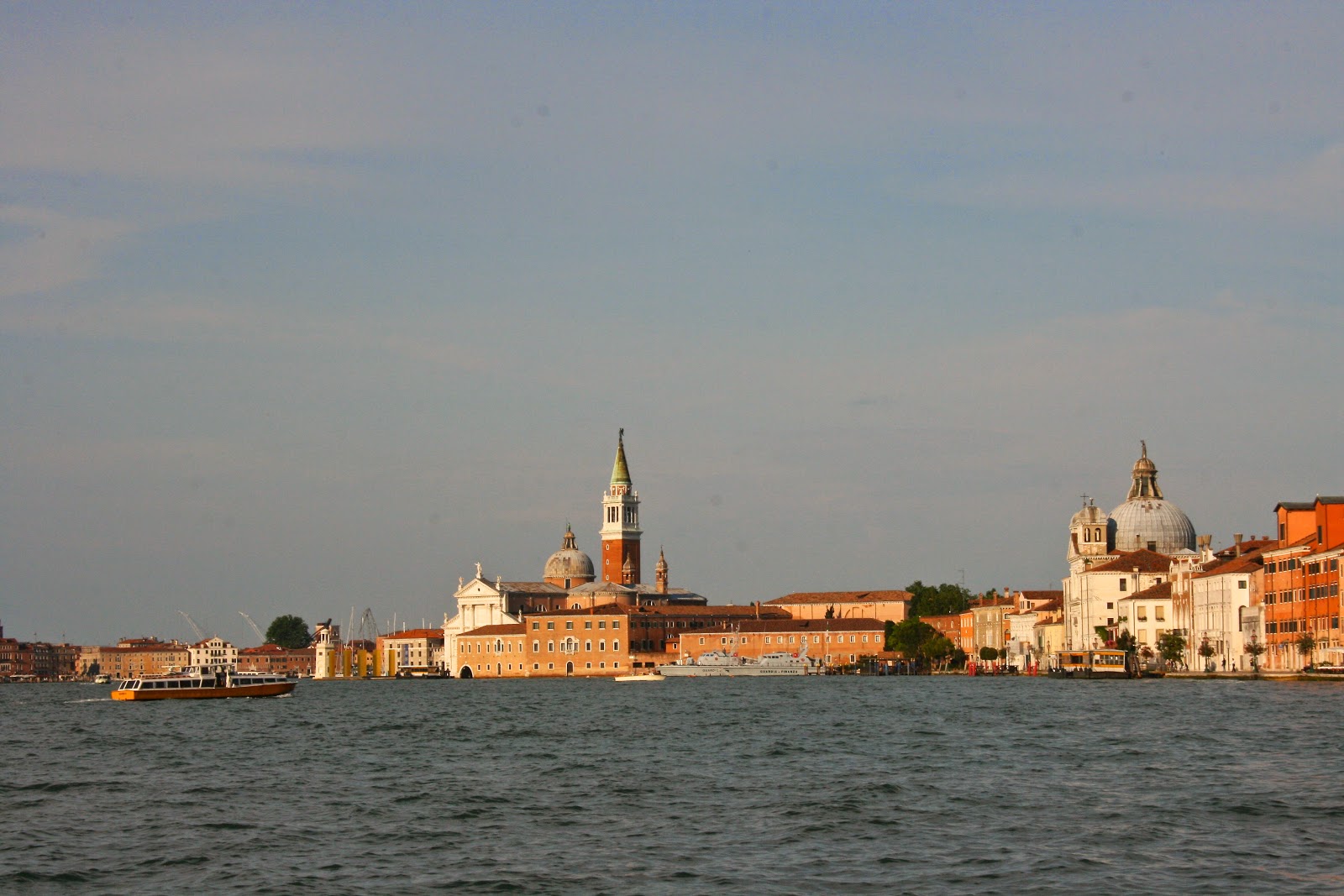 I was happy enough though to wander round Giudecca with my camera. 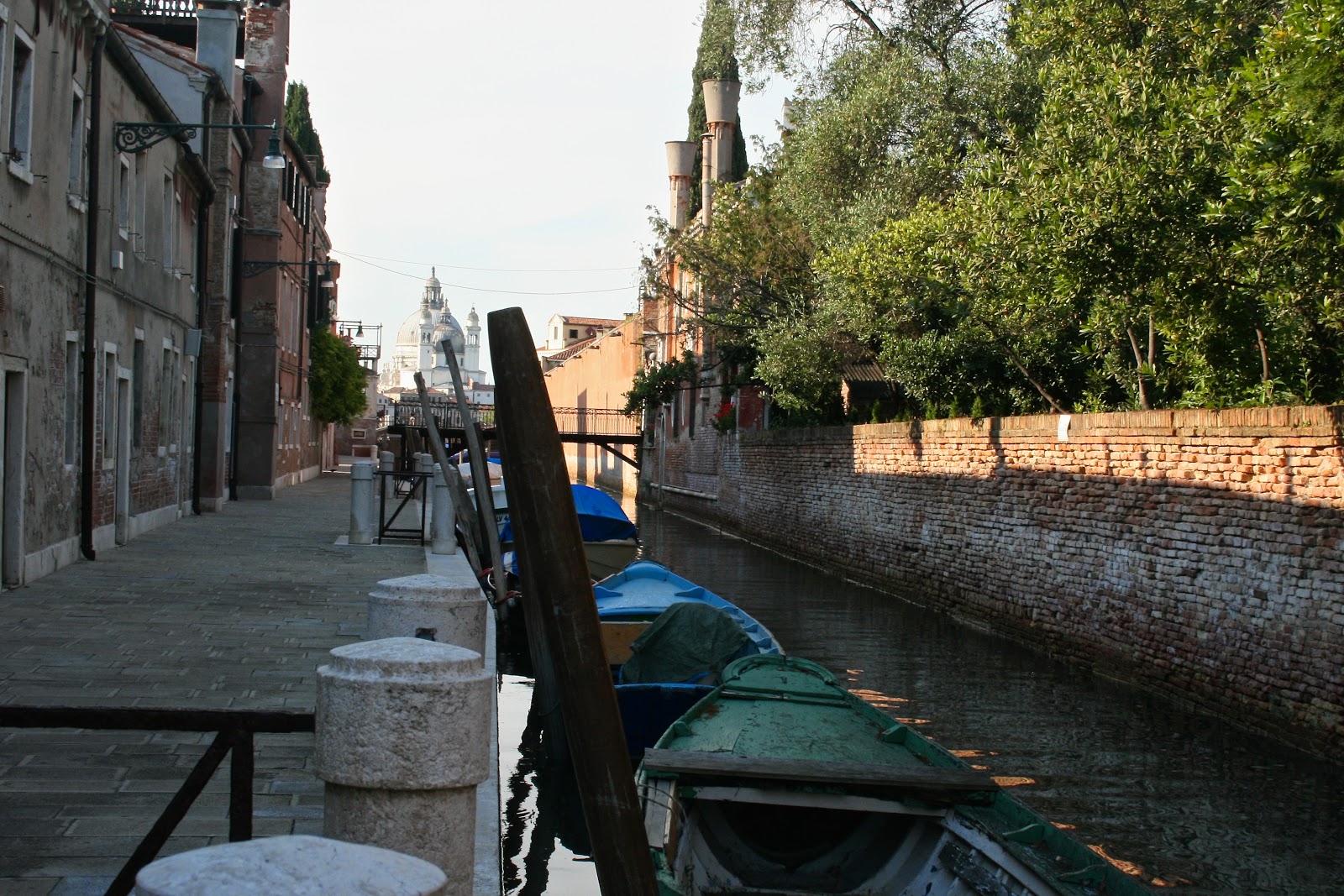 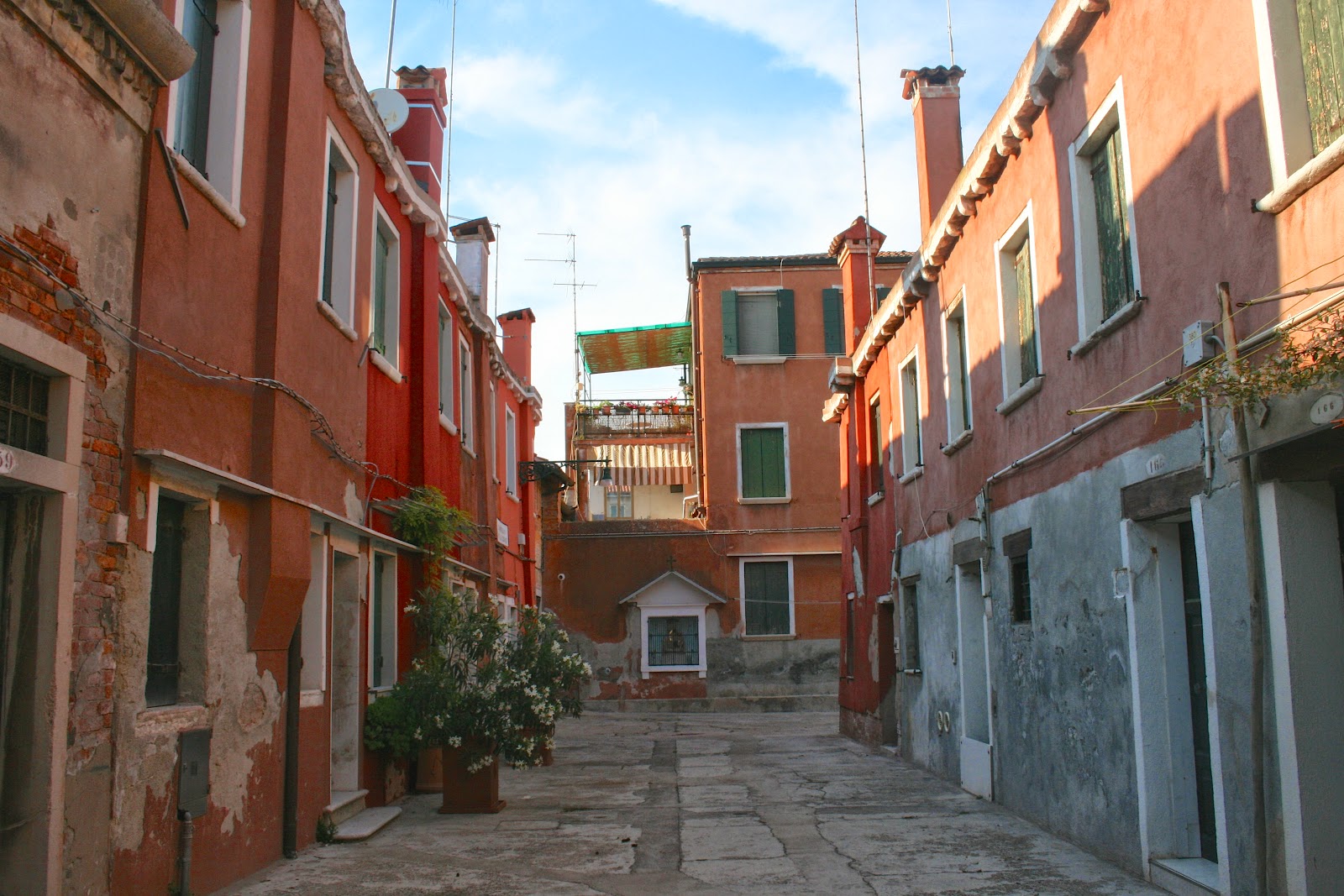 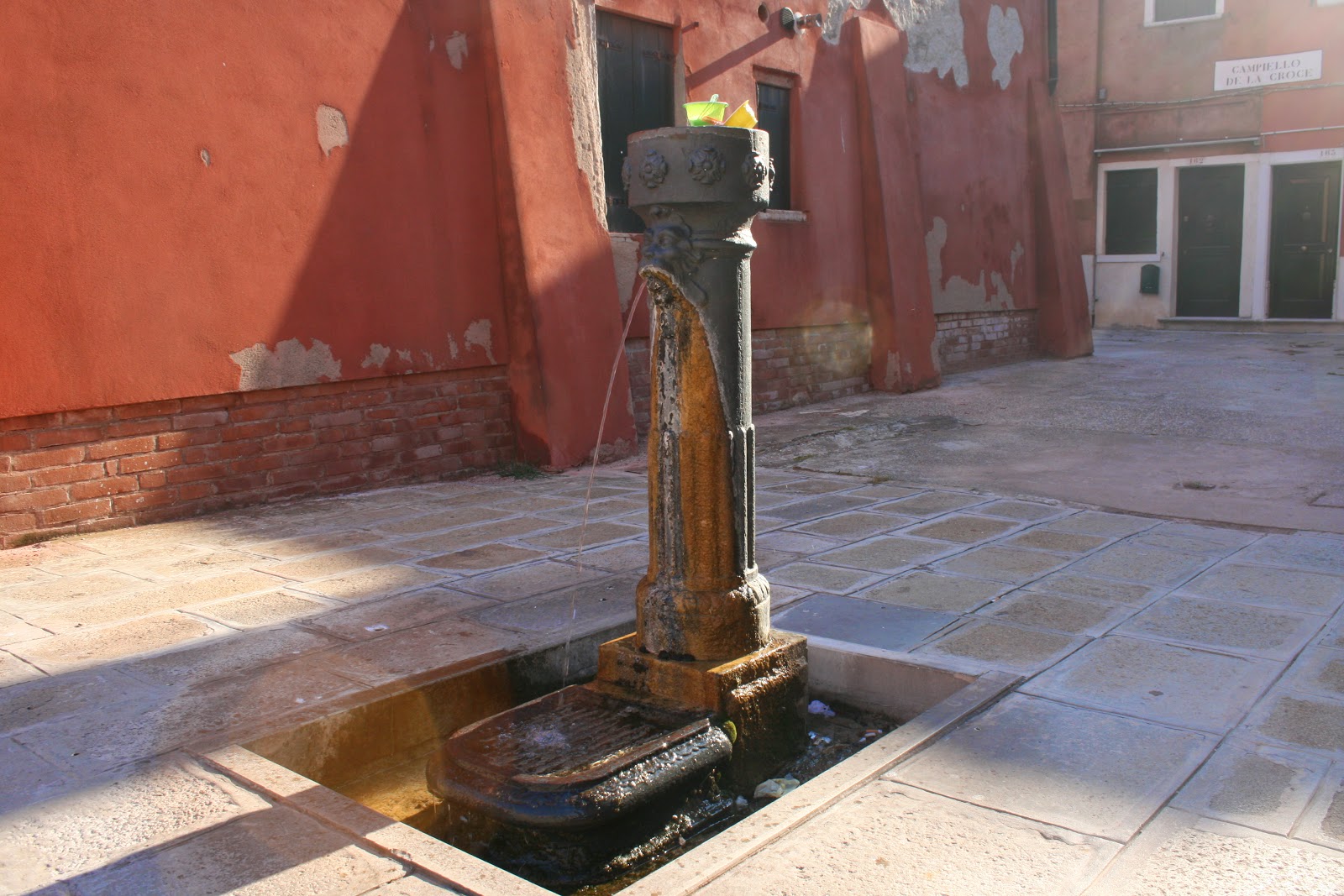 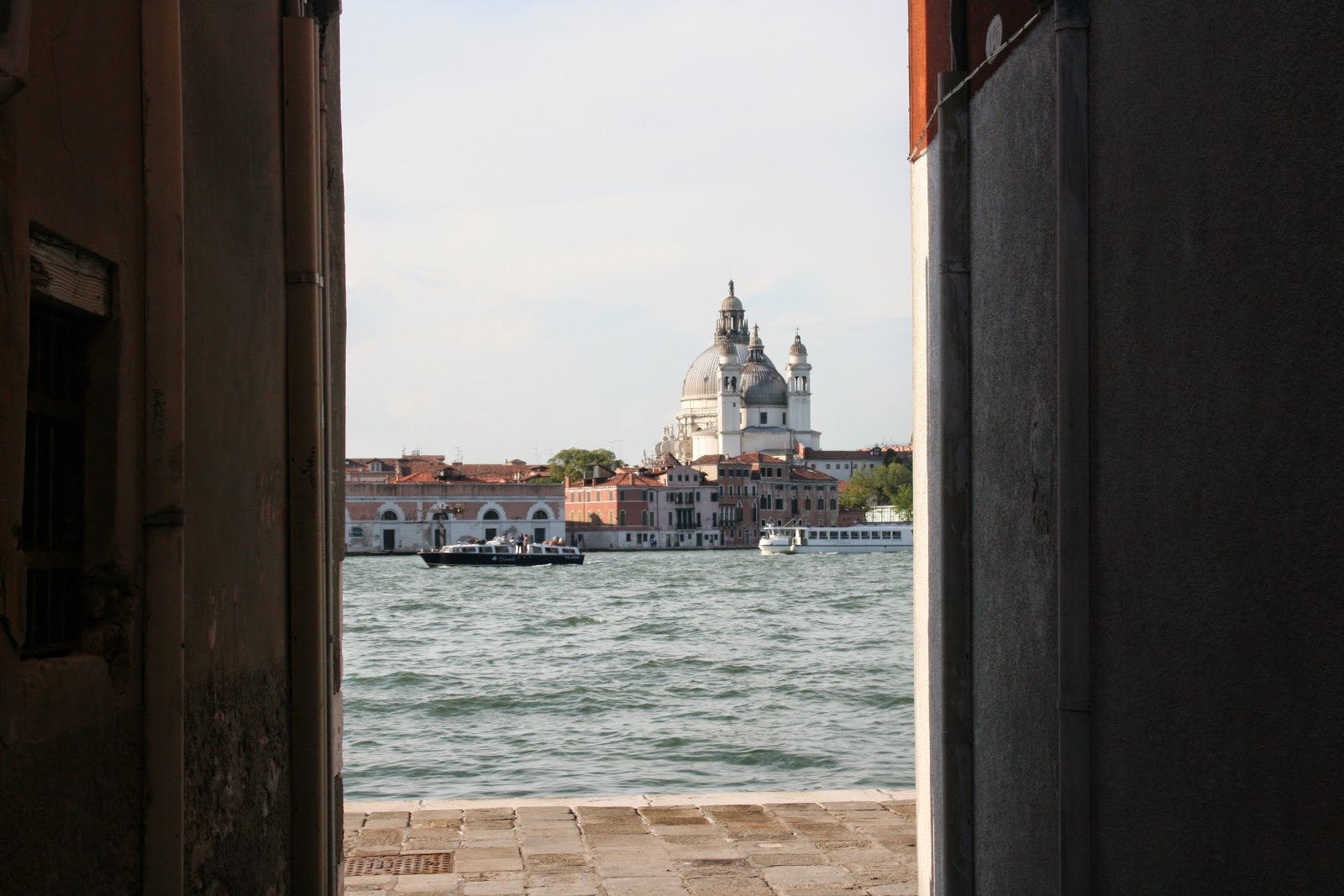 Giudecca is home to the Fortuny fabric factory, still famous for its exotic dress materials once the toast of early Twentieth Century Europe. 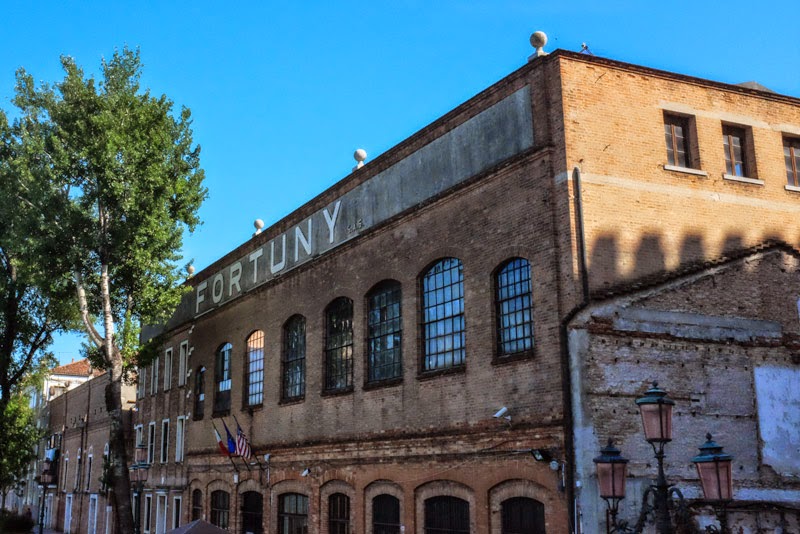 Designer and artist Mariano Fortuny y Madrazo (1871 –1949) was a Spaniard who made Venice his home and managed, with his ideas of design to create the fabrics which will always be seen as the style of his era. 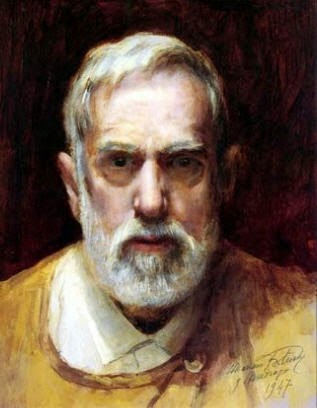 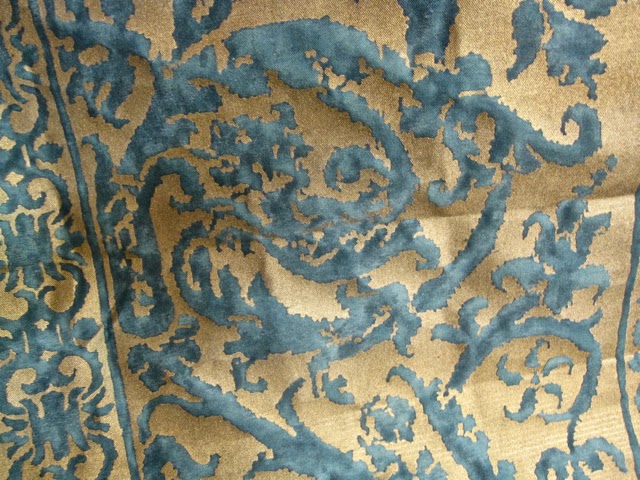 Even if you haven’t heard of him, you will recognise his designs. This is how women wanted to look in the fashionable 1900s. 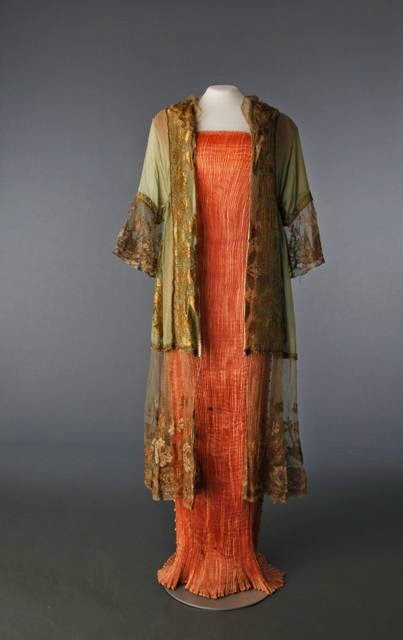 That encyclopaedic style enthusiastic, the French novelist Marcel Proust (1871 – 1922), not only loved Venice and visited it often but he waxes lyrical about Fortuny’s designs in the giant seven volume novel À la recherche du temps perdu (In Search Of lost Time) – coincidently the book that I brought with me on my kindle for my holiday reading. I had got up to volume five when I got to Venice and, strangely, I read about Proust’s fashionable Duchess de Guermantes’ Fortuny dresses just after visiting Giudecca. Now I can really picture clearly some of Proust’s most elegant characters. 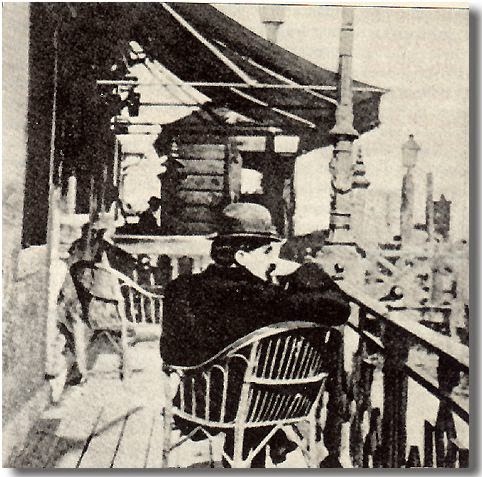 I had really come to Giudecca to have dinner at one of Venice’s most rated restaurants, the unpretentious, magnificently situated but culinarily creative I Figli della Stelle Ristorante on the side of the Giudecca Canal with spectacular views of Venice itself. 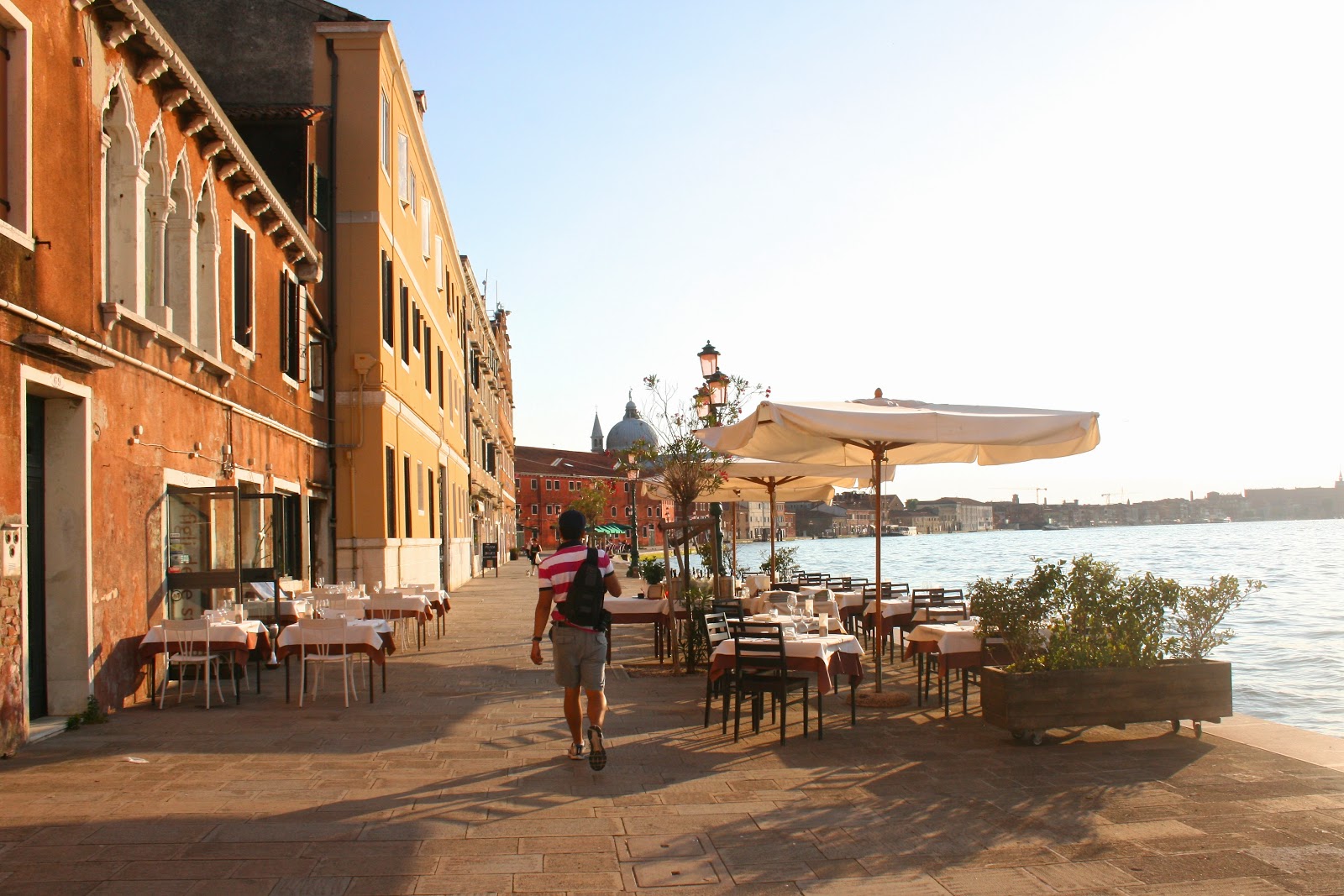 What better way to spend an Italian evening in mid June than to have a great meal while watching the light change on the great city of Venice itself. 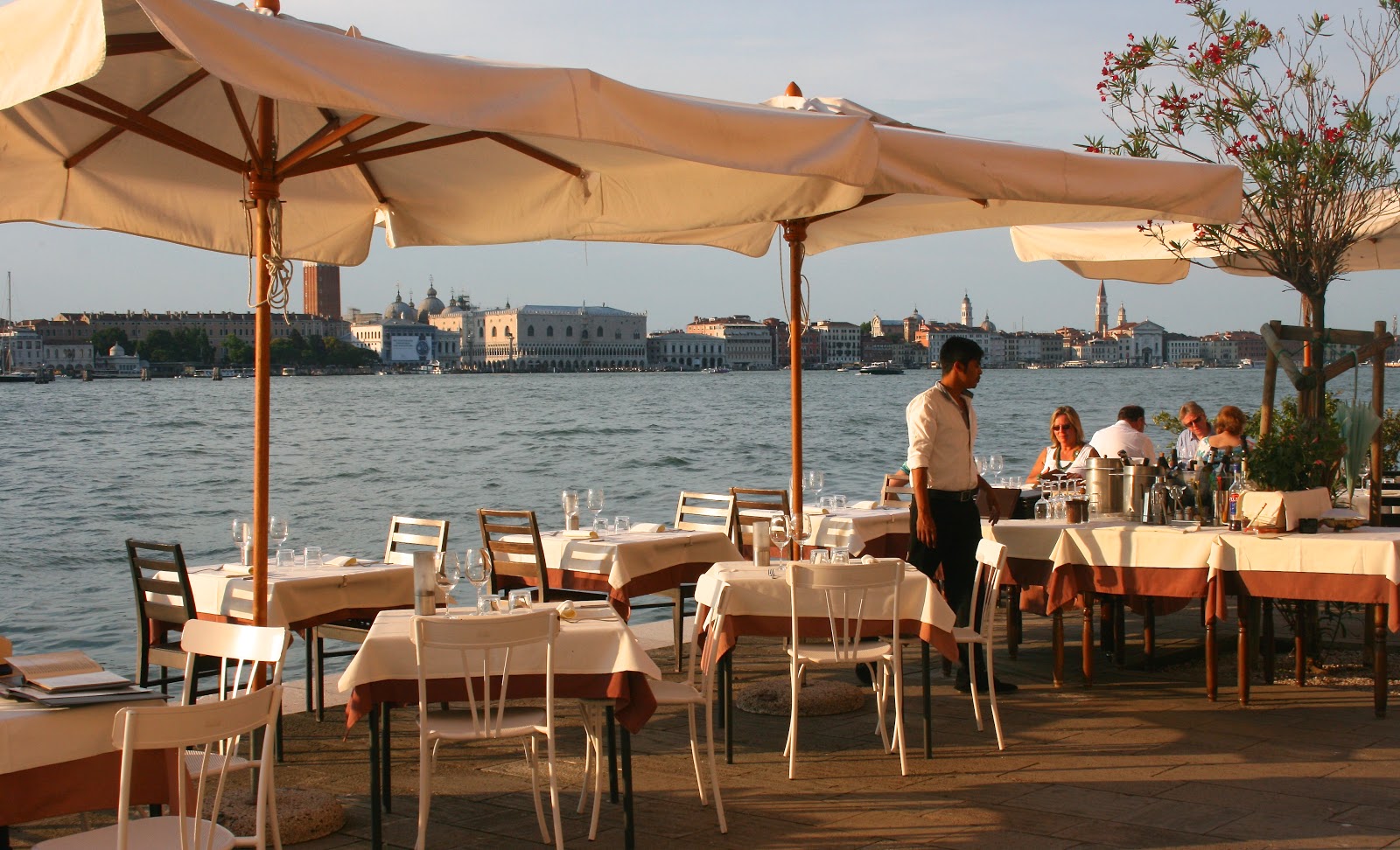 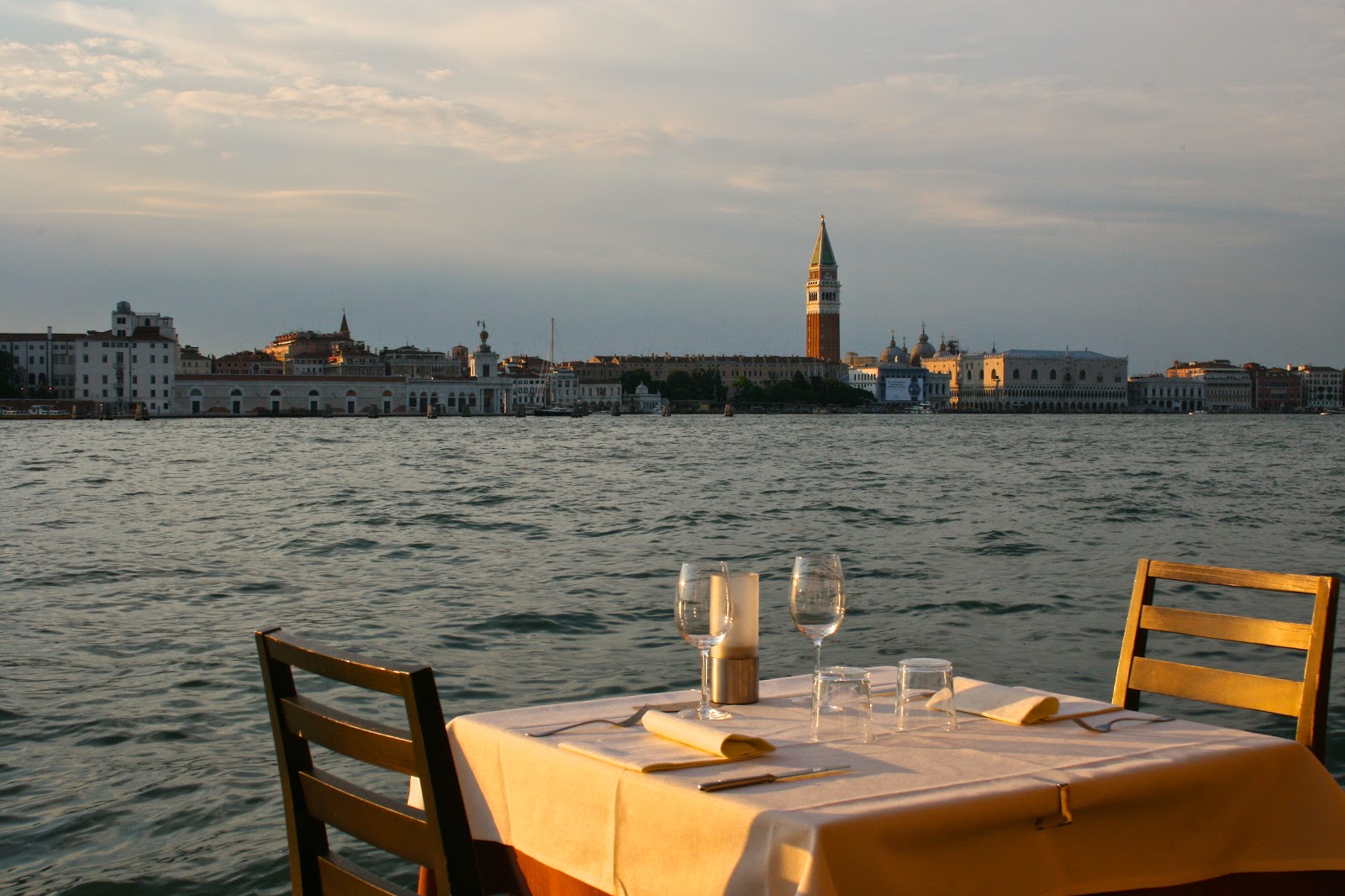 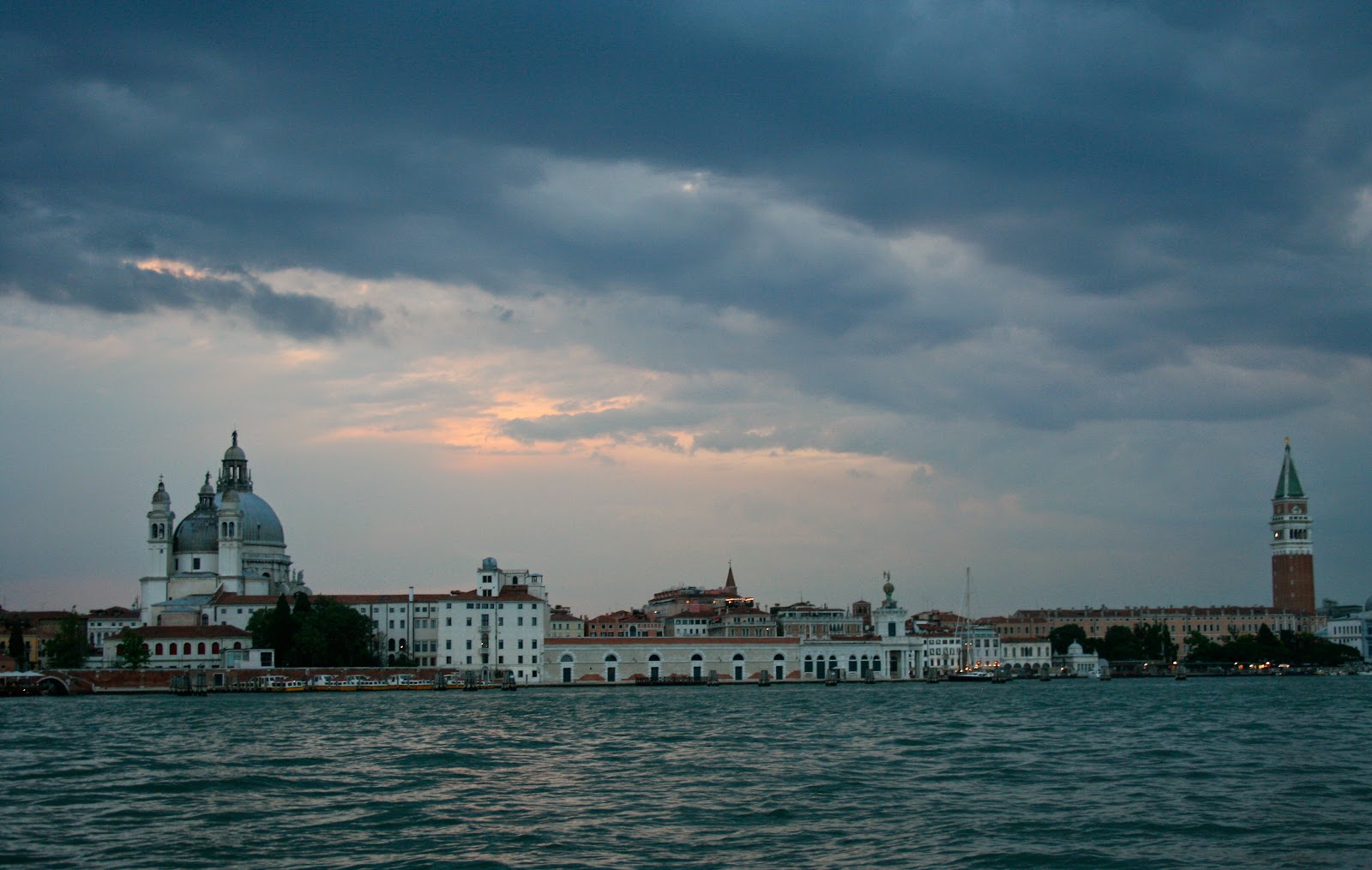 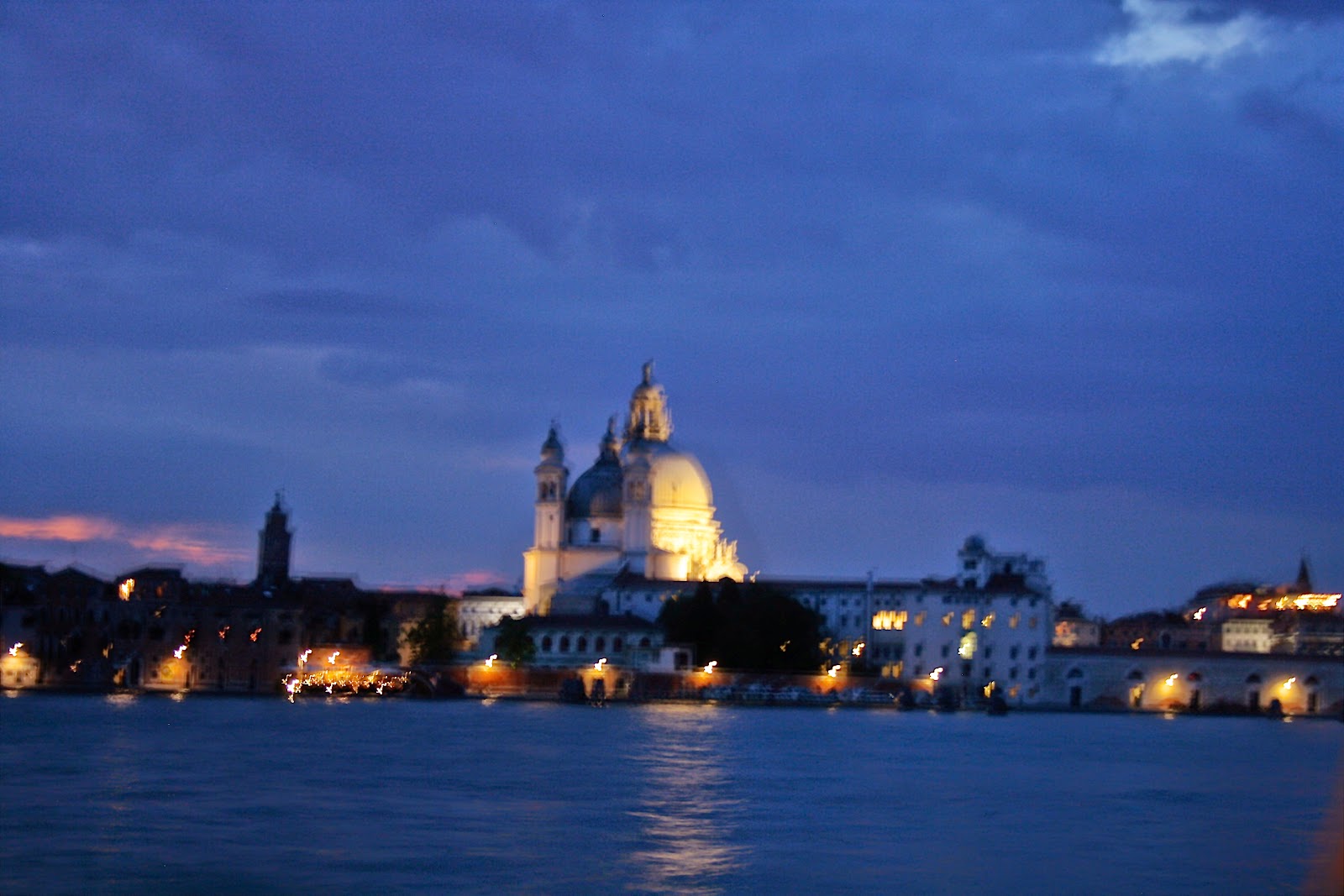 It is now available as a paperback or on Kindle (go to your region’s Amazon site for Kindle orders)
You can order the book from the publishers, Ward Wood Publishing:
http://wardwoodpublishing.co.uk/titles-fiction-colin-bell-stephen-dearsleys-summer-of-love.htm
…or from Book Depository:
http://www.bookdepository.co.uk/Stephen-Dearsleys-Summer-Love-Colin-Bell/9781908742070
…or from Amazon:
http://www.amazon.co.uk/s/ref=nb_sb_noss?url=search-alias%3Daps&field-keywords=Stephen%20Dearsley’s%20Summer%20Of%20loveCOLIN BELL’S PUBLICATIONS: