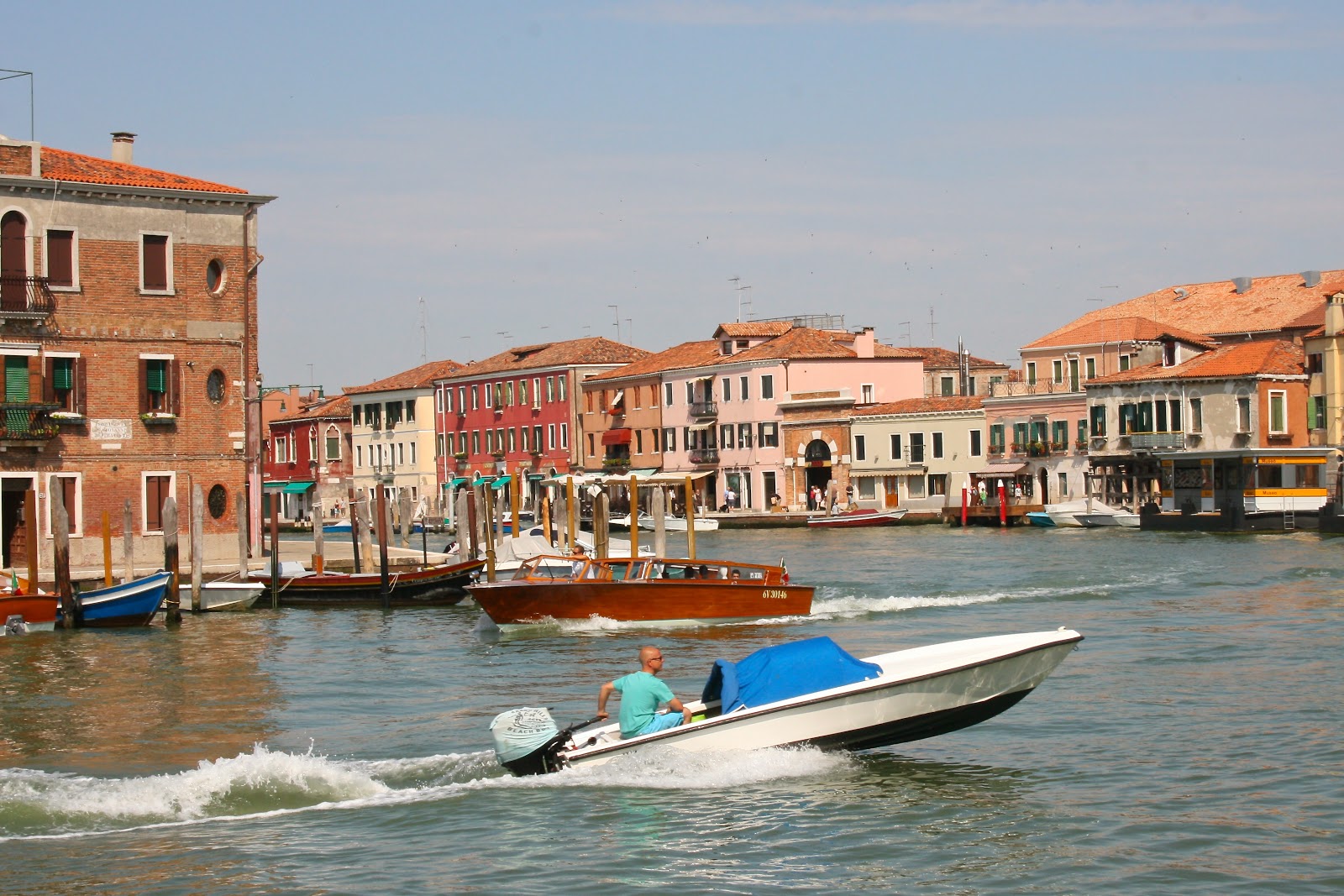 When I told people that I was going to spend two weeks in Venice, one of the things they usually mentioned was Murano and they meant Murano glass. I wasn’t that excited by the talk of going to see the glass being made but I took ak tour of the islands and one of the stopping off points was Murano. It is a pretty little island with an artisan quality and people having been making glass here since at least the 13th Century in a Venetian tradition which goes back to Ancient Rome. 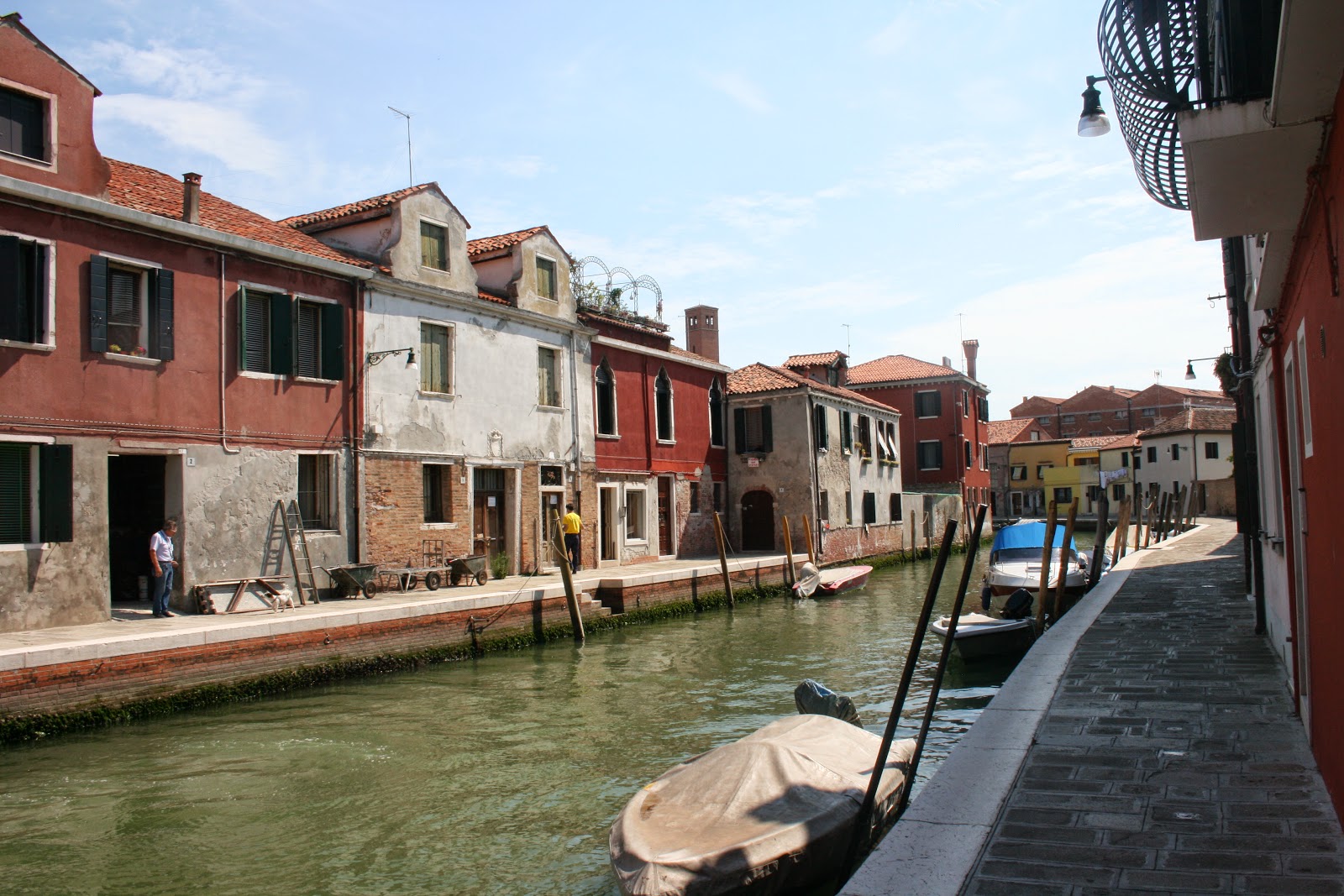 The little town may be pretty but, dare I say this, a lot of the glass is, well, hideous. 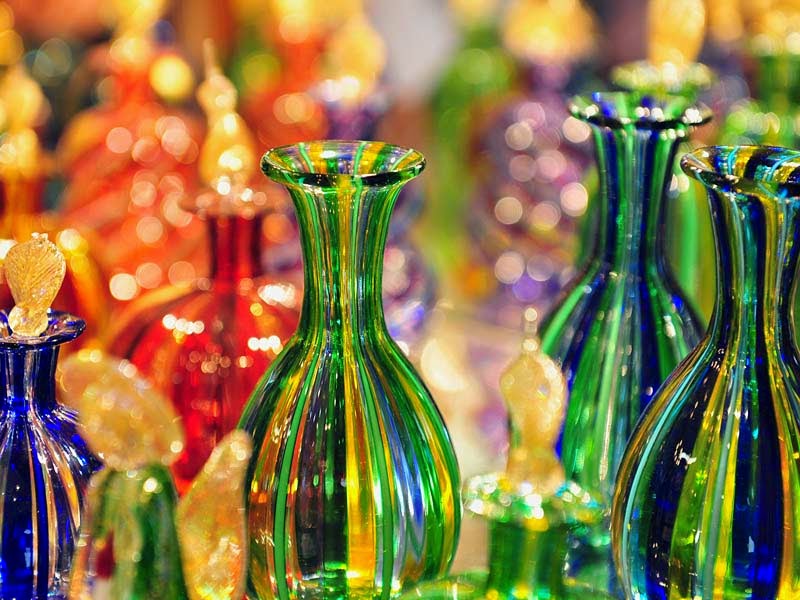 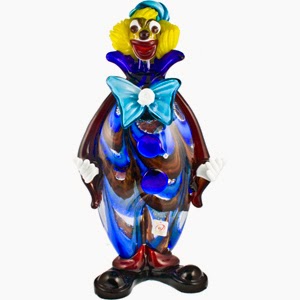 It’s not all bad of course but when you visit the island the shops are mostly full of, er, crap. Elaborate versions of the little glass animals I used to collect when I was a child. Most of the stuff on display in Murano and think would benefit by a well aimed hammer blow. 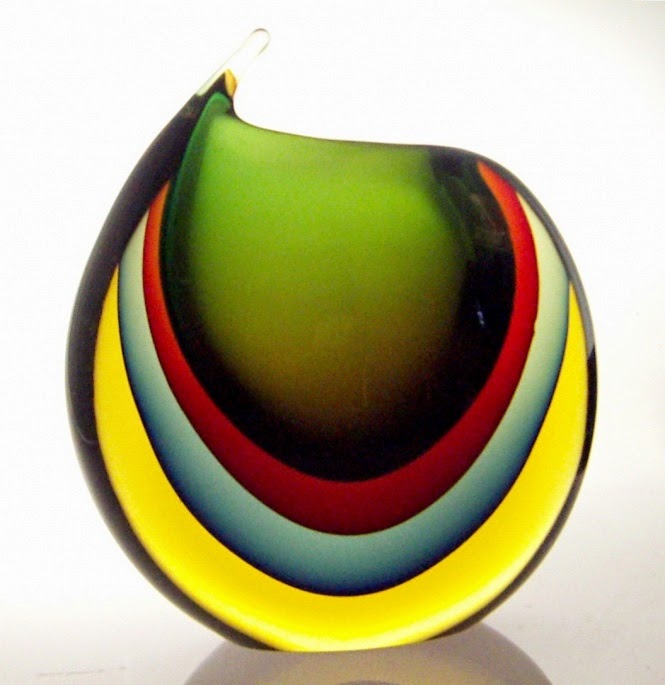 I rather liked this though, the tranquil colours – a colourful but  somehow calming teardrop. I was impressed by the skill of the glass blowers too even if I felt that they were rather wasting their talents on artefacts that I wouldn’t give house-room. 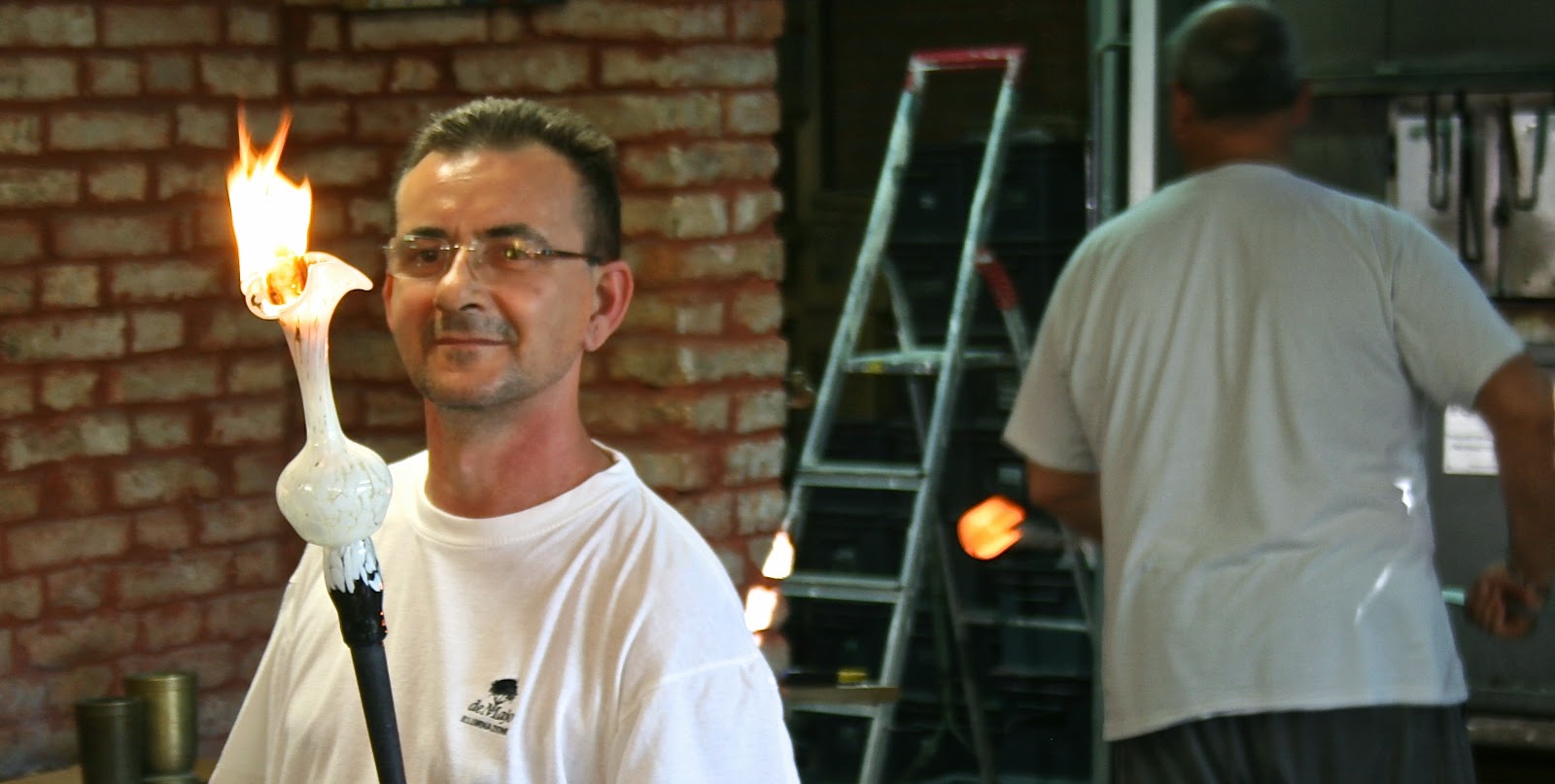 I saw the horse below being made – the latest in the large cavalry of rearing steeds that sit proudly on mantelpieces all over the World. I wasn’t tempted to buy one but I was amazed to watch the glass-blower make it in exactly two minutes. 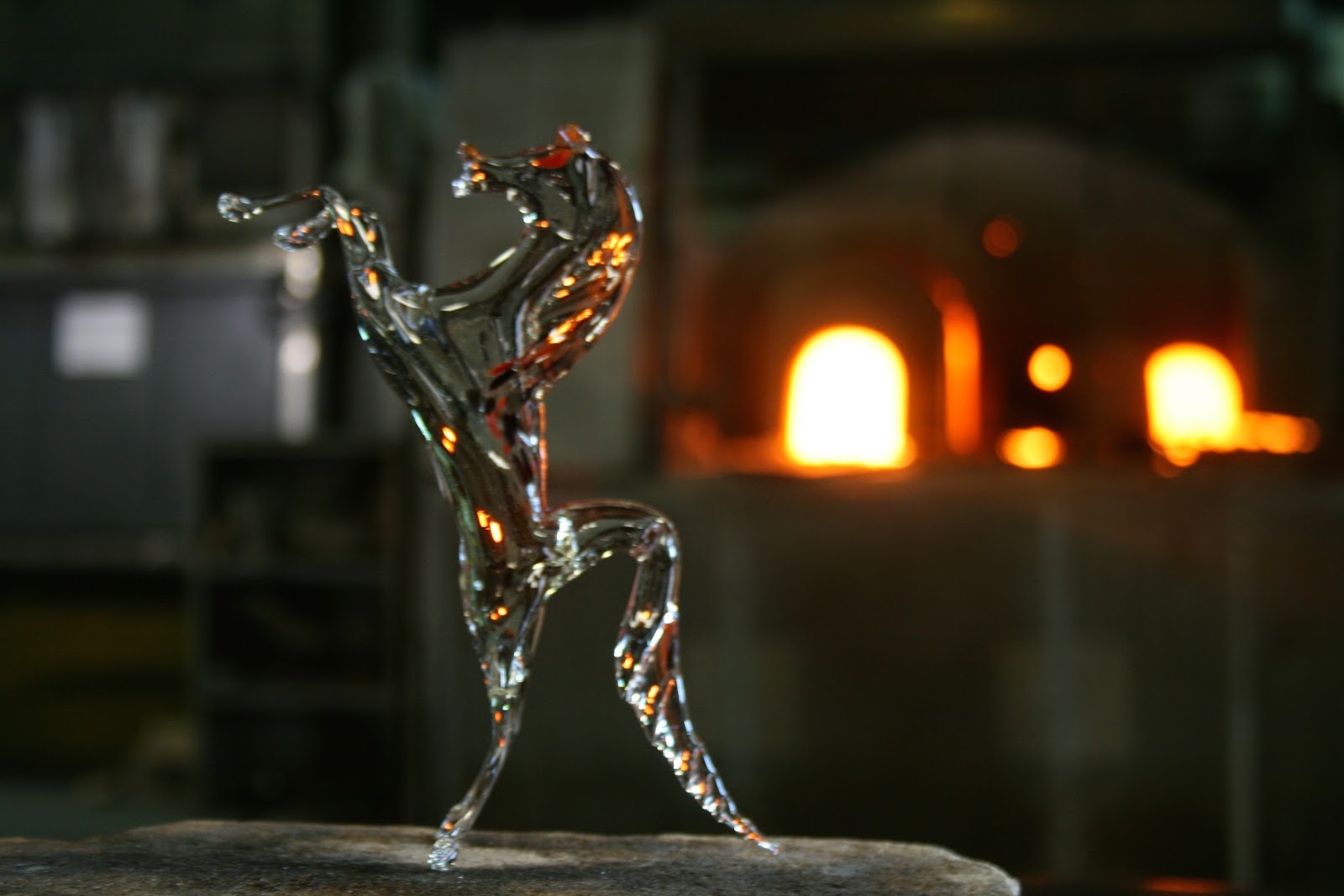 It was interesting taking the trip round  the Venetian Lagoon and sobering to see this abandoned island with its old monastic buildings crumbling into the sea. This is what Venice could end up looking like if the preservation campaign fails to save the city from sinking into the Lagoon under its own weight. 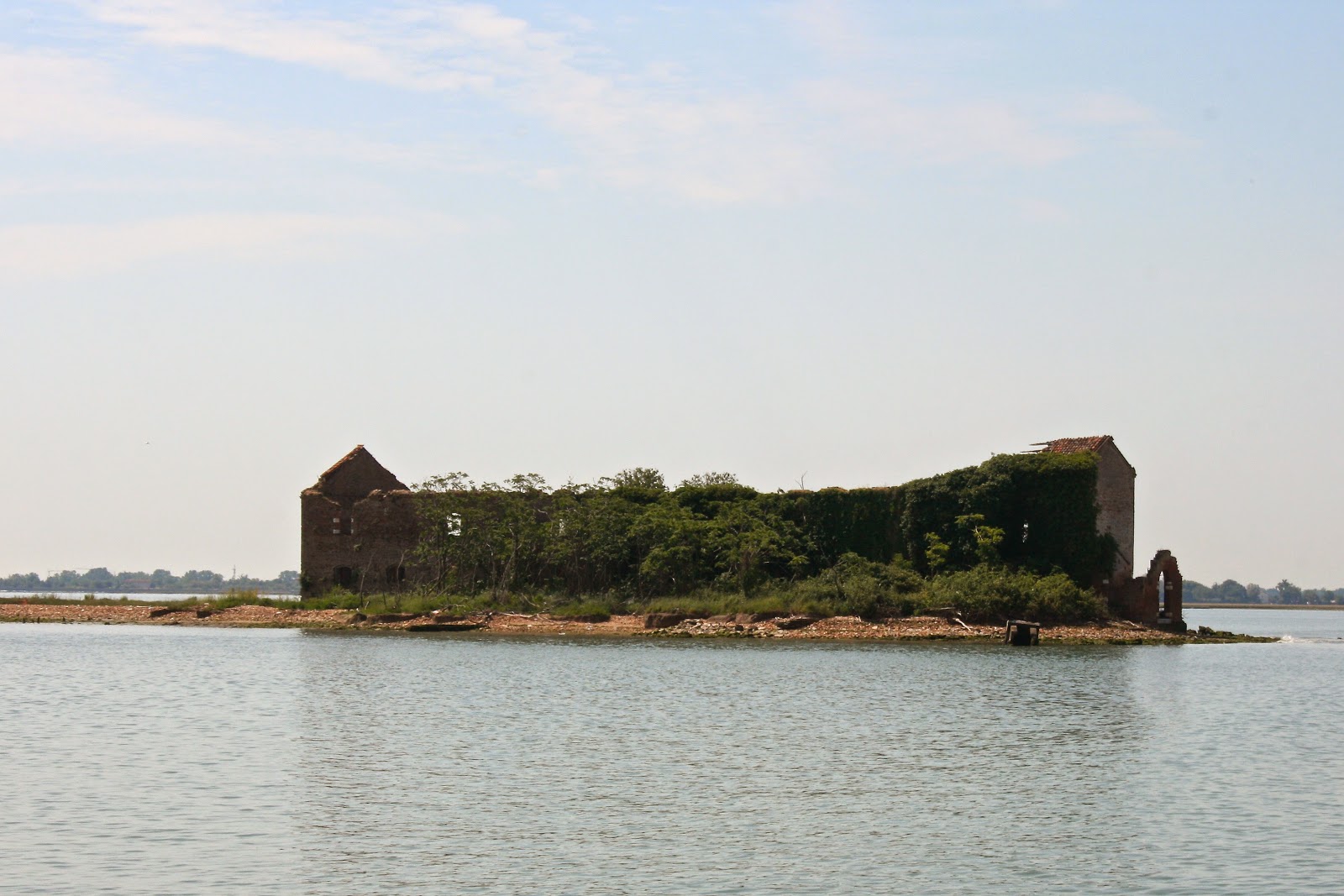 We were heading towards another island that has known grander days – the lovely and largely abandoned island of Torcello which once had the largest population in the whole of Venice buit now has only about twenty inhabitants. 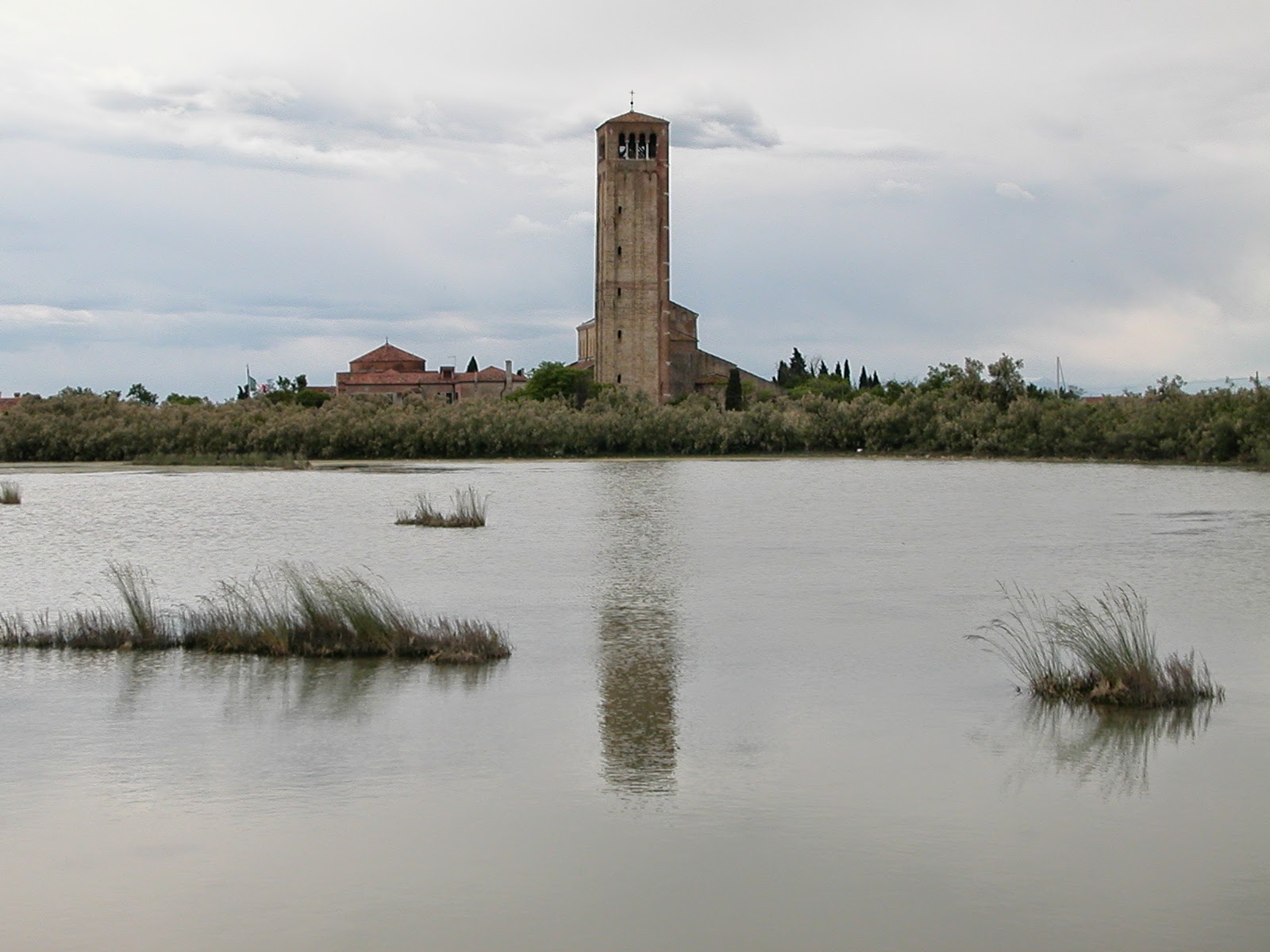 It is amazing that this little island has its own cathedral and fine Byzantine mosaics, the oldest,  in this region, probably dating from the early 11th Century, and preserved in near-prefect condition. 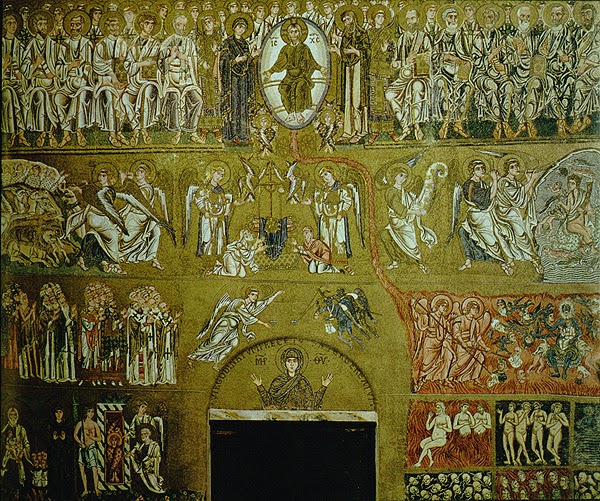 Mostly though the island has become a green oasis in the middle of the swampiest part of the Lagoon – the silting up contributing to the virtual abandoning of what was once, potentially, the site of the real Venice. 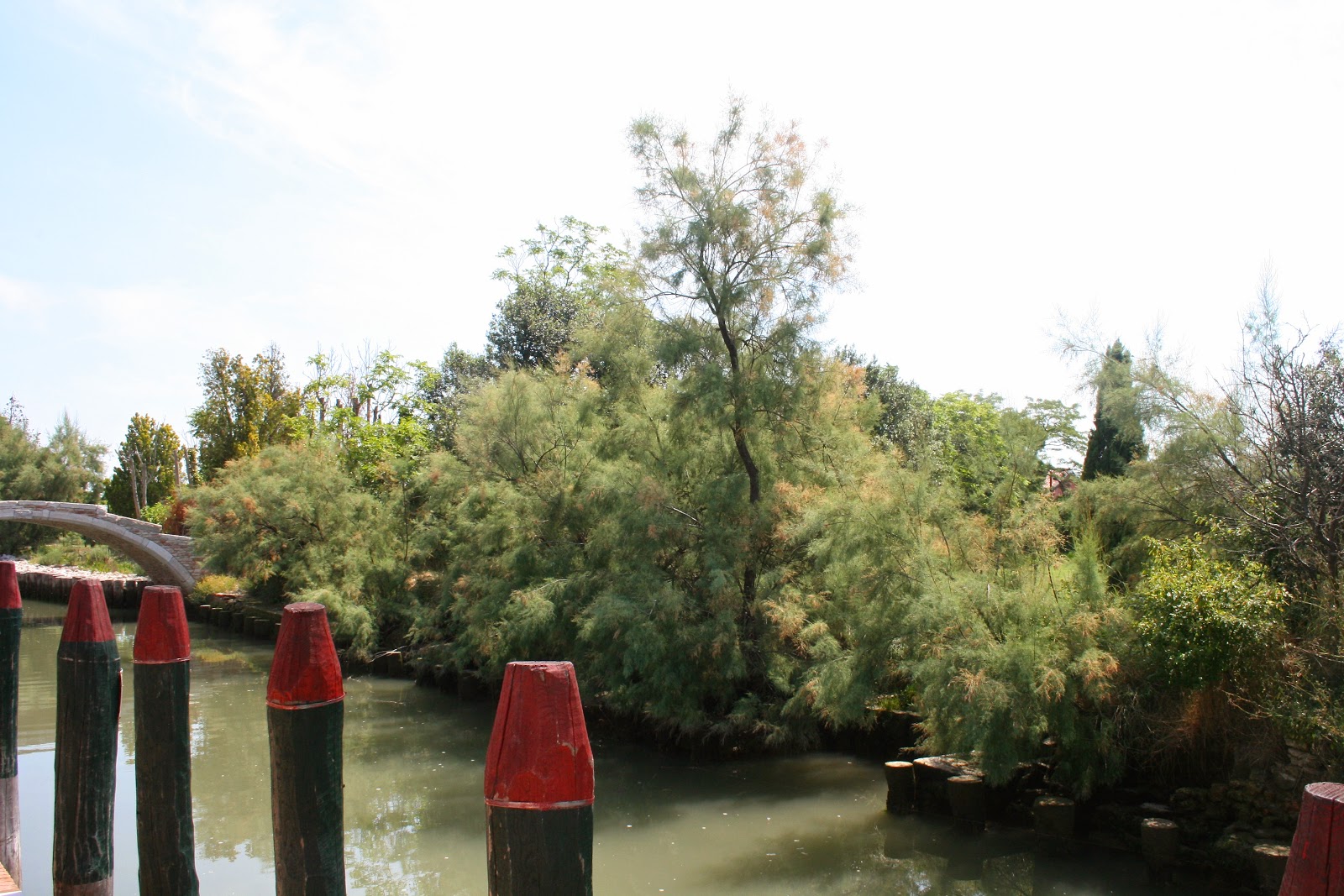 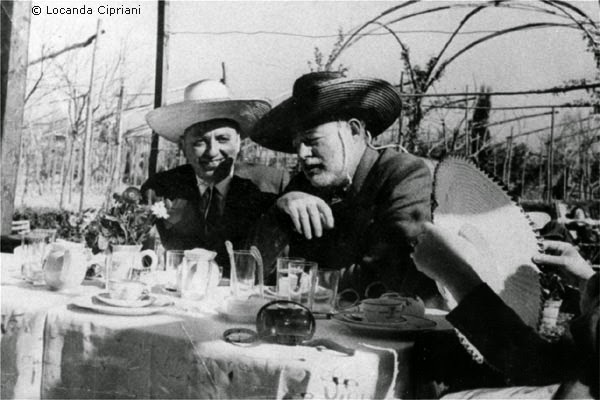 He came here for, amongst other things, the duck shooting and maybe a decent cup of coffee and a chat with the locals. Well, actually the other guy is Giuseppe Cipriani, founder of the Hotel Cipriani, the famous Harry’s Bar and, here on Torcello,  old inn that he converted into the rather exclusive Locanda Cipriani. 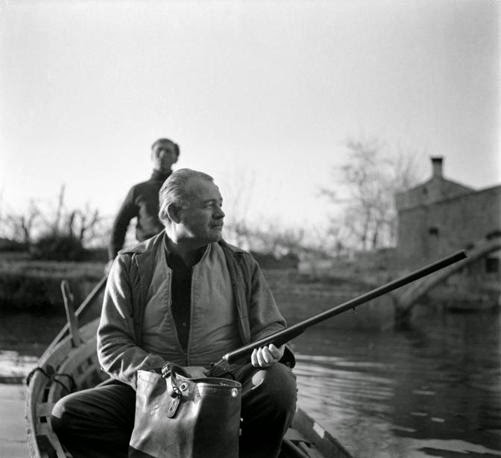 I don’t know how many ducks he bagged but he was, let’s admit it, a bit of a poser who he wasn’t too shy to perpetuate his reputation as a man of action, Vladimir Putin style. 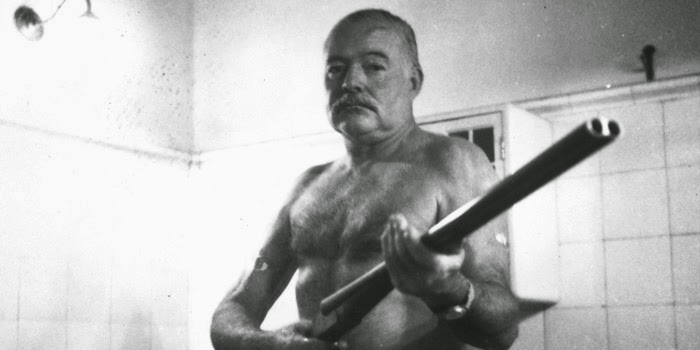 Apparently you can still book his room at the local hotel, the tiled background to the photo implies that he liked being photographed in his bathroom.  I’m not sure if you’re still encouraged to shoot the ducks. The painter, Marc Chagall (1887 – 1985), liked it here too while staying n the inn, he made a sketch for Signor Cipriani in lipstick. 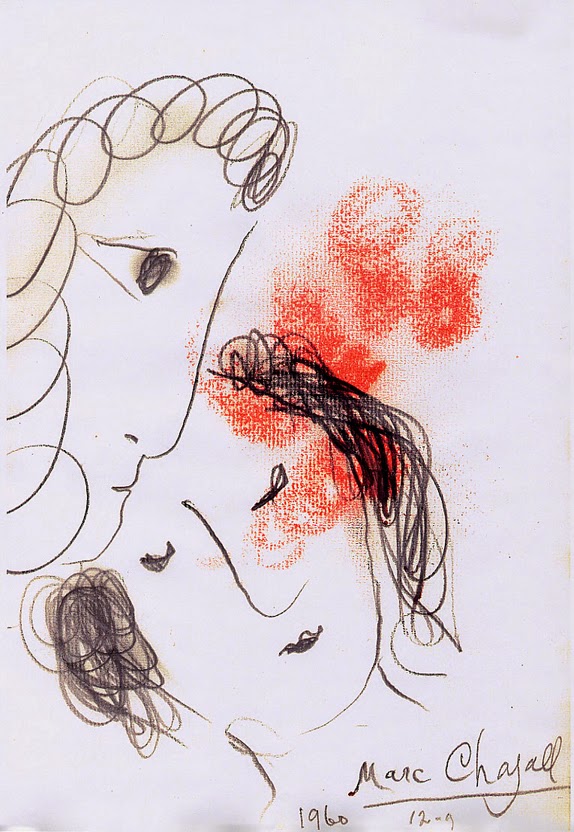 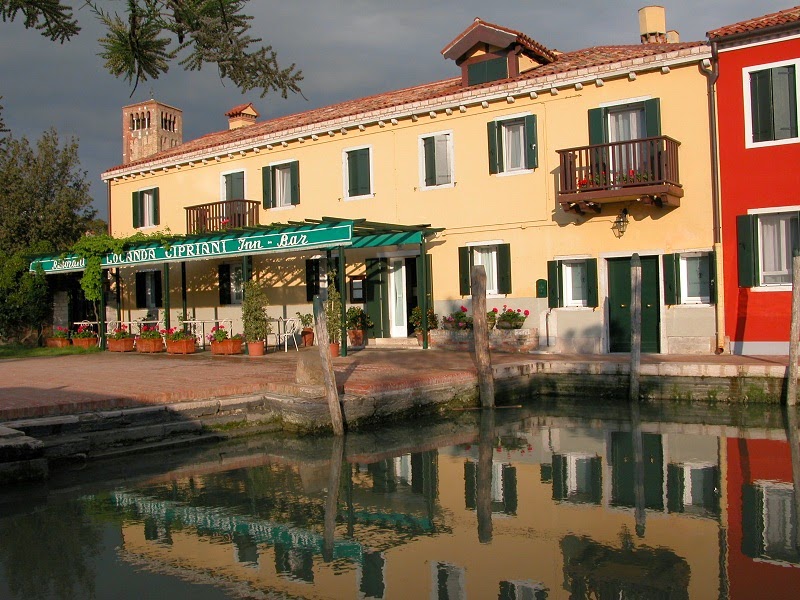 I preferred the more rustic tumble-down look of some of the other houses on the island. 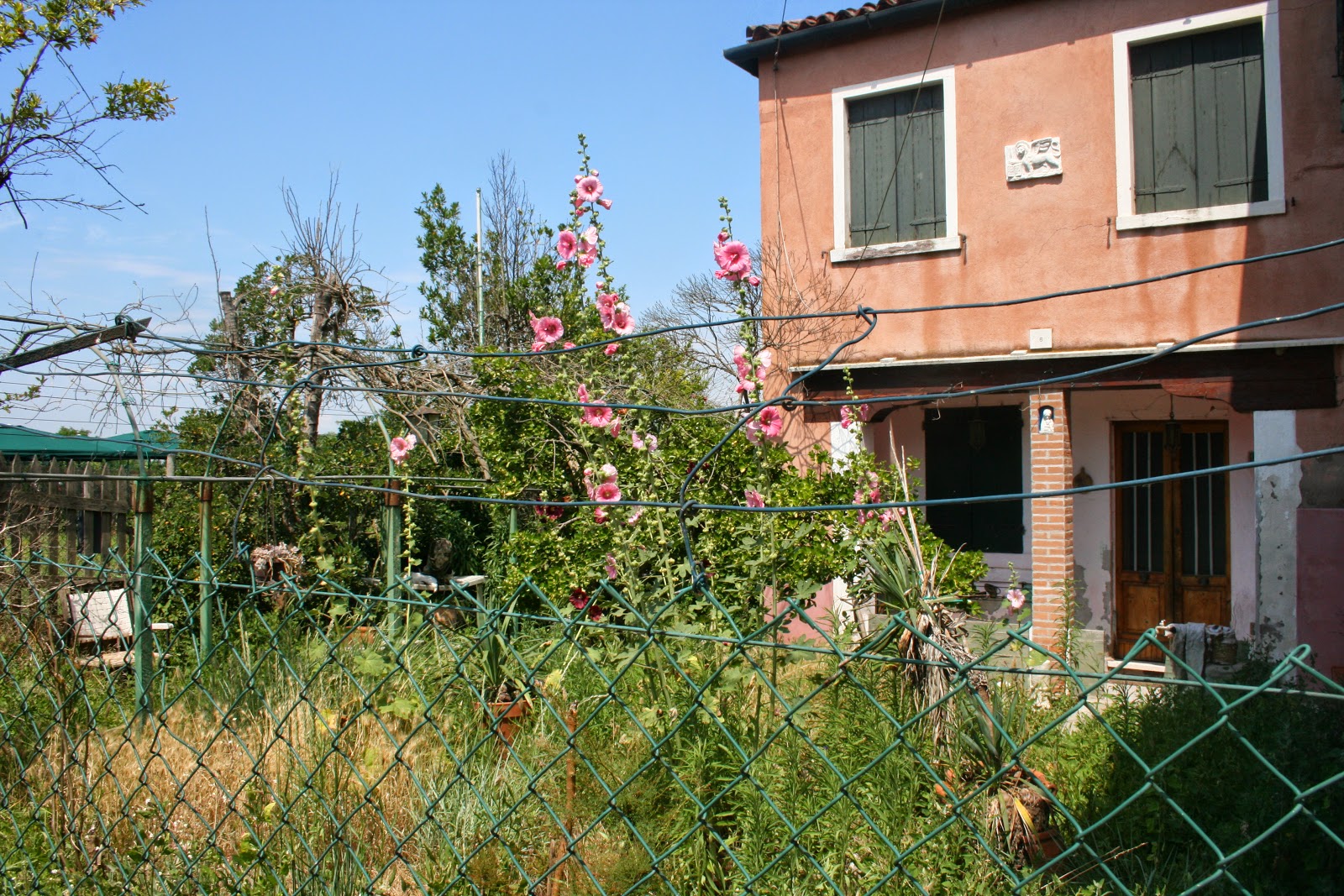 It was wonderful just standing around here on Torcello listening to rural silence with not a cut shot to be heard. 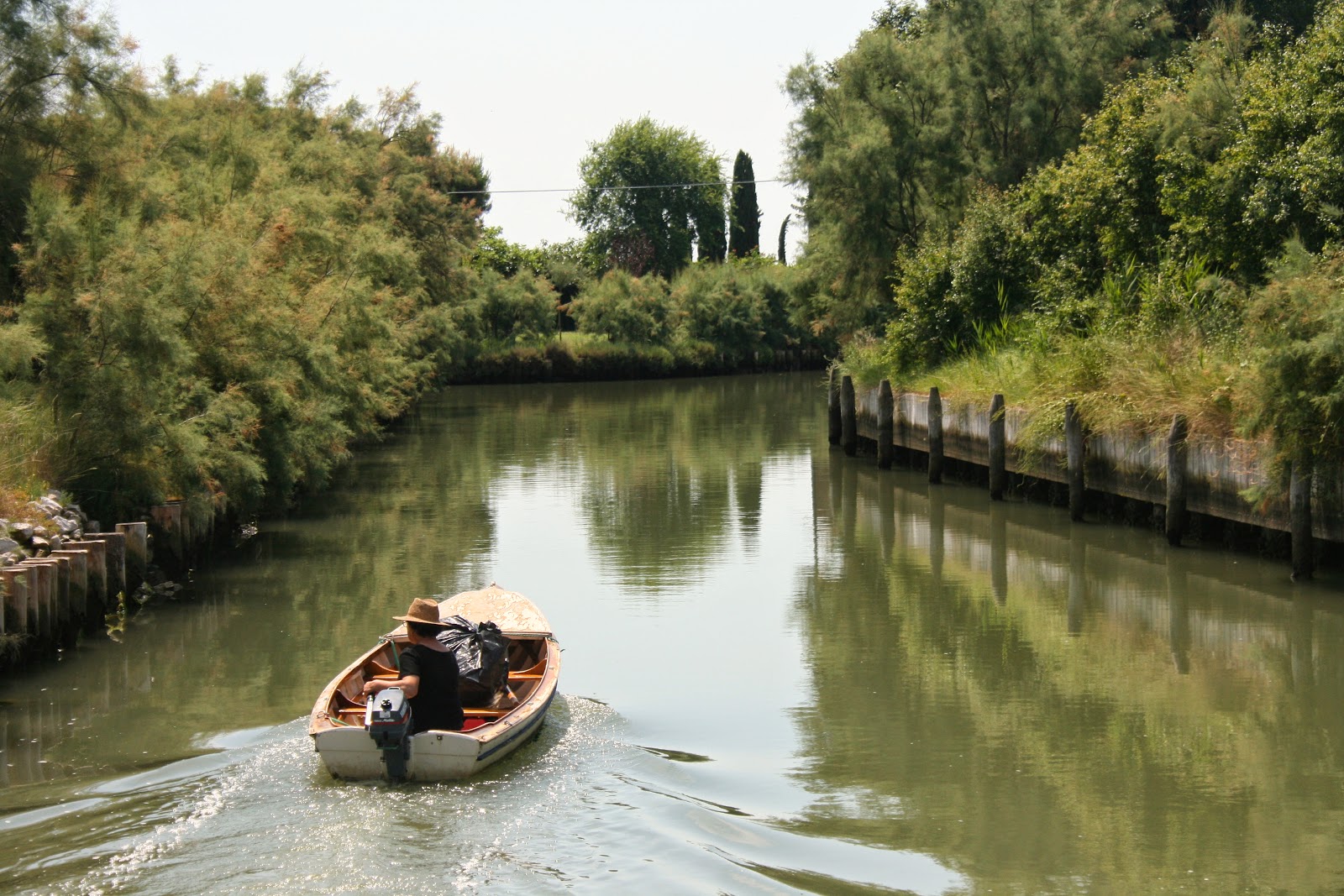