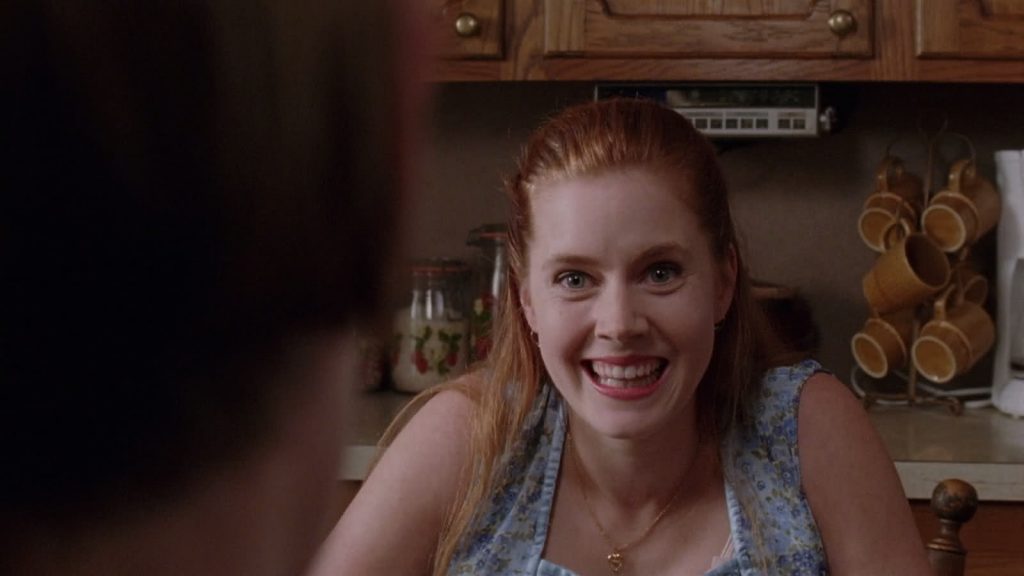 “This family drama is not without charm but it does resort to over-familiar American indi-film metaphors.” The Independent.

“Though bittersweet and sedately paced, this gentle but perceptive family tale is an utterly engaging experience that will keep you captivated throughout.” Radio Times.

OK so it is familiar territory, the awkward relationship between Uptown Uptempo Woman and downbeat rural in-laws but Phil Morrison, in his first film, makes it altogether enthralling in this carefully gauged movie where the North Carolina home with its neatly made beds and ceramic wall ornaments is as important as any of the main characters. Morrison lingers in empty rooms which are about to be filled with family turmoil or solitary tears giving us the geography of this claustrophobic household with an acute understanding of the importance of space, or the lack of it, when a family comes together. It is not just involuntary bedroom groans that embarrassingly penetrate the paper-thin walls but it is also half-over-heard conversations, arguments and unintended home truths. In a fine ensemble cast, Amy Adams, in an Oscar-nominated performance, shines through as the naïve but loving country girl, Ashley, who gives her heart to coolly sophisticated sister-in-law Madeleine (played with a powerful mix of comedy and emotion by Embeth Davidtz). Ben McKenzie, star of the television hit, The O.C.’s, turns in an impressively under-played performance too as Ashley’s repressed husband. We cringe, recoil and laugh as the characters collide then back off, making unsuccessful attempts at conciliation. Morrison does not take sides in this family battle, neither does he tell us what everyone is thinking all of the time so we have to make up our own minds in an adult manner not always countenanced in Hollywood. None of the individuals in the three marriages really understand each other but, ultimately, in this sophisticated study of what keeps folks together, each couple loves each other and with that, they can take on everything that life hurls at them.