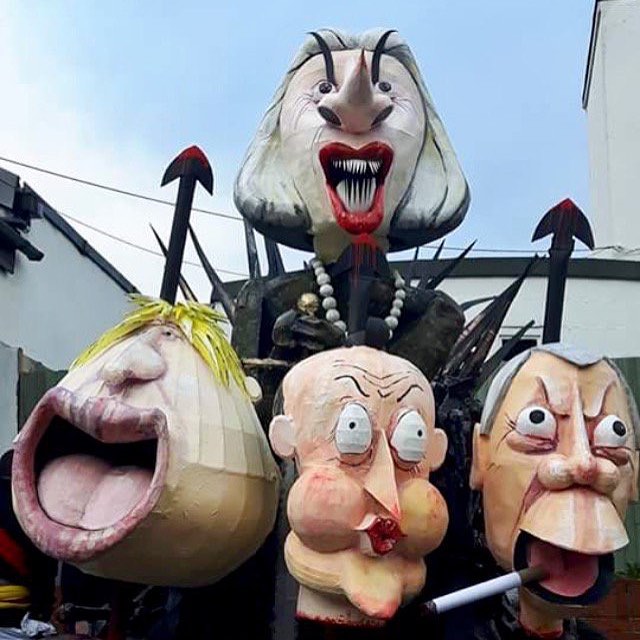 First we are told that Parliament doesn’t need to decide Britain’s future over leaving the European Union and now we are informed that our High Court judges are the ‘enemies of the people’ for issuing their judgement on the legality of the prime minister apparently attempting to bypass parliament in her BREXIT negotiations. So much for returning sovereignty to Britain. So much for our much envied parliamentary democracy and the independence of our judiciary. Britain in 2016 sounds angry, vindictive, intolerant and, yes, possibly even dangerous – hardly an attractive potential trading partner for our post-EU allies. 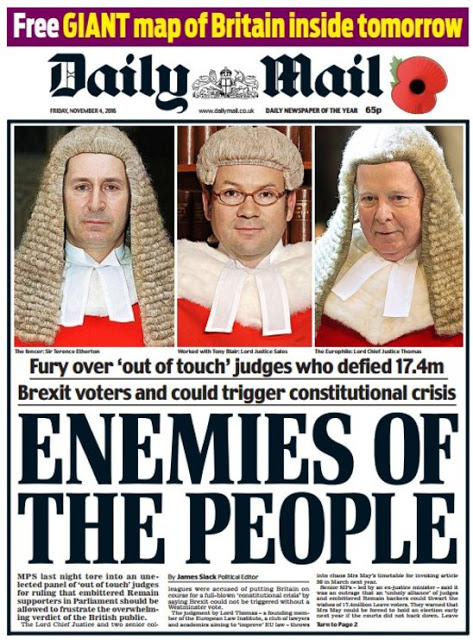 It might just be the Daily Mail, or the most fanatical of the BREXITERS but it might be more worrying than that. When the prime minister said nothing in response to the outrage caused by the Daily Mail’s incendiary headline, and when the Lord Chancellor, the responsible government minister, Liz Truss, had to be forced, days later, to defend the independence of the judiciary, I wondered if this government actually knows how the very fabric of Britain is being threatened by the deep divisions in the country still only too visible since last June’s EU referendum. I wonder too what people really want when they say they want BREXIT. 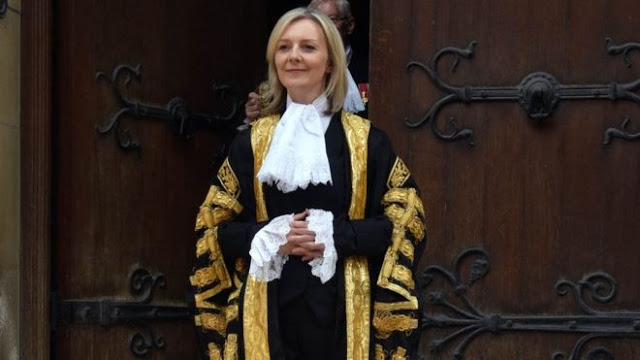 I’ve tried to be patient, tolerant and understanding since the BREXIT Referendum vote here in the UK. Our prime minister, Theresa May, repeats the phrase ‘Brexit means Brexit ‘ and our politicians mostly mouth how we must all respect the democratic decision of the country that Britain should leave the European Union. It all sounds so very sensible, mature and, yes, democratic. I was deeply disappointed by the result, along with the other, by now, famous 48% of the electorate who voted for the UK to stay within the EU.  We lost, no question, to the 52% who voted to leave. 48% to 52% meant in that Referendum that there was a small majority who said No in the all too simple Yes/No question that was issued to the electorate last June. I don’t think we should be governed by referendums – we are a parliamentary democracy, but I accept that I lost that argument too.  As we now all know, the campaign, on both sides was inadequate, inaccurate and deeply unpleasant. I don’t know the figures now about how the country would’ve voted if we held the EU Referendum today. We are told there is an increase in the number of ‘Regretexers’ but I simply don’t know if there is a majority now in the UK against remaining within the EU. I do know though that many people are worried about the consequences of BREXIT now that they are aware of the many complexities and dangers never discussed during the campaign. 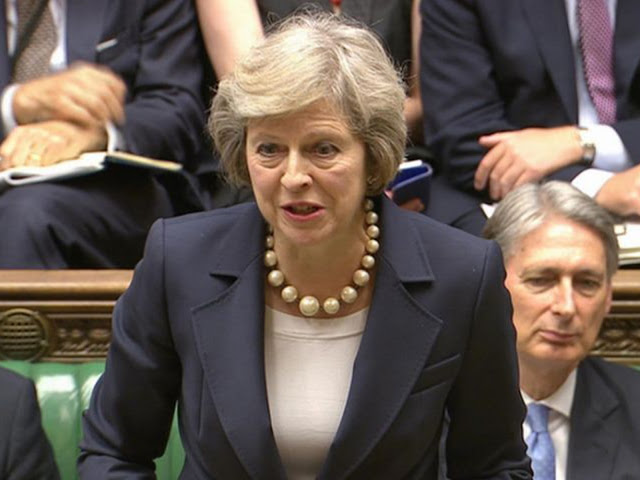 Prime minster Theresa May in Parliament.

Brexit means Brexit, the democratic voice of the people have called for it and we must go with that. I know that’s what I should believe but I will never celebrate the decision which was largely arrived at by people voting for something that, due to the confusions, lies and muddle-headedness of the campaigning politicians,  they often didn’t understand, didn’t mean or hadn’t thought through because they didn’t have all the facts. I have, as I said, tried to be understanding towards my fellow Brits about why they voted Leave. I was angry with them at first, ready to hurl the kind of intemperate remarks that had been fired around by both sides in that divisive and bad-tempered debate. No, the Leavers aren’t all racists, bigots or idiots. Some of them have sound if unconvincing political theories and, maybe, an over-optimistic belief in Britain’s ability to carve out new international trade deals. Many others have even sounder reasons for feeling unhappy about their part in British society. Many of them have been the losers over these last years of financial cuts and austerity measures. The Conservative government, in particular, with its policy of austerity cuts, has been responsible for many of the problems caused by under-investment in housing, education and social services that have resulted to real hardship and resentment about issues that had nothing to do with the rights or wrongs of the European Union or to the often beneficial arrival of Eastern European workers, let alone, war-ravaged refugees, on these shores. Too many people have been allowed to fester  resentments at the unfairnesses that they have seen around them and to take them out on undeserving victims because their voices were  too often left heard by our politicians.  They are angry and, many of them, desperate. 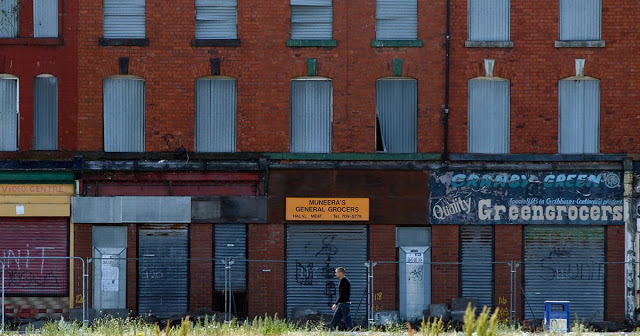 I am not blaming these people, or their supporters, for looking for change. If the Referendum had asked are you happy with the way everyone is treated is the United Kingdom, yes or no? The answer should have been a resounding No. If the Referendum question had been do you think immigration is the main reason for the problems in the UK, I fear that the result would have been very near to the result announced last June. Near to it but not, I believe, a majority. Social problems in  the UK, have led to people looking for simple causes and simple answers. It has made people look for scapegoats. 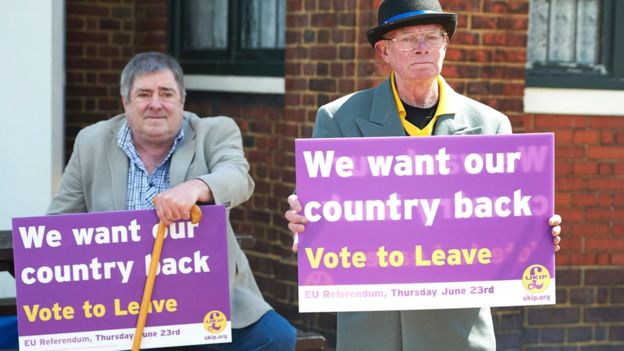 It wasn’t just about immigration, people say, it was also about wanting to ‘reclaim Britain’s sovereignty’ and to give democracy back to parliament. A lot of people did think this, I know, but what did it mean? When we now hear these angry voices saying that a parliamentary vote over BREXIT is only a delaying tactic by us, the Re-moaners,  those who don’t want BREXIT at all. That majority, of Leavers, or certainly the most vocal of them, not only shout down Parliament’s right to debate the most important change in British history since the Second World War, but they have now turned on the judiciary for defending the nation’s constitutional laws. It is beginning to become clear that some BREXITERS will stop at nothing, and would destroy anything,  to ensure that they get what they believe to be their ‘democratic’ right. 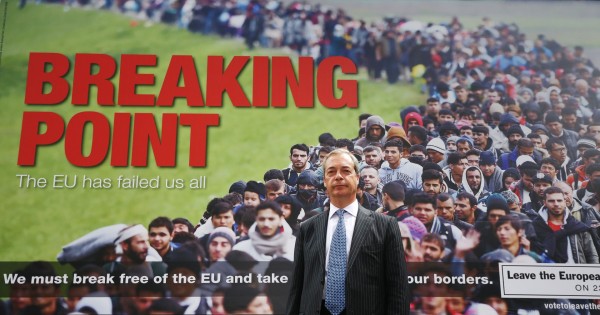 Could it be, and this is a hesitant and pessimistic question, could it be that the Leave vote really was all about immigration after-all?  That’s why they want BREXIT, no matter what  economic, commercial, constitutional, political, social or ethical damage is caused in the pursuit of this single, and I would argue, unfounded obsession. What does BREXIT really mean, Mrs May?