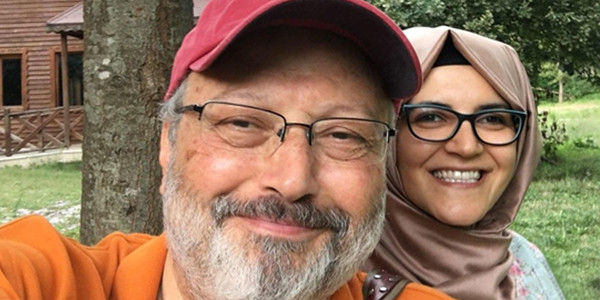 People have said to me recently, here in the UK, that Donald Trump isn’t that bad – or is he? We all suffer from that phenomenon known as news fatigue. Nothing is as shocking as when we first hear of it and, soon, we think of it as just another story. You know, all those people dying in Yemen,  for example, in a war of genocide master-minded by Saudi Arabia and supported by the United States. Bad things happen. What can we do about it. Maybe it’s not as bad as they say, we think. We know about ‘fake news’ and we’re told that the media is the enemy of the people. So, who can we believe? Let’s not get too depressed about world affairs, politics, or anyone’s personal tragedies if they are not people we meet every day. It might not be as bad as we think.

You know the kind of thing. A mild-mannered Saudi journalist goes into the Saudi consulate in Istanbul, Turkey, to get the papers he needs to get married. He was not the wild-eyed radical some would have us believe; he was a moderate royalist journalist who worked for the Washington Post. If, as we now must believe, the next events really happened, then he was dead very soon after he walked into that building. He had upset people in high places, it seems. A team of 15 Saudi special agents flew into Turkey the same day, including an expert in dismemberment and the disposal of body parts, who allegedly advises  listening to music through headphones when things get really shocking. The journalist, Jamal Khashoggi, had walked straight into a trap. The gory details of his probable death have now been widely reported so I won’t go into them again, but, believe me, if they are true, I for one won’t put the thought to one side and blame it on news fatigue, let alone fake news. 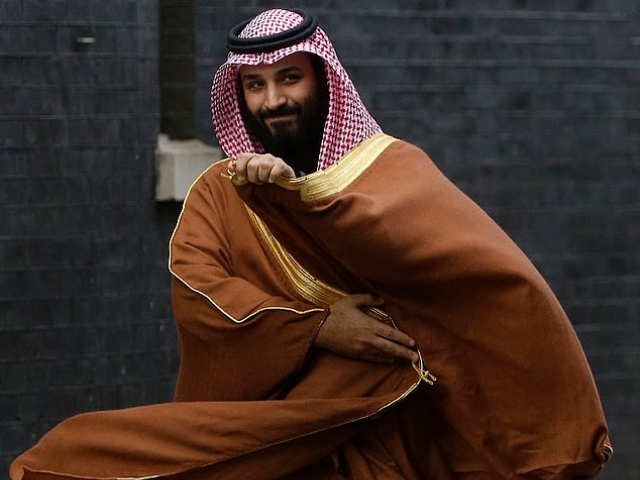 I’m not a fan of the Saudi royal family. Especially not of the sinister and, apparently cruel, young crown prince, Mohammed bin Salman who, it seems, knew a number of those 15 agents who arrived in Turkey on that fateful day. Ok, I know that the royal family of the house of Saud is very rich, that its royal princes spend loads of cash in places like London and New York, and that they are valuable customers for weapons designed and built in, say, the US and the UK, and, that are also used in Yemen. I know too that some of the members of the family are close to the British royal family, well, Prince Charles,  and to that even grander dynasty, the family Trump, well, Donald Trump’s son-in-law, Jared Kushner. BUT. If this sordid story of murder, political intrigue and, yes, loads of money, is true, then surely it is time for us in the West to finally say enough is enough from the  royal house of Saud. (Not just say it’s very sad but he wasn’t an American citizen). You would think that the president of the United States would have  been the first to condemn the horror of this event. He will probably have to do something eventually, of course, but his first reaction, as  with many other shocking events, was to at least appear to side with the perpetrators, whether they were far-right racists, accused women-molesters or the possibly (ha, bloody, ha) treacherous Russian president. And he’s doing it now with the Saudi royal family. It’s all the art of the deal, for Donald Trump. The Saudis and the Russians have been particularly valuable investors in his companies and now he sees the United States as an extension of the family business. Moral dilemma? What dilemma? Yes, there will be conversations inside the White House about this, and, eventually, he will have to come out with all the right words but, let’s remember his first reaction. 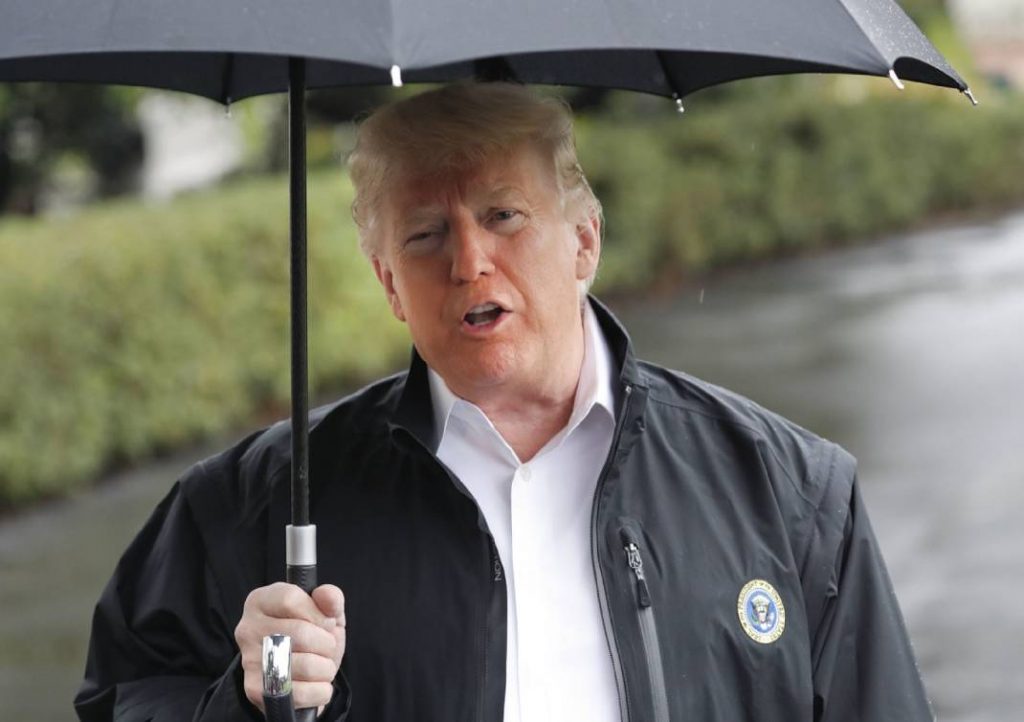 The United States of America used to be seen as moral guardian of the world but that was before President Trump was elected to make America great again. No wonder western democracy is under threat and why it is no longer seen as an attractive option in so many countries in the world. A recent poll showed that only 33% of the world population would prefer life in America to life in China or Russia.

Maybe it is time for us  to do something about our own democracies before it is too late. The something might be to be a lot more careful about who or what we vote for. And to those folk who say that Donald Trump isn’t that bad, I say, open your eyes and look at the consequences as they begin to pile up. If there is no perceived decency at the head of the world’s greatest democracy, then nasty people will think that they can get away with practically anything. 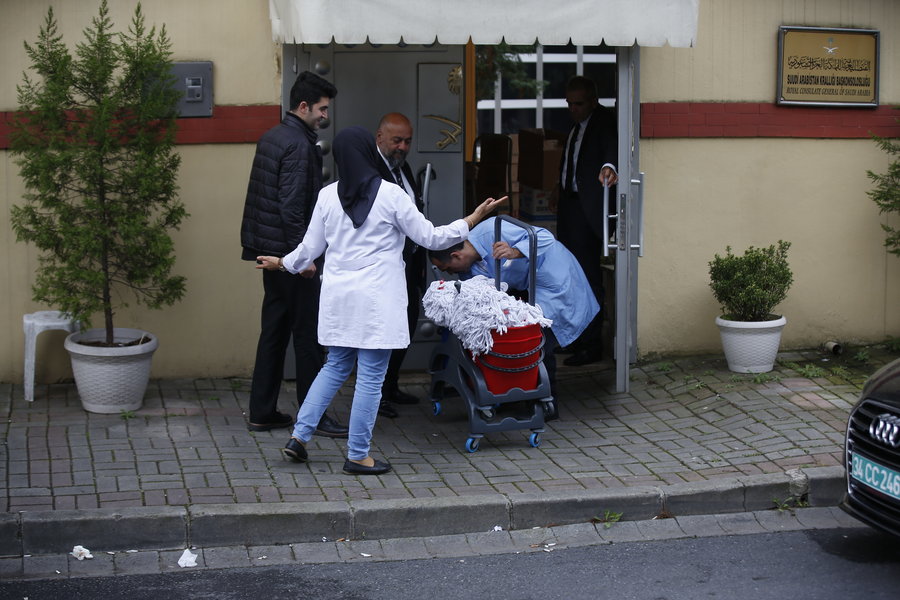 Cleaners arriving at the Saudi consulate in Istanbul where, allegedly Jamal Khashoggi was murdered and dismembered,  before Turkish investigators were allowed inside.