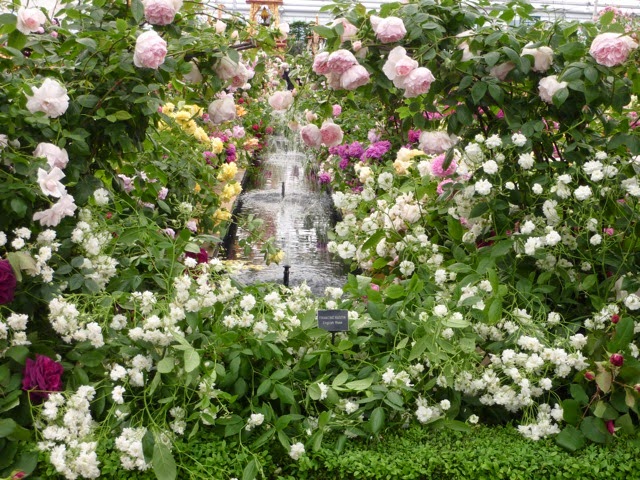 I haven’t been to the Chelsea flower show for a few years now but, from what i’ve seen in the media, the 2014  show has been one of the best for a long time. All last week I was thrilled by the flowering of my David Austin roses as my garden here in Lewes, UK, made the leap from Spring into Summer in what seemed like a single day. So I was glad to see David Austin Roses http://www.davidaustinroses.co.uk/ win yet another Gold Medal at Chelsea but it’s hardly surprizing when you see their spectacular Alhambra-style garden. Congratulations to them and to my David Austin roses – pictured today, the wonderfully fragrant cabbage-like rose Clair Austin and the equally richly perfumed Falstaff – maybe my favourite. 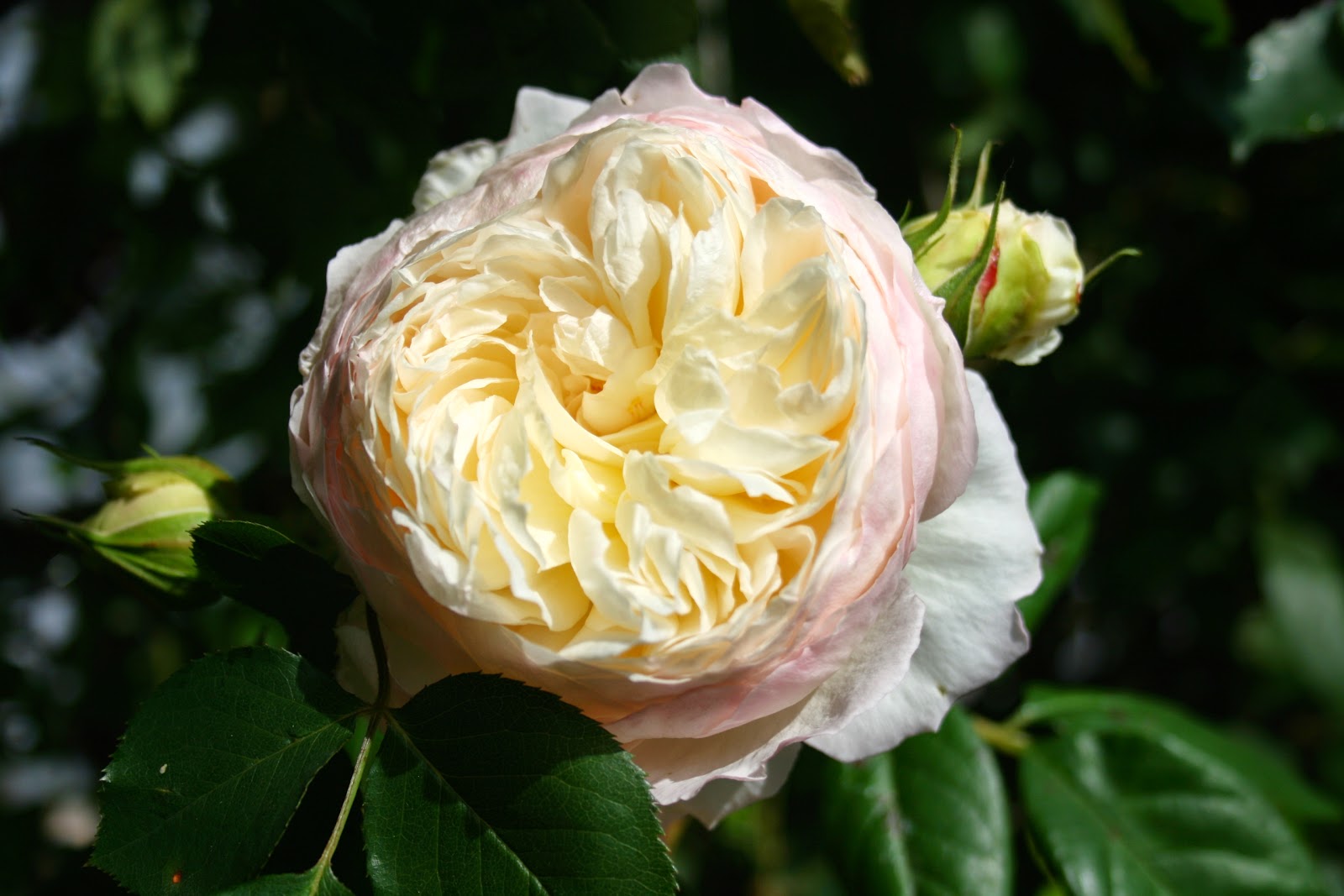 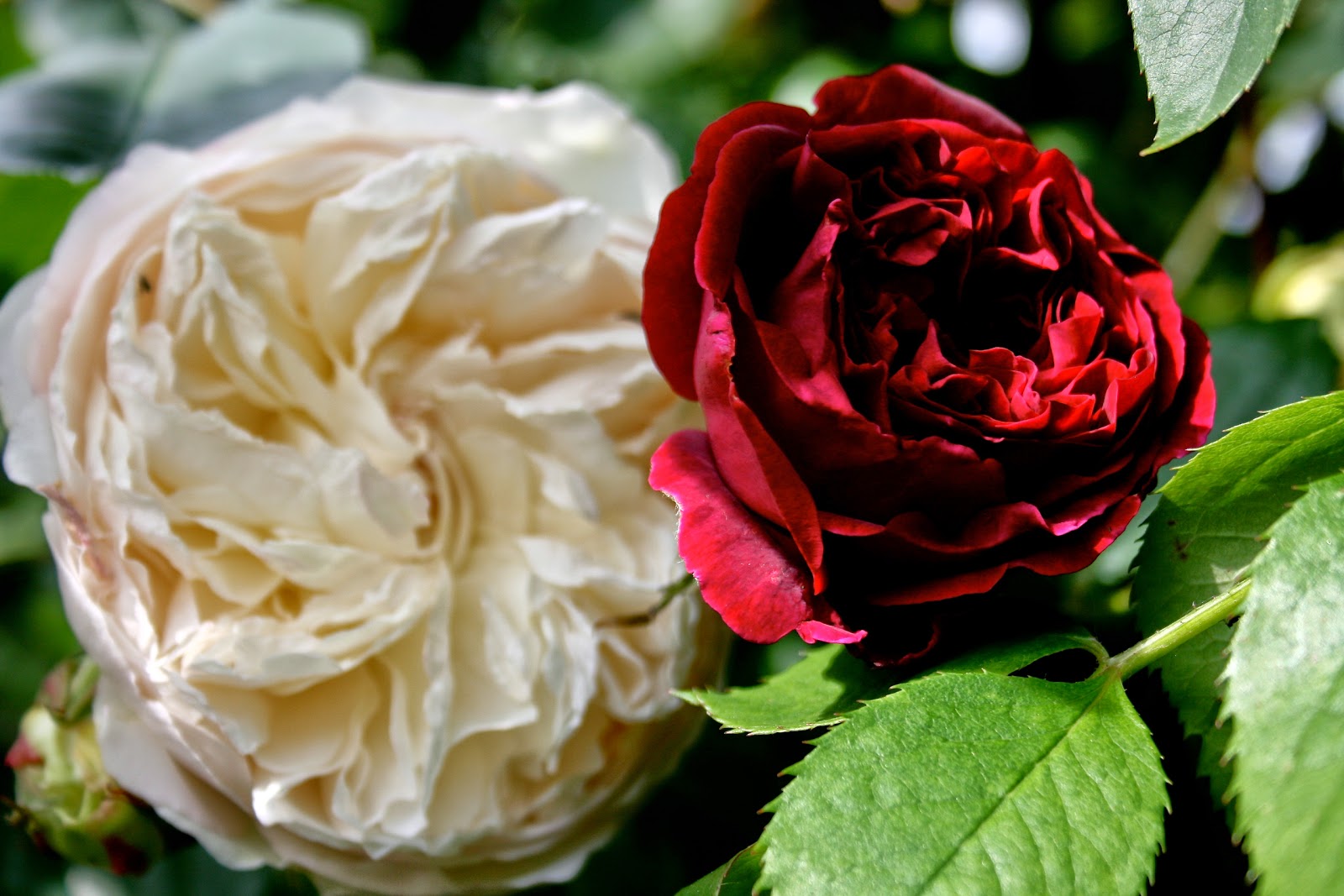 Clair Austin and Falstaff – red and white: the wars of the roses. 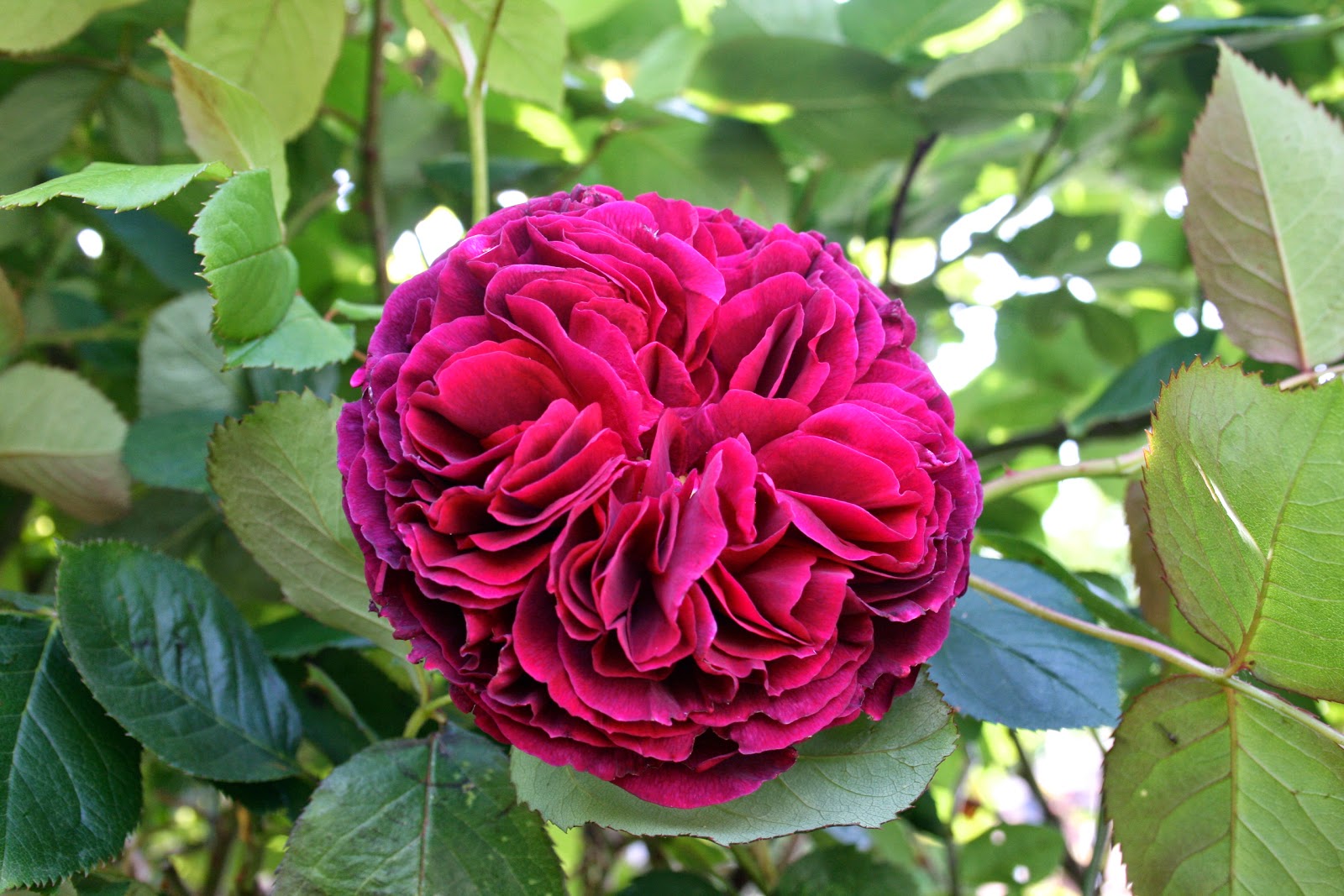 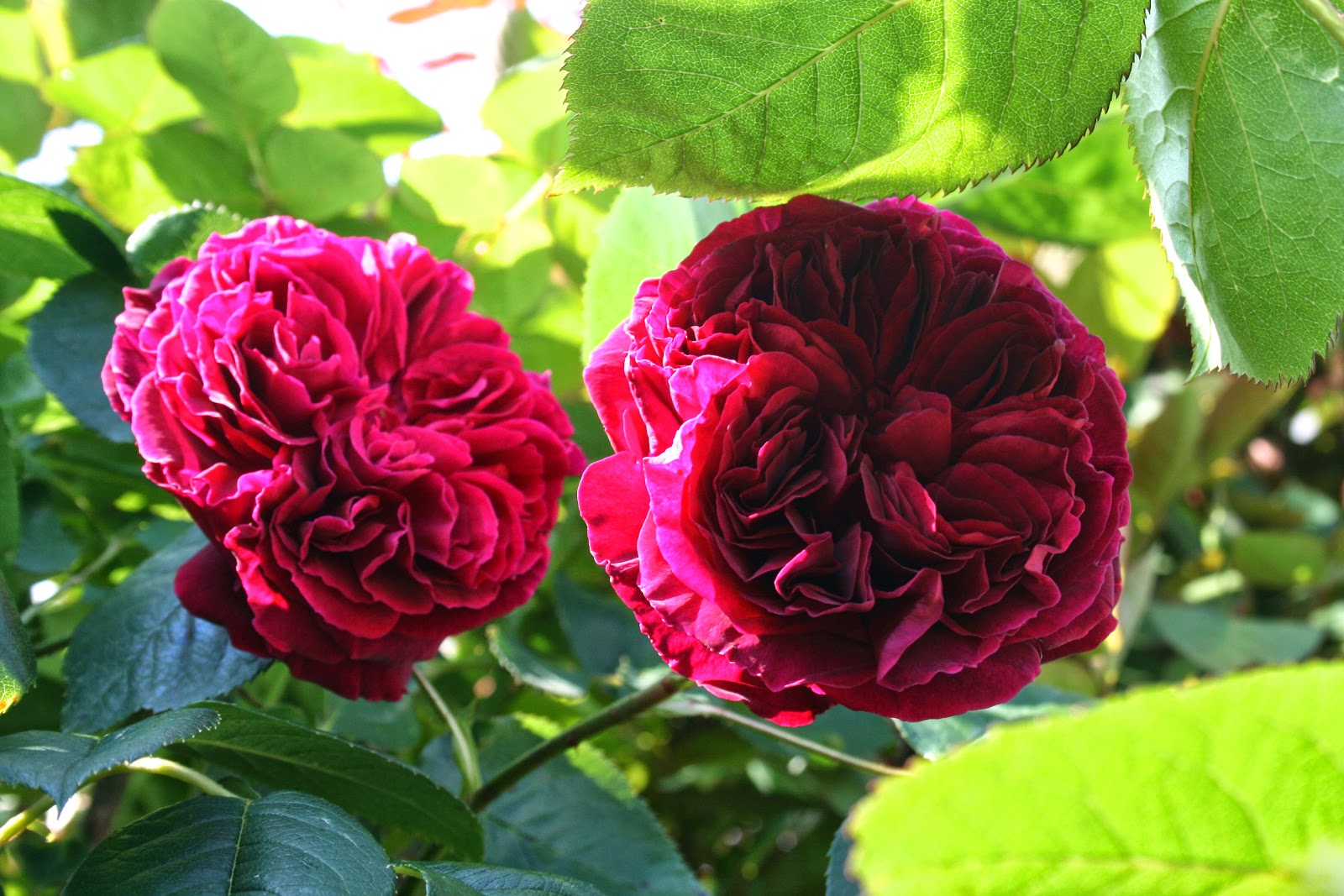 I’d award my roses a gold medal too but thanks are due to David Austin – I just wish I had the room to plant some more. 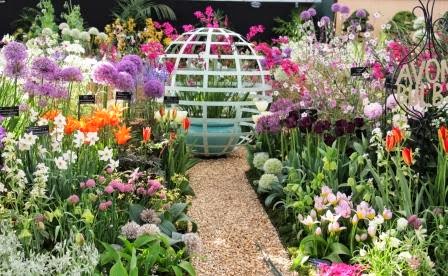 The Avon Bulbs Garden, Chelsea Flower Show 2014.
There was another Gold Medal for another of my favourite plantsmen this year at Chelsea. Avon Bulbs http://www.avonbulbs.co.uk/ won yet again and reminded me just why I always get my bulbs from them. My garden this year has been set alight by the tulips, Ballerina and Flaming Parrots, that I bought from them. 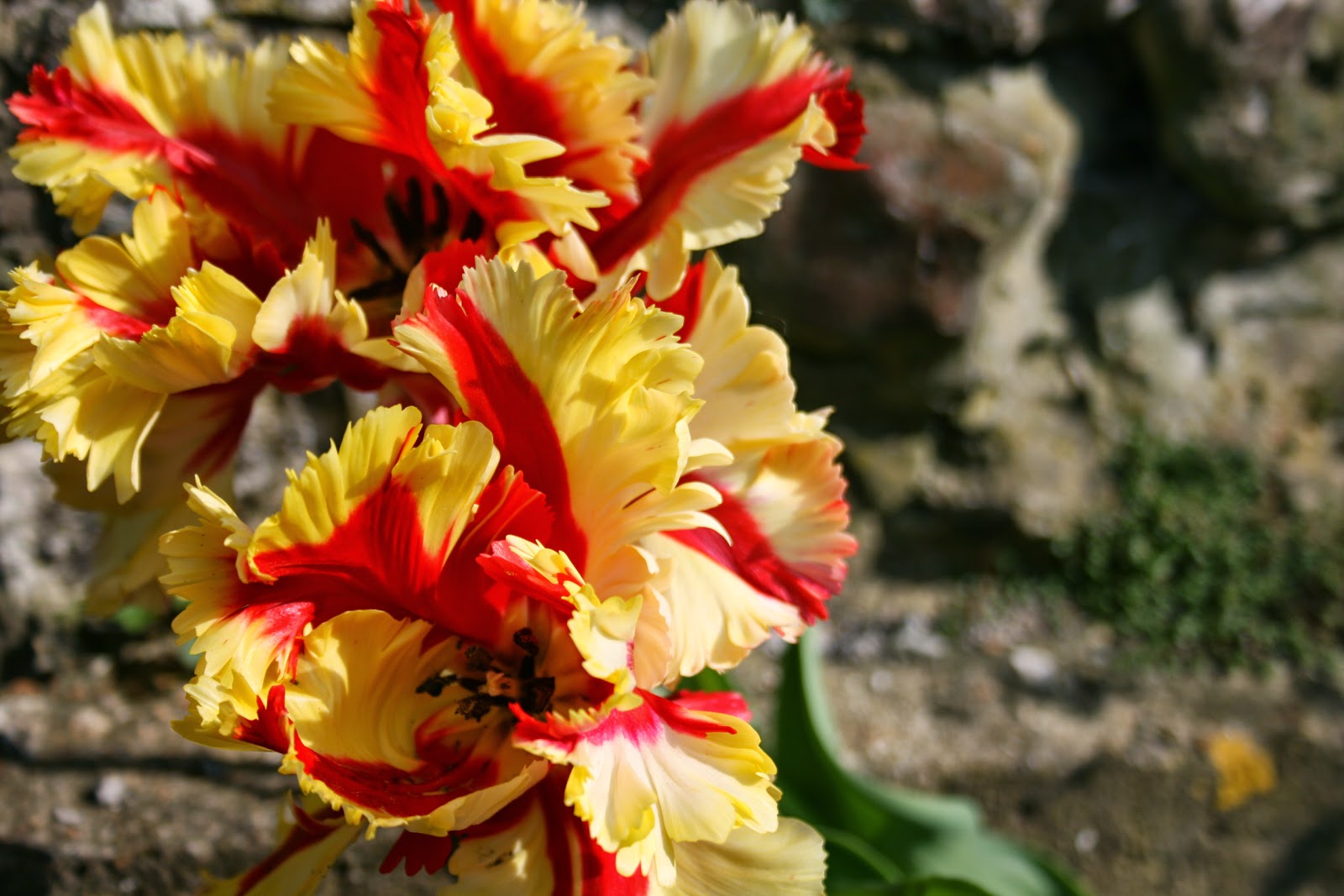 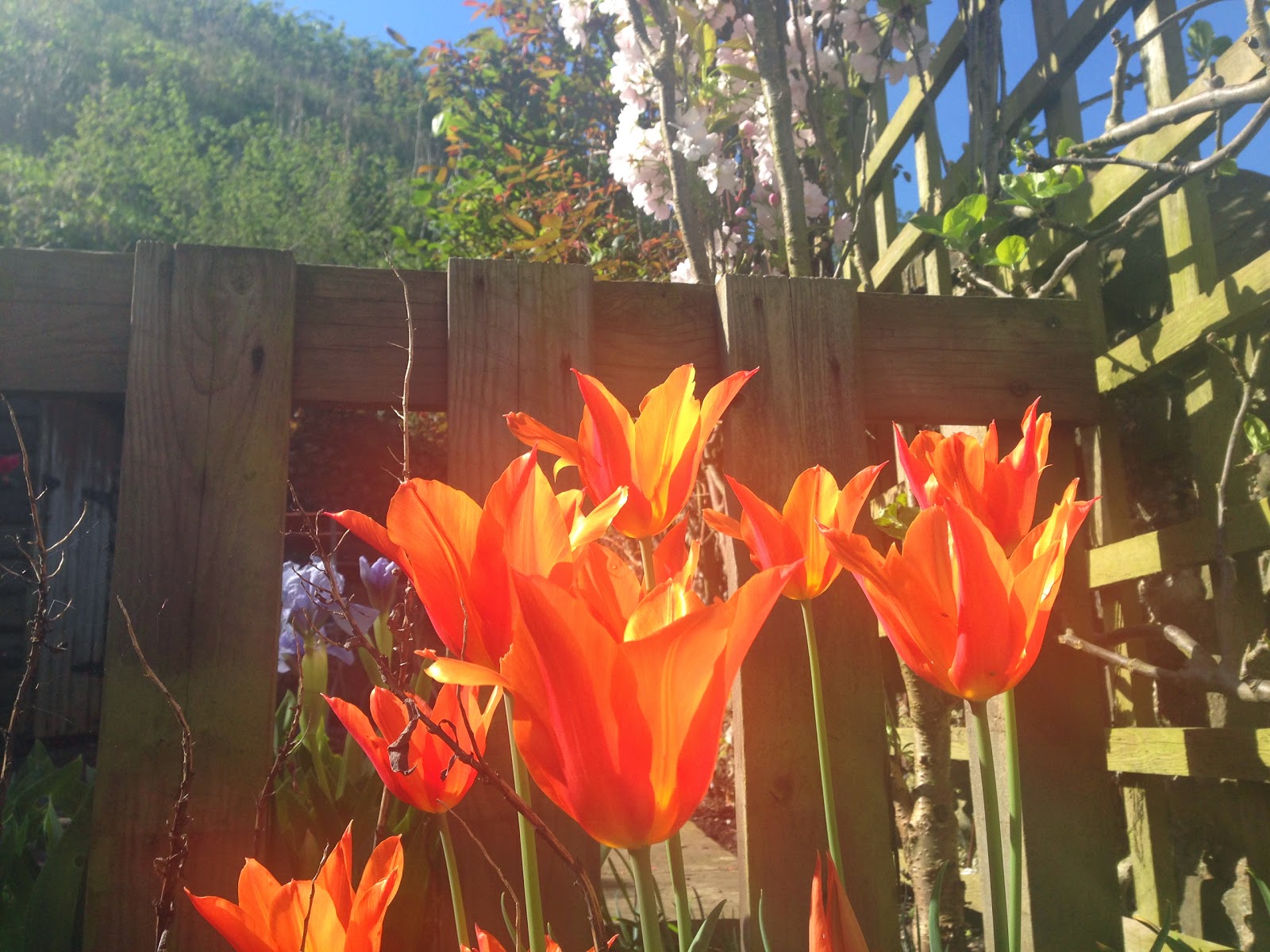 STEPHEN DEARSLEY’S SUMMER OF LOVE BY COLIN BELL
My novel, Stephen Dearsley’s Summer Of Love, was published  on 31 October 2013. It is the story of a young fogey living in Brighton in 1967 who has a lot to learn when the flowering hippie counter culture changes him and the world around him.