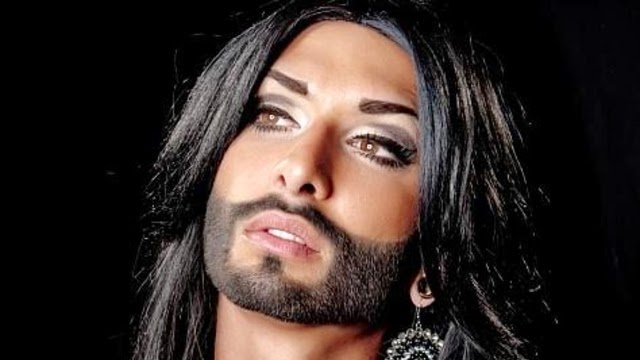 I’m unapologetically uninterested in our great European songfest, the Eurovision Song Contest and I have never joined in with all the razzamatazz that accompanies that over-valued concept of it’s-so-bad-it’s-fab campery but, everyone to their own taste.

This year though, like everyone else, I’ve heard (and seen) the winning song and, while it’s not my kinda song, I was delighted to see the phenomenal and very charming Conchita, or Tom, Wurst win such an overwhelming victory while making absolutely no concessions to the social conservatives and bigots that refuse to let people express themselves as themselves. Conchita Wurst is terrific and looked great. Let’s hope this break-through moment in Middle-Of-The-Road music will become a significant milestone in the great unravelling of human prejudices and insecurities. Besides, as a fellow bearded one, I’m glad to see beards win through.

I’m still not bothered about Eurovision though. Sorry about that but I am proud of being European after this demonstration of just how culturally progressive the great mix of Europe’s peoples can be. Let us Europeans, bearded or smooth-chinned, remember this when all those frightened Little Englanders try to persuade us to reject our future at the European Elections. 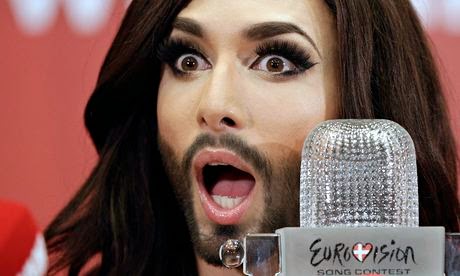 If you haven’t heard it yet or still can’t believe it, here’s Conchita Wurst winning it for Europe. Let’s not underestimate just how brave this performance was even if the song is a string of cliches.