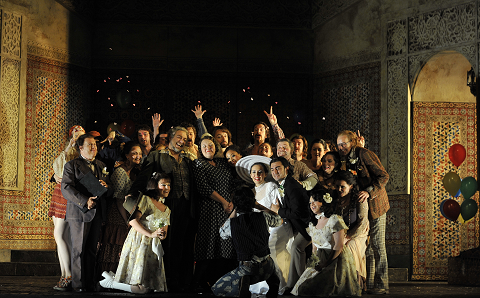 It was a lovely day for a wedding. Yesterday Glyndebourne Opera house looked at its most seductive on a hot golden day sitting among those corn fields and rolling downland sheep pastures. It was a lovely day for a picnic too sitting out there under a peach tree among England’s chattering opera-goers and champagne tipplers. The wedding, of course, was Mozart’s supreme masterpiece, and, possibly, opera’s supreme masterpiece too, Le Nozze di Figaro (The Marriage of Figaro, 1786).  If Mozart wrote an opera that is surely the nearest we will ever get to operatic perfection, then, maybe this, a revival of the 2012 Michael Grandage production, was not the best way to appreciate the beauties,  ambiguities and subtleties of Mozart’s tale of a particularly chaotic wedding day.  We’ve all been to weddings where there were lovely, emotional moments when love is celebrated as really being the sweetest thing and we’ve all seen relatives behaving badly, guests in silly costumes and a fair amount of world-weary cynicism.  All of these traditional wedding characteristics were on display yesterday evening, sometimes on the stage, but also out there in the beautiful Glyndebourne gardens during that long dinner interval which was particularly sun-kissed last night. 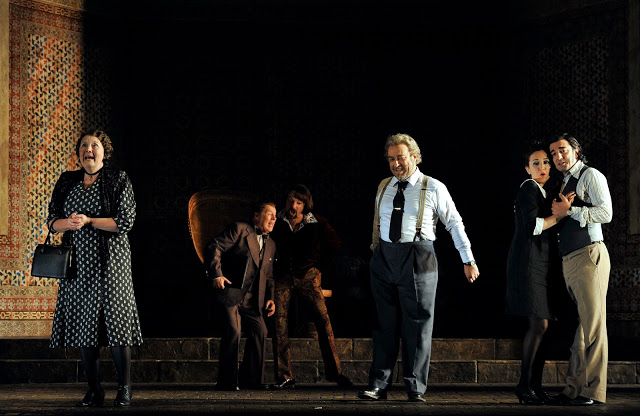 Michael Grandage’s production, however, which was certainly both fun and colourful, was high, in both senses, on the opera’s comedy and cynicism but, by being carried away by its oh-so-smart concept of  hedonism in a ‘1960s’  setting,  it lost many of the darker and more nuanced aspects of a piece which is a great deal more than slapstick farce.  The 1960’s, as far as this production was concerned, was a time of cynically practiced free-love (a nice comparison to pre-revolutionary France), a lot of cannabis and,  most depressingly, what appears to have been the birth of ‘dad dancing’. Like some of the other tired old jokes on display here,  everyone found time, even the Countess,  to show us that they could twist again like they did last summer. 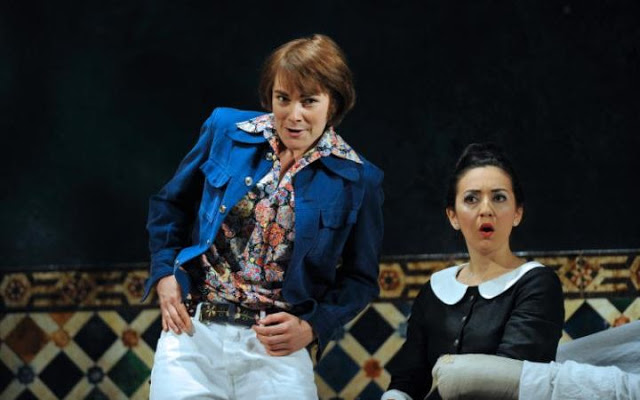 Of course, especially after the dinner interval, slapstick often gets the wildest applause at Glyndebourne. and the performance reduced most of the people sitting near me to charmingly childlike giggling. I know, don’t knock it, it’s wonderful these days to find people happy to spend any time at all enjoying opera.

The main problem with Mr Grandage’s production was the way he reduced the role of the philandering Count Almaviva to a rather silly character, mostly high on cannabis, easily tricked by all around him and thus, when Mozart’s music reveals the character’s real anger and danger, all we get is dope-crazed  slapstick.  Gyula Orendt was perfectly fine, with his light and, mostly, flexible baritone, but having to play the role as a youthful and caricatured, Whitehall farce, version of the notorious hippie aristocrat, the 7th Marquess of Bath (born 1932), drained the interpretation of soul and the opera of its beating heart.

The 7th Marquess of Bath. 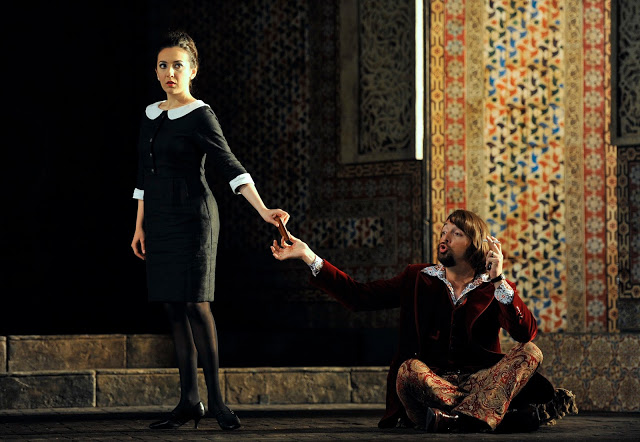 It’s not, I hope, me being resistant to opera directors up-dating their productions to find the work’s relevance for modern audiences – there have been many thrilling productions, not least here at Glyndebourne,  that have justified what has, in all truth, become a bit of an easy cliché. It’s that this, of all operas, is a marvel of character analysis in music and, by turning the Count into a joke, all the light and shade so intricately woven between the other characters unravelled.

It was still a lovely wedding! The cast were all on top vocal form. It was great to have such a fine ringing tenor  from Alasdair Elliott, in the tiny part of the notary, Don Curzio. Too often the tenor line in the great Act 3 sextet goes missing but not last night. There was a classic Dr Bartolo from Carlo Lepore, a silly (sorry Mr Grandage) but gloriously sung Cherubino from Serena Malfi, an unusually solemn but well-sung Susanna from Rosa Feola, and a magnifiently dark-voiced  Figaro from rising star Davide Luciano who was, in this topsy-turvy production, deprived of most of the comedic side of his role. 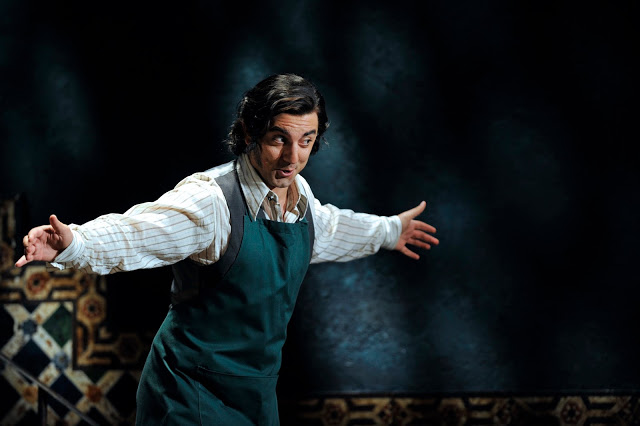 Accolades though for the limpid singing and glorious phrasing from the thrilling South African soprano, Golda Schultz, who, in spite of struggling to walk in those ridiculous platform shoes,(and to do the twist in them), was allowed to let her lovely voice, perfectly produced throughout its range, to take us to that place where only Mozart can transport us. Brava! 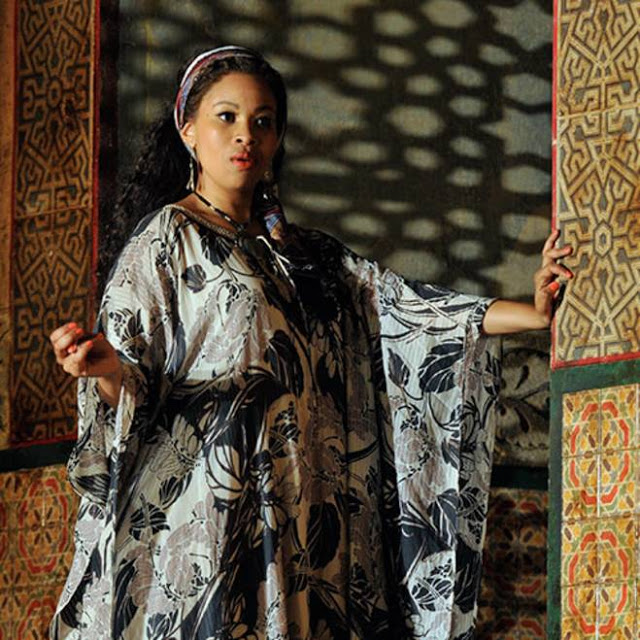 Conductor Jonathan Cohen and the Orchestra of the Age of Enlightenment (with some nifty fortepiano playing from Ashok Gupta) gave us Mozart in all his glory too, allowing us to hear all the details, the pain and danger of love,  the pride and the prejudice, and yes, the humour, but, most of all, the humanity so vividly caught in this wonderful music.

On such a beautiful Sussex summer evening, Glyndebourne reminds me just how lucky I am to have this small miracle of opera just down the road from my home in Lewes. On such a beautiful Sussex summer evening, Mozart, too, rises to the occasion, in spite of the some of Michael Grandage’s trip wires,  and sends us all home with joy and, yes, sadness in our hearts.