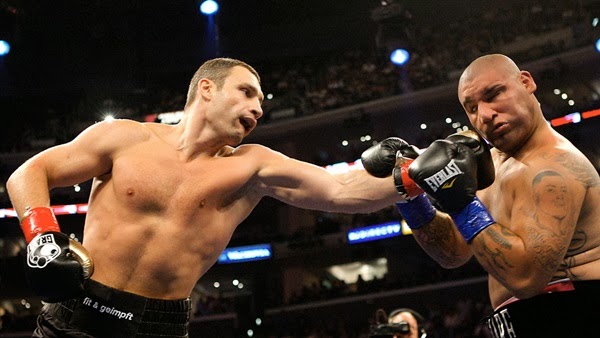 WBC heavyweight world champion Vitali Klitschko may have hung up his gloves but as the leader of one of the Ukraine’s main opposition parties, he hasn’t forgotten how to pack a punch. 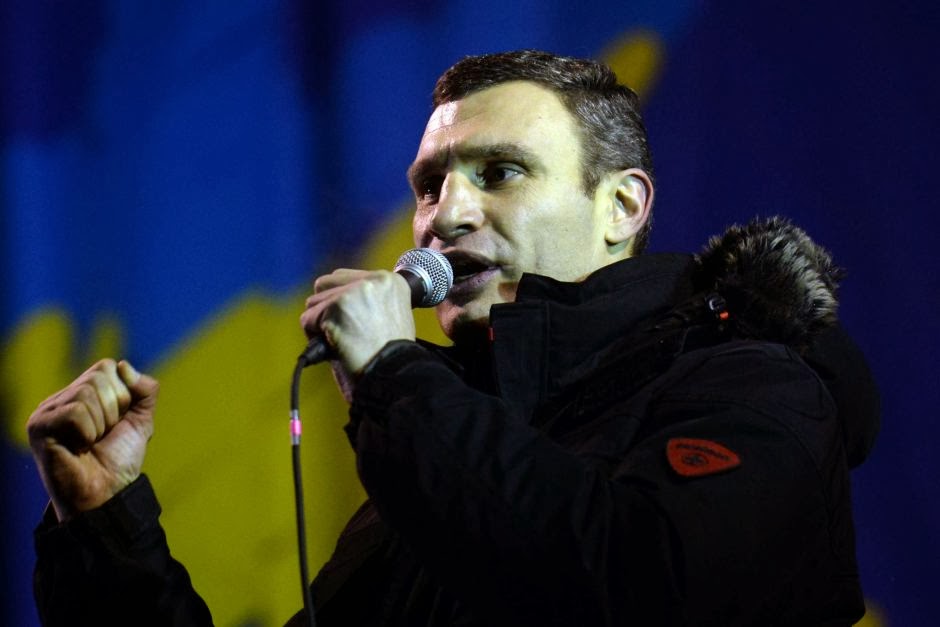 He has shown his courage and his mettle out there on the freezing streets of Kiev but also in his negotiations with the unpopular government of  President Viktor Yanukovich who tried to make him deputy prime minister yesterday in an attempt to silence him in a powerless job. Britain’s deputy prime minister, Nick Clegg, knows just how powerless that job can be. Taking it is often the road to unpopularity and political ruin. So Vitali Klitschko is back out there on the streets with the demonstrators who are also showing that they are prepared to stand their corner. 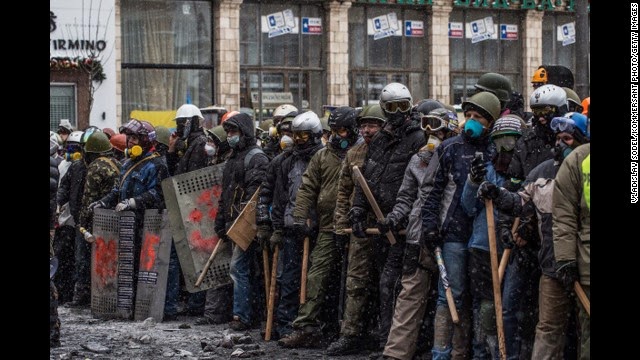 As are President Yanukovich’s riot police. 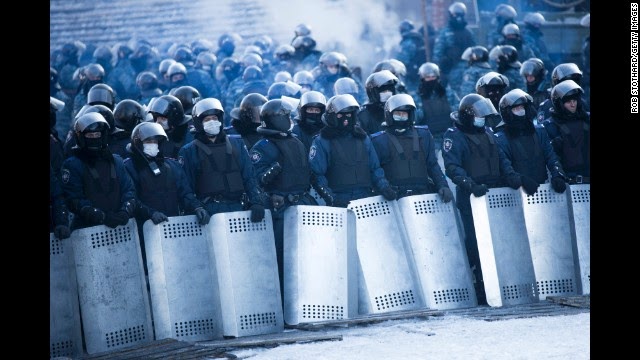 Both sides are prepared to fight… 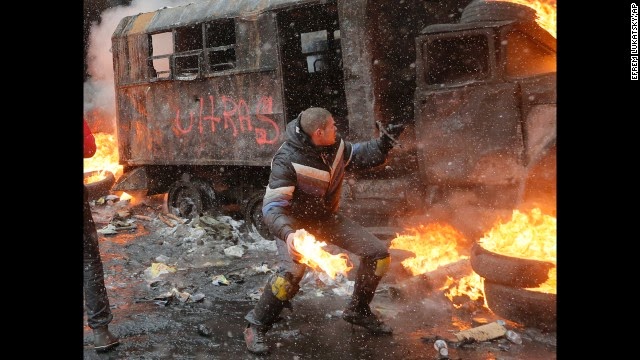 … and, as is usual in street fights, people have got injured and others have died. The anger is high on both sides and now we are reading of new stories of beatings and torture inflicted on some of the demonstrators. 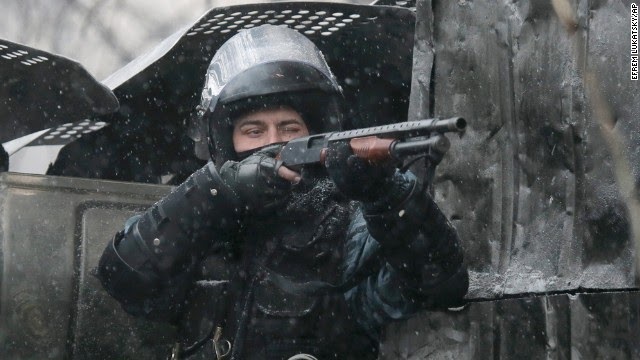 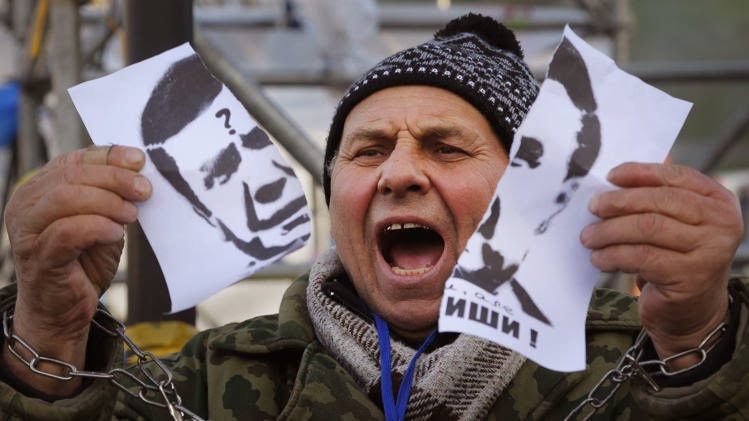 …and it doesn’t look like he’ll be signing photographs out there on the streets of Kiev any time soon. 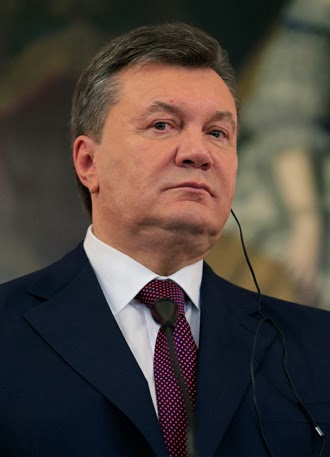 He comes across as a tough guy, for sure, but everyone knows that it is really the Russian president Vladimir Putin who is telling Yanukovich how to fight. 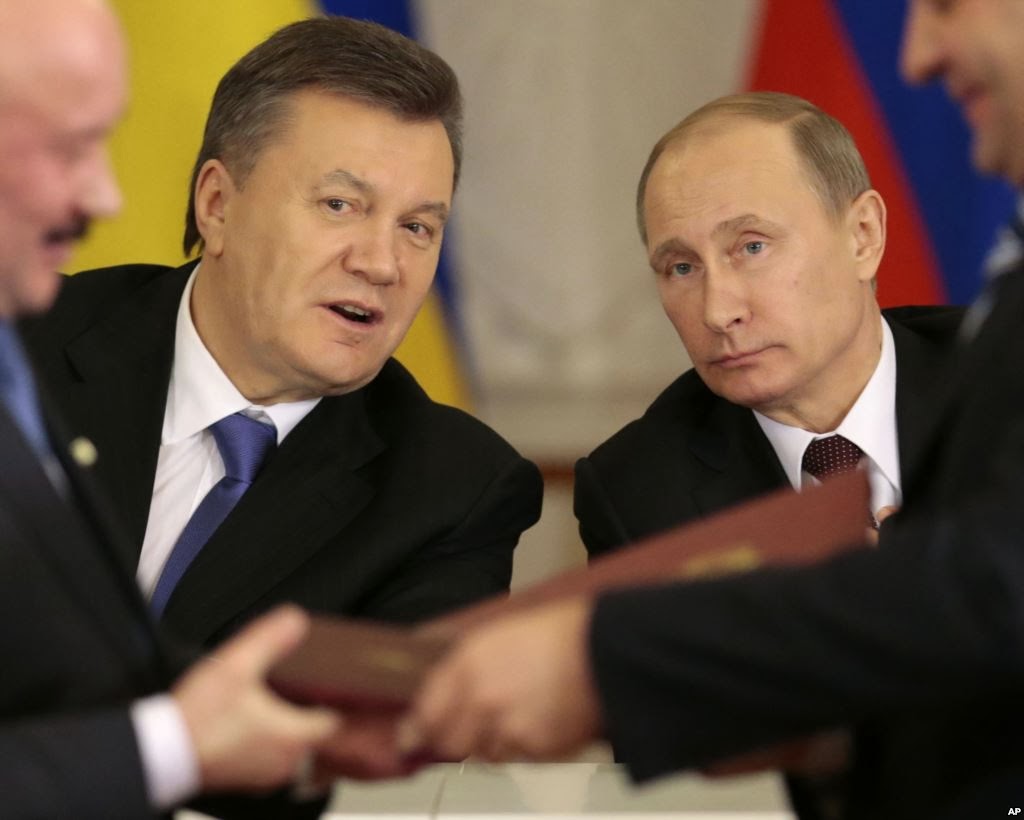 To find a solution to Ukraine’s problems and to stop the violence, maybe we should return to the old days when opposing forces selected champions, like Achilles and Hector,  to settle disputes in single combat.

President Putin is unembarrassed about flexing his muscles in public… 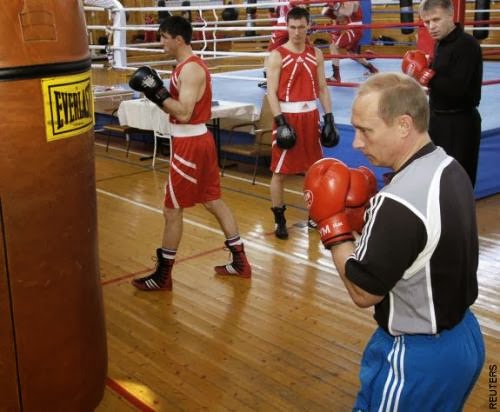 …so maybe Vitali Klitschko should return to the ring for one last fight. 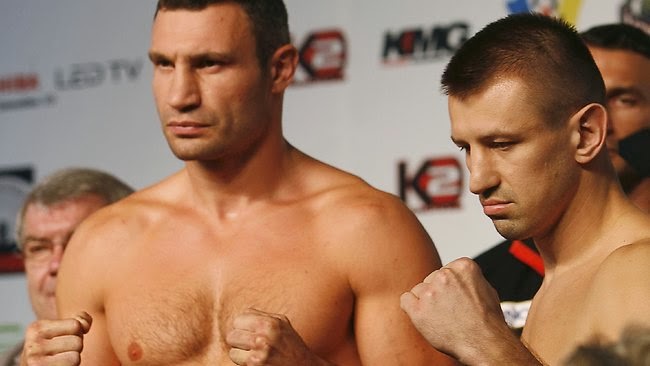 All eyes would be on the already controversial Winter Olympics at Sochi if Vladimir Putin agreed to take of his shirt (yet again) to fight it out with Vitali Klitschko. Then we would all be shouting “Let the best man win!” 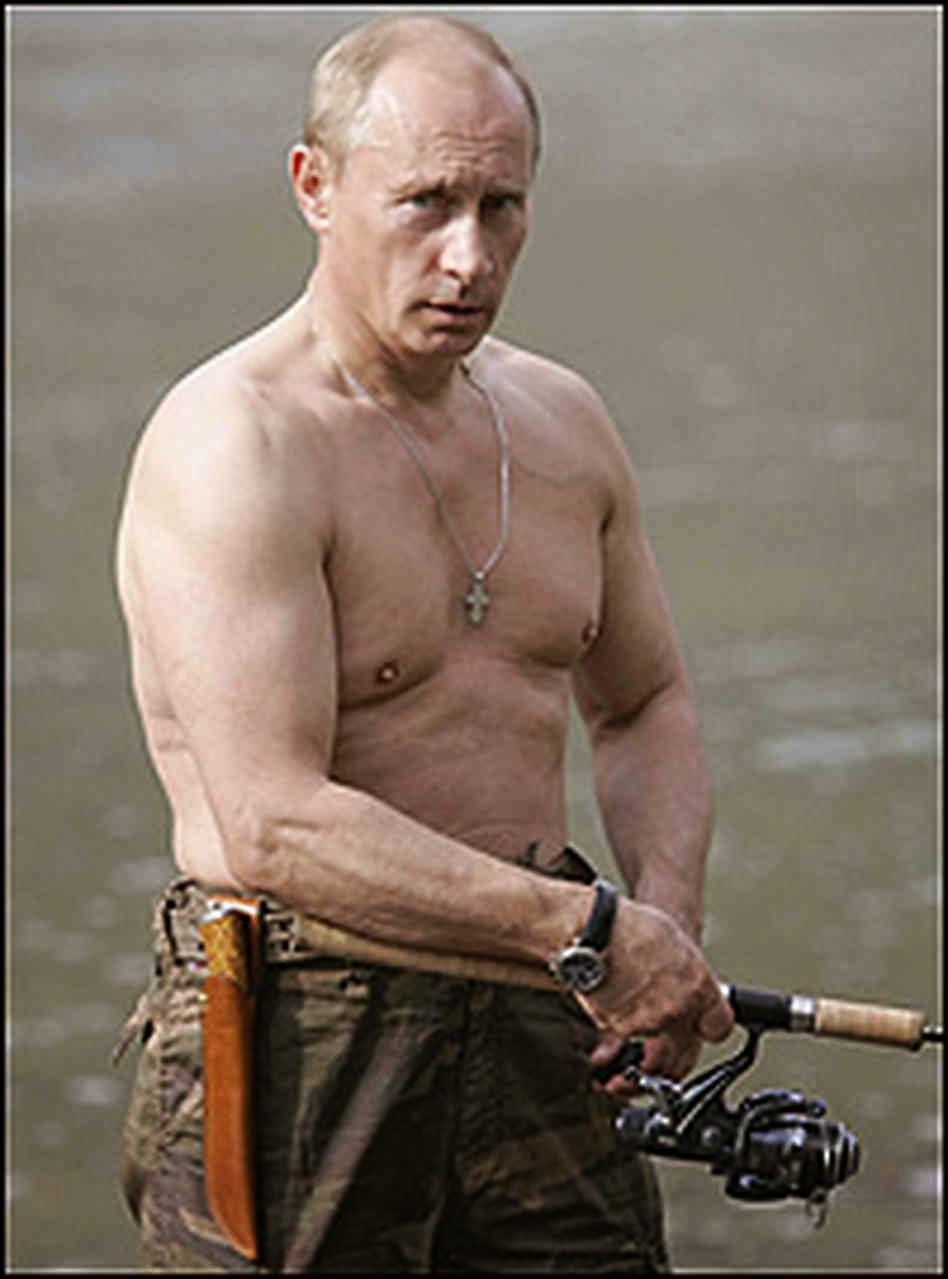