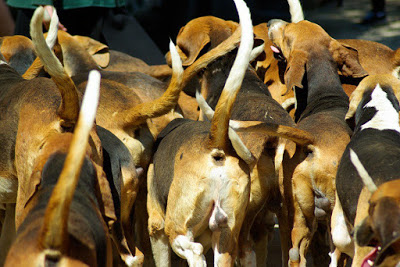 I’m sorry fellow Europeans, I voted remain as did many other people here in Britain, please lets strive to remain friends.

The country has voted and the result is official. The United Kingdom is to leave the European Union on the strength of an ill-conceived and little-understood referendum campaign which became a debate around prejudiced and unfounded theories about immigration.

It is too easy to blame the 52% of the electorate who voted Out – they were mostly people from deprived parts of England and Wales,  often poorly educated,  mostly from an older generation out of tune with modern Britain and suspicious of ‘foreigners’ – I could call them bigots but that kind of remark got our previous prime minister, Gordon Brown, into trouble, I could call them, well some of them racists, or at best ignorant, but I’m not going to because many of the 52% have problems enough. Sufficient to say that I think they were not only wrong but that their decision is bad for Britain, bad for Europe and bad for the World. Sadly, frighteningly even, by their big error, the electorate has opened the doors to the real bigots, racists and worse, and we will have to act to contain the poison.

The decision is made and I find myself, not for the first time, in a minority. Actually I was always in a minority at school and at university – not that I could do anything about it, I am who I am, but being in a minority has become a habit. If I look for crumbs of comfort, I actually feel rather chuffed to be in such a large minority of 48% – I’ve never felt so much in common with so many people. I’m chuffed too, looking at the demographics, that the 48% (surely a number to be worn with pride on t-shirts) is made up of a large proportion of young, bright-eyed optimists who look out to the world and who love to be not just a part of Europe but to be free to  work in it and travel around it without contstrait. I hope that they won’t mind an old fool like me joining their ranks. I’m unhappy though that the old have voted to disenfranchise the young – it’s not in the natural order of things. 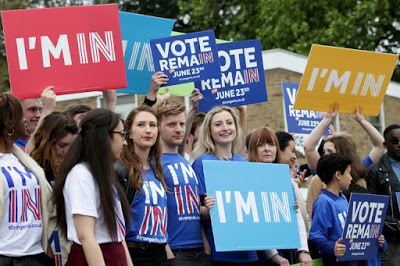 If I’m trying hard to forgive the BREXITERS, I’m much less forgiving of Prime Minister  David  Cameron. It was a shameful dereliction of duty to risk the break up of the European Union and even the United Kingdom for narrow party political reasons – to offer the red meat of the EU Referendum to the right wing of his own party when there was no need for one and when no one in the country had been asking for one. 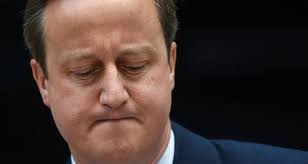 He is gone, in real terms, and the voters have decided, I should stop whinging, I know.  Cameron should be only remembered now as a warning to the country.  I have no sympathy for those tears outside No. 10 Downing Street. They are his business, for his conscience and for his own realisation that his political legacy will be the memory of a man who let down his nation. Enoch Powell said that most political careers end in failure, David Cameron’s should be read as the biggest political failure in the post-war history of modern Britain. 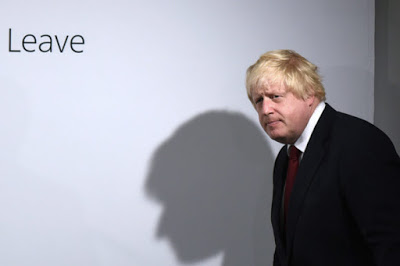 All eyes now on the Trump-like Boris Johnson – the charismatic and intelligent journalist who was so good at writing sound-bites and headlines even if they weren’t true and even if he didn’t actually believe them. The 52% did believe him so he must take the praise or the blame for the result, depending on your opinion of the outcome. 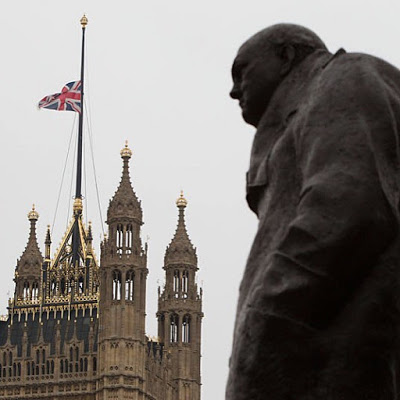 One last moan. I believe in parliamentary democracy and dislike the simplistic yes or no, in or out, love them or hate them, polarity of referendums (a) – we, the people, are not economists, we simply did not know the level of detail needed to make a decision on something so important as this. I suspect no one actually knows what this will mean for the country, for the United Kingdom, Europe or the world.  One thing seems to be obvious though, that this bad-tempered, dishonest and hateful campaign has ended up with Little England letting out the dogs. Gawd help us all.

This is a second version of this blog as the first one got deleted because of a technical fault. I’m sorry that a reader’s comment was deleted too. Apologies to  Stefano Cecchini for the deletion. Thanks so much for your comment. I’m glad you took some comfort from my posts and felt that here in the UK many people are upset by this BREXIT.
Here is Stefano’s comment:

I feel less alone reading these two essays. Thursday night, I did not sleep for the result of your referendum. Look for the reasons that unite is a difficult exercise, but brings great joy that you get used to and take for consolidated and do not remember that instead are the result of a job that must be constantly renewed. In Europe we have the Switzerland that does not bother some for the stability of the continent, but with the United Kingdom (?) It is different, the difficult international policy choices will become even more difficult. Switzerland is a rich country, but the Swiss are not recognized as a great people succeed in spite hold together at least three large groups. With the British there was a different, consider that for Italians Conrad is an English writer and this is not out of ignorance. Strength and courage even if in addition to our town the Sunday before the left has lost the City in favor of the 5 stars in Europe were the group with Farage but now the group will not be for lack of deputies Farage. excuse the translation.