I’m sorry everyone, if you’ve been looking for my regular blogs. I’ve been busy all year on my novel-writing activities and decided to give the blogs a rest. Today though, yay, I finished the third draft on my third Brighton novel, Over The Hills Is A Long Way Off.  I also heard, last week, that my second Brighton novel, Blue Notes, Still Frames, is to be published (by Ward Wood Publishing) in October this year. So I’m not only feeling truly excited and chuffed but also, dare I say it, a bit whacked too. It’s been an amazing year because I’ve been pushing myself on both novels almost simultaneously, after deciding that I wanted to up my game in 2016.

You could say it was part of my New Year’s Resolution for 2016.

I spent New Year’s Eve with family – staying in with a bottle of whisky and some DVDs. That might sound tame to all you party-lovers out there, but I was fine about it. Actually I have always thought New Year’s Eve was about putting my life into perspective – looking back on the year now ending and looking forward and making plans for the future.

On that night, I watched the inspirational  Oscar-winning film Whiplash (2014) directed by Damien Chazelle and starring Miles Teller as a young drumming genius, Andrew Neyman, and his terrifying, bullying but also inspiring teacher Terence Fletcher (J.K. Simmons). It’s a great music film, of course, but it is much much more. 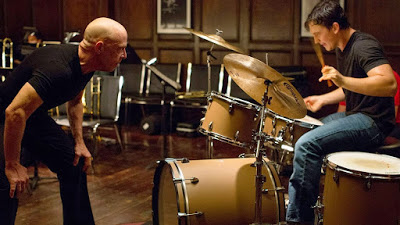 It was engaging enough watching the film for its own inner drama but, while I was suffering with the young jazz drummer who was being driven to produce the best possible performance that he was capable of,  I was wondering if I had ever pushed myself that far.

In the film, the drummer practises again and again until his hands begin to bleed and the blood, memorably, splatters onto the drums. 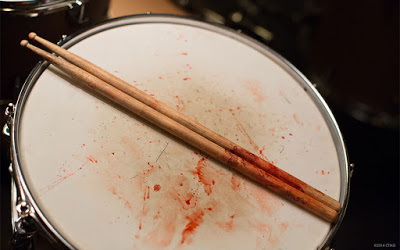 Could I do that? I asked myself. Not on the drums but with my writing. I had recently done a new draft of my novel Blue Notes, Still Frames (which is about, amongst other things, music and musicians) and thought that it was in a pretty good state. But was it? Had I gone over it until I bled? Well no. 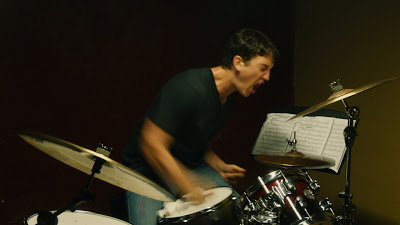 So, beginning in the first week in January, I went back to the book and slogged it out and, in my own way, I bled a little. Then, as January moved into February, March, April and then May, I continued on that book (which is now with Ward Wood Publishing) but also on my new novel,  Over The Hills Is A Long Way Off,  which is a comedy about people’s dreams and fantasies and whether they can actually come true. I hope I’ve given this book too the energy I admired so much in Whiplash. Certainly, now that this period of intense writing is over, I am looking at my hands for signs of bleeding.

That is how it has been – I have been ignoring friends and family and you my loyal blog-readers but i’m hoping you forgive me.  Now I can  begin to think of other things – that is why I’ve returned here to my blog-site.

I’m looking forward to the new novel coming out this October and hope that you will find yourself a copy when the time comes. In the meanwhile, if you haven’t done so already, you can always get a copy of my first Brighton novel, Stephen Dearsley’s Summer Of Love (also published by Ward Wood Publishing). Between now and October I hope to write more about why I seem to have written a trilogy of Brighton novels, hoping that you will continue the journey with me. I might even put my toe back into the water on other subjects  now that a year has passed since the UK General Election that made me, at least, despair of politics. 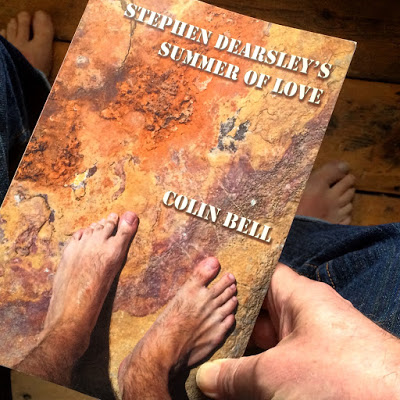 Anyway, if you’re looking for similar inspiration to mine, then here’s a look at that movie – if you haven’t seen it already, or even if you have, it will make you rethink just how much you put into trying to achieve your dreams.