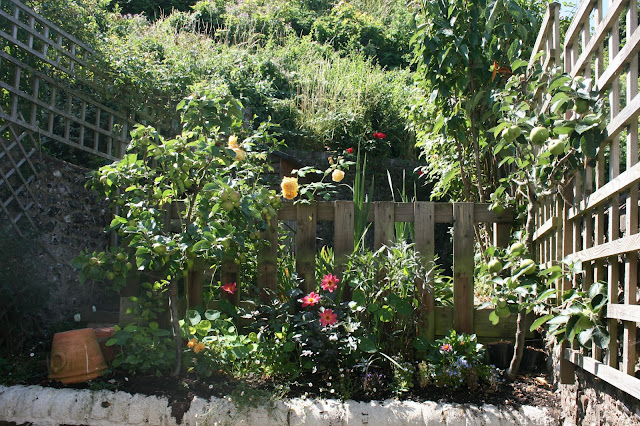 There’s a welcome mood change in my Lewes, UK, garden when July turns into August. As this hot sunny weather continues, my roses have mostly gone for a little rest and their thrusting stems have been cut back in that most enjoyable pastime, summer pruning. Where there could be a sombre gap in the flowering, my old favourites the dahlias have marched in to liven things up a bit. Some gardeners are a bit snooty about dahlias thinking of them as rather vulgar and other gardeners obsess on them struggling with their rivals to produce the largest blooms. I’m a more laid back dahlia admirer enjoying them best when they join in with the rest of the garden in a gently unhurried, non-competitive kind of way while positively vibrating with new shades of colour just when my eyes have got jaded looking through rose coloured lenses. 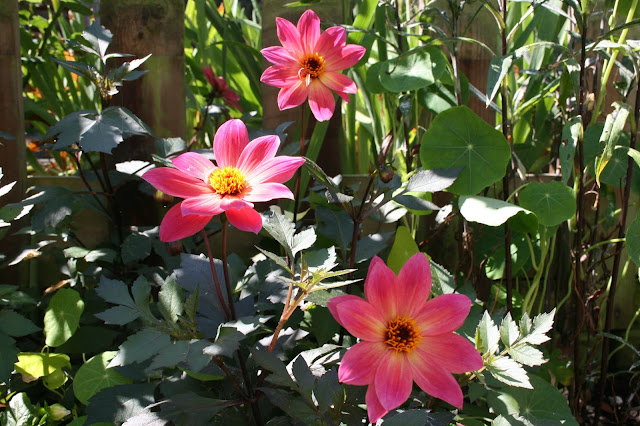