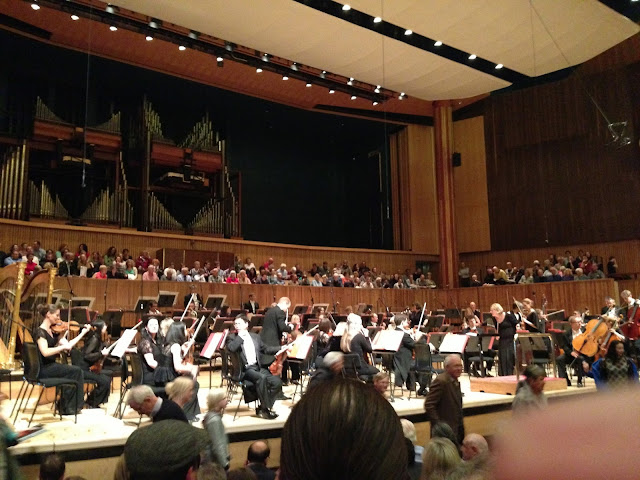 My seat near the front of the stalls last night in London’s Royal Festival Hall meant that i could hear every note that was played in the Philharmonia Orchestra’s concert under their principal conductor Esa-Pekka Salonen. The notes were worth hearing too. Debussy’s Prélude à l’après-midi d’un faune sounded truly exquisite reviving my love for this piece and reinstating for anyone here for the Stravinsky that Claude Debussy (1862-1918)was behind the great Russian’s inspiration in The Rite Of Spring which also received an inspiringly musical performance under Esa-Pekka Salonen who made the piece as exciting as usual but also mellifluously beautiful. The third piece, sitting between Debussy and Stravinsky was Edgard Varèse’s gigantic Amériques in his 1927 revised (and smaller) version where the orchestra expanded to include 10 percussion players and as many horns, trumpets and trombones and, of course, those famous sirens.  It was a thrilling experience to hear it all up-close. The rest of the audience seemed to agree by the way everyone was grinning and cheering at the end. It was proof, if any was needed, that 20th Century classical music is a sensation in the concert hall.

The French composer Edgard Varèse was one of my heroes when I first listened to ‘modern’ music. He was one of those excitingly Bohemian artists who ploughed his own furrow but, unusually, also had a good sense of humour. Just as 20th Century composers owed a giant debt to Debussy, so too do the many composers who followed the trail first blazed by Monsieur Varèse.

I shall remember last night’s concert for a long time. Merveilleux.

Listen to this if you don’t believe me: