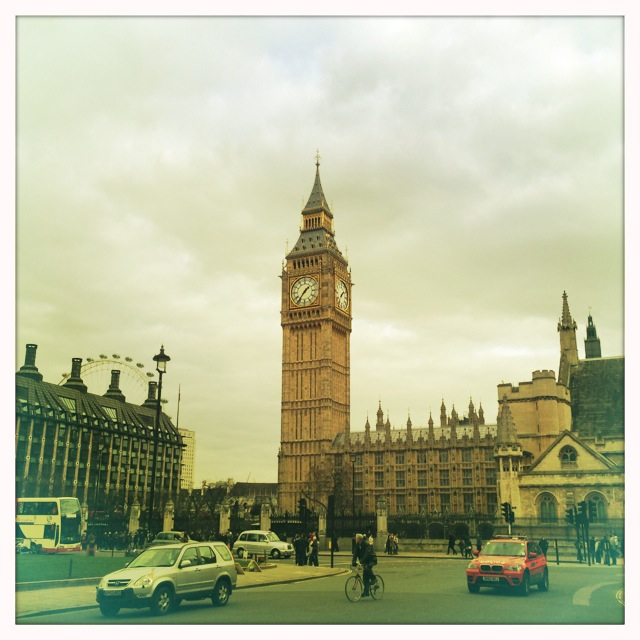 I was in London on Saturday for a cultural binge that took me to both sides of the River Thames. If I have time I always like to walk from Victoria Station to Westminster and then I really know that I’m in London. 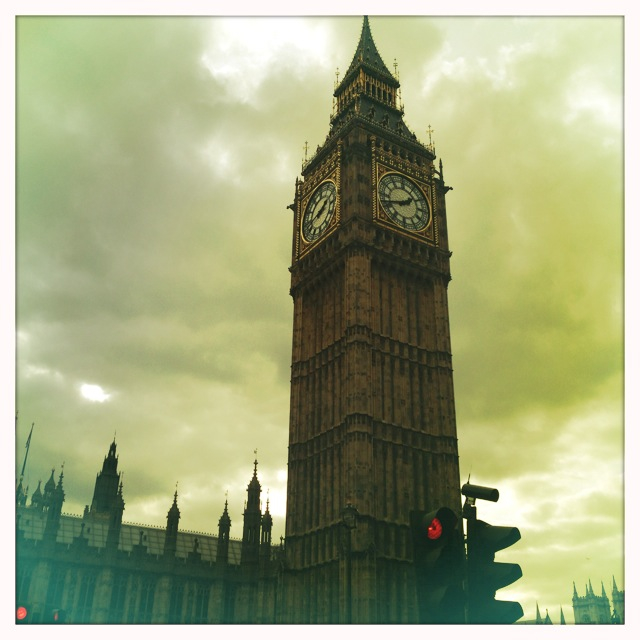 Big Ben was looking moody against the cloudy sky on a mild and mostly sunny day. 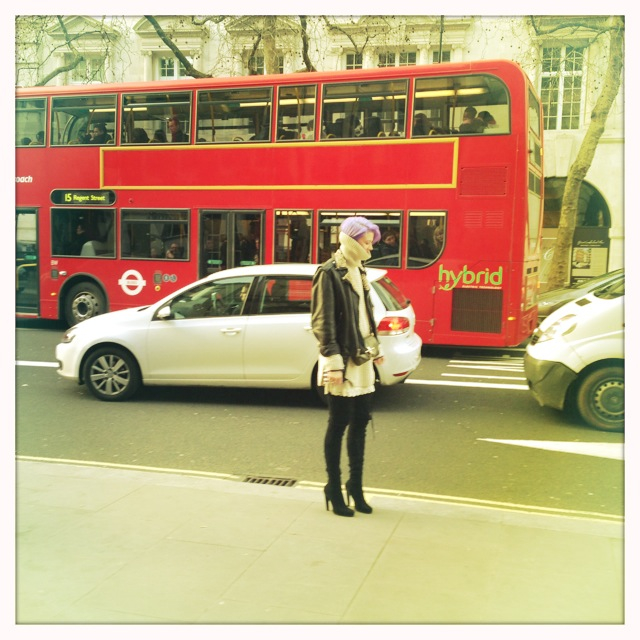 London was definitely the smart place to be on Saturday and this young woman was typical of the smart-as-y’get set I encountered when I sauntered down The Strand past the Savoy Hotel on my way to Somerset House. 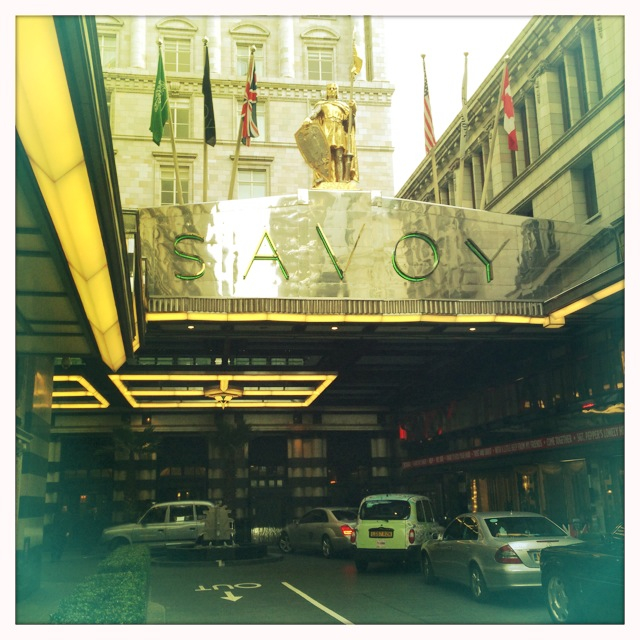 It was just as well that I always look dead trendy when I’m in London because, even though I was only here to see the young Picasso exhibition at the Courtauld Institute, I soon found myself absorbed into London Fashion Week – the smartest event anywhere in the World by a long way. 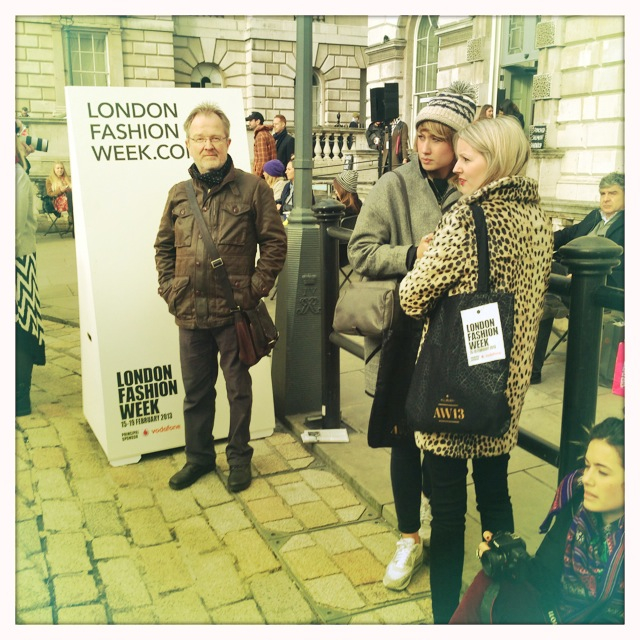 I mingled, as you do, strutting my stuff and taking in the sights and posing for photographs whenever asked. 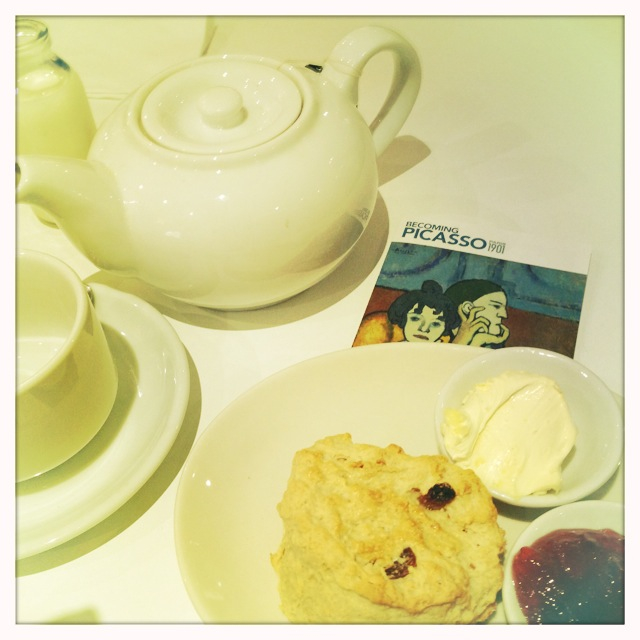 Then it was time for tea at the Courtauld Institute where the crowds were not so state-of-the-art but the scones and cream were perfect and the art was even more eye-catching than London Fashion Week. The exhibition is called Becoming Picasso Paris 1901 and it is billed as a once in a lifetime experience. http://www.artfund.org/what-to-see/exhibitions/2013/02/14/becoming-picasso-exhibition?gclid=CMrJzOP7vbUCFeXKtAodVGIAVA  You are unlikely to see all these paintings together again because a substantial amount of them are in private collections on a “once in a lifetime” loan for people like us who can’t afford to buy their very own Picasso original. Needless to say, they are terrific – all painted by the 19 year old Pablo in 1901 for the Paris exhibition that was his big break. 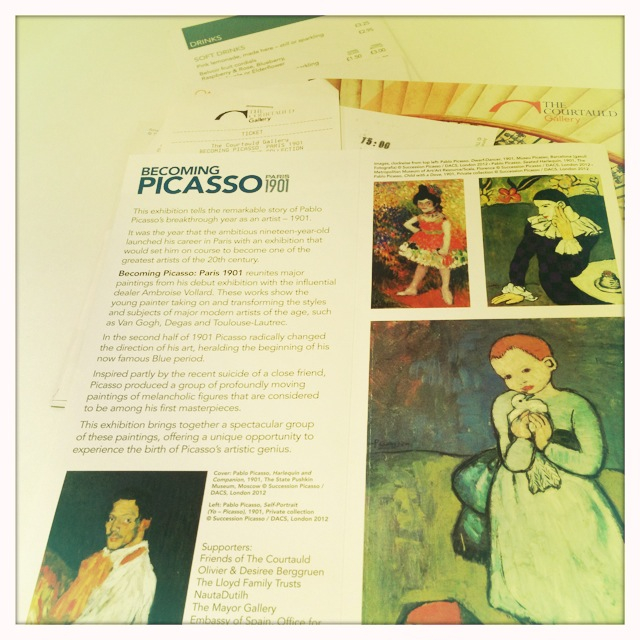 Here are just some of the paintings  – the exhibition shows how in that one year his style moved on from being the work of brilliant young emulator into his first original style, the so-called Blue Period. Here are just four striking examples including two self portraits entitled Yo Picasso! – I Picasso. No problems of confidence for Pablo but, I reckon, you only have to look at his early work to see that he had every reason to feel cocky. 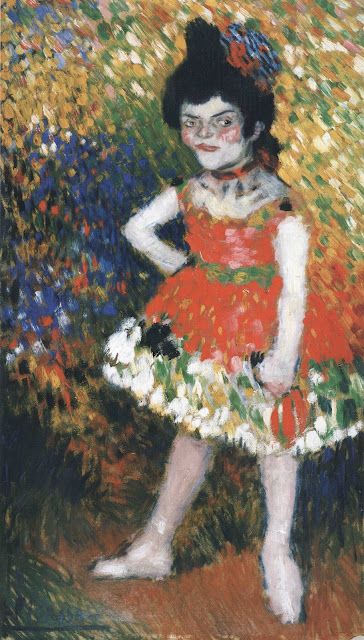 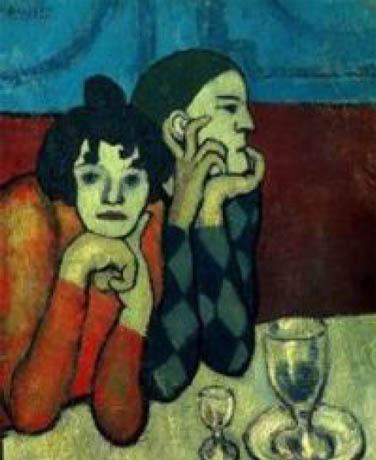 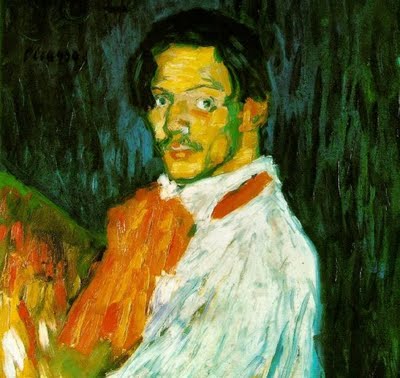 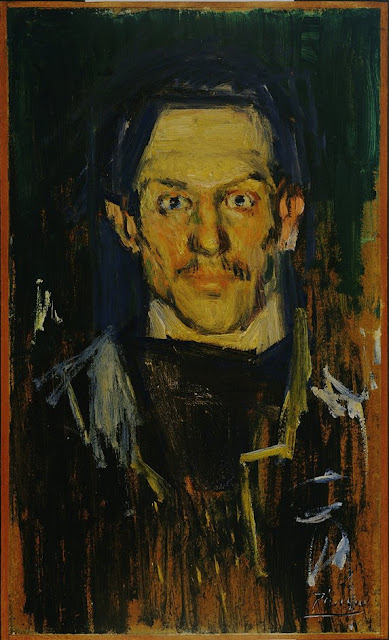 Maybe that should have been enough brilliant young things for one day but no, I had another date with young genius on the other side of the river at London’s Royal Festival Hall. 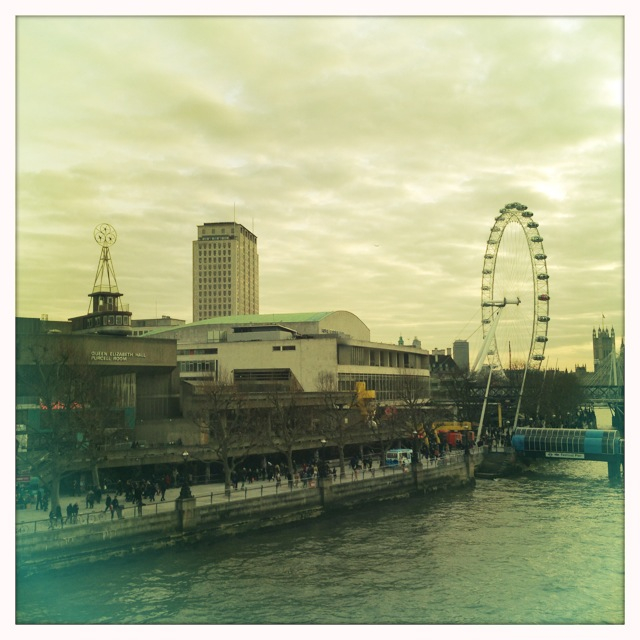 London was pretending that it was Spring already and that was just fine with me as I walked over Waterloo Bridge hoping to see a sunset. 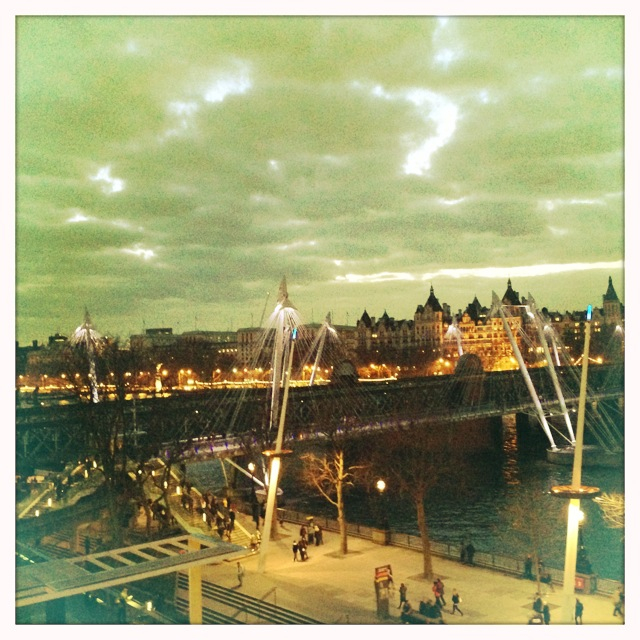 If it is not officially Spring yet then the London Philharmonic Orchestra concert didn’t break the illusion as I was going to experience Igor Stravinsky’s The Rite Of Spring, the 20th Century’s great coming of age piece, for the first time live in a concert hall. 2013 is its centenary year so culturally I was back in the early 20th Century Paris of Pablo Picasso and Diaghilev’s Ballet Russe. The first performance turned into a riot and heralded the arrival of the “new” music. I’m not supposed to be listening to classical music written after 1878 because of my history of music project, but I had to make an exception for this centenary celebration. The Royal Festival Hall is running a season of 20th Century Music called The Rest Is Noise and, if you are anywhere near London, try to get to some of the events – there are great things planned. http://www.southbankcentre.co.uk/classical/2012-13/the-rest-is-noise 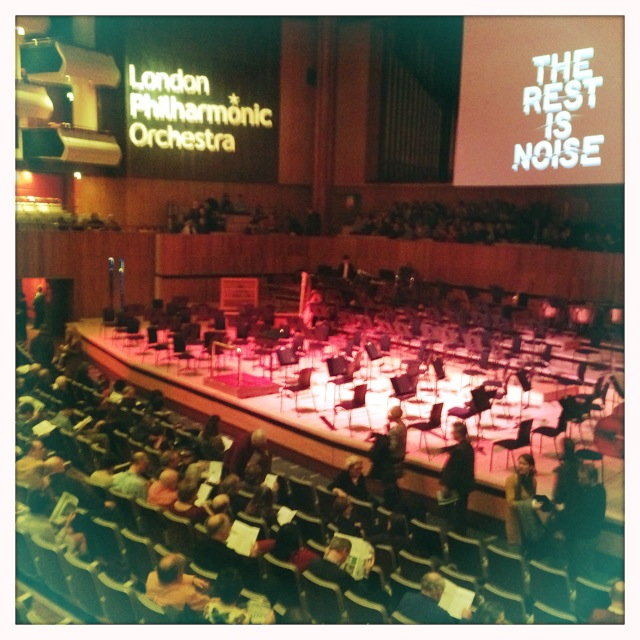 When the orchestra filed back on stage for the Stravinsky in the second half, the spacious seating for the players, as seen in my photograph, was transformed into a crowd scene. It was thrilling enough just to see so many people on one concert platform but when they started playing this most exciting of pieces, I had great difficulty in stopping my socks from blowing off. Everyone has to experience a live performance of The Rite Of Spring at least once in their life time. 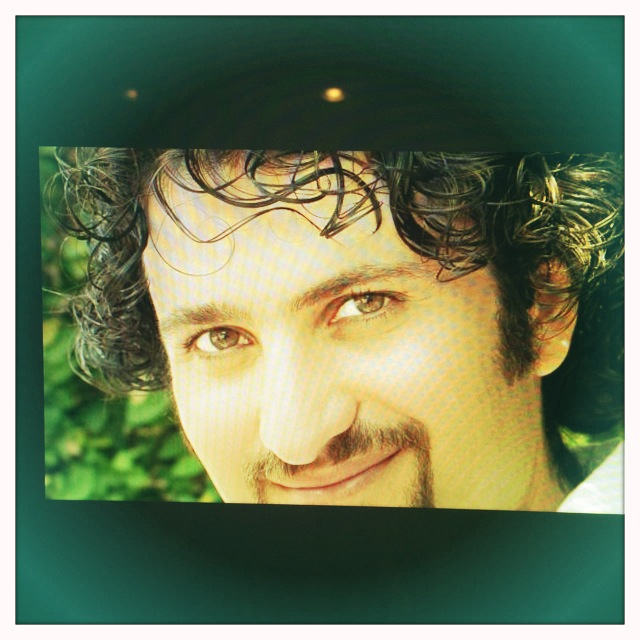 Saturday’s concert was conducted by the young Russian-American conductor Mikhael Agrest, who was a last minute replacement for an indisposed Yannick Nézet-Séguin, but who conducted as if we were all going to be swallowed up in Stravinsky’s great portrayal of the ferocity of Nature. Those thrilling rhythms vibrated through me all the way home to Lewes and there may not have been anyone around when I walked to my house but I could still hear Stravinsky’s great ice-cracking Russian Spring in those deserted streets. Well done London – sometimes you just get everything right. 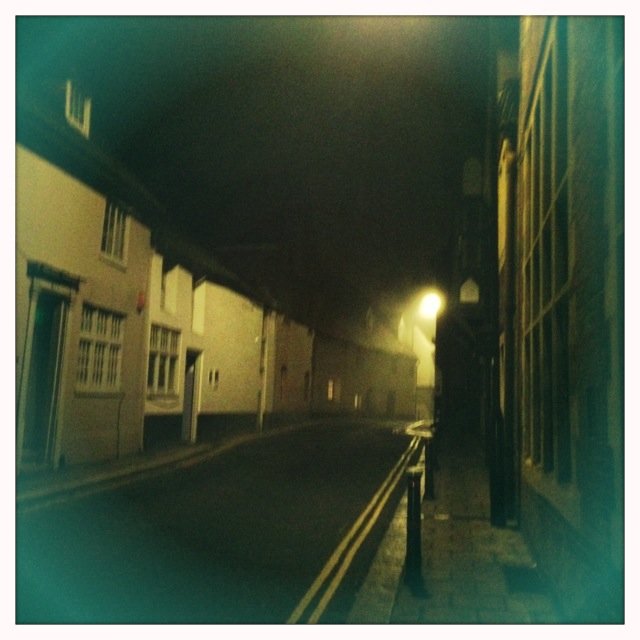 Here’s a taste of the music (with conductor Daniele Gatti in Paris) – you’re never the same again once you’ve heard it.