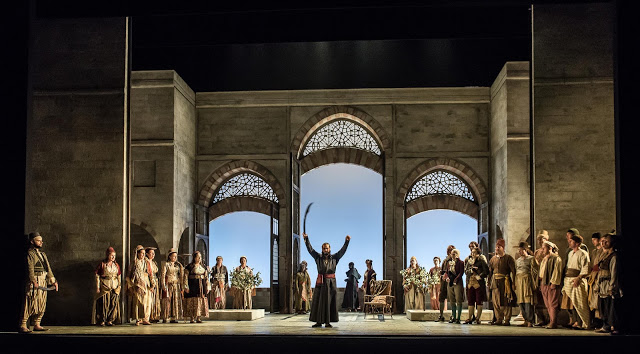 As a life-long opera enthusiast, I’m lucky to have an international opera house just down the road from my house here in Lewes, UK and the other week I went there for my second visit this year for the opening run of the Glyndebourne Autumn Tour which always begins at the mother house and often is the vehicle for exciting new singing stars.

Actually, the October sunshine was stronger than it was when I went there in the summer for the Festival season when those ludicrously long (90 minutes) picnic intervals were made even more of an ordeal than usual by the unseasonal weather this year when the strong wind often sent the contents  my picnic table flying across the gardens at a dangerous velocity. Such a first world drama –  it was a shame for a lot of the better-heeled members of the summer audience who only turn out at Glyndebourne for the interval. 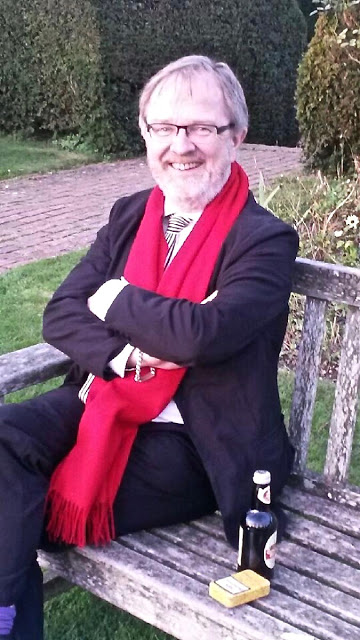 Old man on a bench.

I was invited by poet friend, Ben Cusden, to see the new production of Mozart’s 1782 opera  Die Entfuhrung aus dem Serail (The Abduction from the Harem) and we both had a splendid time. There was even enough sunshine for us to sit out in the Glyndebourne garden for some sandwiches and a bottle of ginger beer before the opera began. There was time too to visit Ben’s cousin Jennywho is in the wardrobe’s dyeing department and who took us on a tour of rooms filled with dresses, shirts, knickers and bras in a variety of shapes and sizes. 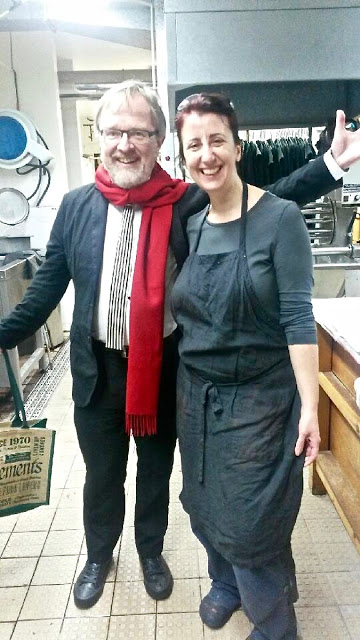 Another moment and I would’ve changed into doublet and hose and tried to make my way onto the stage but, luckily for everyone, Ben guided me back to the auditorium where we both behaved ourselves like model audience members. 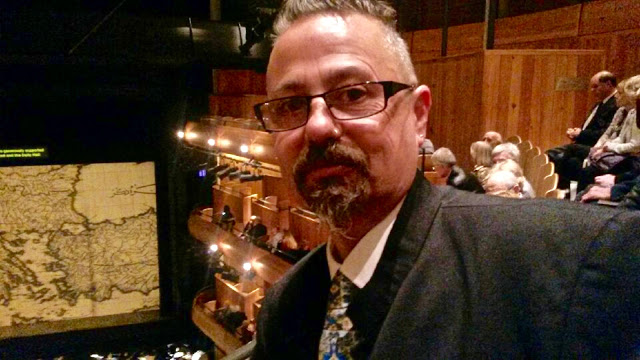 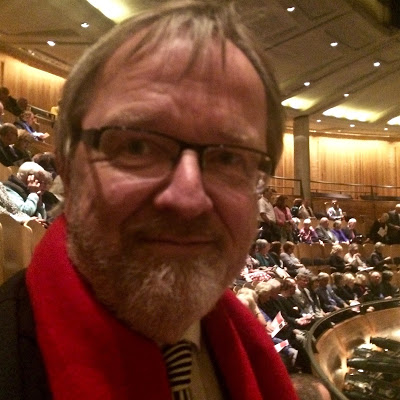 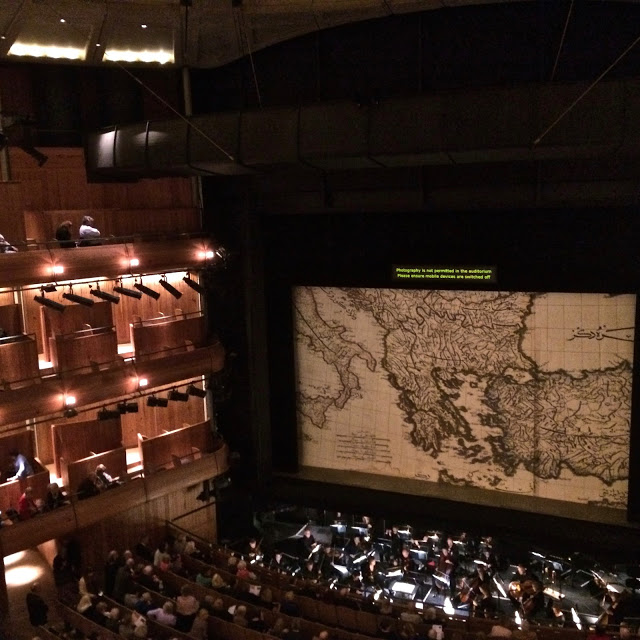 Mozart’s Die Entfuhrung is possibly his first complete operatic masterpiece, a mix of singing and the spoken word, actors and singers, with sublimely beautiful, music which is a mix too of the passionate, the dramatic and the comical, reminding us, if we need reminding, that Mozart’s best operas are on a par with Shakespeare’s best plays. They have also been Glyndebourne’s signature pieces since its beginnings in the 1930s. 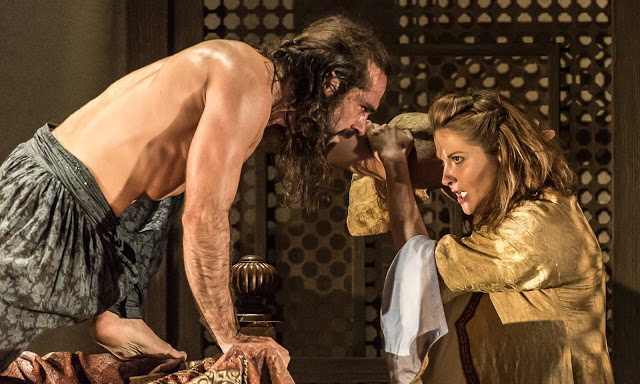 The plot concerns a beautiful young Spanish aristocrat, Konstanze (a coloratura soprano), who has been shipwrecked off the coast of Turkey and captured by the Pasha Selim (an actor) who not only wants her in his harem but hopes that she can grow to love him too.  Konstanze’s betrothed, another handsome young Spanish aristocrat, Belmonte (a tenor), sets out to find her and, ultimately to abduct her from the harem. 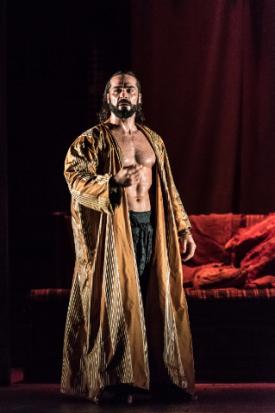 It was fashionable to make fun of Turks and Arabs in 18th Century Vienna but these days, things have got a whole lot more complex. Mozart’s genius took him beneath the surface even in his cheesiest moments of slapstick so it is no real surprise that the wicked Pasha isn’t really wicked at all but an passionate and honourable Enlightenment ruler who has to struggle with his nearly unruly passions. David McVicar’s low-key  but impressively thoughtful production restores not just most of the spoken dialogue that is usually cut but restores the drama too. Mozart, I think, would have approved.

In this production, two of the strongest performances came from the actors,  charismatic and sinewy Frank Saurel as the Pasha and the melancholy and dignified Adrian Richards as the Pasha’s mute eunuch. The two men often stole the show. 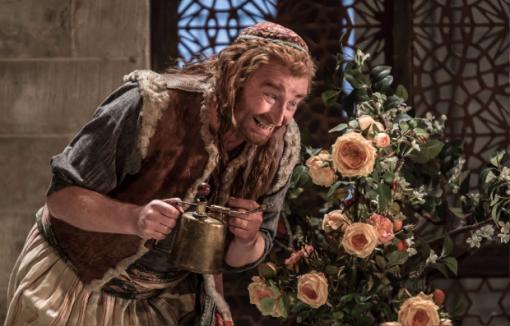 The main comic turn, and the traditional ‘funny’ Turk, is head slave, Osmin, quite possibly another European captive turned nasty in this production with Clive Bayley sonorously impressive in all those very very low notes but no stranger to losing his pants in true Whitehall farce style. 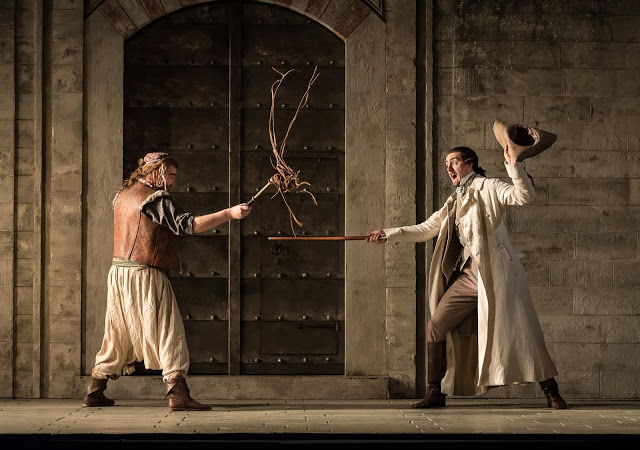 Of course, we’re all meant to be gunning for the young lovers even though they are privileged scions of some unpleasantly oppressive Spanish noblemen. Konstanze, who is appropriately constant, was mostly in safe hands with Romanian soprano,  Ana Maria Labin, who conquered most of the very difficult music in masterly style except when on occasions the coloratura ran away from her at the top. She did well with her acting even when asked to wear the most unflattering Turkish pantaloons ever to appear on an operatic stage. She even climbed down a ladder, with her back to us, wearing them – shame on the producer but well done Ana Maria Labin ( I hope no one took a photo). 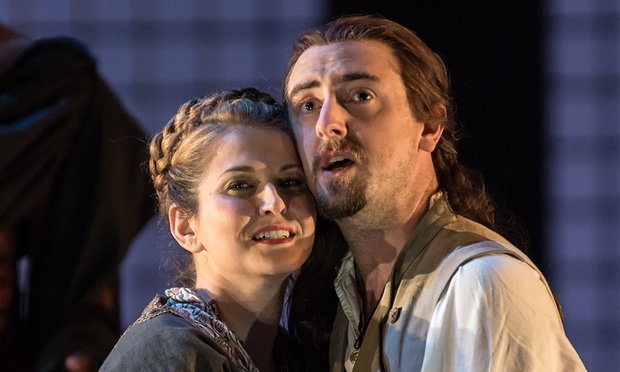 Her betrothed, Belmonte was the very tall and very thin, Ben Bliss, a young American tenor from Kansas who may look more like a very long piece of string than a hero, but nevertheless has the perfect voice for his exquisite music. Mr Bliss is a real find and worth the price of the ticket just to hear his voice. I’m not at all surprised that he will be singing this part next at the Metropolitan Opera in New York. 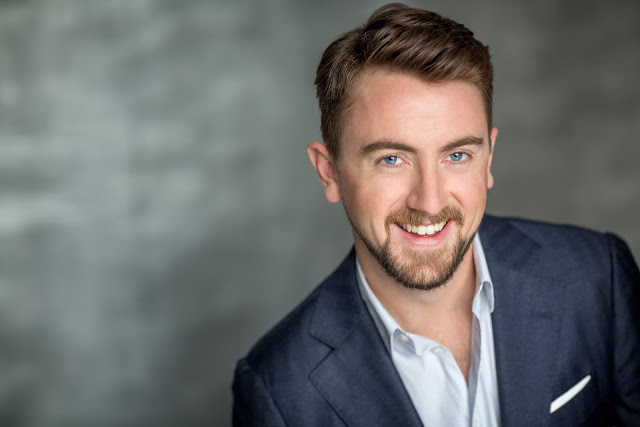 With Michael Fabiano’s Poliuto in the summer, and Ben Bliss now, Glyndebourne, well done to them,  has introduced us to two new American tenor stars in the making this season.

So catch this production if you can while it goes on tour round the country this autumn, not just for Ben Bliss but for a thoroughly successful of Mozart’s tricky little serious comedy. When it all appears to rich its inevitable happy ending, Mr McVicar, in the spirit of Mozart, allows Konstanze a poignant backward glance at her very romantic Turk captor.  Nothing is ever quite clear-cut with Mozart.

Finally, if you don’t believe me when I enthuse about Ben Bliss’s singing,  here he is in the