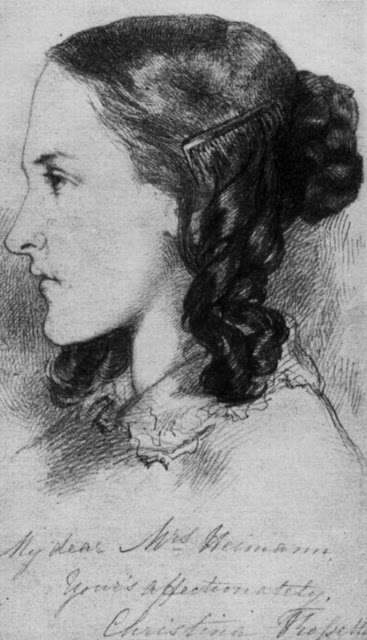 Christina Rossetti wrote a poem that everyone knows whether they realize it or not – it is sung every year at this time and many people say it is their favourite Christmas carol. It is definitely mine. In The Bleak Midwinter is so strangely wrong as a way of remembering a birth in a stable in a desert but for  any one born in more Northern climes, it captures the spirit of Christmas perfectly. Maybe it is a particularly English way of looking at the Biblical story and certainly for us inhabitants of this small Northern European island, it has become a part of our traditional Christmas. Her portrait was drawn  by her equally talented brother, Dante Gabriel Rossetti whose vivid self-portrait is below. 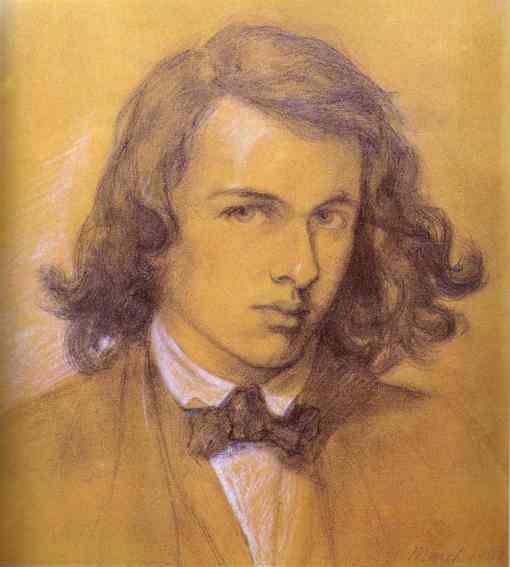 Dante Gabriel Rossetti painted a more realistic climate in his nativity painting, The Seed Of David with the added moody presence of King David, as both a solemn-faced young giant-slaying man and as the broody king who became no stranger to sinful ways. 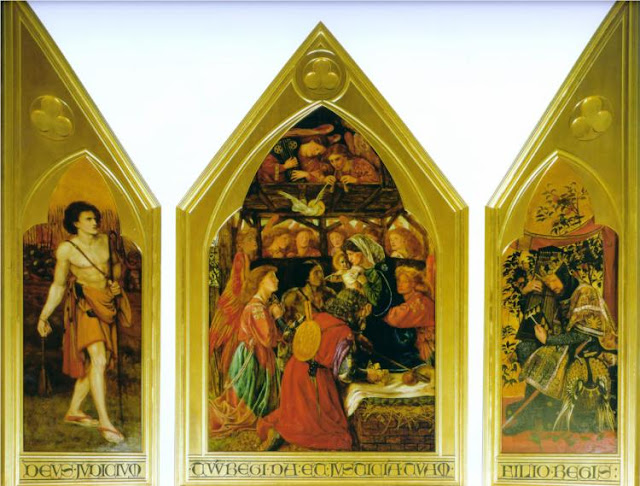 The Seed Of David (1858) by Dante Gabriel Rossetti (Llandaff Cathedral)

The Rossettis were an extraordinary family who lived in interesting times and were central figures in the so-called Pre-Raphaelite movement. As I have been re-inspired by these often under-rated English artists and writers thanks to the wonderful exhibition still running at London’s Tate Britain, I thought I would revisit Christina’s carol as we look forward to next week.

Our God, Heaven cannot hold Him, nor earth sustain;
Heaven and earth shall flee away when He comes to reign.
In the bleak midwinter a stable place sufficed
The Lord God Almighty, Jesus Christ.

Angels and archangels may have gathered there,
Cherubim and seraphim thronged the air;
But His mother only, in her maiden bliss,
Worshipped the beloved with a kiss. 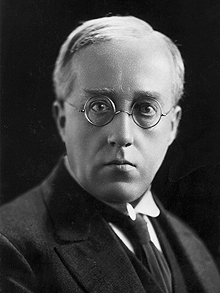 It has been set to music several times but,  for me, the most beautiful version is the one by Gustav Holst (1874-1934) written in 1906. Holst, in spite of his name and German ancestry, was as English as the Italian descended Rossetti siblings so what better than to hear their work performed by, who else, the choir of King’s College, Cambridge. It might all be very English but it travels very neatly too.