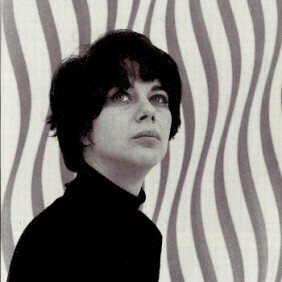 I used to like the art of Bridget Riley – she and it were the epitome of Op Art a catchy title for Optical Art – an art form that painted optical illusions. I remember a “trip” to a Riley exhibition over a decade ago and “trip” was the word for it. I was thrilled by the tricks her work played on whatever happens between eye and brain. 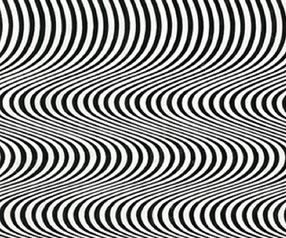 Sadly I won’t be going to any more Riley exhibitions after visiting my doctor yesterday for a routine catch-up on my recovery from the brain haemorrhage that I suffered in 2008. I was telling him how well I feel these days but that I do get into difficulties with some kinds of halogen lighting that you now get in some of our supermarkets and how I recoil from the flashing lights you get in dance clubs or on Christmas trees. Now I have to add the works of Bridget Riley to that list. 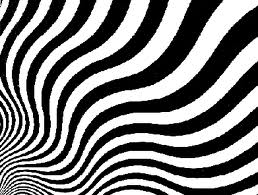 Strobing lights and patterns make me feel faint but they also give me a set of sensations that are difficult to describe but approximate to the scrambling sounds and images you get on an untuned television set. Posting this pictures has been difficult and I have tried to write this post without looking at the Riley pictures too much. I was tested for epilepsy after that haemorrhage and was told that I was OK. I believe that is still true but my doctor told me that those tests were only really accurate on the day that they were made and that, even though I have some epileptic visual symptoms, it doesn’t mean that I will ever have any more of the grand mal fits that I suffered (but don’t remember) during the brain haemorrhage itself. The symptoms that I get when exposed to these patterns are connected to the short periods of “absence” that I still experience – moments when my mind withdraws from my surroundings as if in a brief loss of concentration. This, like the epileptic-type symptoms, are, I am told, vestigial fits which mark the times when I might have had a full-on epileptic fit. After four years, the doctor said, I might have to accept that the absences and visual distortions may be with me permanently. There is always a chance though that my brain may reroute around the brain damage that causes this problem. 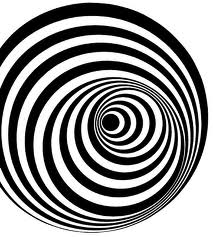 I cannot really complain too much as I feel really well again after four challenging years of gradual recovery and only this and the remains of my neurological stammer are the remaining symptoms. I’m sad I can no longer enjoy the work of Bridget Riley but there are other artists that I discover. Time for me to develop a taste for Minimalism I think. Ah, that’s better! 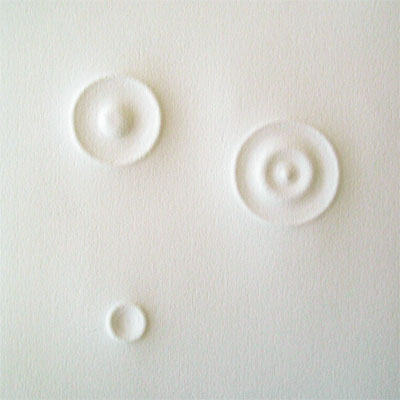