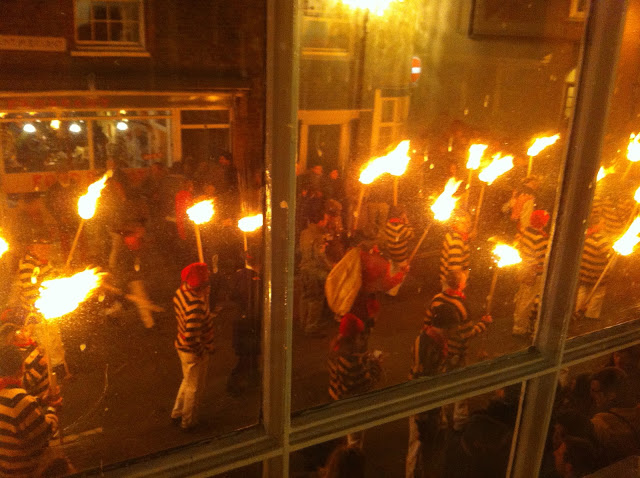 One of the many great things about living where I live in Lewes in the UK, is the annual Bonfire celebrations – the largest in Europe and, with its anarchic fervour, also the most fun. I don’t have to go out to see the giant processions though – it comes to me and processes in front of my house lighting it up with its fiery torches and wickedly exploding fireworks. 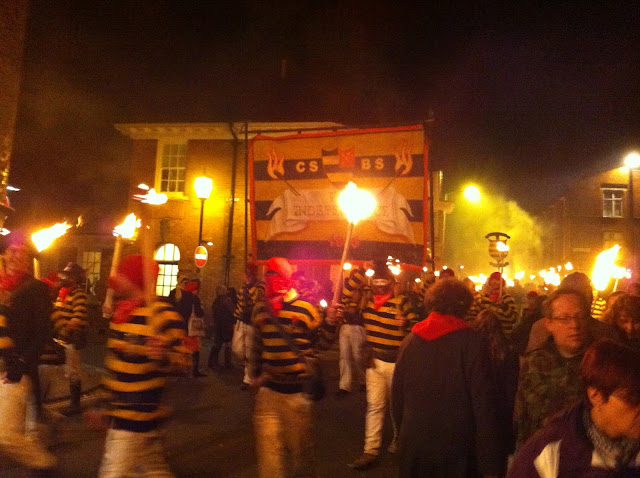 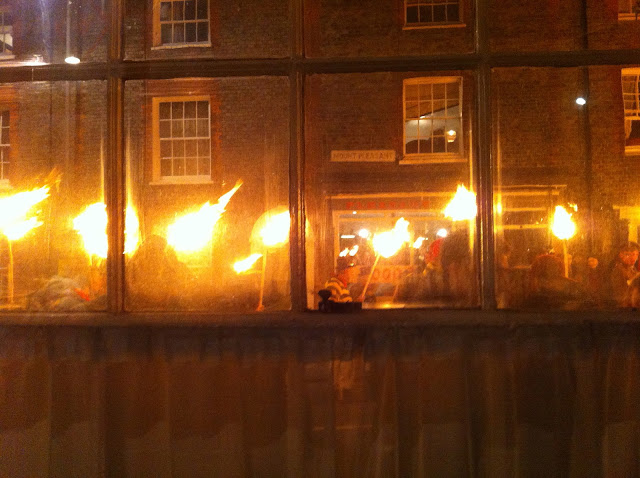 November the Fifth in Lewes isn’t anything like the wonderful Spring Festival in China that I visited a few years ago where the emphasis was on the magnificence of the fireworks and the spirit of celebrating the new season of rebirth. Lewes Bonfire is an anarchist celebration that defies police disapproval, do-gooders’ safety warnings and, best of all, authority figures of church and state. The marchers dress up  as smugglers and pioneers who have been repressed but remained defiant over the centuries. The Commercial Square Bonfire Society has recognised the suffering of Native Americans since 1855 and many of the marchers dress to remember them. 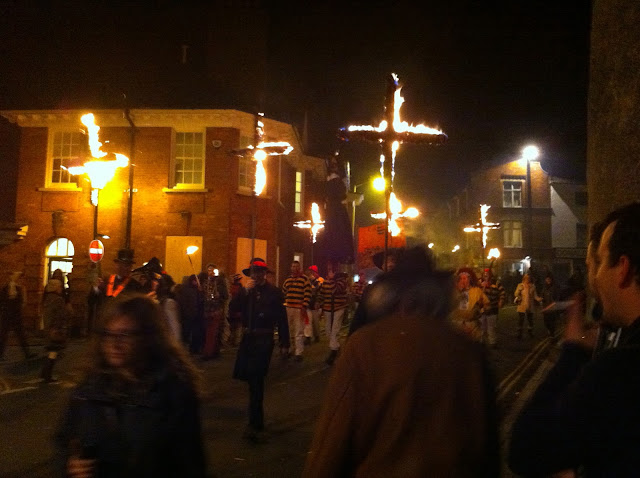 For years the police have tried to ban the fireworks from the streets but the Bonfire Societies continue to flaunt their warnings and, in the best possible way, p;rove to be unpoliceable. These days, the visible police presence is low and wise enough to let the event police itself. 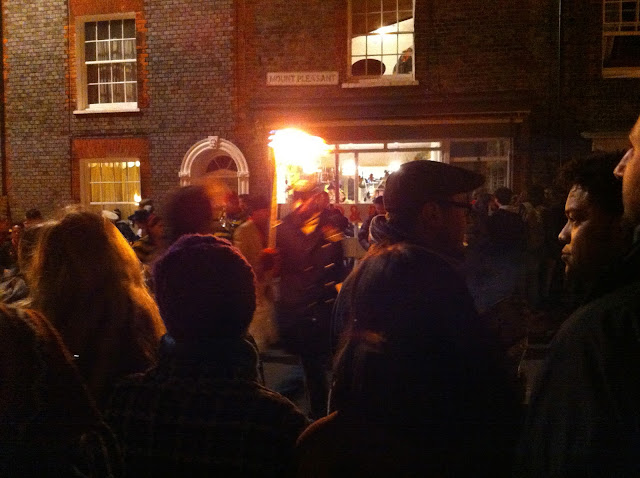 So here are some photographs of the event as it unfolded in front of my house – it was, as usual, terrific. Look out for those X Men – they had an honourable place here too. 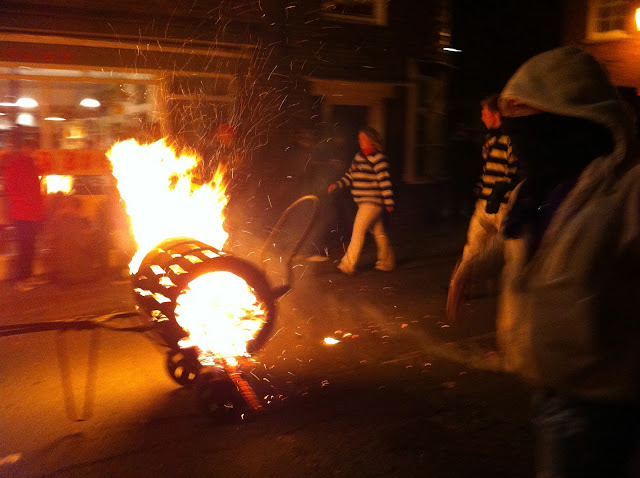 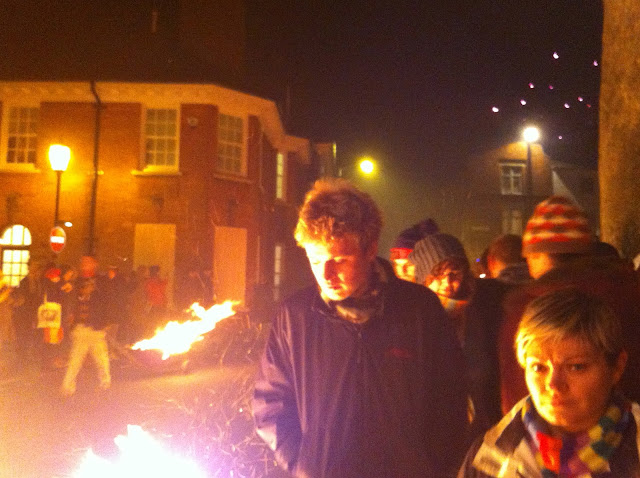 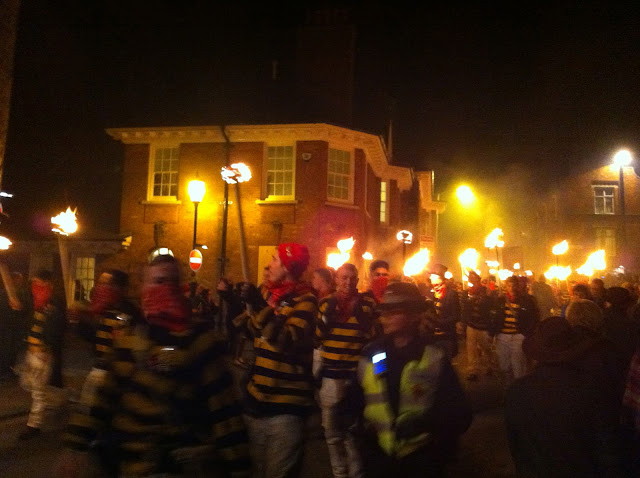 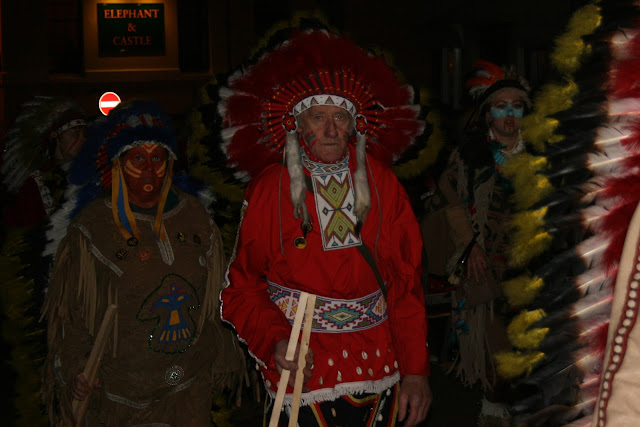 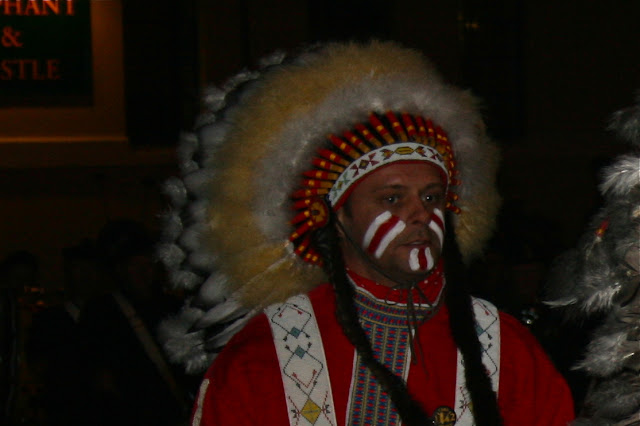 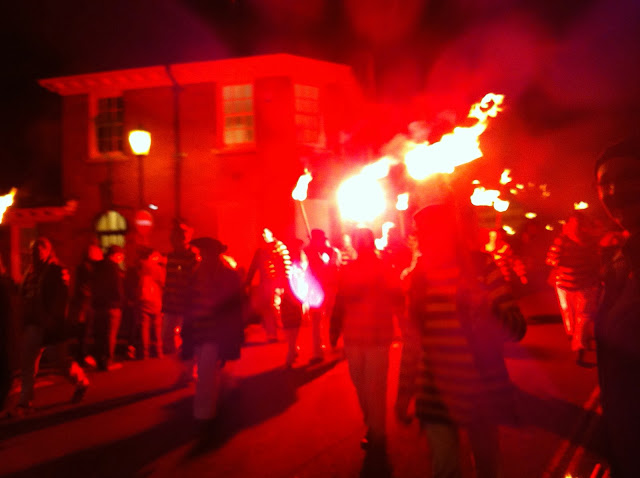 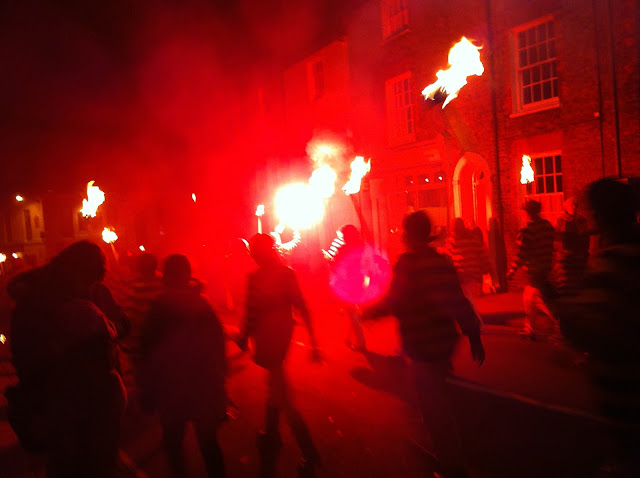 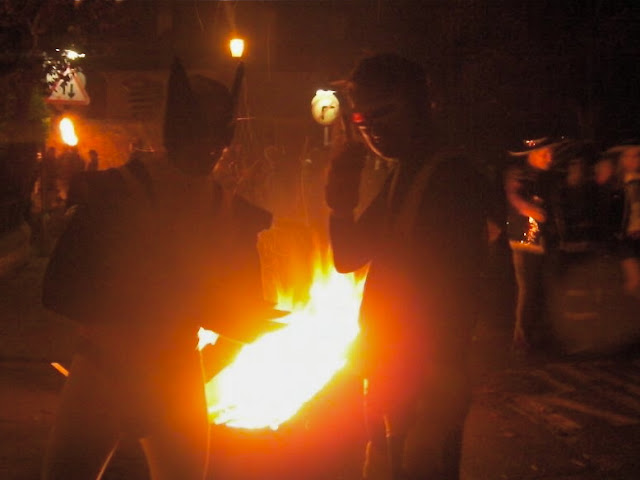 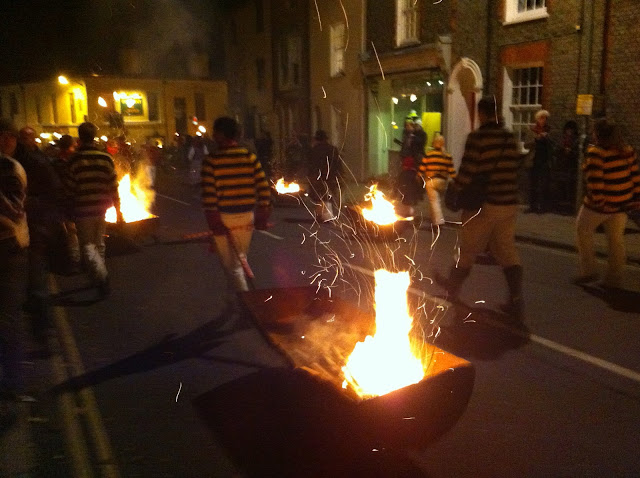 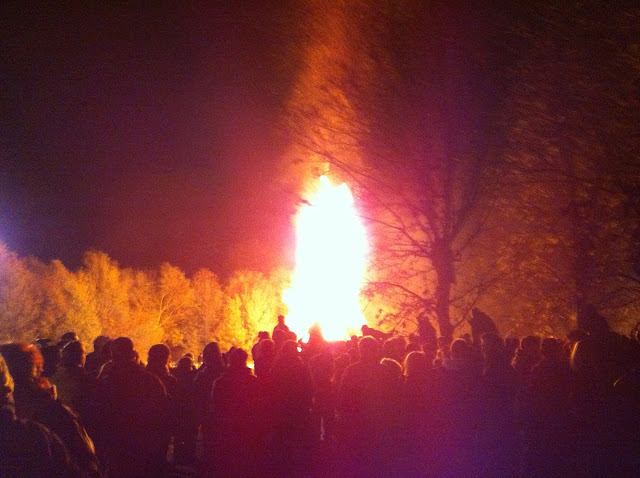 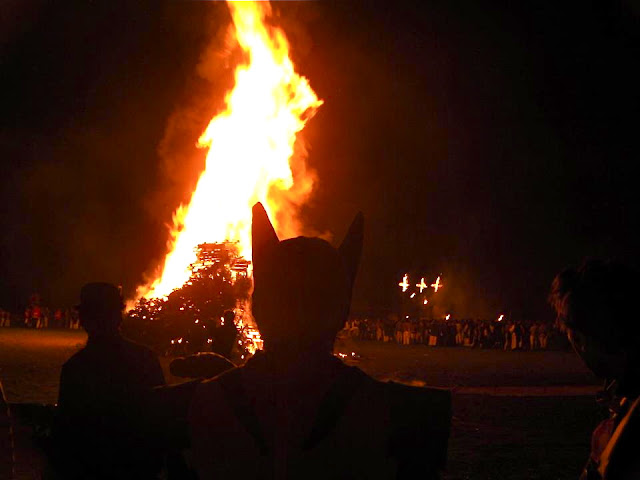 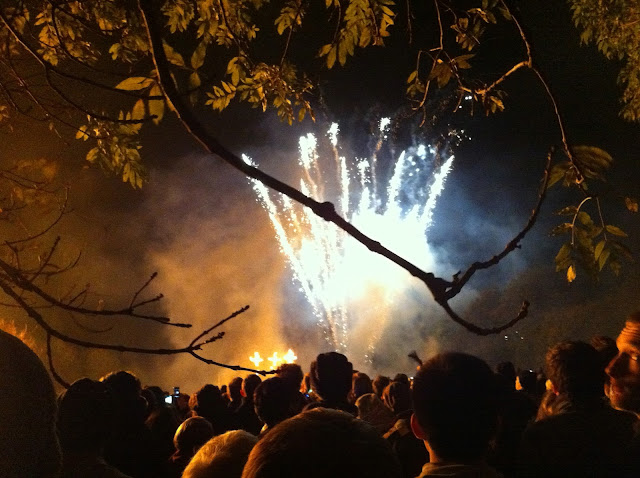 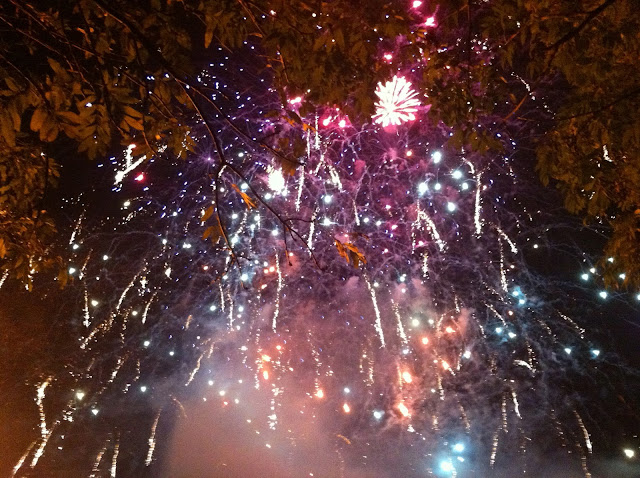 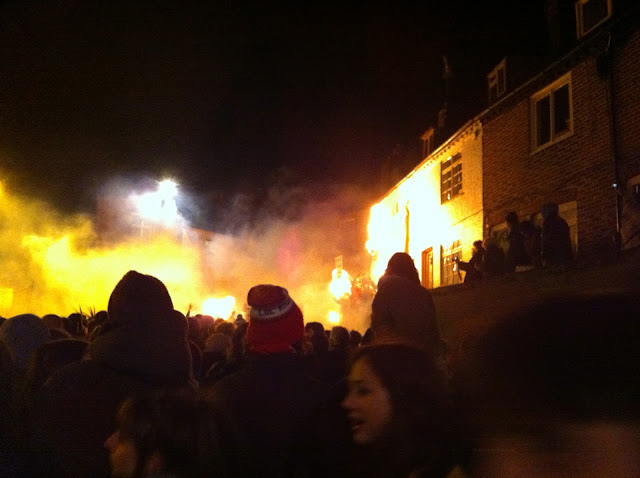 Next day, in true anarchist style, everything had been cleared up and you would never guess that chaos reigned here only hours ago. 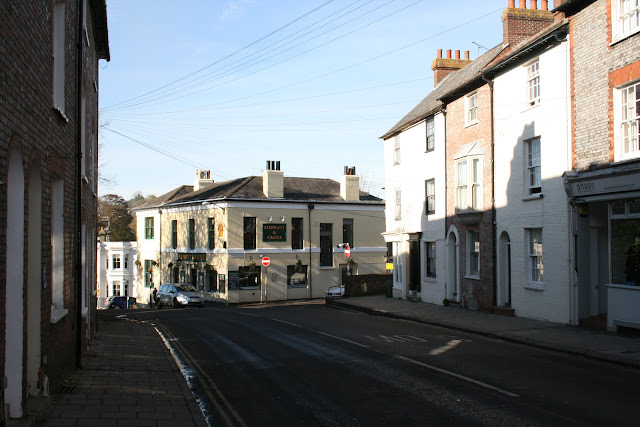 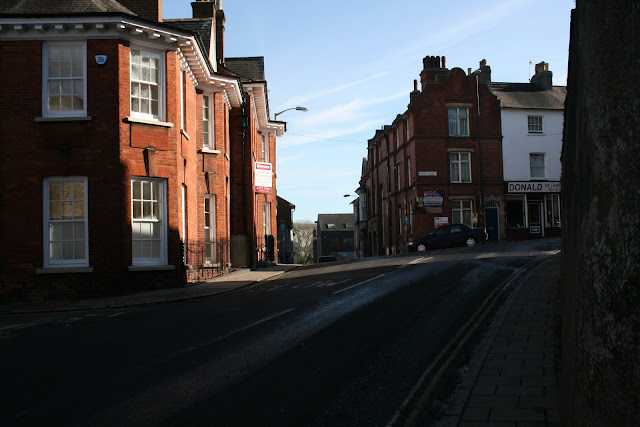