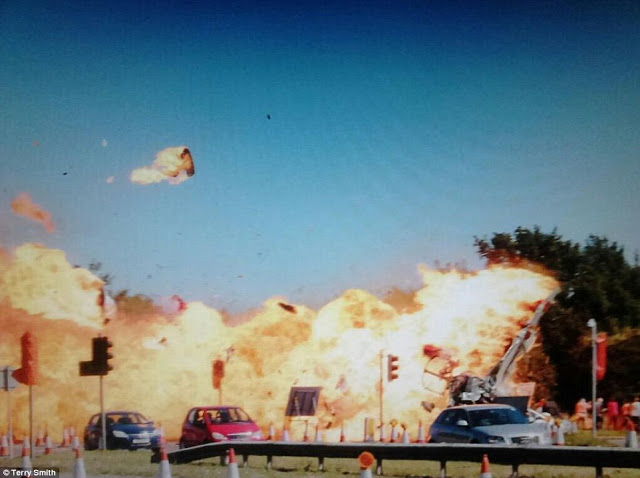 A lot of people here in Sussex feel shaken by the horrific air-crash on the A27 road at Shoreham yesterday. So far the police have confirmed seven deaths after a plane attempting a loop at the annual Shoreham Airshow crashed into Saturday afternoon traffic on the busy road between Brighton and Worthing. 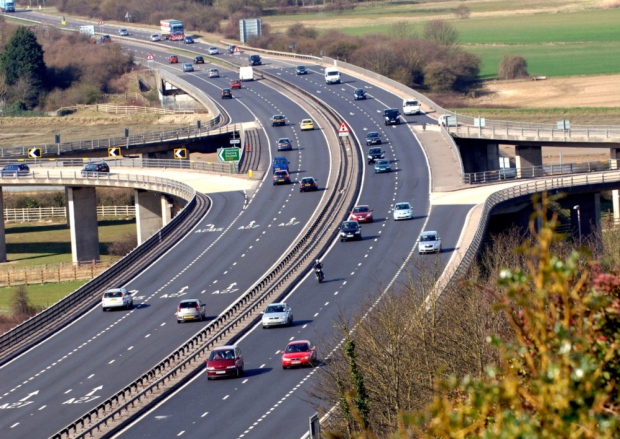 Horrible accidents happen every day all over the world but when they happen in such familiar surroundings, the reality of such things quite literally strikes home. This is the route I often take at weekends when driving from my home in Lewes to visit my mother in Worthing. I imagine that some of those killed yesterday were about just such a trip on a beautiful summer’s afternoon. 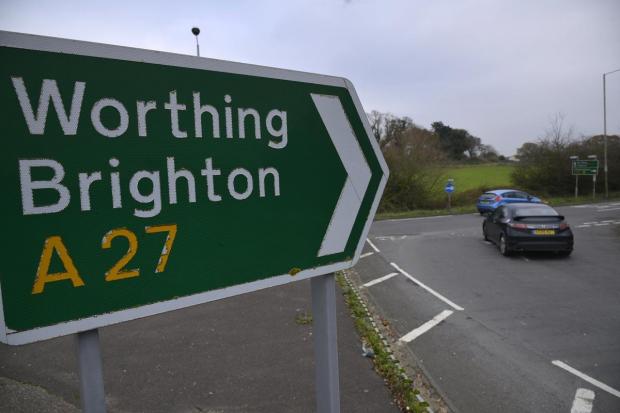 We decided not to go this weekend because of the expected traffic build up around the Shoreham Air Show where you can often see the planes flying over head as you drive past. Instead of driving into that accident, I was sitting in my garden at home. 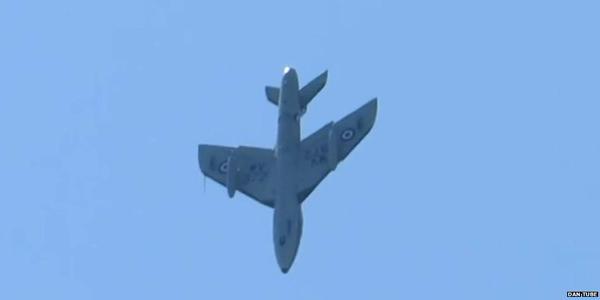 The pilot of a vintage Hawker Hunter was opening the afternoon session at the show with a loop which went very wrong ending with the plane coming too low and then struggling to avoid the trees lining the busy A27 road. 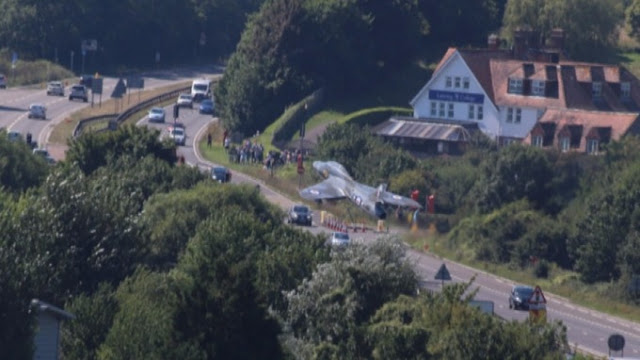 Former RAF pilot, Andy Hill, was seen at close quarters as he tried to gain height but he was now much too low. 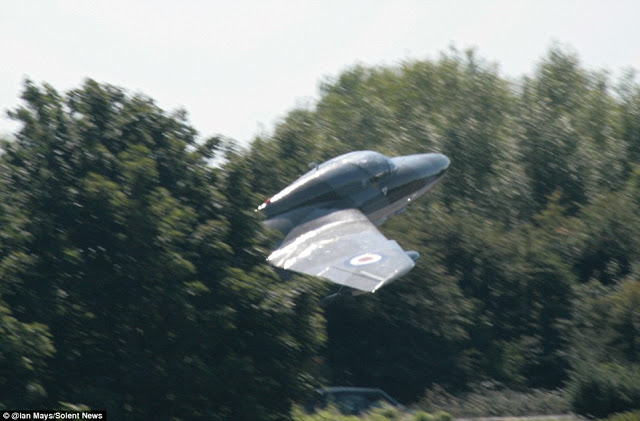 The plane crashed into the side of the road creating an enormous fireball which resulted in the multiple deaths on the road. Extraordinarily the pilot wasn’t killed and was rescued from the crash site and taken to hospital in Brighton where he is reported as being critically ill. The police say other bodies may still be found. 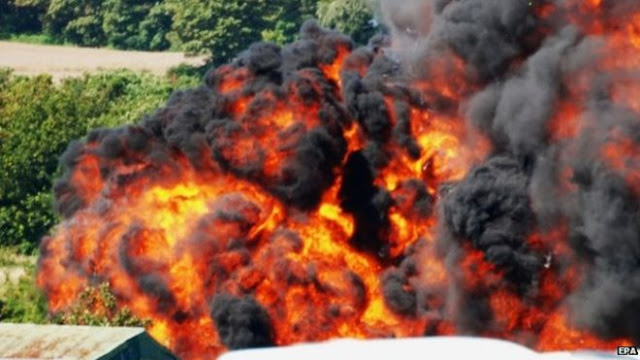 The whole event was watched by hundreds of spectators at the Shoreham Airfield and, of course, by hundreds more from their cars driving along the A27. 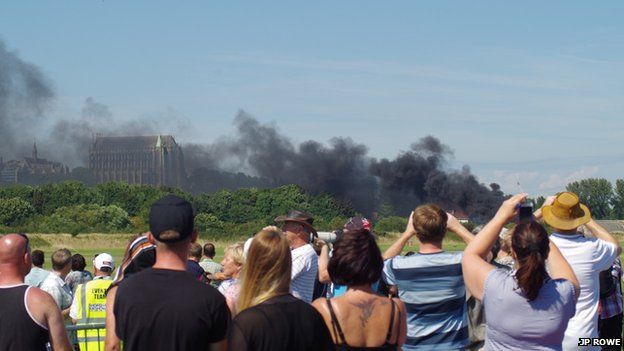 One of my sons rang telling me about this horrifying incident as he was worried that we mighty have been driving there at the time. He reminded me that when he was young I’d said we wouldn’t go to an airshow because I’d told him that they were too dangerous.  That may well have been over-cautious on my part but I do wonder about the wisdom of having risky aircraft gymnastics next to a busy major road 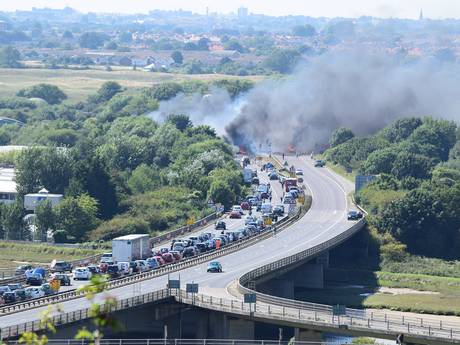 One eye-witness said that there could have been even more traffic in the area of impact if the traffic lights hadn’t just changed to red. 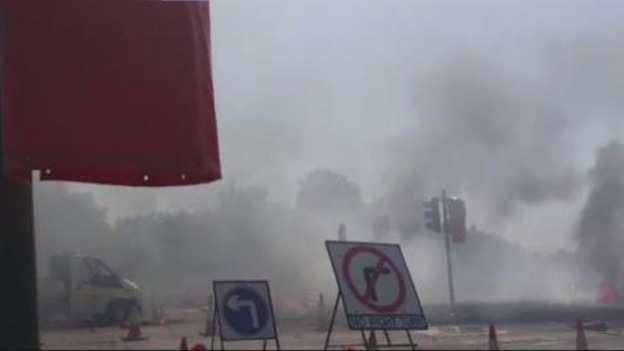 When the smoke cleared it became evident just how devastating the crash had been. 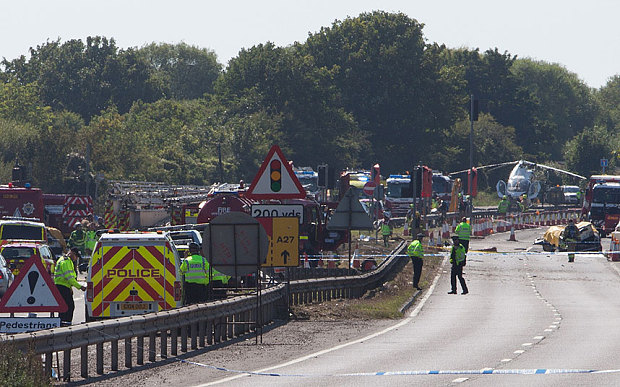 My sympathies are with those who have lost friends and family and for all those who were injured or shocked by this terrible event. Hopefully, action will be taken to prevent similar incidents here in the future. I know that I’m not alone today feeling lucky but also oddly guilty about not making that journey yesterday. 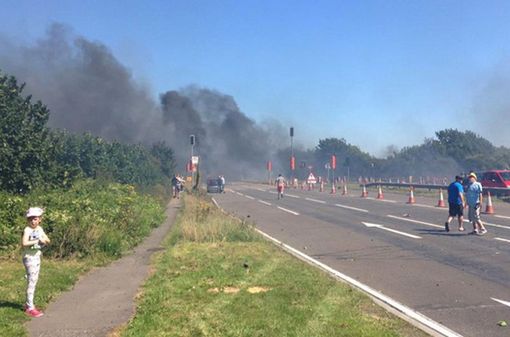