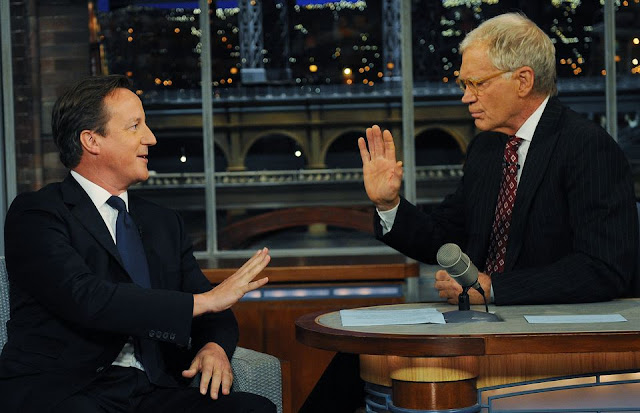 I’ve only just caught up with the entertainment show that rocked the World – it did didn’t it? I was washing my hair when it was transmitted the other day. So our guileless, hapless, and, yes, let’s be honest here, hopeless Prime Minister, David Cameron was in the States this week and was persuaded to appear on the David Letterman Show where he showed some three million Americans, if they weren’t taking a comfort break, that he is a charming, slightly dull, rather awkward man with surprizing gaps in his much mentioned posh education at Eton College and Oxford University. What was he doing in Oxford all that time when he was studying history? Well he’s got a touch of the Champagne Charlie about him it seems.

David Letterman, tongue firmly in cheek, asked him who wrote his entrance music, a rather glitzey rendition of Rule Britannia, one of Britain’s unofficial national anthems. Cameron looked confused, embarrassed and thrown. He didn’t know and stumbled, when forced, guessed that it was Edward Elgar – probably the only English composer he knew. He hadn’t head of the poet James Thomson either who wrote the words. He went on to show that his latin wasn’t up to much either when he couldn’t even take a guess at the translation of Magna Carta (the Great Charter).

Well, this blog makes no claim to be more educational that Eton and Oxford and, I’m sorry David, there’s no champagne on tap, but here are the answers to those questions. 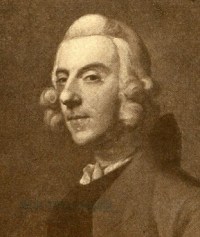 Thomas Arne was probably the most famous English composer of the 18th Century – he wrote the music for Rule Britannia for a musical masque called Alfred (1740) as an entertainment for the then Prince of Wales who, as a German prince and heir to the British throne, needed a bit of PR so the piece made flattering comparison between the Prince and English hero Alfred the Great. The song, Rule Britannia was an instant hit and went on to be the main attraction when the entertainment was made into a three act opera also called Alfred (1753).

The music is uplifting, catchy, especially in its lightly orchestrated original version, delightful. It has become rather laden by pomposity and bombast in its modern rearrangements as military band music or the infamously patriotic sing-a-long at the Last Night Of the Proms. As a patriotic song, the original lyrics, are more to do with celebrating independence and freedom from tyranny than you would guess from that ruling the waves line. In 1740, of course, Britain did rule the waves so it was merely a statement of fact that we should remember as such now that, as a country, Britain, thankfully, doesn’t have any pretensions to rule anywhere beyond its own sandy beaches. Here are James Thomson’s words and lower down you can hear the “proper” version of the original song.

When Britain first, at Heaven’s command,
Arose from out the azure main;
This was the charter of the land,
And guardian angels sung this strain:
“Rule, Britannia, rule the waves;
Britons never will be slaves.”

The nations, not so blest as thee,
Must, in their turns, to tyrants fall:
While thou shalt flourish great and free,
The dread and envy of them all.
“Rule, Britannia, rule the waves;
Britons never will be slaves.”

Still more majestic shalt thou rise,
More dreadful, from each foreign stroke:
As the loud blast that tears the skies,
Serves but to root thy native oak.
“Rule, Britannia, rule the waves;
Britons never will be slaves.”

Thee haughty tyrants ne’er shall tame:
All their attempts to bend thee down,
Will but arouse thy generous flame;
But work their woe, and thy renown.
“Rule, Britannia, rule the waves;
Britons never will be slaves.”

To thee belongs the rural reign;
Thy cities shall with commerce shine:
All thine shall be the subject main,
And every shore it circles thine.
“Rule, Britannia, rule the waves;
Britons never will be slaves.”

The Muses, still with freedom found,
Shall to thy happy coast repair:
Blest isle! with matchless beauty crown’d,
And manly hearts to guard the fair.
“Rule, Britannia, rule the waves;
Britons never will be slaves.” 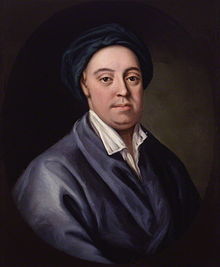 The Scottish poet James Thomson, whom David Cameron has also never heard of, was one of Britain’s most celebrated poets in the 18th Century, he was most famous for his epic poem The Seasons which, in a German translation, became the text for Austrian composer Joseph Haydn’s final masterpiece of the same name and first performed in 1801.

As we have just entered into the season of Autumn, here is an extract from that section of the work showing that Thomson was really a gentle romantic poet rather than the political propagandist that gave Rule Britannia its fizz.

When the bright Virgin gives the beauteous days,
And Libra weighs in equal scales the year;
From Heaven’s high cope the fierce effulgence shook
Of parting Summer, a serener blue,
With golden light enliven’d, wide invests
The happy world. Attemper’d suns arise,
Sweet-beam’d, and shedding oft through lucid clouds
A pleasing calm; while broad, and brown, below
Extensive harvests hang the heavy head.
Rich, silent, deep, they stand; for not a gale
Rolls its light billows o’er the bending plain:
A calm of plenty! till the ruffled air
Falls from its poise, and gives the breeze to blow.
Rent is the fleecy mantle of the sky;
The clouds fly different; and the sudden sun
By fits effulgent gilds the illumined field,
And black by fits the shadows sweep along.
A gaily chequer’d heart-expanding view,
Far as the circling eye can shoot around,
Unbounded tossing in a flood of corn.

Here then is Rule Britannia in its original arrangement performed by The Parley Of Instruments conducted by Peter Holman with soprano Catherine Bott and tenor Joseph Cornwell.

If you missed it, here is the British prime minister showing his ignorance:

To expand Mr Cameron’s knowledge of Thomas Arne and to show that Arne wrote a great deal more than just Rule Britannia, here another great Englishman, I suspect Cameron hasn’t heard of him either,  the late George Malcolm playing Arne’s Harpsichord Sonata No. 1 in F. No patriotic bombast here at all: