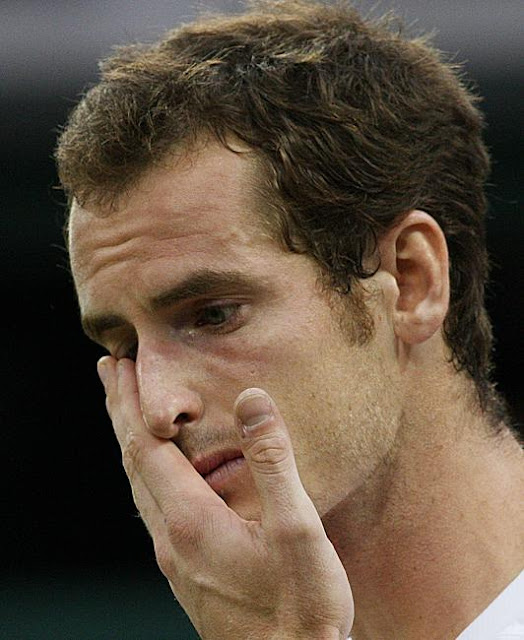 It’s sad to be the loser but it was good to see Andy Murray react so openly and honestly to his defeat when he lost the Wimbledon Gentlemen’s Final yesterday in heroic style. Gone are the bad old days of the stiff upper lip and repressed emotions. That was one of the great things about yesterday’s Wimbledon finale, often a ruthlessly exposing test of human skill, resilience, physical prowess and vulnerability. Those tears were as important as the whoops of triumph.

The first two sets were genuinely exciting for anyone who wanted the sometimes abrasive Scotsman to take Britain back into the winning mode in this frustratingly fascinating game after getting on for a hundred years of failure in the men’s game and with only the South African born (and sounding) Virginia Wade winning for Britain in that time. With all that talk about Scottish independence, England needs to find someone else if they want Wimbledon, that most English of sporting events, not to become just the place where the English do the catering and the PR hype.

I was as absorbed as anyone in the opening two sets when it actually looked as if Andy Murray, the 4th seed, was in with a chance when two of tennis’ currently greatest players were knocked out of the tournament and the other finalist, the well below form, Roger Federer appeared to be struggling until with a few genius flicks of the wrist he turned round the second set in the three last shots. There was, undeniably, a dramatic and tense game in the third set that lasted over 20 minutes with so many deuces and breakpoints that I lost count but there was never any question that Federer was the better player. Federer won that game, as we now know and went on to win almost everything else in the match reminding us that he is a genius at the game. 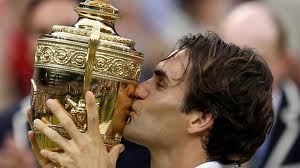 I heard all the talk about Britain winning Wimbledon and history being made and all the other tosh – remembering the rubbish talked recently about the English team in the European football Championships too – but I regret our nationalism at these times. The Wimbledon final was a game between a very charming Swiss genius and an interestingly temperamental and hugely talented Scot but it ended with the greater player winning. I don’t see why I should feel any better or worse about being British after watching it.

We are not out of the sporting nationalist hysteria mood quite yet though remember. In a couple of weeks London will be hosting the Olympic Games and the media will be going wild about British chances all over again. I don’t want to be a party pooper (well, actually I don’t mind if I am) but we should just enjoy these events for what they are – a contest between athletically gifted individuals or teams of individuals – regardless of their nationalities.

It was appropriately honest of Roger Federer to deflate the BBC’s gushing interviewer who was enthusing about the publicity and the media stories building up the Andy Murray challenge. “I don’t read the newspapers,” he said with a smile. I tried to avoid the media’s Murray hype too but I wish him well in the future whatever his nationality.