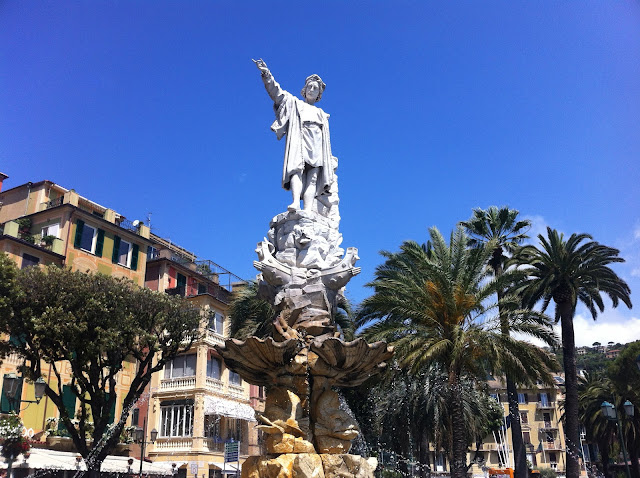 Christopher Columbus, Liguria’s most famous son, points West to the land that he stumbled upon and that we know as the United States Of America. He is standing on a plinth on the seafront at Santa Margaretha Ligure down the coast from Italy’s biggest port and Christopher’s birthplace, Genoa. This is a seafaring region and Genoa has had in moment of glory as one of the great maritime powers.the sea for Columbus was an epic force to be challenged and conquered. For me though the sea means going for a swim, a leisurely one at that, and then, maybe lying in the sun for a bit to recover. 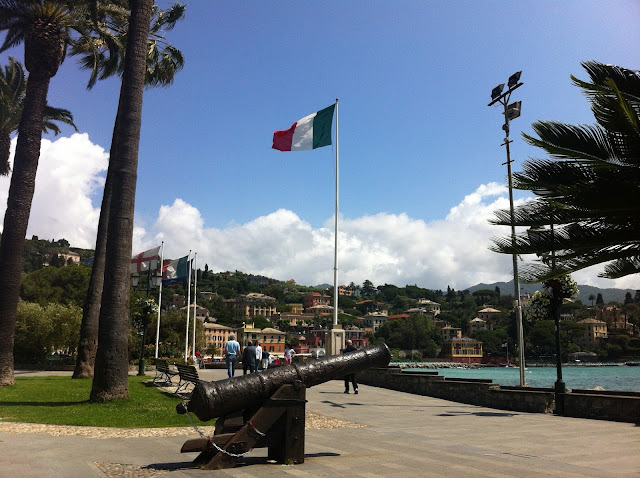 There’s an old cannon on the seafront too but, hey, I was in no mood for fighting, I was on holiday in Italy’s Liguria region over the last two weeks and I was determined to put thoughts of Europe’s current problems as far to the back of my mind as was possible and to enjoy its many positive and richly varied qualities. For the moment, I put away my ammunition and relaxed here enjoying my first visit to the Italian Riviera. 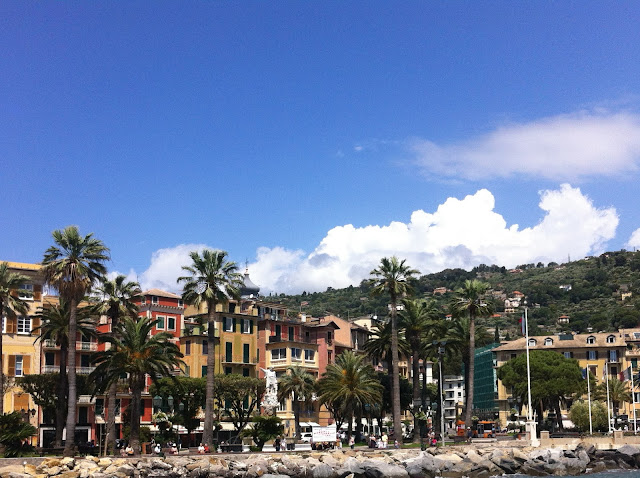 Santa Margaretha Ligure is a seaside town sitting in tranquil mode between the Mediterannean Sea and the foothills of the Alps and the Apennines. It is a special place – enjoyed since at least the 19th Century by Northern Europeans in need of some time in a decent climate surrounded by beauty. I feel a common bond with those ancestors. 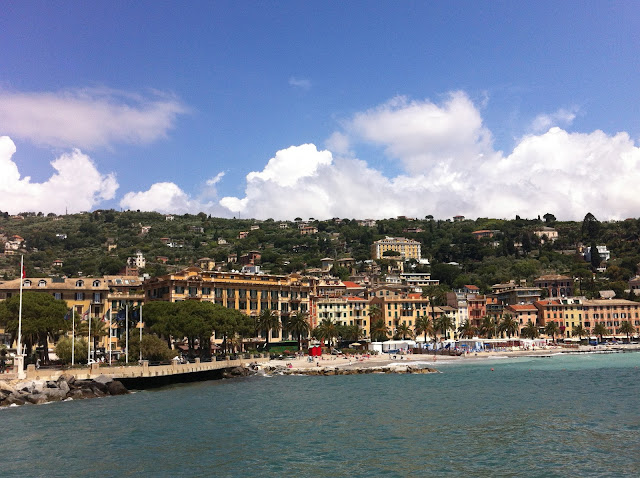 The grand hotels that line the promenade talk of those days but they can also swank about their relationship with some of the most glamourous international celebrities of the early and later 20th Century. Walking down to the beach, I was treading in as many famous footprints as decorate Hollywood Boulevard. I really did have a drink in the bar where Richard Burton entertained Elizabeth Taylor. 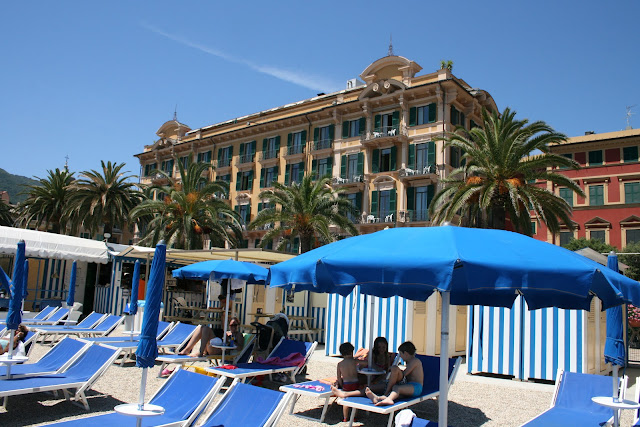 Beach holidays are a relatively new thing for me, an Englishman with vampiric pigmentation but I am learning to cope with all that sun and I’m pleased to discover another use for umbrellas other than sheltering from the rain. So, quite often in those two weeks, I headed down to a private beach, the charmingly run Baigni Vicini, in what would have been the shadow of the plushly Edwardian Hotel di Lido but there weren’t many shadows where I was – just sunshine. 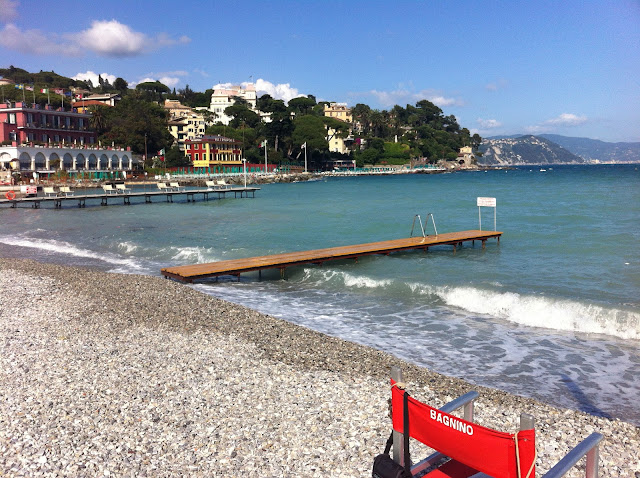 Amongst its many delights and specially redolent of pleasure to us Northern Europeans, is the Mediterranean itself. It didn’t lose any of its charm for me even if there are a few more jelly fish out there these days since we started to over-fish their predators. Luckily for me, the usual occupant of that Bagnino chair, the ever vigilant salvataggio, life-guard, shouted scaring the life out of me, telling me to come out of the water twice within minutes, the only time I heard him shout all the time I was there. He repeatedly shouted to me, the only one in the sea: “No, signor!” He then fished out a football sized jelly fish. The rest of the beach’s occupants thought I had a special attraction for jelly fish. I felt a fool but I now have real admiration for that Signor Salvataggio. I then went back to my occasional and very pleasant swim between those two jetties and I never got stung or heard of anyone else getting hurt either. 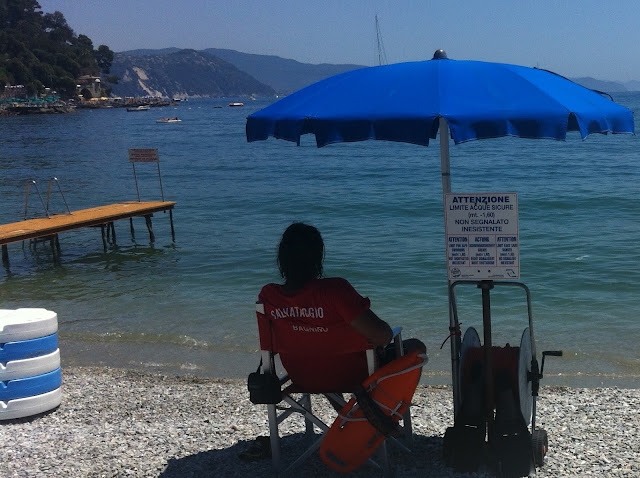 Soon everything was tranquil again and I slunk away for a little lie down. 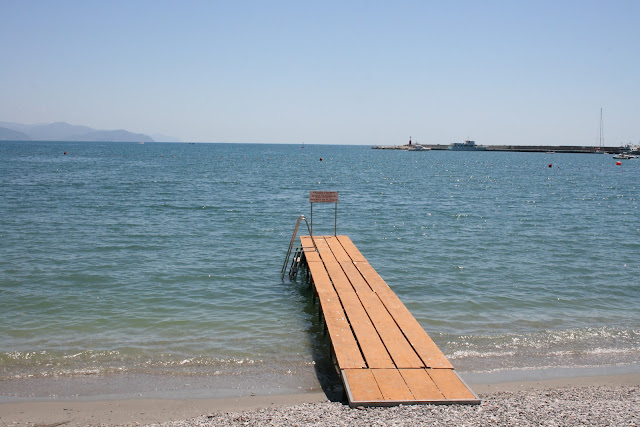 Mostly the sea was just something to watch from the shelter of my umbrella-covered sun-bed where I lay, shamefully, for hours doing not very much. I’m amazed it took me so long to discover the pleasure of extreme languor. 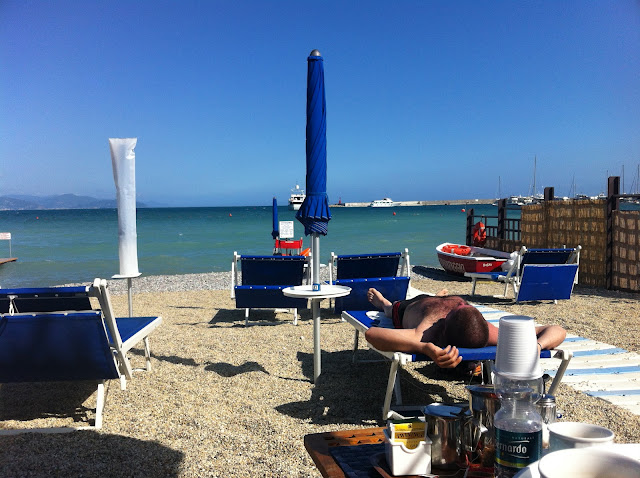 The temperature was often up around 31 degrees Celsius (87.8 degrees Fahrenheit) and the sky was as blue as the sea was green. There was always some relief though brought on a tray from the beach-bar. 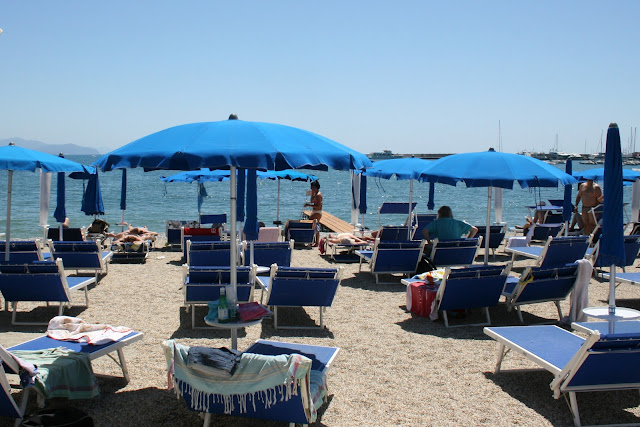 I was not the only one enjoying the idle pleasures of the perfect weather but I gradually retreated into my own world fed by my reading of some of the books on my Kindle reading machine until the strain sent me back into one of those wonderful mid-afternoon sun-induced snoozes. 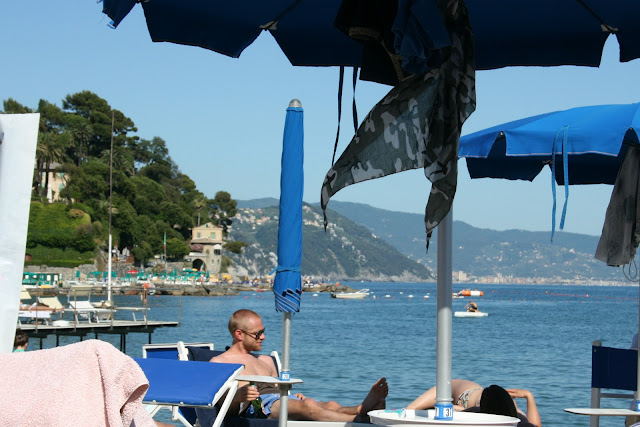 I also skimmed my Kindle for the daily editions of The Times (of London) and The New York Times (of New York) just to stay in touch but, shamefully again, it all seemed so very far away and, for the moment at least, irrelevant. 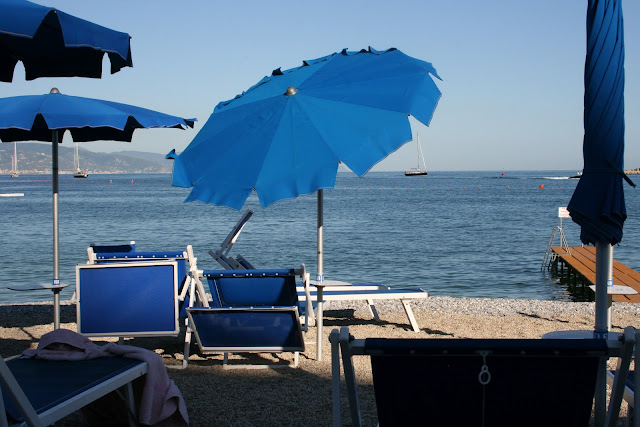 Sometimes, I put down the reading material and just gazed into space and at other times I dug out my iPod and listened to my current musical discovery, the wonderfully lush and highly romantic music Leo Delibes (1836-1891) wrote for his ballet Sylvia (1876). He didn’t have the sea in mind when he wrote this piece about the Moon Goddess’ Diana’s love-challenged nymph, Sylvia but for me this music will now always speak to me of the Italian Riviera. 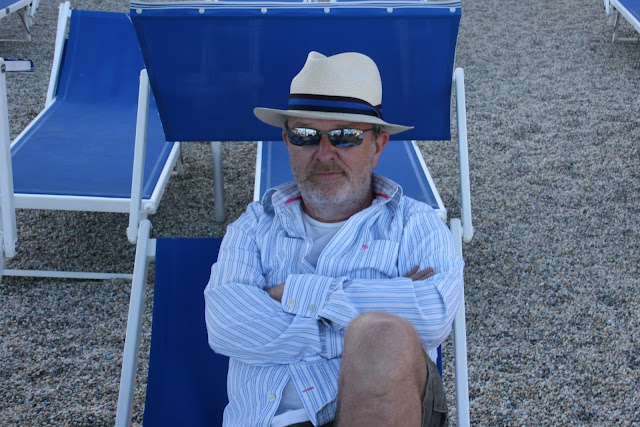 Have a listen and hopefully, you too can share some of the pleasure that it brought to me there lying in the sun looking out to sea thinking, sometimes about Sylvia and her shepherd lover but at other times thinking of not very much at all.