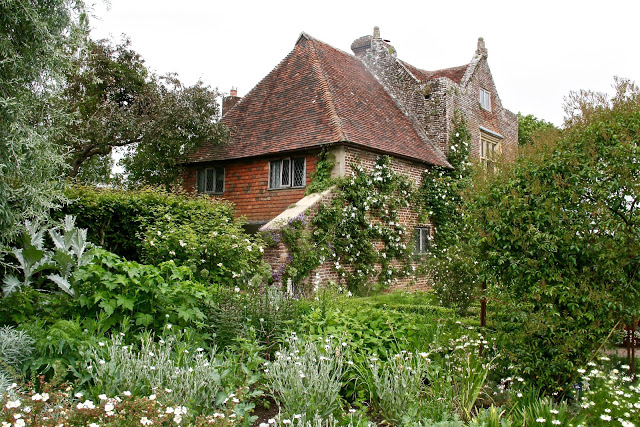 I’m writing about gardens this week excited that our delayed English June has finally got into gear in my own garden in Lewes, UK, but mostly because I’ve been inspired by a visit to the great gardens at Sissinghurst, an hour’s drive from here. Sissinghurst Castle Gardens were designed by the novelist, poet and gardening writer, Vita Sackville-West (1892 – 1962) and her husband the writer and diplomat Harold Nicolson who was mostly responsible for the architectural drawings and layouts of the individual plots. Their most famous creation is the White Garden at Sissinghurst which has been emulated throughout the world since they built it in 1950 when it was converted from their 1931 white and pink rose garden. 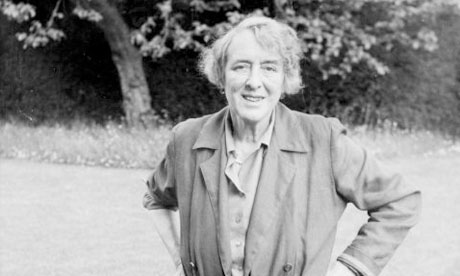 Vita Sackville-West (1892 – 1962)
Vita Sackville-West is now remembered above all for her idea that a garden should be a series of rooms each planted with a particular colour scheme. She was, in her turn, inspired by perhaps the greatest and most influential English garden designer, Gertrude Jekyll (1843 – 1932) who pioneered the idea of colour themes in mass plantings. 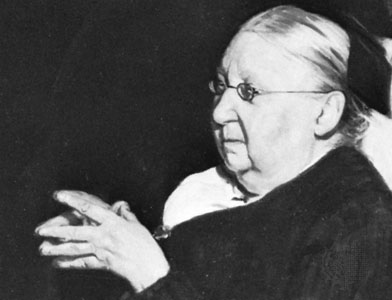 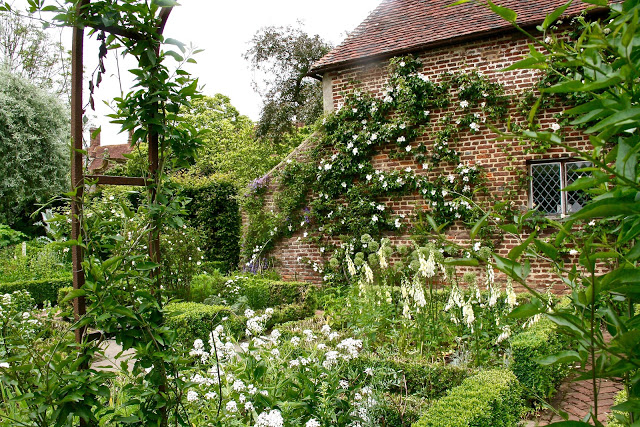 Vita Sackville-West’s White Garden was always not just white but a mix of white, grey and green. We often forget to comment about the foliage of many flowering plants ignoring how important it is  to the over-all impression. 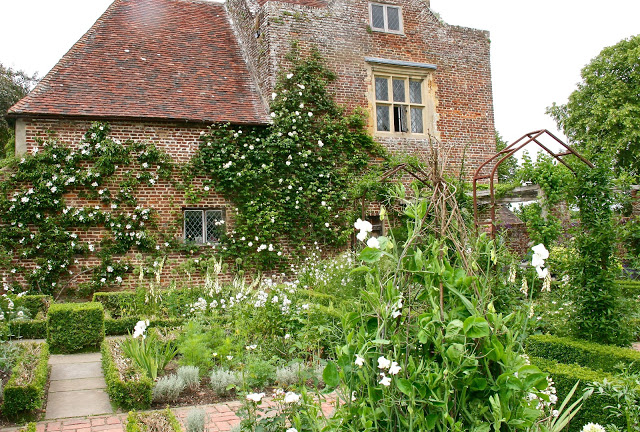 Vita said that she also believed in exaggeration in her plantings – it was all about big groups in big masses. Again inspired by Jekyll, she emphasised that gardens shouldn’t be too tidy and that self-seeding plants should be allowed to grow where they fall – well as much as possible. The look is controlled chaos which is much more difficult to achieve than it looks. 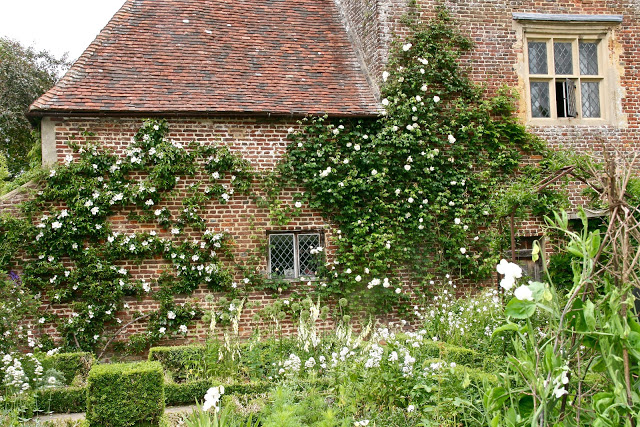 The gardeners here at Sissinghurst have carried on her instructions by letting the garden change and grow while continuing to reflect Vita’s original ideas. 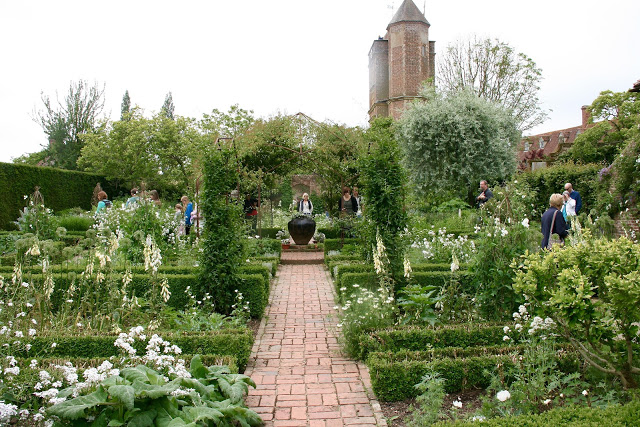 The result, especially in the White Garden has caught the imaginations of generations of gardeners who flock here every year seeking inspiration. As you can see below, this little garden is a veritable encyclopaedia of just how many options we all have if we too decided to plant white. 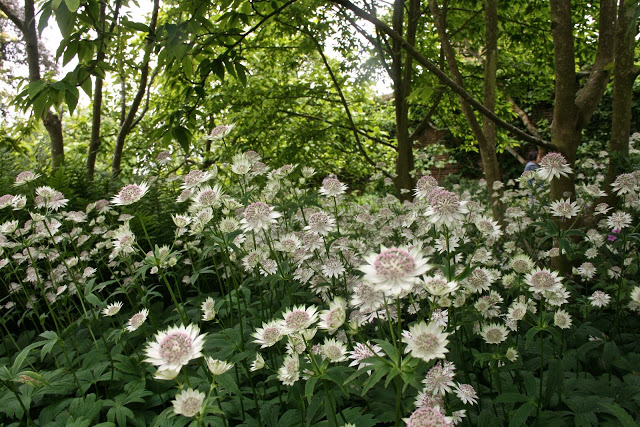 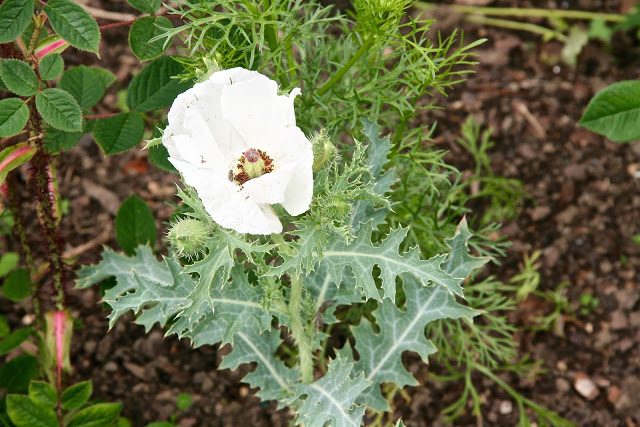 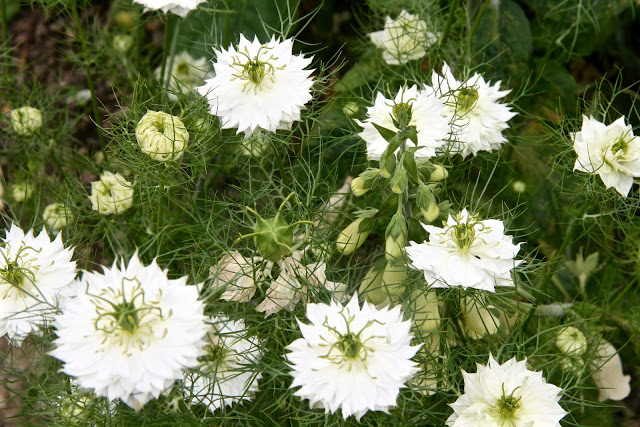 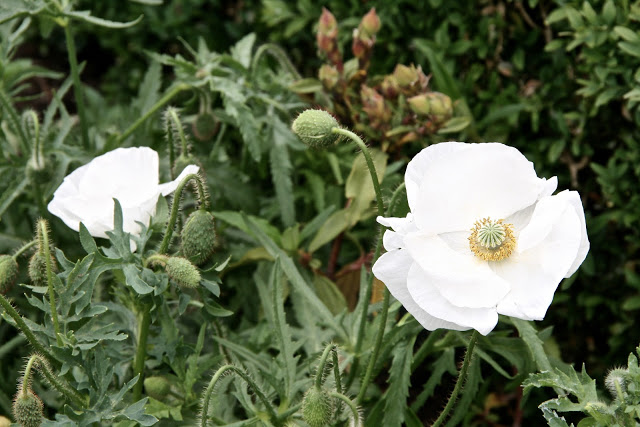 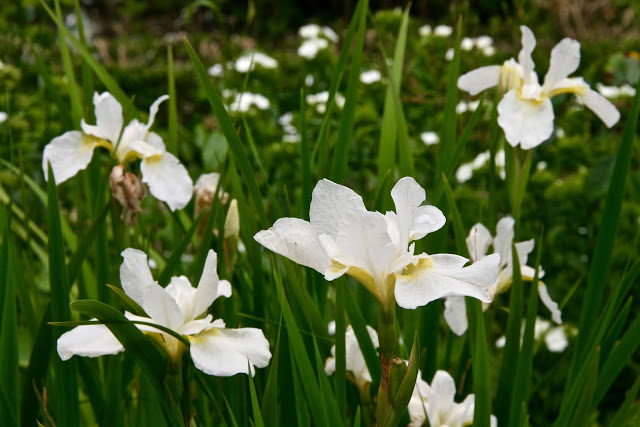 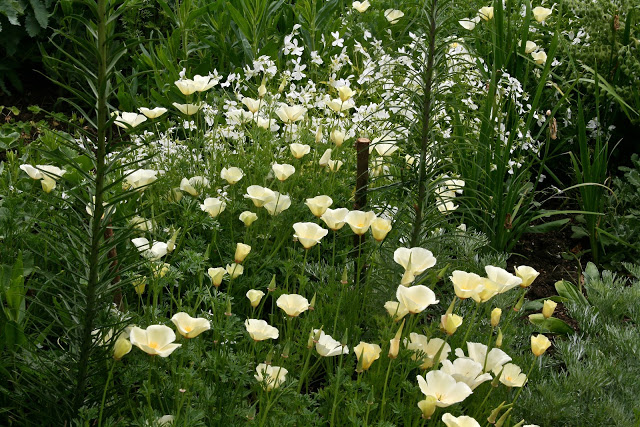 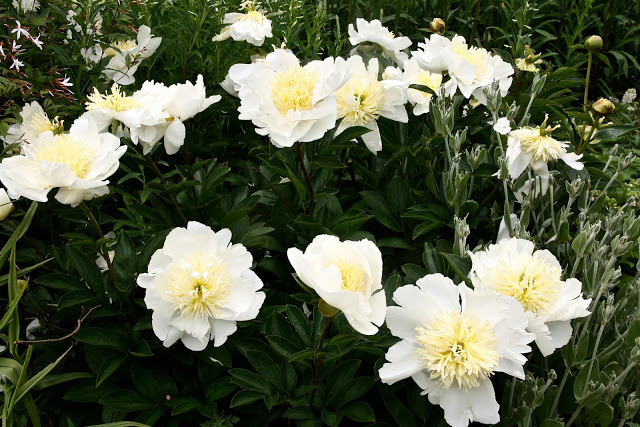 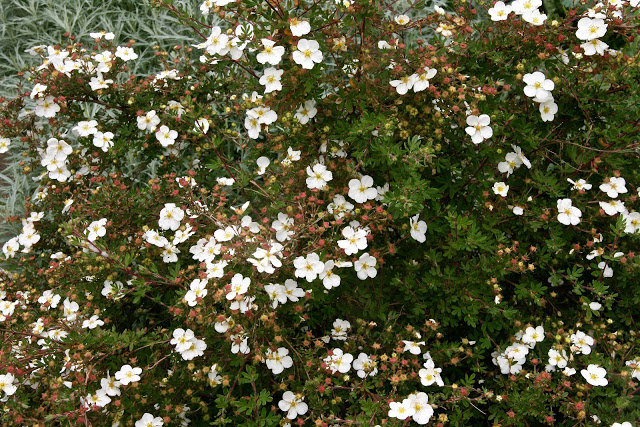 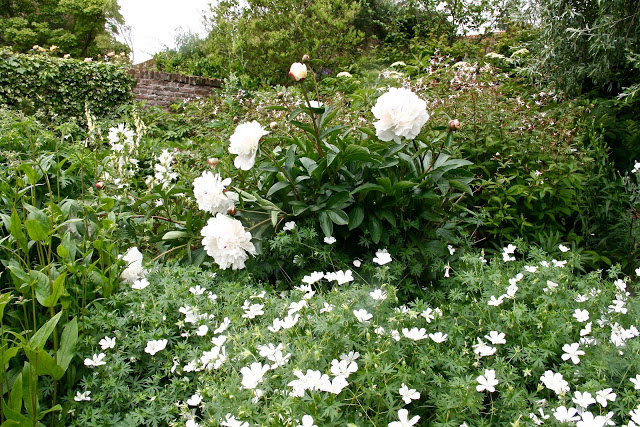 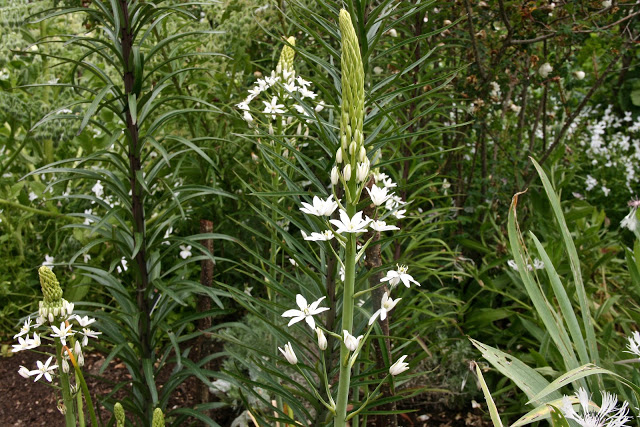 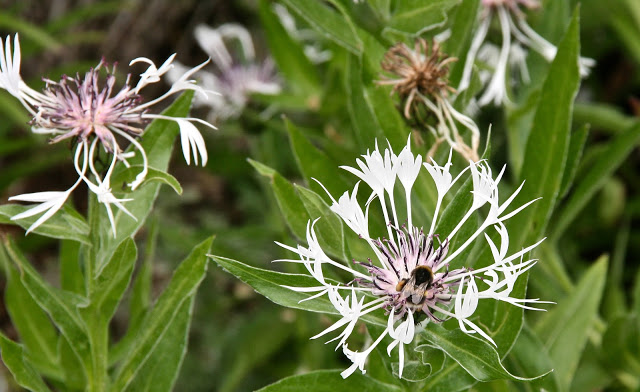 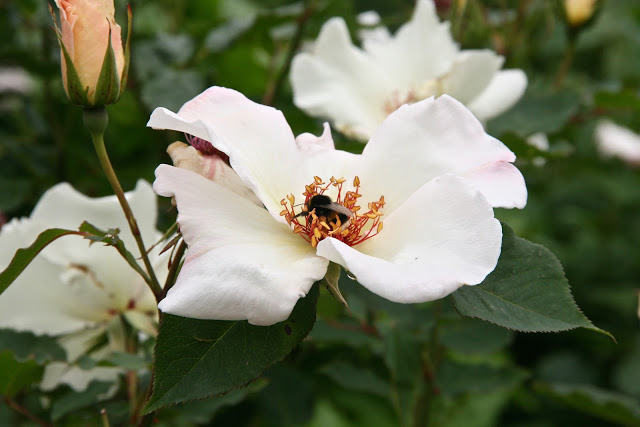 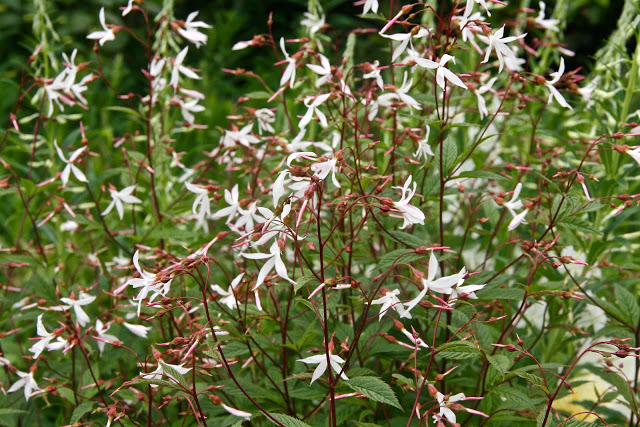 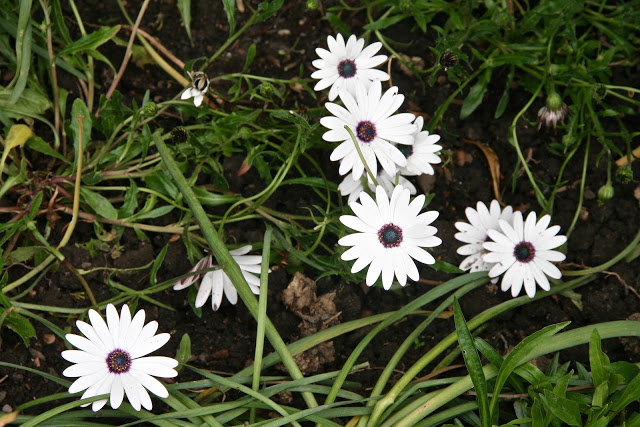 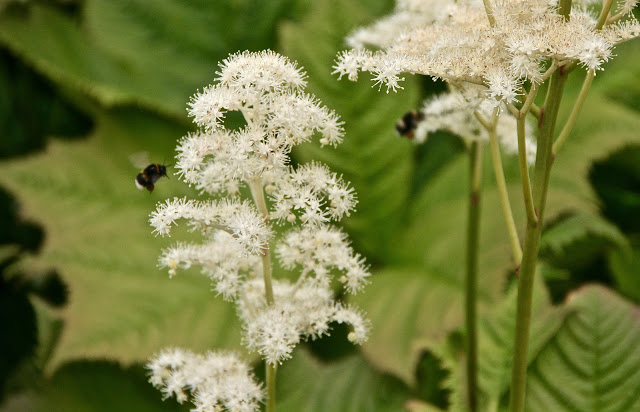 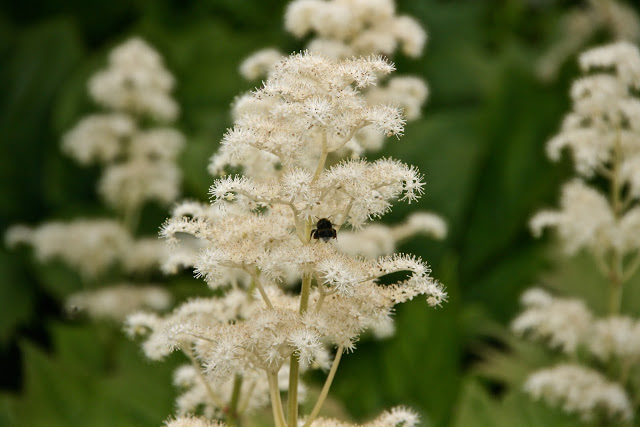 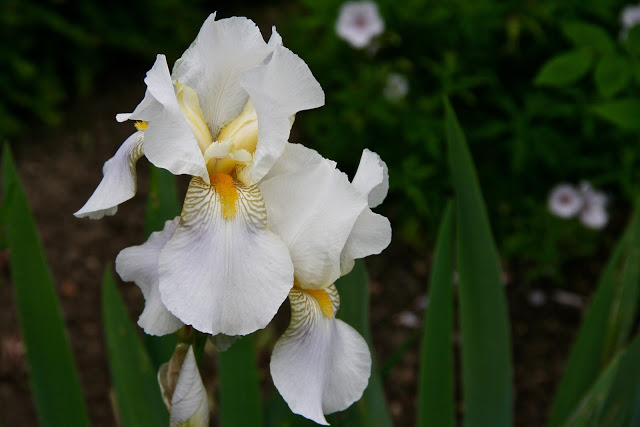