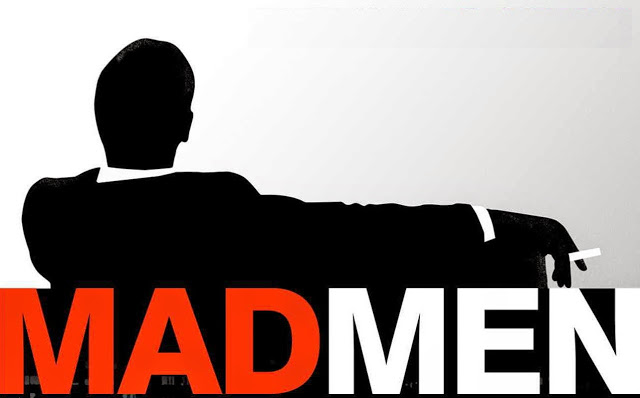 I’ve just watched the final episode of Mad Men that wonderful American drama series about a Madison Avenue advertising company during the 1960s. It is the latest in a series of brilliantly inventive and original American dramas that have ended leaving me, at least, feeling bereaved. It’s not as if our televisions are over-flowing with originality these days so Mad Men has to be cherished and we need to hope for some successors of equal worth. 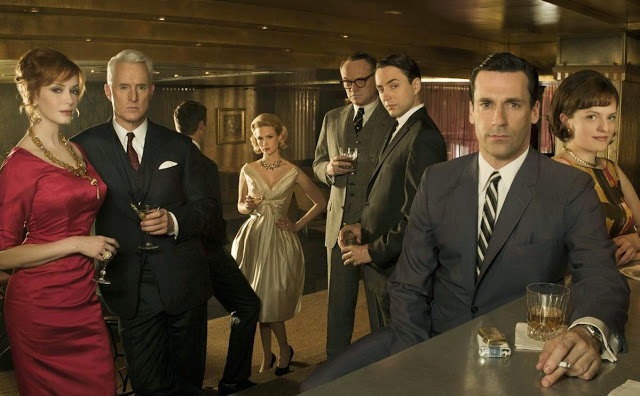 There were so many things that I loved about all seven seasons that added up to this series which had the complexity and space of a novel. Since 2007, I have been gripped by the lives of these less than saintly people who somehow get under your skin even when you want to reject their values or lack of them. Placing the drama in 1960s New York almost single-handedly brought back a vogue in 1960s fashion, nothing wrong with that, but it also put the characters’ dramas into the recent past and offered up the possible stories of people who are now old or dead today. This gave an added pathos to the gradual unravelling of their problems as the decade came to its less than inspiring end. I’m sure some of those who were “there” in the ’60s will nit-pick about some of the details but Mad Men, like any great work of period fiction, will stand as commentary on the many conflicts of values and cultures that made up that most exciting time but, more than that, it will be remembered for the complexities and quirkiness of its characters. Now that the series is over, I will take these people with me and think of them, and their various fates, often. 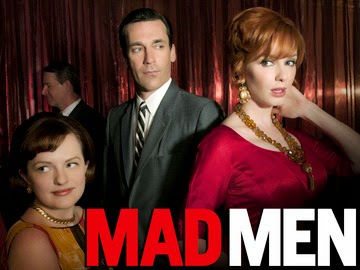 In that highly sexist period, the so-called liberated ’60s, it was tough being a woman and even tougher being a woman who wanted her share of the sumptuous cake that was on offer to men at that time. Mad Men, in spite of its title, was not just about the central character, Don Draper (John Hamm), fascinating, irritating, mysterious and charismatic as he was, it was also about Mad Women.
Even if we have never wanted to be a creative director of an advertising agency, even if we have a deep distrust for the advertising industry itself, no one who watched the series would have given up on their wish for Peggy Olson (Elisabeth Moss) and Joan Holloway (Christina Hendricks)  to make it to the very top of that most slippery of professional poles.

I don’t want spoil the plot for those of you who haven’t seen the final episode but it is worth saying that that enigmatic smile on Don Draper’s face says so much about the particular genius of Mad Men. The plot may have been gripping, the drama often heart-breakingly tense, the characters quirkily vivid but in the end we were never allowed to get inside their heads to find out what they were really thinking. The series was as full of ambiguities and unanswered questions as real life. Remember that the next time you sit on a train or a bus opposite someone with the kind of enigmatic smile that animates Don Draper’s face just when you want to know what’s going on in his brain. That is why I loved Man Men so much. It showed us our fellow mad men as we really perceive them – whether we like our own isolation or not. 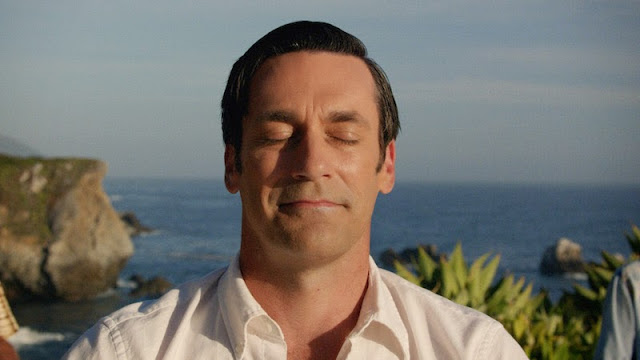 And just because I didn’t want Mad Men to end, here’s the opening titles sequence, one more time: