I went to the Victoria and Albert Museum in London on Friday and it was enough just to have tea and a glass of wine in the Victorian Gothic tearoom listening to a solitary-looking man playing Cole Porter on a nicely dusty grand piano. 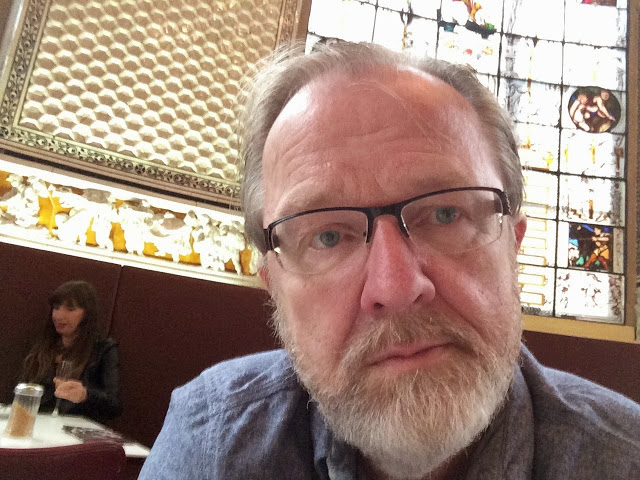 I’ve always loved the Victorian ambience of this wonderful example of 19th Century British civic benevolence – inspired by the Great Exhibition of 1851 which brought to London, then the centre of Empire, examples of manufactured products from every nation. The V & A, is still the largest museum of the decorative arts in the world and has, as they say, something of interest for anyone who has eyes to see. 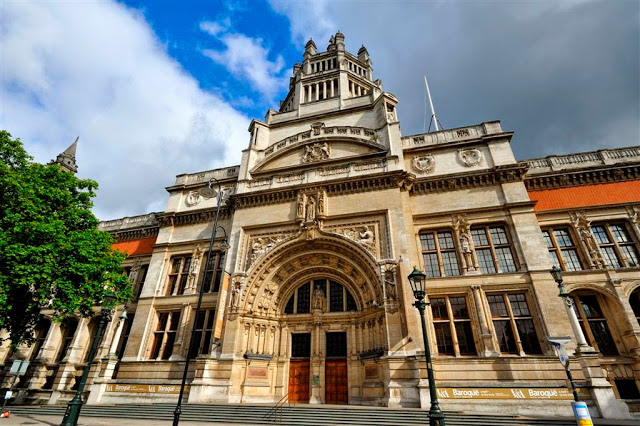 I particularly like the Gothic and Renaissance rooms with their statuary, altarpieces and wood carvings now displayed in impressively wide open spaces. 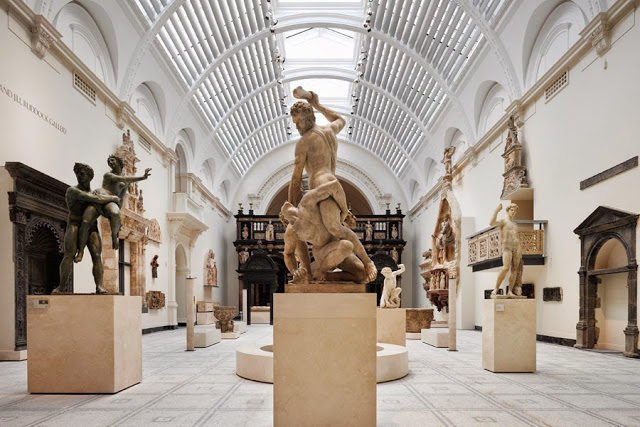 On Friday, though, I was there for something altogether different or, just maybe, not really that different at all. 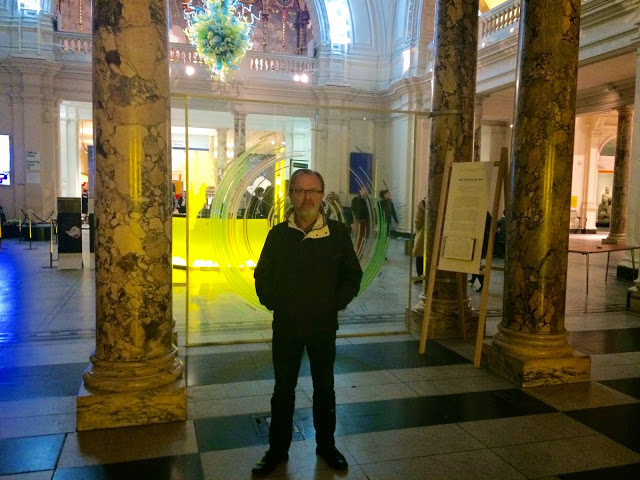 I managed to get tickets for the much talk-about and now extended Alexander McQueen exhibition, Savage Beauty and was suitably and surprisingly wowed by this sensational multi-media show celebrating the great fashion designer’s genius.

Beautiful it was but savage too – it was also genuinely thrilling even if you have no interest in designer clothes. Photographs can’t show the full wonder of this show which was originally shown in the Metropolitan Museum, New York, the city that took Alexander McQueen to its heart long before us Brits caught on. In the wake of what was apparently a triumph in New York, the show has been enlarged and extended for its visit to the very unstuffy V & A in London. 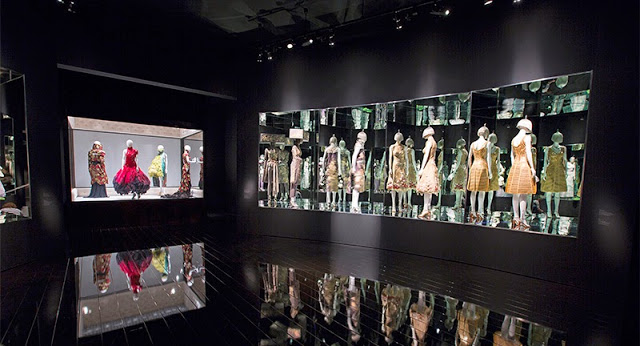 If you haven’t seen it yet, then book yourself a ticket because it really is extraordinary. It’s a large show, in so many ways, with a series of contrasting rooms each redolent of different aspects of McQueen’s macabre sensibility. 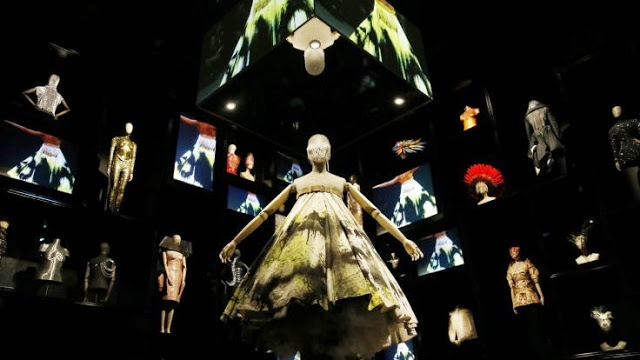 Here science fiction meets horror, glamour and eye-watering extremes of Gothic in a series of dramatic displays made even more magnificent by the video inserts, sensational lighting and visceral music tracks reproduced with theatrical and cinematic virtuosity. 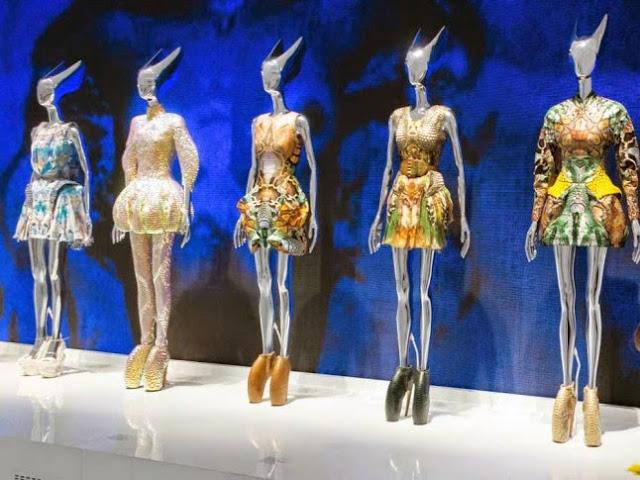 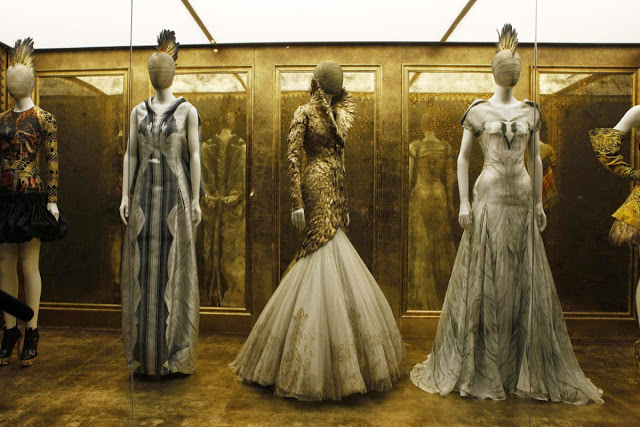 Not all of the clothes would be suitable for a respectable afternoon tea party but that might be why I liked them so much. 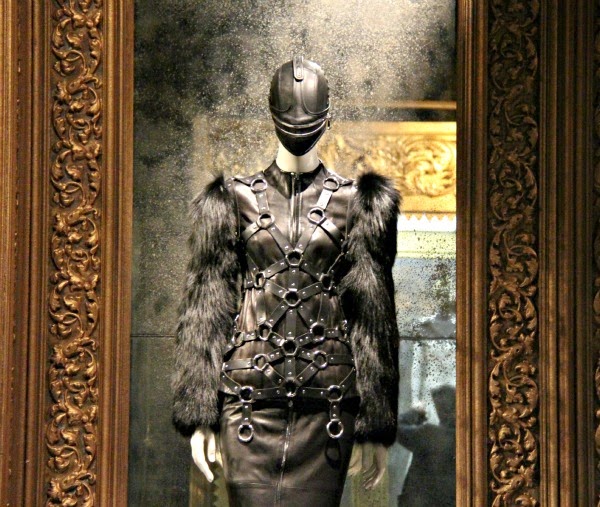 I had not realised until seeing this show that Alexander McQueen didn’t just design frocks, he was a genius. His suicide was a terrible tragedy, of course, but seeing these powerfully probing works with their unflinching eye for the macabre and the sinister, his death appears less surprising. I shall think of him every time I return to those Gothic and Renaissance rooms down the corridor from this conscious-shifting exhibition. 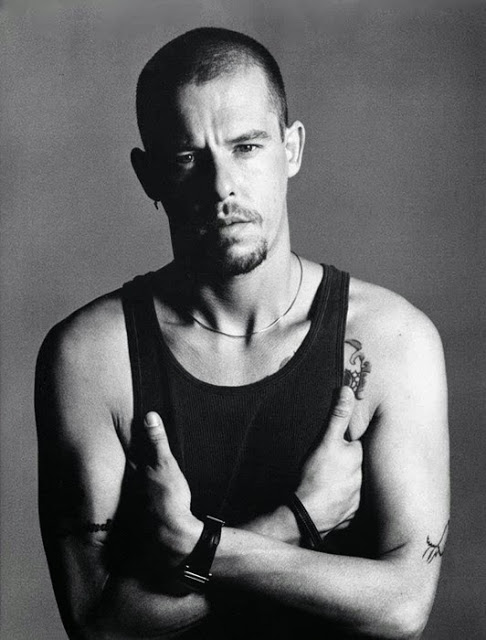 Here is a hologram from the exhibition – Kate Moss totally McQueened: