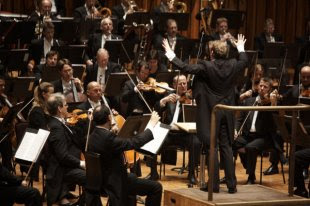 The Times ran an article yesterday that might have seemed dull to some but was pure delight to a classical music geek like me. They asked nine different writers to name their favourite numbered symphony – each writer having just one number.  Nine, of course, is the magic symphonic numeral after Beethoven’s monumental canon of symphonies. Schubert wrote nine too – or eight and a half if you feel his Unfinished sounds, well, unfinished. Mahler, neurotic in most things was positively frenzied over the thought that he would die, like Beethoven, after finishing his 9th so he called his real 9th, The Song Of The Earth, a song cycle and then wrote what we call his 9th and, well naturally, he died before finishing his 10th – just like Ludwig Van.

Well, I can’t resist a musical game so I had a go myself and toughened up the rules by saying that you can only have a composer once in your list of nine symphonies. Inevitably things had to go mostly because the greatest symphony composers wrote a lot more than one great symphony and, also, Haydn and Mozart  didn’t get going until they got to double figures but hey, it is only a game.

So here it is, my list of nine symphonies I would never want to live without allowing for the fact that there are a whole lot more out there  as well:

Now it’s your turn – send me your list and we can compare, er, notes.