Now I know some of you will disapprove but, hey, I live in a so-called free country here in the United Kingdom so I can tell you about it without fearing that the police will come a-knocking at my door.  I own a rather splendid Japanese water gun, well it is more like a cannon really once the pump action gets going.

I bought it after I had failed to explain to a local, unneutered tom cat that my garden was not a feline lavatory and neither was it improved by the odour of his scent or his nocturnal sex-life. There was only one legal solution, so I bought the water gun and sat in wait.

It not only worked after a few direct hits but, and this is the shameful bit, it was really good fun too. 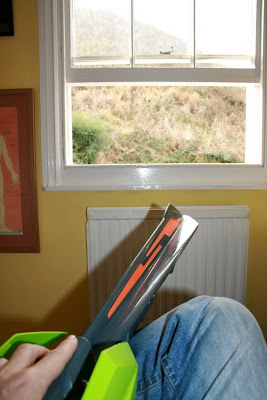 Fun with water pistols was the name of the game in Tehran last week too when over 500 people came to play in the Fire and Water Park organized by that most democratic of modern institutions, Facebook, the online social networking site that is the bane of totalitarian regimes around the World. You can see by the photographs that they were enjoying themselves and I would have loved to have been there. 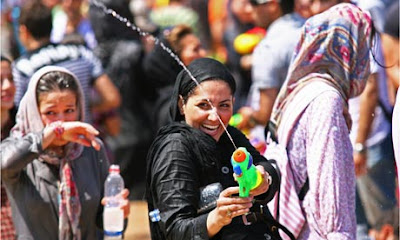 Sadly, Iran’s weird, dreary and joy-denying government decided that such behaviour was “abnormal” and “un-Islamic” and some of the participants have now been arrested. 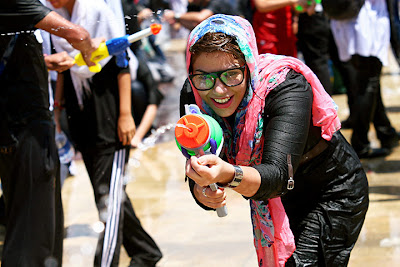 Apparently justifying the police action, the head of Tehran’s “morality police”,  the grim-faced Ahmad Roozbehani is quoted saying: “A mixed-gender event took place on Friday … They had been asked to bring water pistol toys, which most of them had in hand … they acted against social norms.”  Then one Hossein Ibrahimi, a “conservative” MP, added that such events would spread “corruption” and were “shameful”. One day, it won’t only be people lucky enough to live a long way away from these depressingly fanatical authoritarians, fun-loving Iranians, whether they are Islamic or not, might well decide that enough repression is more than enough. How wonderful if a revolution could be started with water pistols. 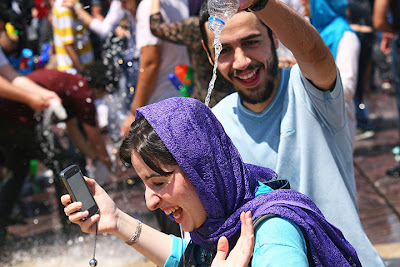