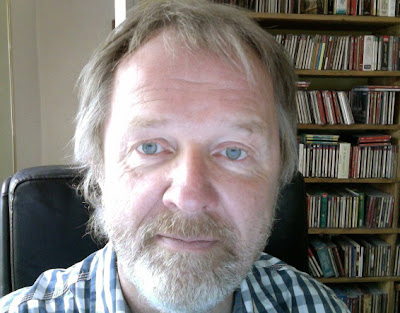 I met someone in town yesterday afternoon and he was amazed to see me. We hadn’t met since the bad old days of my early months of recuperation after my brain haemorrhage. He was genuinely surprized that I was looking not just better but well – bouncing was the word he used.

Now people often say you look better and it is usually a form of sympathy. You know, cheer him up and if I say he looks better we might get to talk about how he nearly died and all that grisly stuff. You know that one, you can see the curiosity written all over their faces.

People always used to say you look well when you put on weight too. Looking well was looking fat, in the days when the “First World” also had starvation and incurable outbreaks of tuberculosis. Nowadays, it is only a senior generation who thinks well means over-weight.

Sudden loss of weight is still a worrying symptom but looking fat is most definitely not a sign of health.

I lost a lot of weight immediately after my little incident and then, over a period of two years had to be careful not to raise my heart-rate and, consequently, along with the broken back that was the unfortunate side-effect of my haemorrhage, I was forced to lead a life for a bit like that of your average couch potato. consequently I began to look “well.”

If you have a serious illness that demands a long, slow and boring recovery period, you begin to look for signs of feeling better from day one. After year one, it was becoming a bit of a drag, after year two, I thought that maybe some symptoms would last forever. Feeling well can depend so much on what you expect. It is like replacing seriously out-of-date spectacles (eyeglasses) and realizing how much you had forgotten would you should really be able to see.

Well as we reach high Summer with Autumn peeping over the horizon, I have begun to think of 30th. October, the third anniversary of my brain haemorrhage. My neurologist discharged me into the hands of my GP last December with hopeful words of a more or less full recovery. My remaining symptoms, she said, could gradually disappear over the next few years but I should refrain from driving until I am sure that those “absences,” which, in her opinion, are vestigial seizures, finally disappear. She was hopeful that this could happen as my brain finally reroutes round the damaged bits in my left frontal lobe. This could also be true, if I remember to practice my speech therapy exercises, with the remaining neurological stammer which is now rarely noticed by other people but which is an annoyance when you can’t always say words you want to use.

These symptoms are hardly enough to invoke mass sympathy when the other outcome of my case could have been death so I am not only not complaining but I haven’t been that worried about the possibility that these cerebral injuries will remain as signs of the brain damage that occurred that day nearly three years ago.

After discharge, I was allowed to raise my heart-rate again and I have been working on getting back to “full” fitness ever since with a mixture of martial arts practice and visits to the gym. Thanks are due here to my ever patient and inspiring Kungfu instructor Neil and my sympathetically focused doctor-sponsored personal trainer, Ricardo.

Meeting that man, James, in town has confirmed something. His furrowed brow when he asked how I had been, said a lot just as his rather touchingly pleased expression showed that he really did see a change in me.

Something has indeed changed within the last two months. I haven’t been having those “absences” and, more than that, I am going through one of those new pair of spectacles moments. I think I had forgotten what feeling well really feels like and maybe you never do remember until it happens. I do believe that this is what I am feeling now. I may still stumble over a few words but, Hell, I feel great. You know, I might even forget that anniversary this year.

Whenever I think of feeling better though, I remember the movingly tragic ending to Verdi’s sublime opera La Traviata. Violetta is dying of tuberculosis but she is finally united with her lover and, in the moments before her death, she think she is miraculously cured and that life is returning to her. It isn’t of course, well this is Verdi folks. She is feeling the power of love. We all have to go some time or another but to go feeling the joy of life is the best that we can hope for.  Her final words, and interpret them as you wish, are “O Gioia!” – Oh Joy!

Here is the wonderful Mirella Freni as poor Violetta, the lady of the camelias: